We had the good fortune of connecting with Rebecca Ulmo and we’ve shared our conversation below.

Hi Rebecca, what role has risk played in your life or career?
I think one of the privileges of the freedom we have as artists, is the ability to take risks. In a competitive industry such as the film industry, I’ve observed that the ones who “make it,” are the ones who took risks throughout their career. In the beginning of my career, the risks I’d take were more about putting myself out there and finding a way to be comfortable when uncomfortable. It’s an essential trait that is needed for healthy competition. As a young filmmaker, I would observe what someone did when they were made uncomfortable and picture how I would like to handle that situation in the future when it happened to me. I had to start practicing getting stronger at these kinds of things. Exercise was a great physical and mental practice for the demands of the job. It can be a way to practice being uncomfortable and seeing the results of your efforts pushing through. As my career as an assistant progressed, so did the degree of my risk taking. I realized in order to keep moving forward to my goal of being an operator, I needed to become more valuable in my skills as a camerawoman. My husband and I had a camera at the time and we were shooting commercials on the side in between assistant jobs. He came across a “new technology” and thought it could be an interesting addition. That item was a 3 axis stabilizing gimbal. No one in Atlanta was using it, and I was the only person who was taking the time to learn this piece of equipment. Now, 7 years later, we own our company “Atlanta Gimbals” and are supplying and working with gimbals on television, commercials, and motion pictures. I developed a skill that was rare because of a risk I took, and in time, the gimbals came knocking on the film industry’s door. I was now in a position to move one step closer to becoming an operator. The gimbal was not only something I had to learn as a technician, but it’s a camera operator’s tool most of all. Currently, I’m working as a gimbal technician/operator. The current risks I take now are technically challenging. I’m asked to help figure out ways to do complicated shots with the gimbal and I’m put on the spot to make it perform in extreme scenarios. Everything I’ve done up until this point has trained me. Even though I’m under uncomfortable pressures at times, I stay calm and efficient while performing at a fast pace. I’ve learned how to communicate to crew members and give direction in an orderly way. I thrive within the pressure and responsibility. I know I am ready again for my next risk. I am not afraid of taking them anymore, because I know now that if I push and if I keep a good attitude, I’ll never stop climbing. 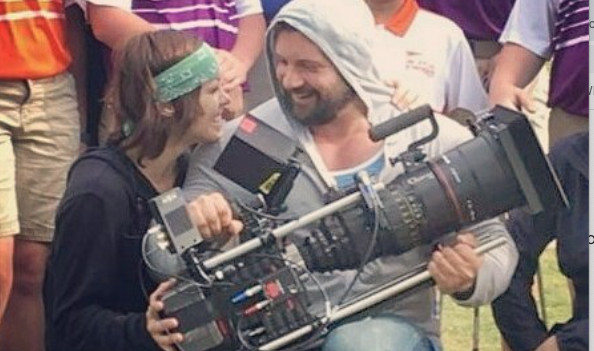 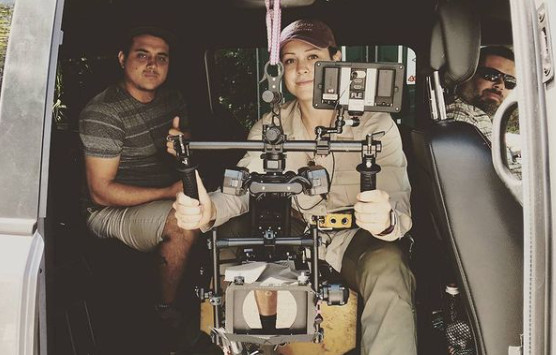 Alright, so for those in our community who might not be familiar with your business, can you tell us more?
I own a business with my husband called “Atlanta Gimbals.” We are the only gimbal company in Georgia at the moment. We supply gimbals and gimbal tech/operating to commercials, television and feature films. The reason we are the only gimbal company is because gimbals are somewhat new to the industry still. We had picked up our first gimbal about 7 years ago and learned how to use it before anyone else. It’s not that we knew it was going to turn into what it is now, but we couldn’t afford a stedicam for the commercials we were shooting. So, we tried a new cheaper option and dealt with the frustrations of learning it at the time. Now, there are more operators are starting to pick it up as well. This is a good thing of course because gimbals are here to stay for a while. I plan on always getting better with the gimbals and gimbal operating. Over the year’s I’ve had customized parts made and I’m always trying to develop new tools as well to make the gimbal perform better. I’ve been able to develop good relationships with the gimbal manufacturing companies and further my education.

Any places to eat or things to do that you can share with our readers? If they have a friend visiting town, what are some spots they could take them to?
The aquarium is relaxing. I’d also walk through the Botanical Gardens. 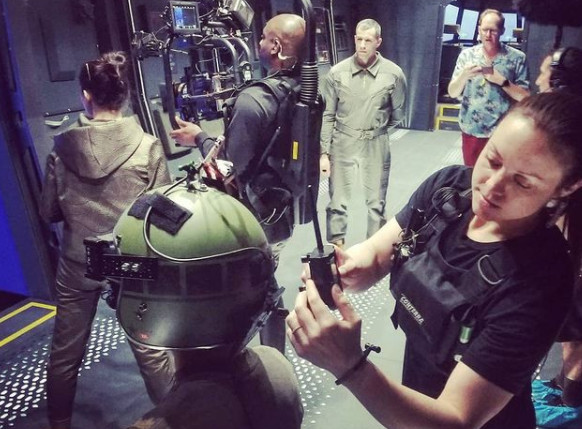 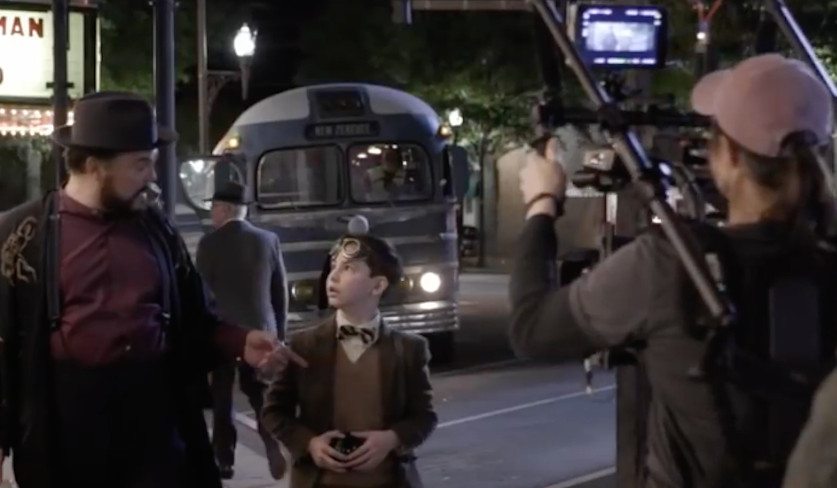 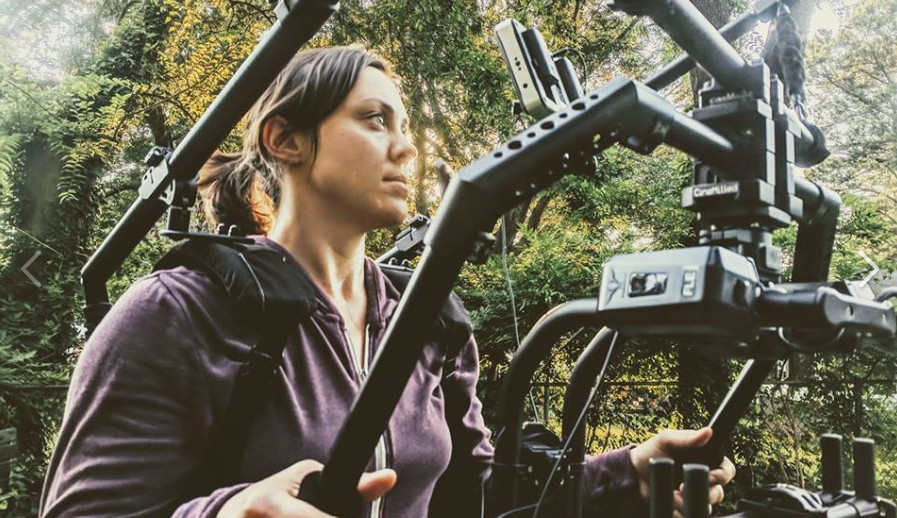 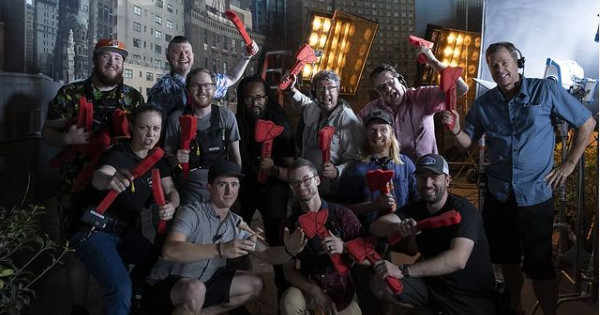 Shoutout is all about shouting out others who you feel deserve additional recognition and exposure. Who would you like to shoutout?
My husband Daniel is my rock. We’ve been together since film school. We made movies together for years before we ever dated. He was inspiring to work with because of his passion for the craft, and he was always improving himself. Once we began dating, we kept making movies together, we graduated, we got into the union together as assistants, we made a business together, and now we are back to making movies together on a much larger scale. He’s been with me through it all, seen my struggles, my victories and my efforts pay off. He still inspires me to this day.