We had the good fortune of connecting with Rama Kazi and we’ve shared our conversation below.

Hi Rama, how do you think about risk?
Imagine reading a book where the protagonist was called to action for a life-changing adventure but they instead decided to stay home and continue scrolling through Twitter. How many pages would you have remaining before that book became a paperweight?

The fear of failure is often what holds us back from our true potential. Just a few years ago I was clocking in for hourly wage jobs with no real sense of identity outside of being both Black and South Indian. This was the me that had filled out multiple cycles of medical school applications after earning a Neuroscience degree from Vanderbilt and a Master’s in Biomedical Science with the loans to match. This was the me I thought the world wanted to see. One day I was blessed with the grand idea to make a bhangra-hip hop fusion track called “Bollywood Swing”, which would become Rama Kazi’s first single. My belief in this idea led me to invest 6 months and close to $600 trying to make it as perfect as possible with no plan around a pay-off. Around the time of its release however, an award-winning web series reached out to license the track as their intro song and was able to offer me double my overhead for creating this song. It was obvious from that moment that this next path was part of God’s plan. Shortly after that, I took the biggest risk of my life by leaving my full-time job right before the pandemic and shifting my own plans from medicine to pursue this serendipitous opportunity. All of the money from my sync license was spent on creating my debut album, with the promise that every dollar made from music would continue to be reinvested. Many of these risks have been illustrated in my songs such as “Delusions of Grandeur”, “ “F.I.L.A.”, “Blue Dream”, “10,000 Hours”, “Get On”, “95 Source Awards” and “Check 4 A Milli”.

Taking a risk on your future is never easy but that’s what gives the reward its value. Sometimes things do not go as planned and you have to start over or even take a few steps back. I’ve lost money on investments that will never see the light of day but everything has always worked out in it’s own way. At the end of it all though, the attempts that do not come to fruition will probably end up becoming a great story later. It’s worth it. 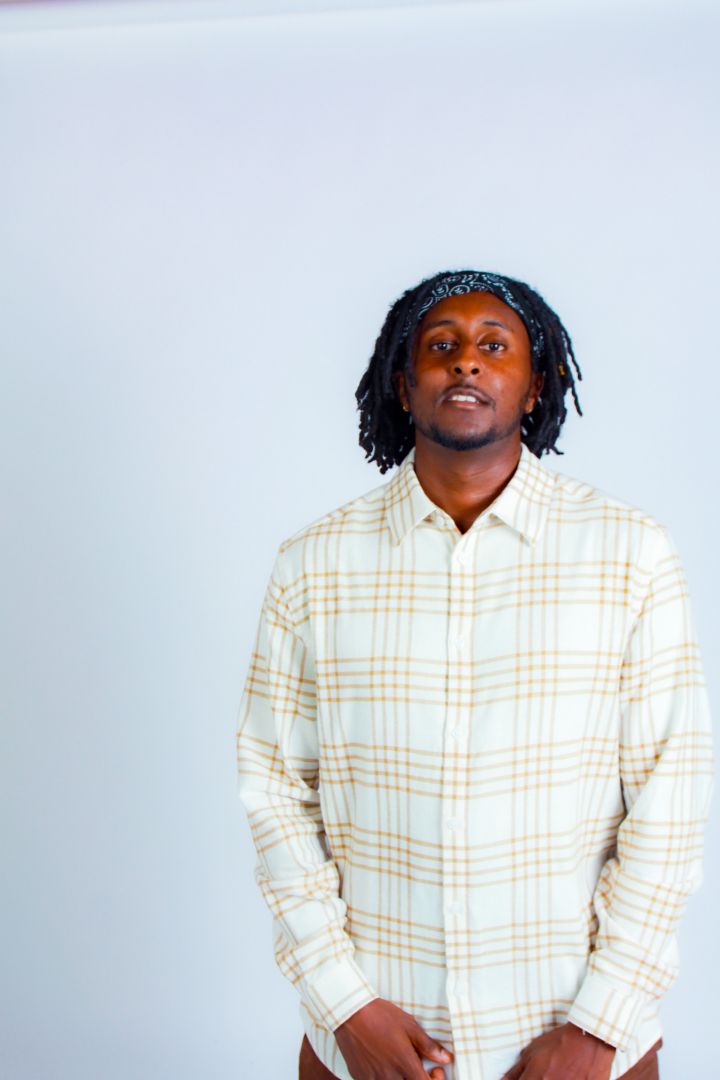 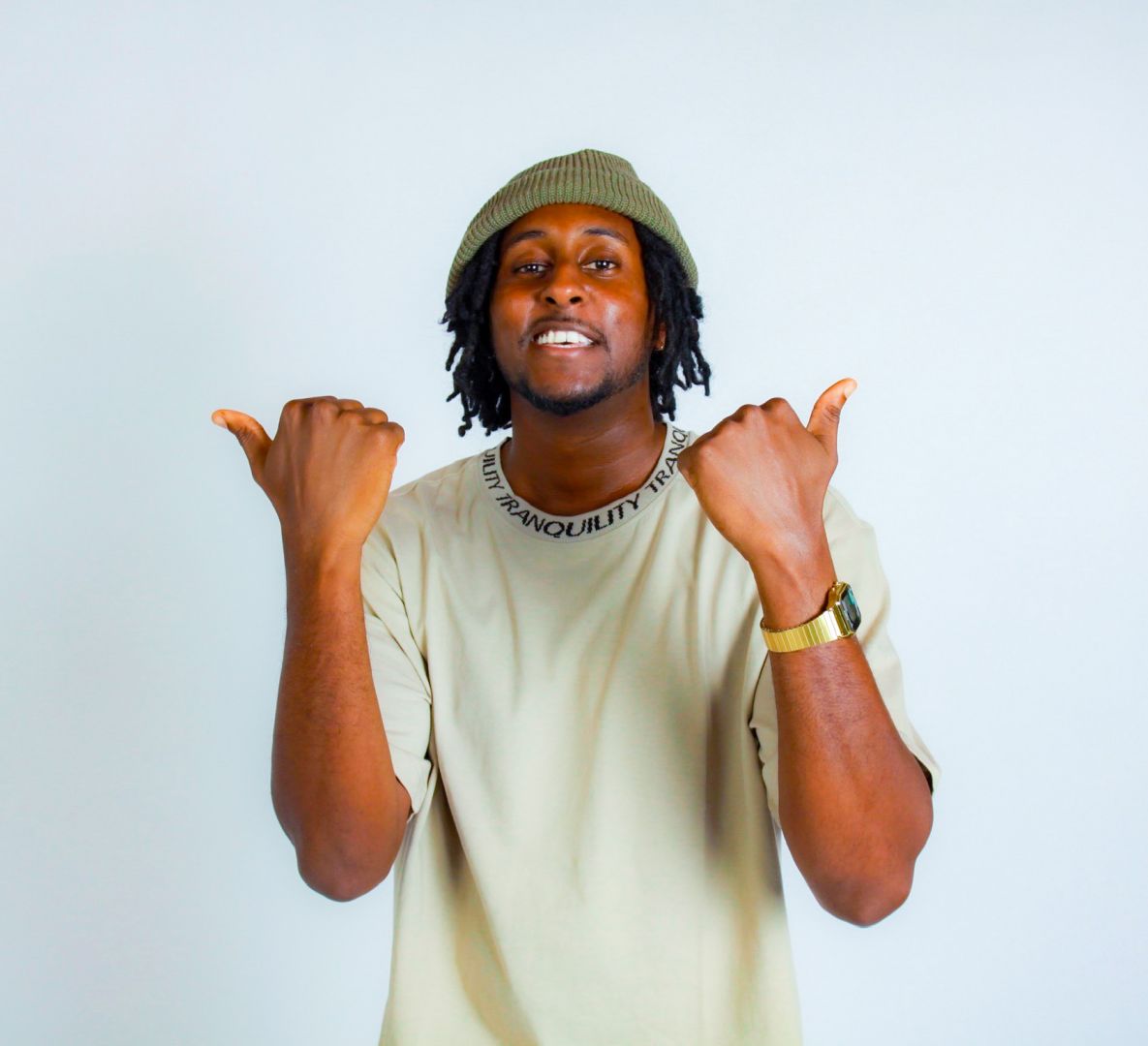 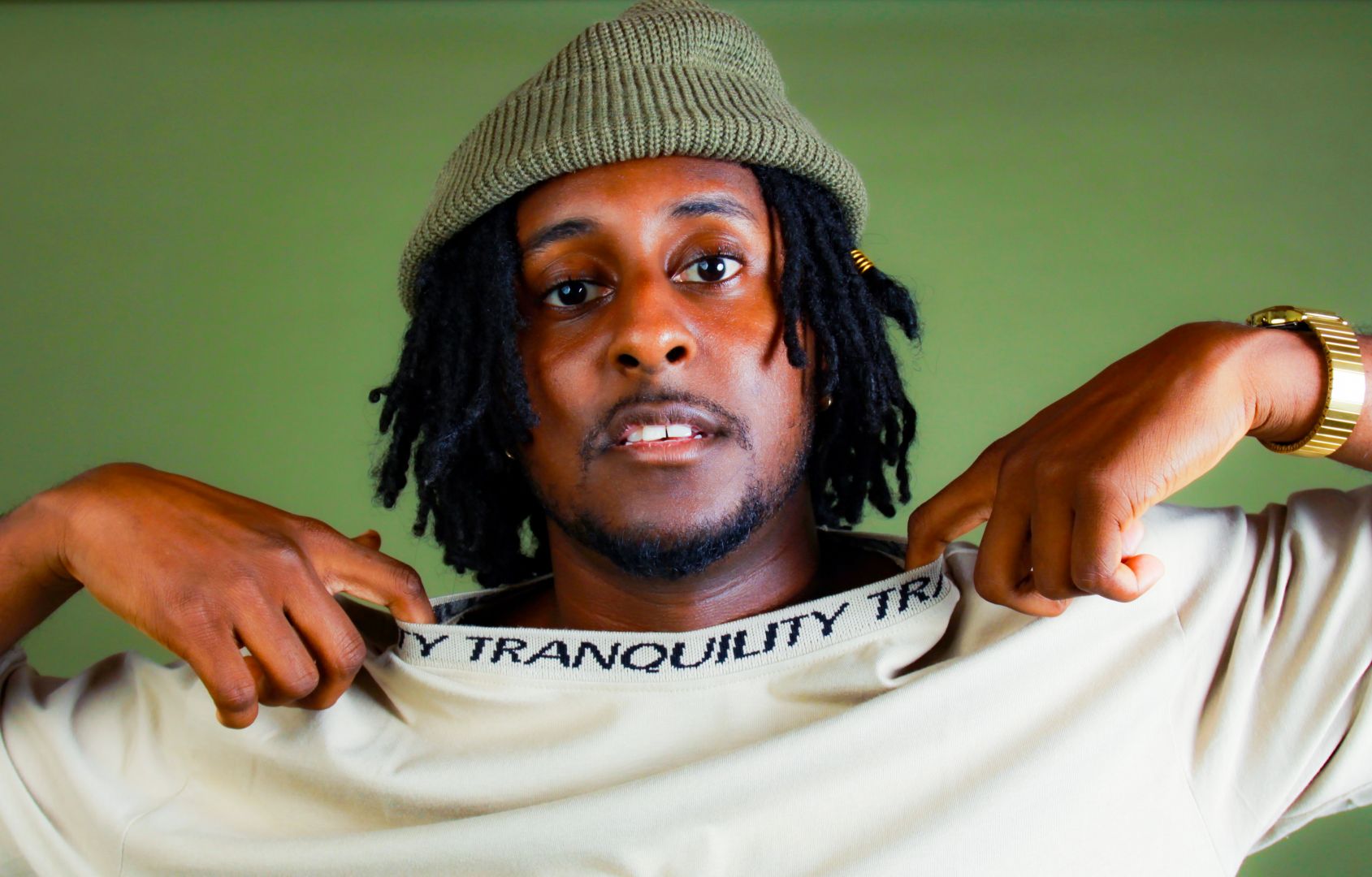 Let’s talk shop? Tell us more about your career, what can you share with our community?
I’m a storyteller by design so my entire catalog illustrates my life and the lessons that led up to my current worldview. Some of the significant challenges I faced in my journey include defining my identity as both a Black and Indian man, leaving a career path in medicine to pursue my passion as well as learning to become high-functioning with ADHD. Through it all I was blessed with lifelong relationships, a strong education, brotherhood within Omega Psi Phi, dozens of rotations from BBC Radio, multiple brand partnerships for one of my songs, various opportunities in research, artist interviews, headliner performances and supporters who’ve told me how my music has impacted their lives. These successes were far from overnight and started in my childhood.

My mom brought home a Casio keyboard when I was in elementary school. Up to that point, my children’s church choir was the only musical activity I had been involved in. One day she heard me playing the “Franklin” cartoon theme song by ear as it was airing on TV and she subsequently put me in weekly piano lessons with Mrs. Lockhart. I learned the fundamentals of classical piano for 7 years and eventually joined my high school band for clarinet. These are the experiences that taught me music theory for my production skills.

As a young avid reader, my rhythmic writing began with poetry in early middle school. Around this time I had also created a series of fake album covers with imaginary tracklists and booklets. Eventually I began to write lyrics to those track names in the booklets. My verses had also transitioned from the exclusive privacy of my rhyme books to freestyle battle comments on Youtube beats and public Facebook notes. My rap name also went through dozens of iterations from Mirroge to Raj before finally becoming Rama Kazi. This is where I began to grow as a songwriter and lyricist.

The first recording I ever released was a verse over the “Throw It In The Bag” instrumental in high school. It circulated around some of my classmates and led me to embrace my abilities as an artist. Between my time at Central Gwinnett and Vanderbilt, I began recording on various studio set ups and participating in freestyle cyphers. After graduate school I recorded two mixtapes for Datpiff and would occasionally perform open mic nights with Apache. These sessions were fundamental for my understanding of the production process.

There are five important lessons I’ve learned from my story thus far. The first is that authentic living reciprocates authentic blessings. The second is that negativity is often rooted in fear. Thirdly, happiness is a perception and not an emotion. The next lesson is that friendship is truly essential to the soul. Finally, I’ve learned that we each have the power to write our own stories since reality is an illusion of the mind. This wisdom has alleviated most of the fear and limitation from my life. 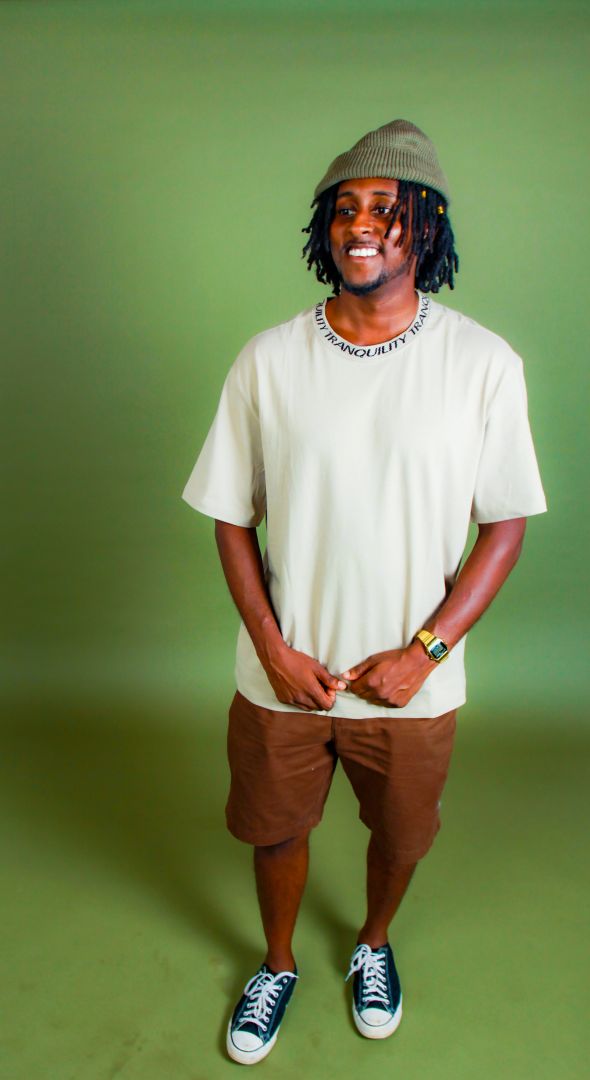 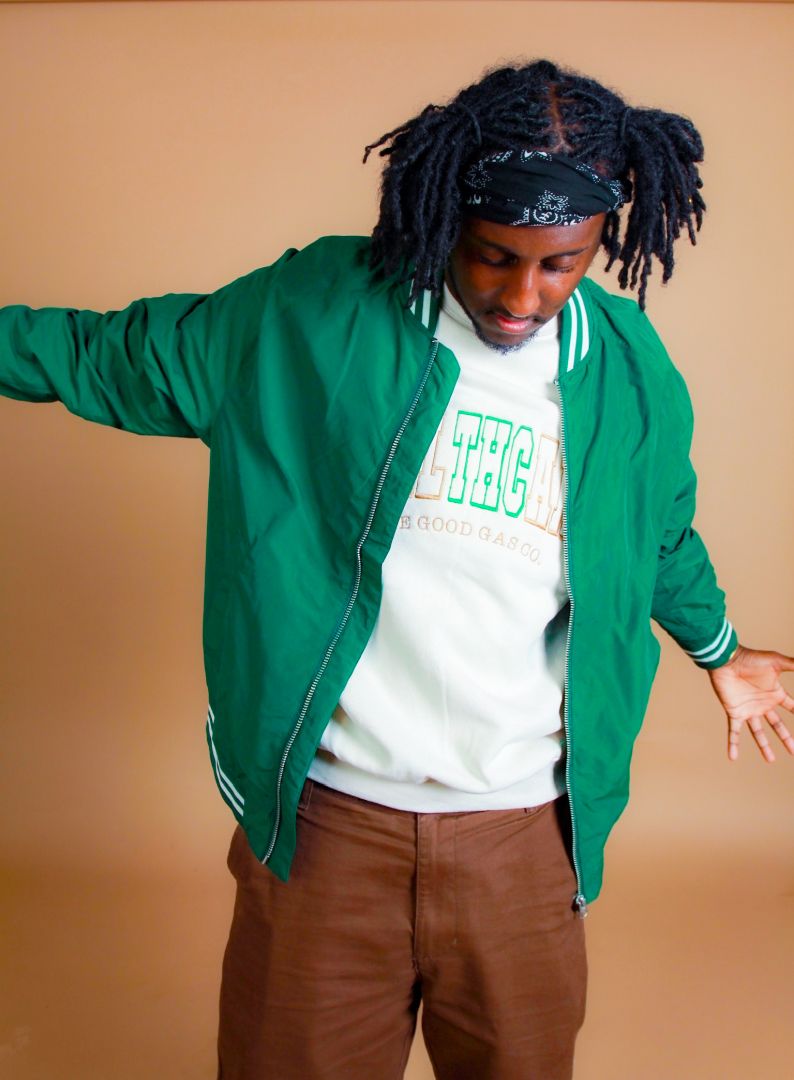 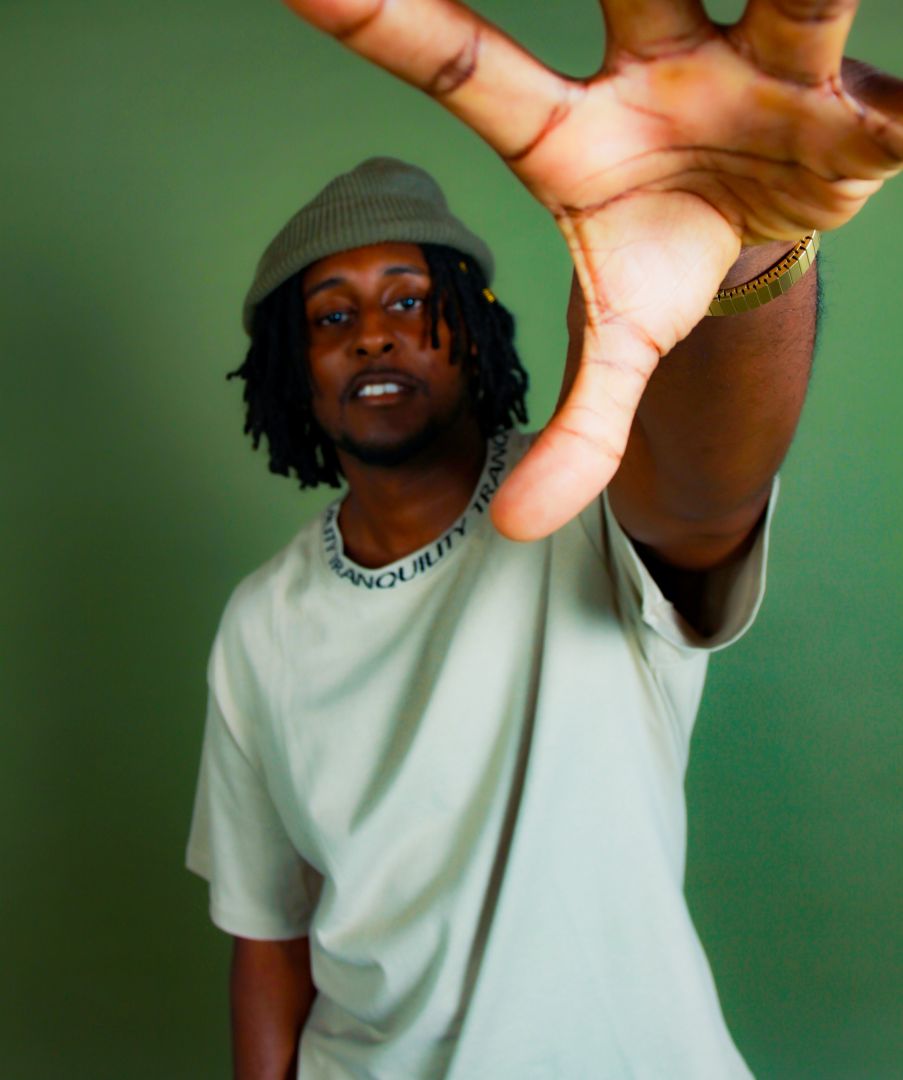 Any places to eat or things to do that you can share with our readers? If they have a friend visiting town, what are some spots they could take them to?
The best part about Atlanta is the vast variety of vibes you can find here; the worst part is that you can’t experience most of it in a week. However if we were to try, the morning would start with Thumbs Up Diner, Highland Bakery or Waffle House depending on our energy. We could burn the extra calories afterwards by skating at Old Fourth Ward, running the Blueway Trail or sparring at a Premier Martial Arts dojo with my senseis Jesse and Joe. Lunch or dinner would be from Bismillah Cafe, Scoville Hot Chicken, Desta, Foxx Original Jamaican, Pho 24, Birria El Gordo, Ike’s Cafe, Jamal’s Buffalo Wings, Provino’s, Chef Parsley or one of the amazing international restaurants on Buford Highway. We’d spend the daylight hours walking the Bamboo Forest on East Palisades Trail, crate digging at Criminal Records, observing the recycled litter art on the Doll Head Trail, shopping for rare imports at Dekalb Farmers Market, playing every decorated piano hidden around the city, tubing on the Chattahoochee, downing bottomless mimosas at Red Pepper Taqueria, enjoying carnival games on the Ponce City rooftop and walking the Beltline with King of Pop’s. After sundown we could check out a double feature drive-in at Starlight, listen to live music from Overtime at OurBar, hit MJQ Wednesday’s, vibe to some classic R&B at The Groove, watch creative performances at the weekly All My Friends Variety Show, finesse our way into Red Phone Booth then enjoy the after-hours turn up at Babylon Cafe. It’s hard to choose only a week’s worth of activities with all of the options around but these gems will give you a very unique Atlanta experience. 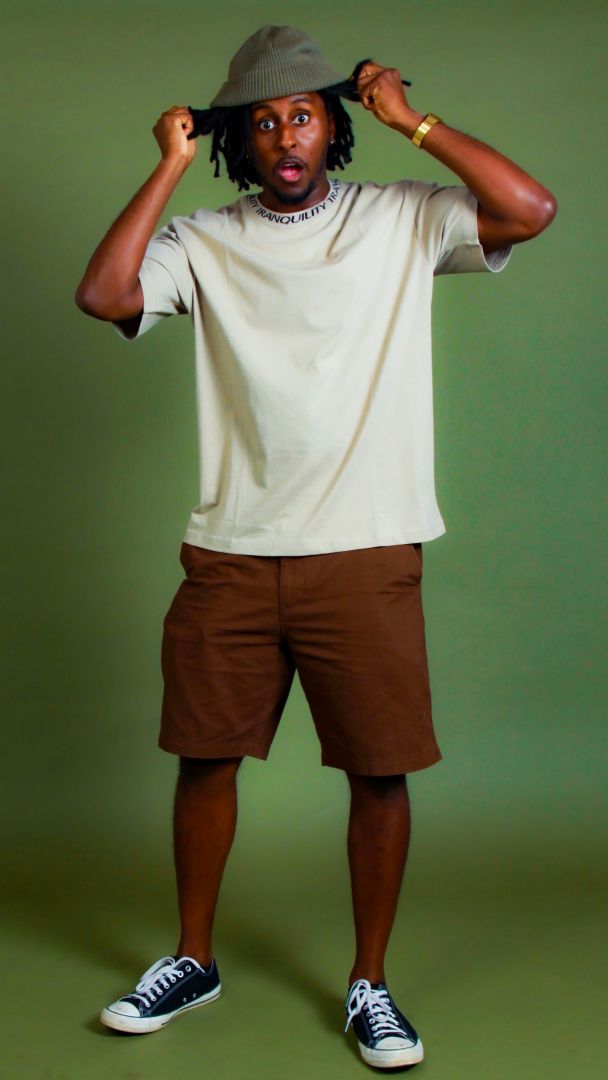 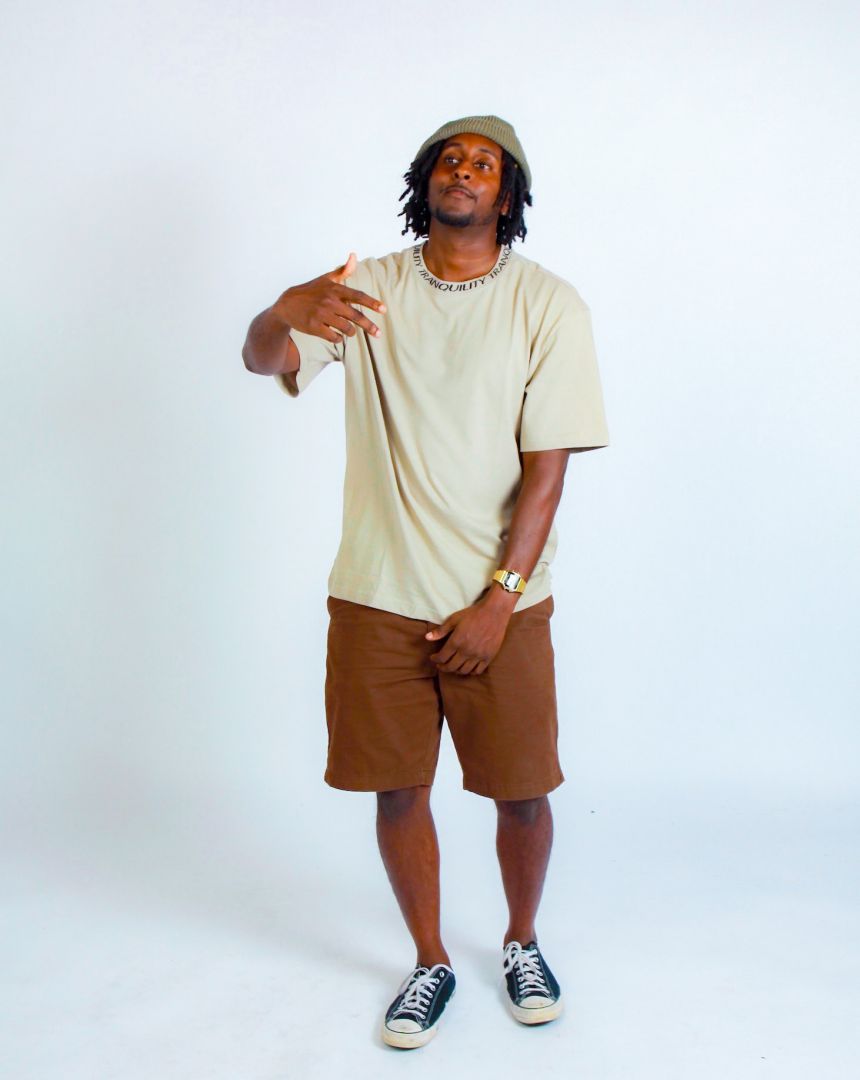 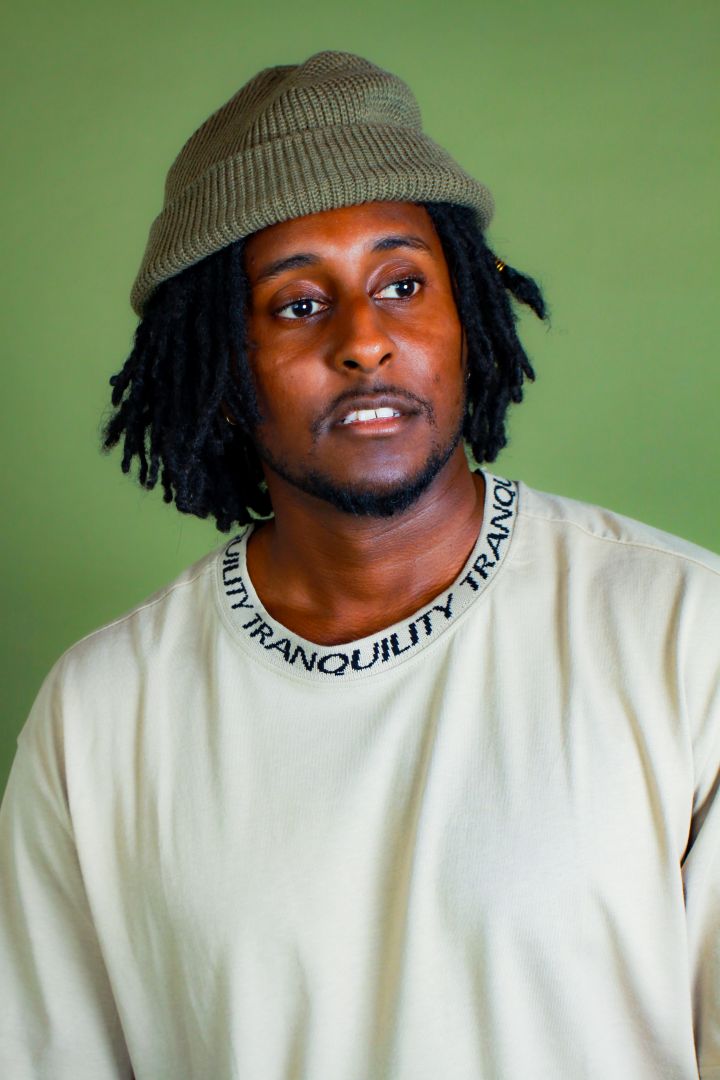 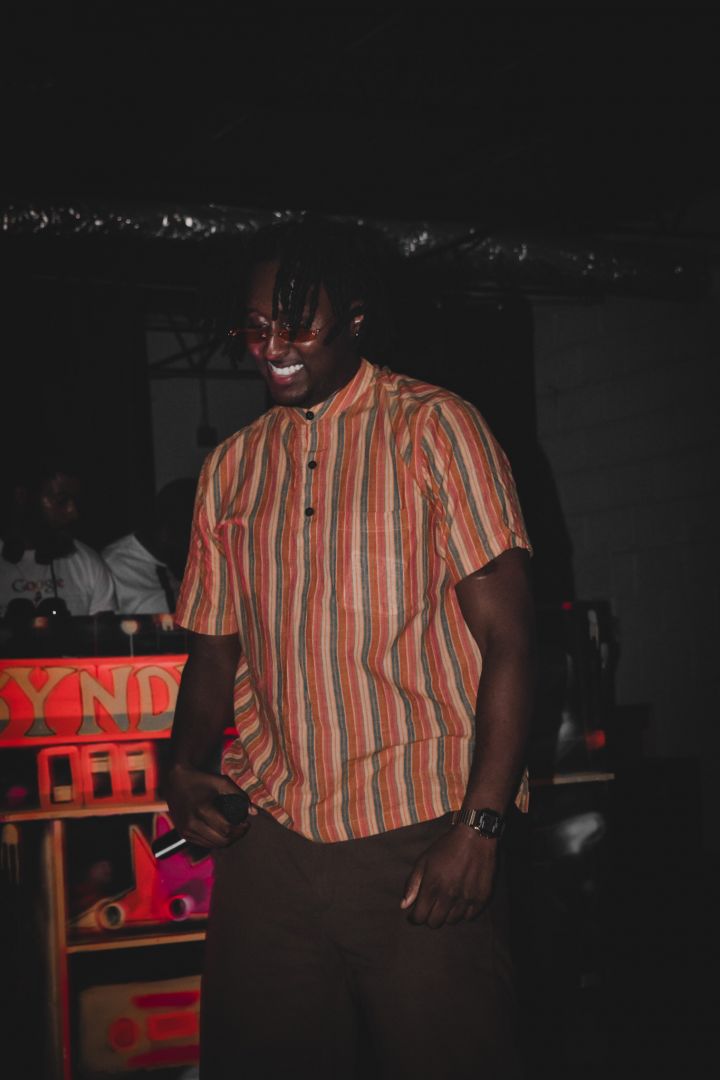 Who else deserves some credit and recognition?
First I’d like to shout-out the home team, ANiMAL and TheYungDragon, for teaching me the game and continuing to build with me throughout the years. Next, I want to give a very special shout-out to Nisha for being the most amazing and loving partner I could ask for; since the beginning her support has gotten me through many low points in this journey and her advice was a major influence on my decision to chase this dream. Thank you to my mom, dad, sister and extended family for giving me the tools to succeed along with every ounce of love that has shaped the man I am today. Shout-out to my talented cousin Sri Poornima for lending her vocals to my music, especially on “Bollywood Swing”. I’m grateful to Mrs. Lockhart for teaching me the piano through all of those years as well as the PHBC Children’s Church Choir for laying the foundation of my vocals and stage presence. Thank you to Richie Ortiz for coaching me on how to sing as well as collaborating on our music since we were kids. I want to thank to SAATH (Chai Again), J Wise and Shannon McIntosh for being the catalysts that pushed my music into a career.

I have to show appreciation to Ashanti Omkar, Almass Badat and BBC Radio for giving me my first radio spins along with Joseph from Blindian Project and Brown Girl Magazine for featuring me on their platforms. Thank you to Mustafa Abubaker, A-Dare and Akin Aworan for giving me my first artist interviews. Shoutout to Appallo Freed (from our Canis Forte days), Sloan Taylor, Bobby Petty and Jared Rubens for the countless early recording sessions that have been a crucial part of my 10,000 Hours. Another shout-out to Desmond Dennis and Jameson Sackey for helping me write my first synchronization licensing contract for “Bollywood Swing”. Peace to every artist that featured on my first album and were a part of my foundation as Rama Kazi.

I also want to give a special thanks to Raheem the Dream, Dallas Austin, Coalition DJ’s, Catedra from AREACH, Playlist Academy, the All My Friends crew, Chris from JustVibe, Larry from the BloccBoys, OurBar, Callabeats, AG Dynasty, the 93 Supreme team, Ruben from Check The Rhyme, Robert Jordan, 9 A.M. The Underdog, To Pimp A Tweet, Courtroom Media, the brothers of Omega Psi Phi, Henry Phillips, Jesse Darnell and Joseph Epps for being in my corner through this process.

Most importantly, I want to show love to every person who has supported me on this journey and either spun my music or shared it with their community. Y’all are the main reason that I have been able to grow in my journey. I’m sure there are still some names missing from this list but for my closest friends and those of you who I’ve been able to thank in person, you know who you are!

P.S. Thank you to Voyage ATL for previously featuring me on your platform!

Other: To check out my music, articles and all other updates visit this link: https://linktr.ee/ramakazi