We had the good fortune of connecting with Matt Siegel and we’ve shared our conversation below.

Hi Matt, why did you decide to pursue a creative path?
After a few years of working as a software consultant, I started to really desire having a creative outlet. I was spending a lot of my weekends at concerts and music festivals and slowly started to realize how much I loved the visual aspect of live shows and how my background in computer science could help me get started with VJing (visual jockeying) software. I toyed with the idea for a while and eventually took the leap in June of 2019, downloading After Effects to create 2D animations and Resolume to learn how to mix visuals for live events. Since then, I’ve spent a lot of time exploring different visual styles and mediums, eventually settling into exploring the 3D world and all of the challenges that it brings. I still do art only as a hobby, but I’ve consistently pushed myself to put in 2-4 hours every night after work into learning and experimenting with digital art. The more time that I’ve put into it, the more I’ve fallen in love with the creative process. 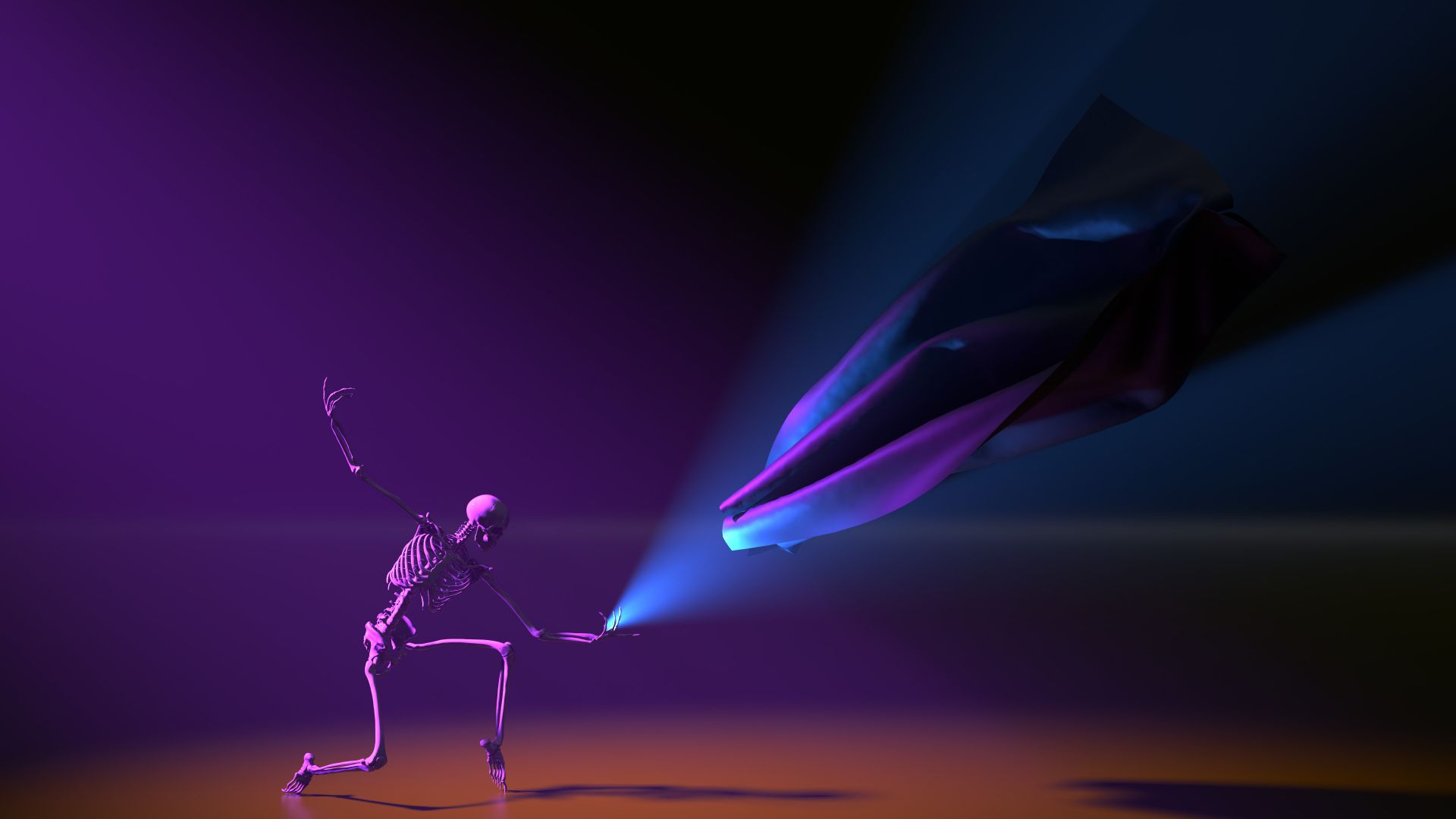 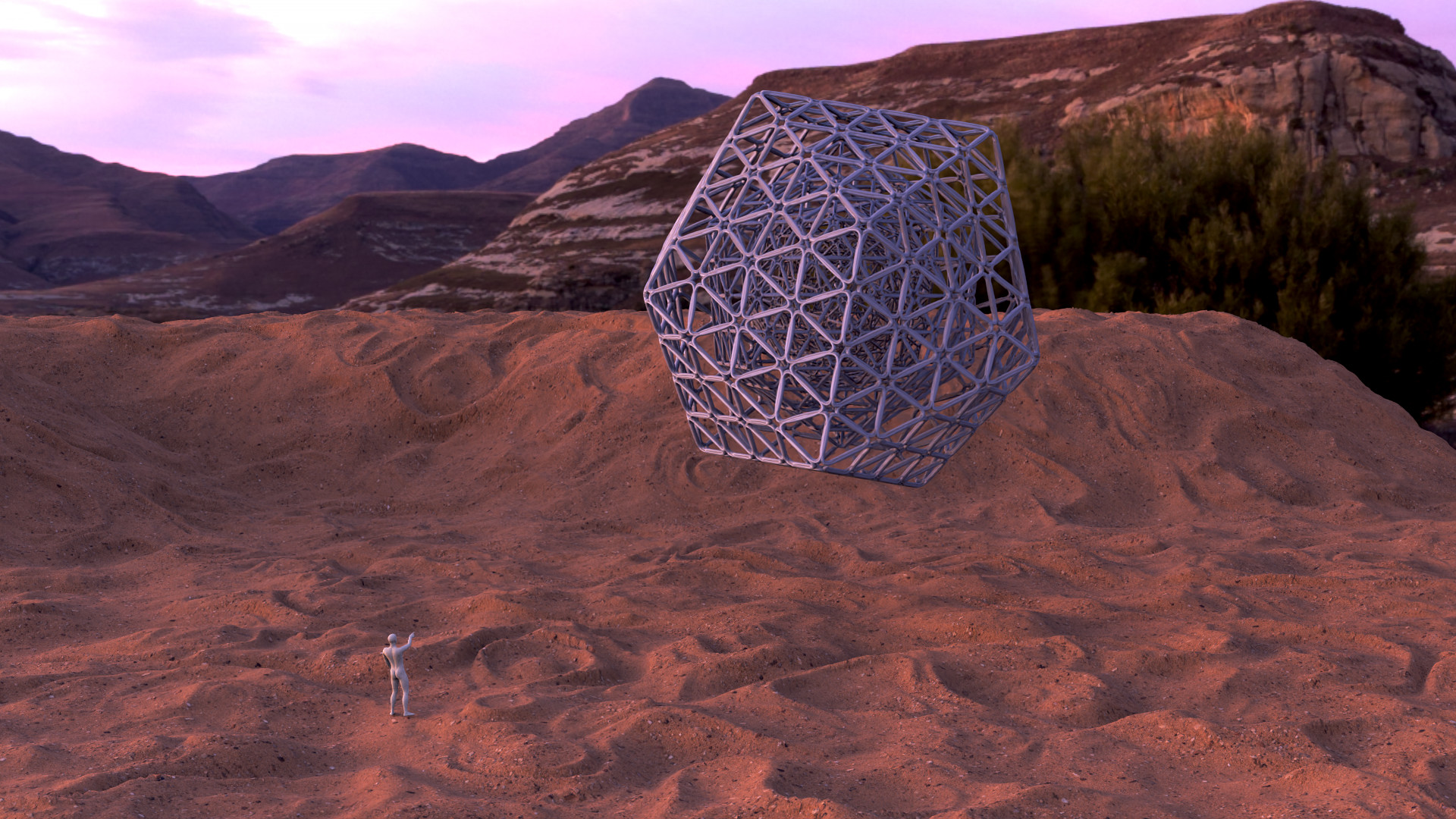 Alright, so let’s move onto what keeps you busy professionally?
So I make 3D art in a software called Houdini, which is primarily used for VFX, simulations, and (sometimes) motion graphics. Through a good bit of experimentation and exploration, I’ve narrowed the focus of my art down to three facets. The first is juxtaposition; whether it’s blending the real with the surreal, the unassuming with the absurd, or seriousness with traces of goofiness, I believe there’s a lot of joy in sensible contradiction. The second is collaborating with traditional artists — muralists, painters, sculptors — to bridge the unreasonably wide gap I’ve noticed between artists of different mediums. Through these art “remixes”, I’ve been able to breathe new life and bring an entirely new dimension to the incredible works of several artists in my city. The final is data visualization. As our species faces ever-increasing existential threats, it has never been more important to present important statistics in easily digestible ways to push social change. Houdini has a pretty steep learning curve compared to other 3D softwares, but the benefit is that there seems to be almost no limit to what you can do in the software. It comes with the ability to simulate just about anything you can imagine, it has its own coding language for building out functionality that doesn’t yet exist, and it uses a node-based workflow to give users the opportunity to build fully dynamic, reusable “systems”. The closer I get to “mastering” Houdini, the closer I will get to having my imagination and creativity be the only potential limitations to what I can create, and that’s really, really exciting to me. Since I am still fairly new to the scene, I don’t have many accomplishments yet to speak to. I made an animation as fan art for the band Glass Animals, and after having it featured on their Instagram story, they ended up putting it up on their page, which was super cool. I’ve also made connections with some really cool traditional artists in the city, and although I don’t want to name any names before doing a formal announcement, I’m currently collaborating on something really cool with my favorite Atlanta-based muralist. I’m eventually hoping to turn the collaboration into a bigger art exhibit that will involve a variety of different artists in Atlanta, but I haven’t even put together the pitch deck on that yet, so that’s still a ways away. I think the biggest lesson I’ve learned is that it’s important to put aside instant gratification and focus on long-term. When learning something new, you’re going to suck at it for much longer than you’d like, but it’s important to focus more on what you’ll be making in a year or two rather than what you’re making in the moment. Keeping your eyes on those future goals is invaluable to pushing yourself to grind and not judging yourself too much on where you currently are in the learning process. 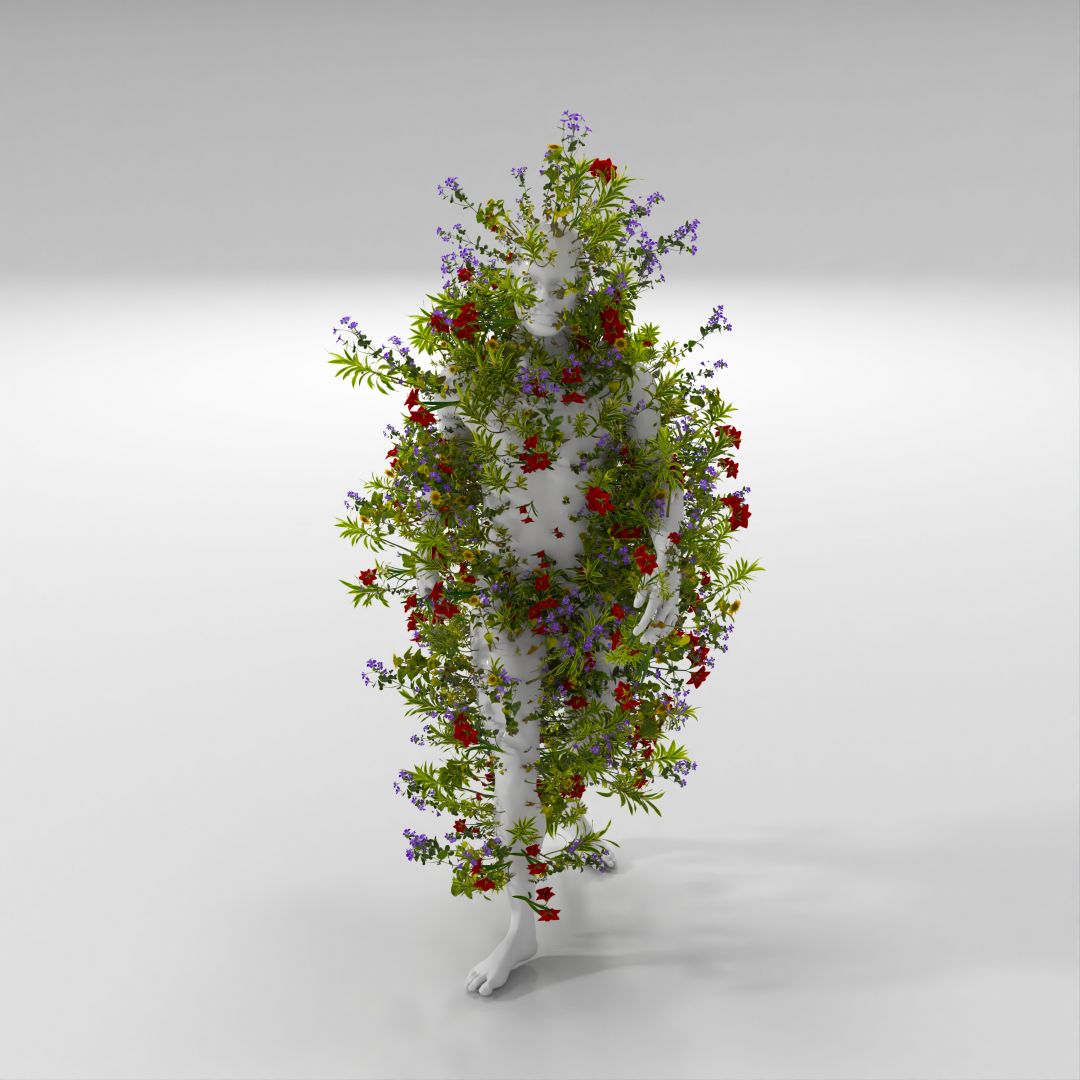 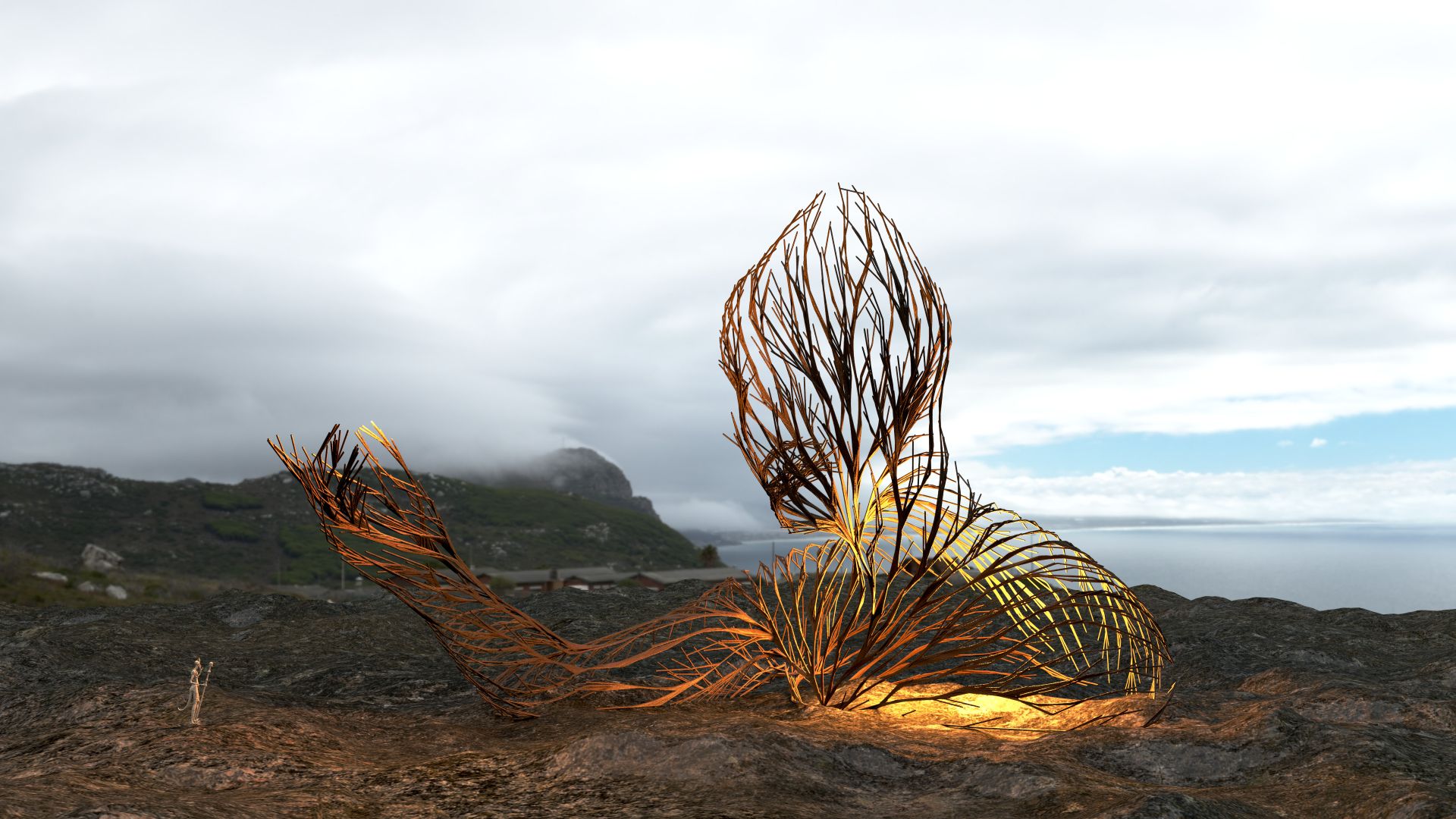 Let’s say your best friend was visiting the area and you wanted to show them the best time ever. Where would you take them? Give us a little itinerary – say it was a week long trip, where would you eat, drink, visit, hang out, etc.
Oh man, that’s so tough with covid, but I’ll pretend that they’re visiting in either pre- or post-covid times. I’d take them to a bunch of breweries. I’d show them the High Museum, ABV Gallery, different art marketplaces and print shops around Atlanta.. I’d take them through the Krog Street tunnel and then to Krog Street. I’d introduce them to delicious vegan foods in Atlanta like Slutty Vegan, Plant-Based Pizzeria, Villy’s, Grass VBQ, Soul Vegetarian, Cafe Sunflower, Herban Fix, Dulce Vegan, and ChiChi’s, to name a few.. I’d definitely take them around the belt line, maybe do a little Marta tour, show them the different parks of Atlanta, try to get them to come on a week where there’s a good concert that we can go to so I can show them some of Atlanta’s venues. It’s tough to nail down all the places I’d take them because there are so many things I haven’t been able to do in a year now because of covid, but I’d try to give them a really nice overview of the art, food, and beer scenes we have down here. 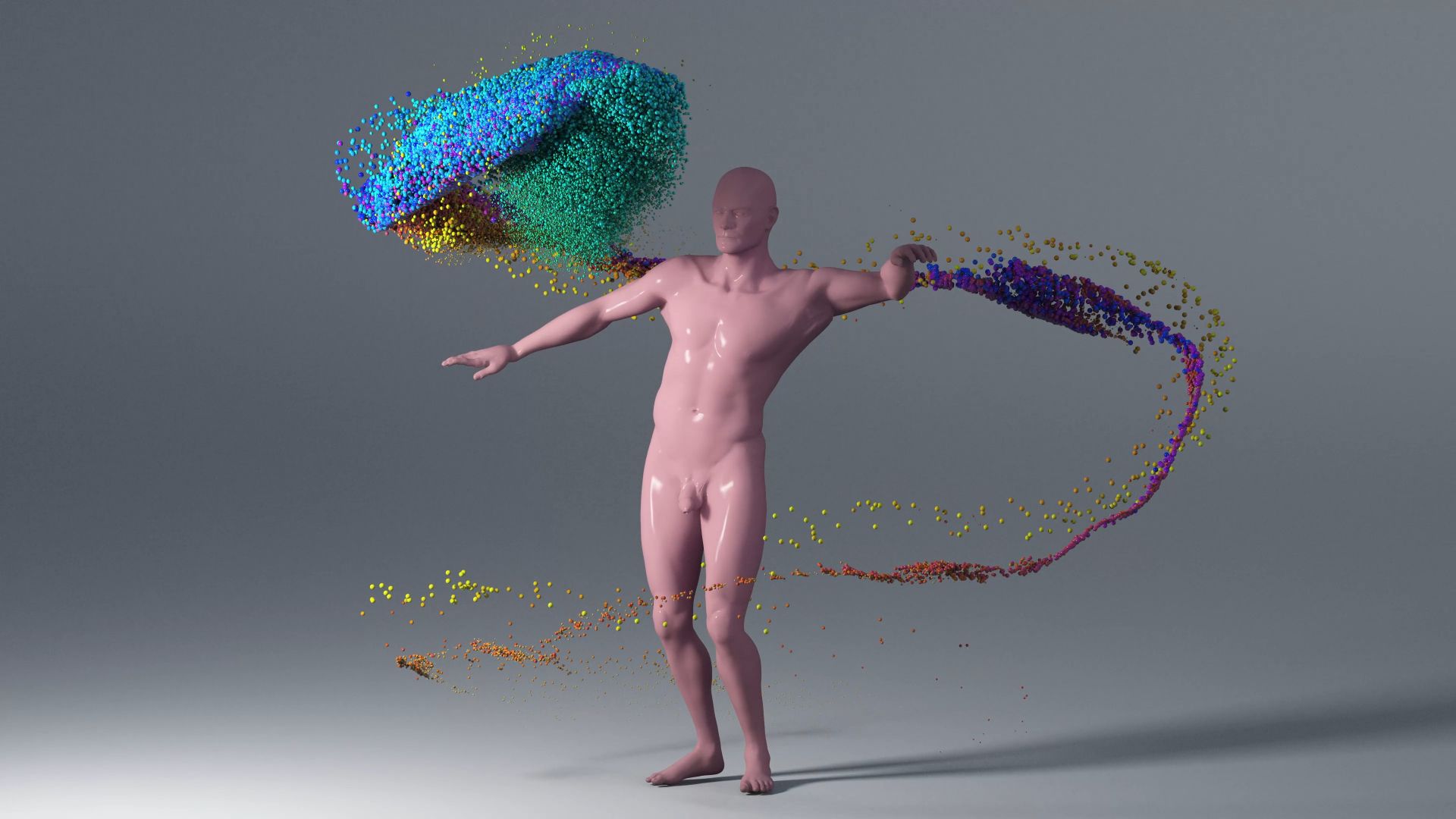 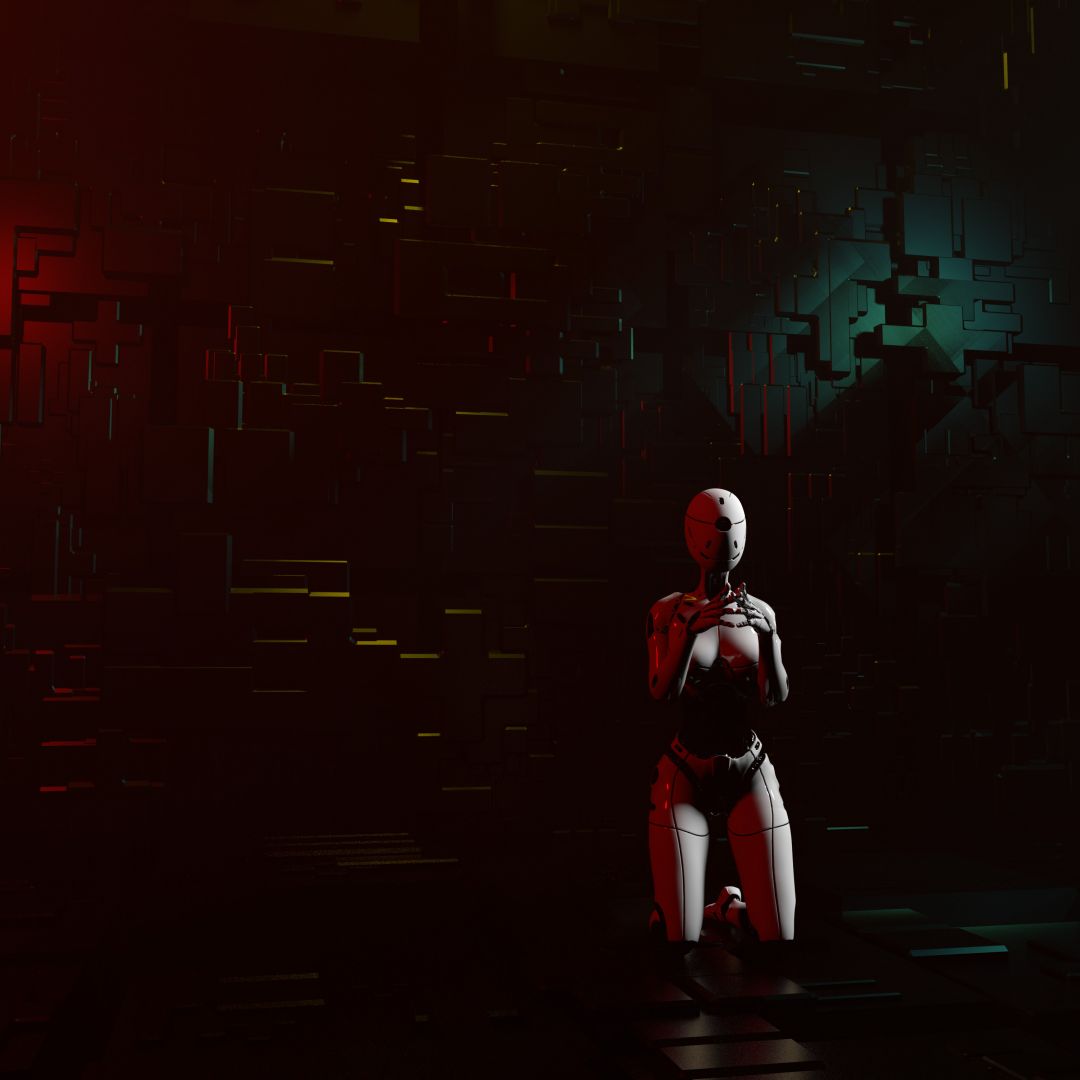 Who else deserves some credit and recognition?
Oh man, it’s hard to nail where to even begin. Back in 2019 I was working a digital marketing job and, as I said, eager to find a creative outlet. I ended up getting a book recommendation from the creative director at my firm — his name is Matt Hobbs and, in addition to doing some really awesome marketing work, he also does a lot of cool music improv work with Dad’s Garage and runs a really delightful instagram account called @puppysongs. He put me onto this book called “Mastery” by Robert Greene. Without getting into too much detail, it helped me understand the importance of having a long-term mindset when approaching a craft, which has helped me tremendously in putting aside instant gratification and knowing that learning a new facet of digital art might take a few months of struggling before I start to see the results. If Hobbs hadn’t turned me onto that book, I think I would have played with After Effects and Resolume for a week or two before getting frustrated that I wasn’t making anything cool yet and wouldn’t have stuck with it, but the paradigm shift of focusing on “okay, I’m going to put in several hours today because I know it’s important to where I want to be in two years” has been life-changing. In addition to the inspiration I got from Matt Hobbs and Robert Greene, I’ve also had a ton of people within the art community that have helped and inspired me more than I can put into words. When I was just getting started, a few big names come to mind. Evan Newsome, Executive Producer at the Atlanta-based video production firm Sailorface, was huge in helping me get started in After Effects and giving me honest feedback and constructive criticism to help me start thinking more like a creative. Alex French, a local 3D artist who was finishing up some really impressive coursework with Animation Mentor at the time, would come over occasionally and help me out with motion graphics and giving me advice. Within the VJing scene, I could name 30 or 40 people, but some people that were a huge help to me early on were Rexaffects (Arkansas-based), Diethylamide (Atlanta-based), and Digital Windowpane (also Atlanta-based). They were pivotal in giving me feedback, pointing me in the right direction, and helping me get my first few shows in the books. Outside of the art community, one of my close friends, Bobby Wagner (otherwise known as “Aptic”), had been learning music production on the side for about a year before I got into art. Seeing his drive and his ability to embrace a completely new skillset while balancing a full-time job was super inspiring. There was a specific night at a concert in April where the two of us were admiring the visuals and he told me something along the lines of “you could do that, dude. It’s just a matter of learning the software”. That moment was the turning point for me. I owe that man so much for helping give me that initial push, and for sticking with me since as we both grow creatively together, collaborate on audiovisual projects together, and support each other through the various creative slumps and challenges we’re both faced with. At this point, as I’ve embraced 3D, the number of people that I could thank is too huge to list. There are so many other 3D artists that I’m friends with who inspire me, help give me priceless feedback on my pieces, engage in knowledge sharing, and help push me to keep creating and trying to get better and better at my craft. The digital art community that I’ve grown to be a part of is extremely welcoming, friendly, and helpful. People aren’t guarding industry secrets; instead, they’re very focused on helping other creatives find their place in the art world and are eager to share and help each other out. It’s been a very empowering community to be a part of. 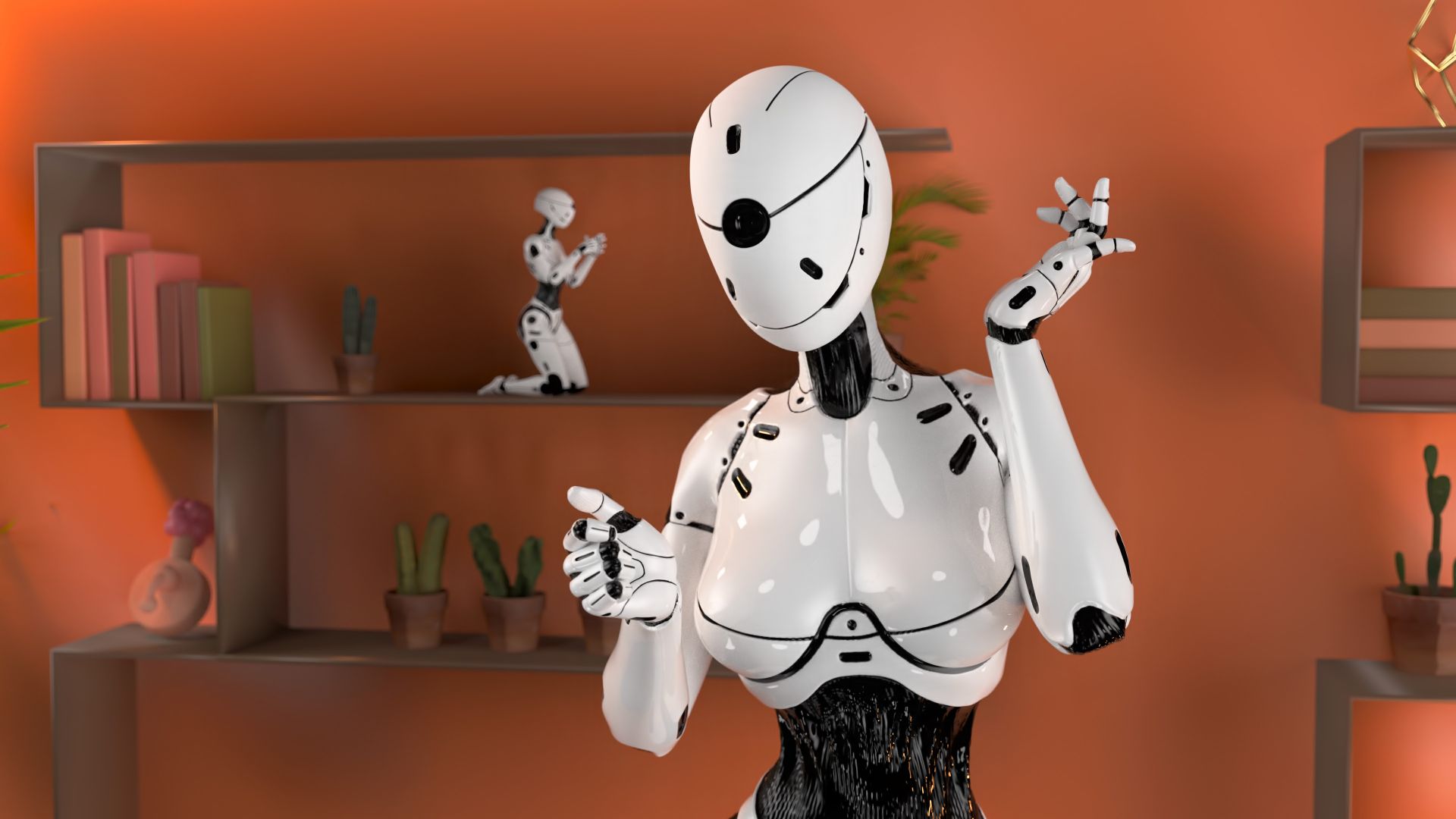 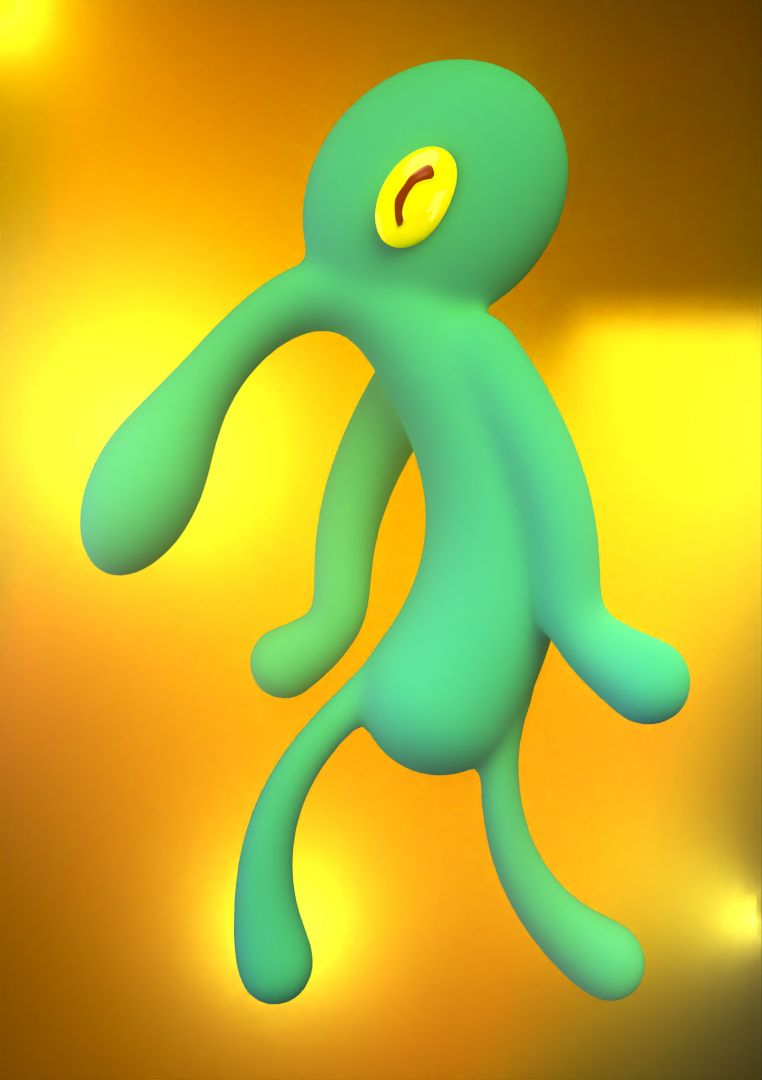