We had the good fortune of connecting with Marcus & Kayla Lewis – Allen and we’ve shared our conversation below.

Hi Marcus & Kayla, is there something that you feel is most responsible for your success?
The most important factor behind the success of Full Circle Television is COMMUNITY! We are consistently feeding our community through our show Relationship Goals The Series , Merch that speaks to the culture, positive content and events. In turn we are cultivating lasting relationships. I believe relatability contributes to community. When we can see a little bit of ourselves in others it brings us closer and that’s how the magic happens. 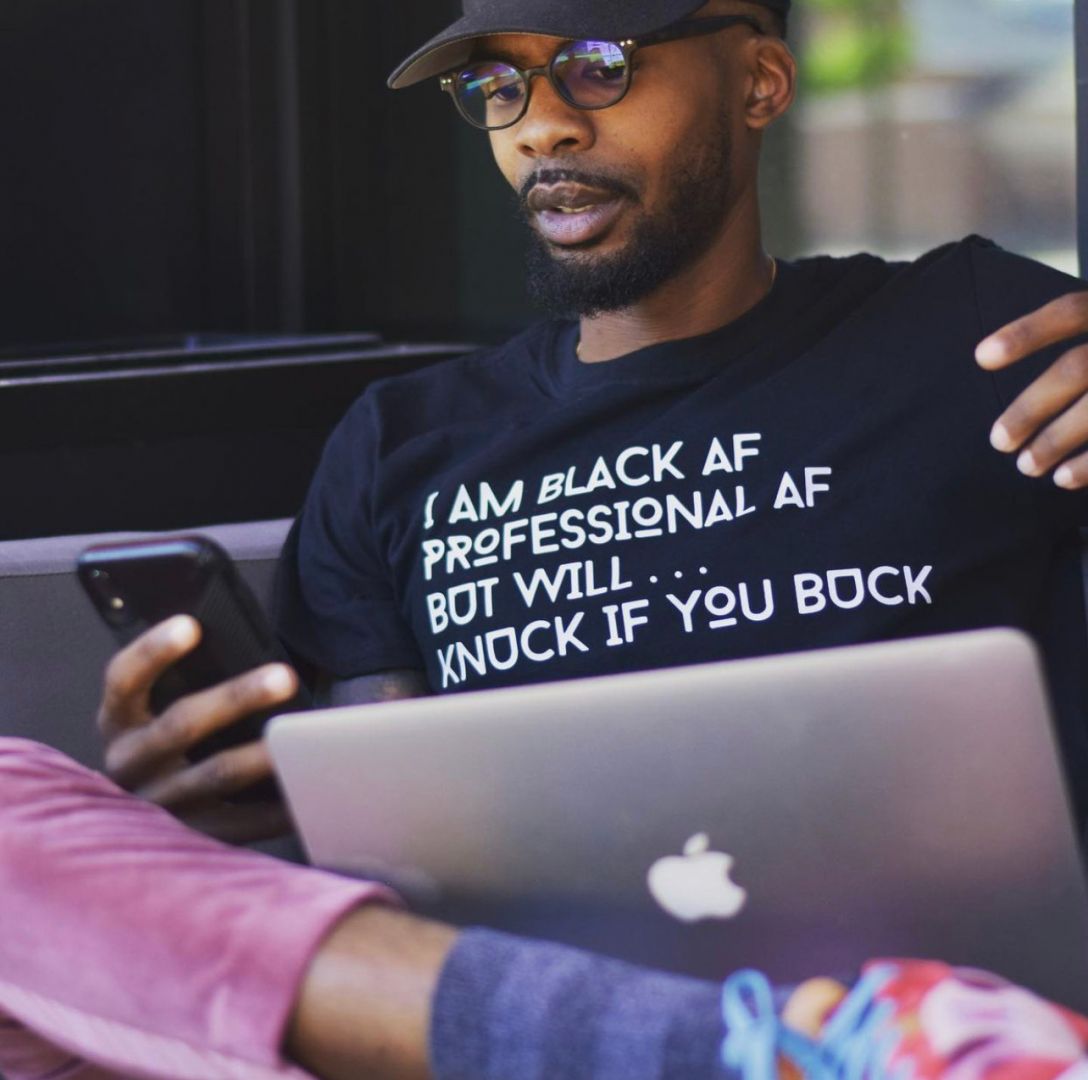 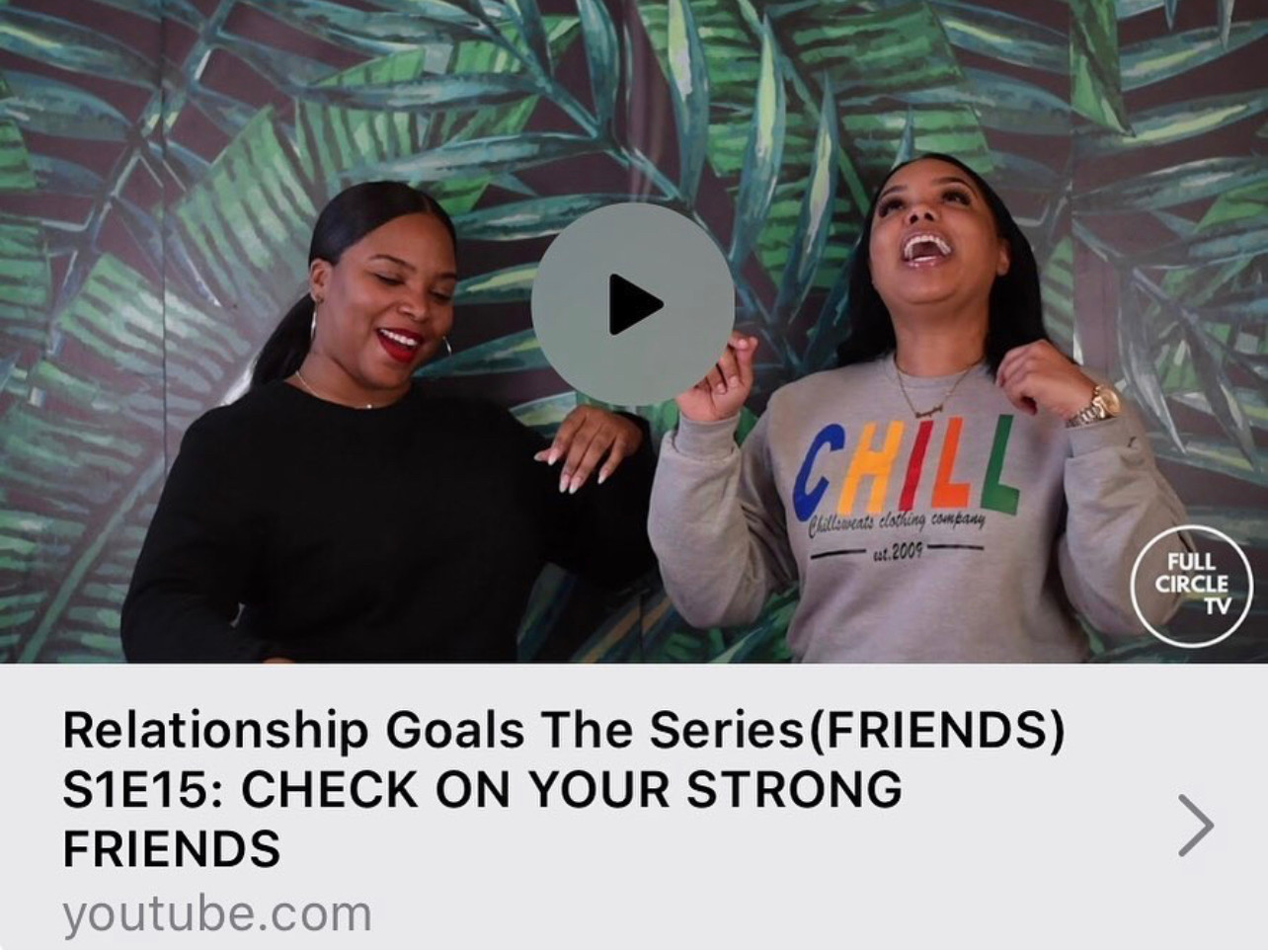 Let’s talk shop? Tell us more about your career, what can you share with our community?
Marcus and I created Full Circle Television simply because we needed a place to house a new series that kept me up at night. Relationship Goals The Series was created when I had just got engaged to be married. I was scurddd y’all!! I never wanted to be a wife because of the way I saw wives being portrayed as servants or second class citizens in their own home on tv growing up. The relationships I saw in real life also contributed to me being quite reluctant.

Yall, then Marcus came through with a twinkle in his eye and shifted the way I viewed love and marriage. It’s like he had been perfectly created for me. We had been together for two years at the time he proposed and it was pure bliss, but was I ready to be someone’s wife?! Whew! I felt the need to do some soul searching and reflect on each individual relationship in my life and how it played a role in who I truly was; before taking that next step. During this time, I asked myself some really deep questions that had me reopening wounds that I didn’t even know existed. Revealing trauma and addressing it head-on. I am still a work in progress but I’ve found creating through my truth to be very therapeutic.

After doing my own soul searching, I began to have these discussions with Marcus. There was lots of talk about who, what, when, and where’s of our past as well as what our expectations were of each other as partners. These late-night talks brought us closer. Realizing how insightful and therapeutic these types of discussions were for our lives, we sought out to find a way to allow others to share in our enlightenment. It was at this moment that our first series Relationship Goals and Full Circle Television, was born.

I was venting to Marcus about wanting to produce the series but not having the resources/knowledge to do so. I sat and complained about not having the right connections to get Relationship Goals The Series picked up by a major network. I had to go on for hours, eventually talking myself to sleep. The next day I took a step back and reflected on why being on a major network was so important just starting out. I soon came to the conclusion that It wasn’t about the reach and the people that it would resonate with, but about ego status. Once I unpacked that, I had to check myself and remember why I began creating it in the first place. I did some self-reflection, checked my ego at the door, and started to brainstorm ways to reach an audience without a “major” network. So I went straight to YouTube, Marcus went out and bought us a camera and a Mac to start out. Neither of us knew anything about creating content, marketing, scouting guests or the latest and greatest editing software. We just wanted to tell stories of relationships.

Starting out, we had some drawbacks to guests wanting to be on the show because our messaging wasn’t together. The show hadn’t started filming yet so of course, potential guests did not have a point of reference on what this show would look like. I remember asking the first couple to be on the show and they declined because they weren’t interested in being made a mockery of for the world to see like other popular reality tv shows at the time. So we reached out to friends and people that we were familiar with on social media that we felt had an interesting perspective to share.

Without having any past marketing experience, my plan was to ghost produce Relationship Goals The Series. I didn’t want people to watch it because they liked my personality or because we were cool. I wanted them to enjoy art. So when we originally promoted it we put it out there as if I was supporting a friend. It caught some traction and people were interested, but that wasn’t enough. We learned that people like art but what makes them feel connected and fall in love is the story behind it. People are inquisitive. They want to know how and why the art was created in the first place.

After revealing that Marcus and I were the creators, starting to tell our love story, our audience grew! People started to engage with our content and our tribe grew organically. Now, It was all fun and games until we sat down and started calculating the cost it took to produce each episode. In the beginning, we were coming out of pocket for everything we were like, oh, it’s time to create some revenue to fund each season. We began selling merch to offset the cost of productions. Our first piece of merchandise was inspired by a protest sign that I saw during a march for the late George Floyed. It read, “I am black af, Professional af, But will Knuck If You Buck” We got a good laugh out of that and knew that it would resonate with our audience in a major way. Our following is mostly educated black millennials that grew up on trap music. They are professionals that will get your together in a “Per my last email” kind of way.

Full Circle Television is an online network for EVERYBODY BLACK. FCTV launched in 2020 and largely featured entertainment and lifestyle programming. FCTV is committed to shifting the narrative, breaking barriers, and producing enlightening content for our viewers. When we thought of the content that we would produce, we knew that it would change people in some way. It would leave them more whole than they came. It would trigger past events in their lives that would make them reflect & bring new possibilities. We’ve all had moments where things have become more clear than ever before, a Full Circle moment.

We’re known for our original series, Relationship Goals. Where we sit down with real people and talk about the highs and lows of their relationships. In our first season, we’ve covered romantic, platonic and familial relationships. We’re most proud of our teamwork! We are a two-man self-taught production crew, we are the creators, producers, editors, directors and marketing team. 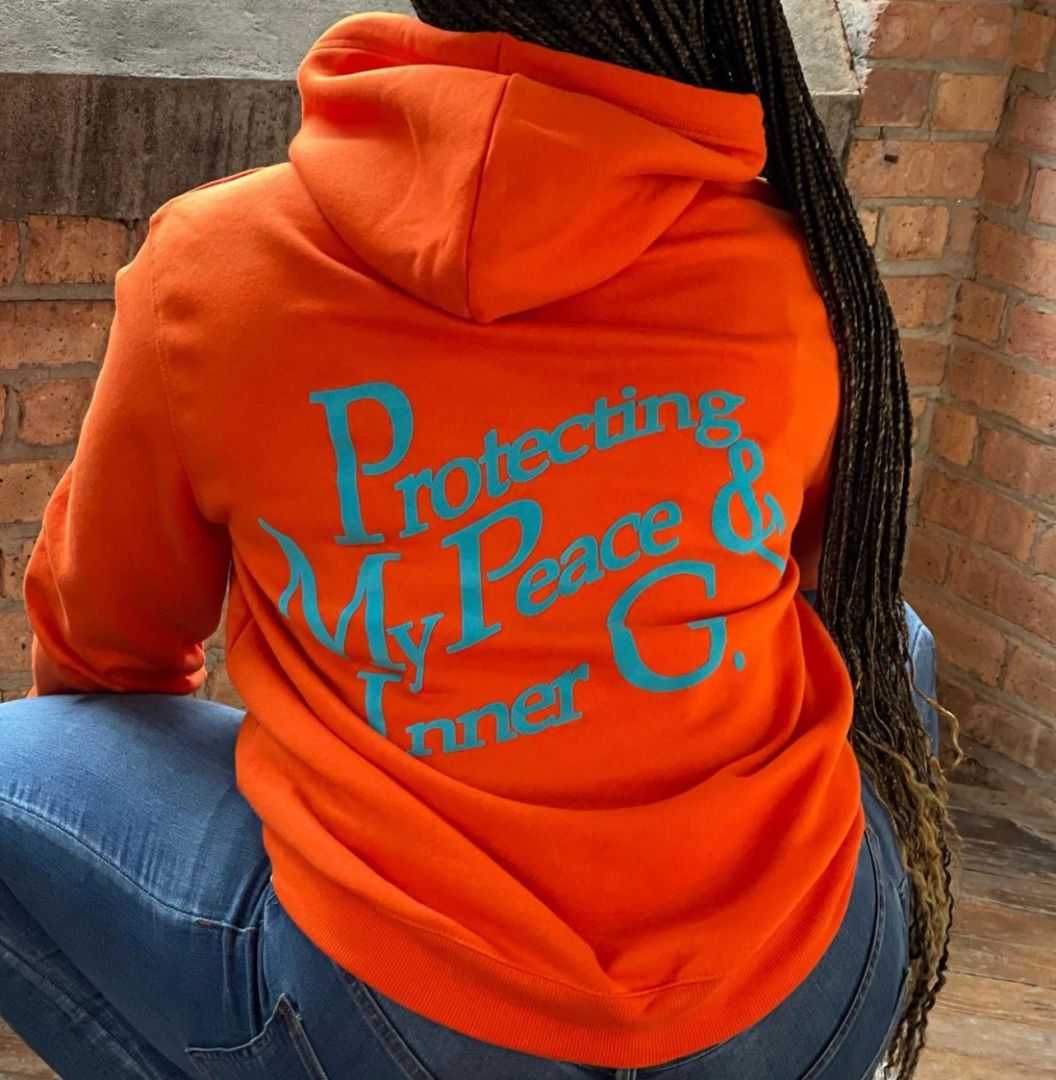 Let’s say your best friend was visiting the area and you wanted to show them the best time ever. Where would you take them? Give us a little itinerary – say it was a week long trip, where would you eat, drink, visit, hang out, etc.
One thing about Milwaukee you gone eat and drink real good! I am a foodie so I’d definitely take you on a food tour. Let’s start on a Thursday when the weekend really kicks off and head over to On The Bayou for their weekly live band karaoke night. They have some of the BEST fried catfish and okra I’ve ever tasted. Oh and don’t get me started on the gumbo! After we’ve ate , drank and caught the vibes of the live  band were going to have a night cap at another fave and that’s Brown Stone; this is an establishment where the grown and sexy young professionals can kick back and let their hair down for a nicely poured martini. 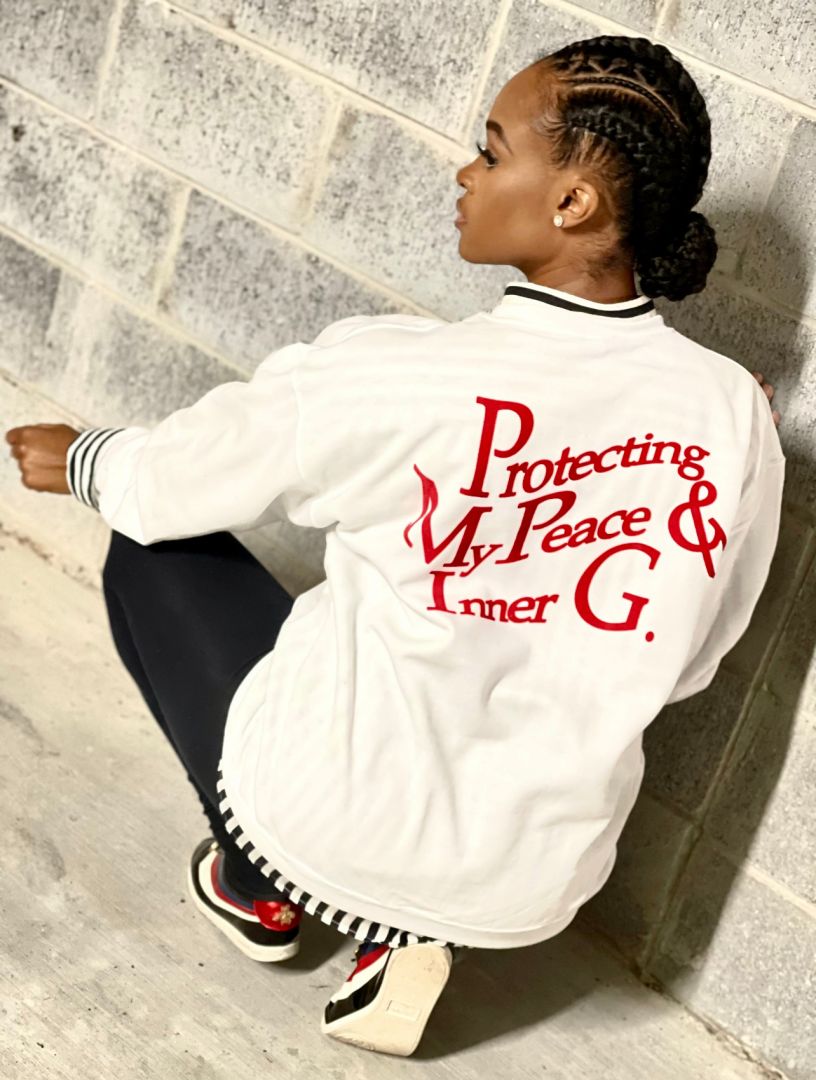 Who else deserves some credit and recognition?
We can’t lie and act like we are ” Self Made” Our core values speaks to the importance of connecting so that’s just what we did. As we began to build our brand we leaned on countless other black owned businesses. So let the credits roll …. We have to shoutout The Business Coworking Lounge for providing us a space to film Relationship Goals The Series. When we started Full Circle Television we were paying for everything out of our own pocket , the film space , equipment , software ect. We quickly realized that we had to find a way to monitize our art in order to fund future seasons of the show. We sat down and came u with merch ideas and Vazquez Printing Co brought those ideas to life. We know that getting in front of a new audiences is crucial to growing our brand so we would be remiss if we didn’t acknowledge Milwaukee’s very own Teezy Talks Podcast on Everyday Media and others for putting the spot light on us and getting our name out there. Again community is very important to us, we put on our first ever community building event / FCTV GAME NIGHT and we hosted it at On The Bayou ; a restaurant / banquet hall where we were able to meet over 70 of our supporter and forged new relationships all while vibing out to some good ol ratchet music provided by none other than out Vibe Coordinator Martin 2 Cool. 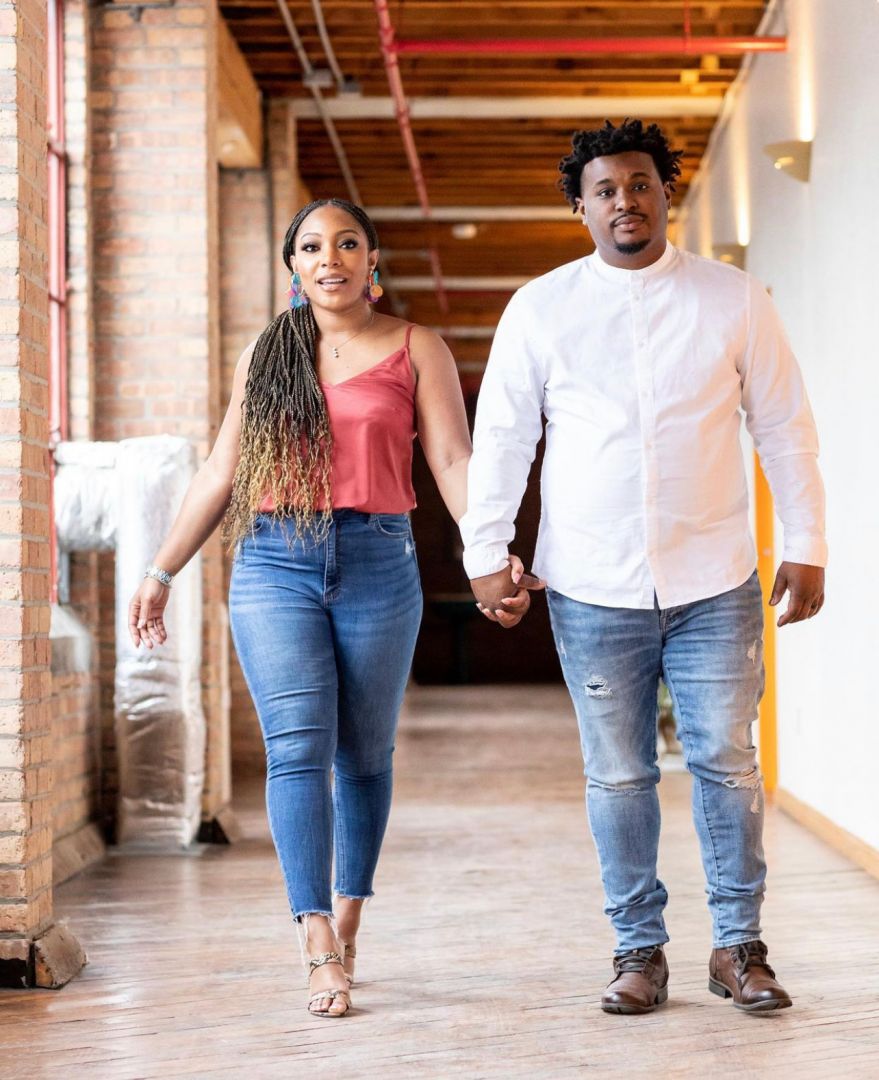