We had the good fortune of connecting with Laura Poindexter and we’ve shared our conversation below.

Hi Laura, we’d love to hear about how you approach risk and risk-taking
Before I answer this question, let’s define the word risk. RISK: Possibility of loss or injury, someoneone or something that creates or suggests a hazard, the potential for uncontrolled loss of something of value. Based on the definition, I would like to answer this question in stages. Stage 1-As kids we’re not really aware of the many of the risks involved with our childish behavior. Jumping up and down on the bed was fun, until you came down on your head. Stage 2-As we mature we become more cognizant of the risk factor. Stage 3-We eventually begin to understand that in addition to the immediate dangers, there can also be additional long term consequences associated with certain risky behavior. Coming from where I’m from, the potential danger, and/or long term consequences was still worth the risk. When you have nothing to lose, it’s much easier to let it ride. My socioeconomic circumstances made me a risk taker. In my mind, if I won; my family won. The risk(s) were a drop in the bucket compared to the possible reward. Make not mistake, most of the risks that I’ve taken over the years have been calculated and many have paid off. I find that risky behavior is birthed from things like necessity, desperation, or an attitude of indifference. When taking a risk I had to first ascertain the “why” before the risk. Weather I was in need, desperate or just did not give a damn, I still needed to know which emotion I was operating from before I took the risk. Just like relocating to Atlanta. I was desperate, to change the trajectory of my life and I was willing to take the risk. It paid off. 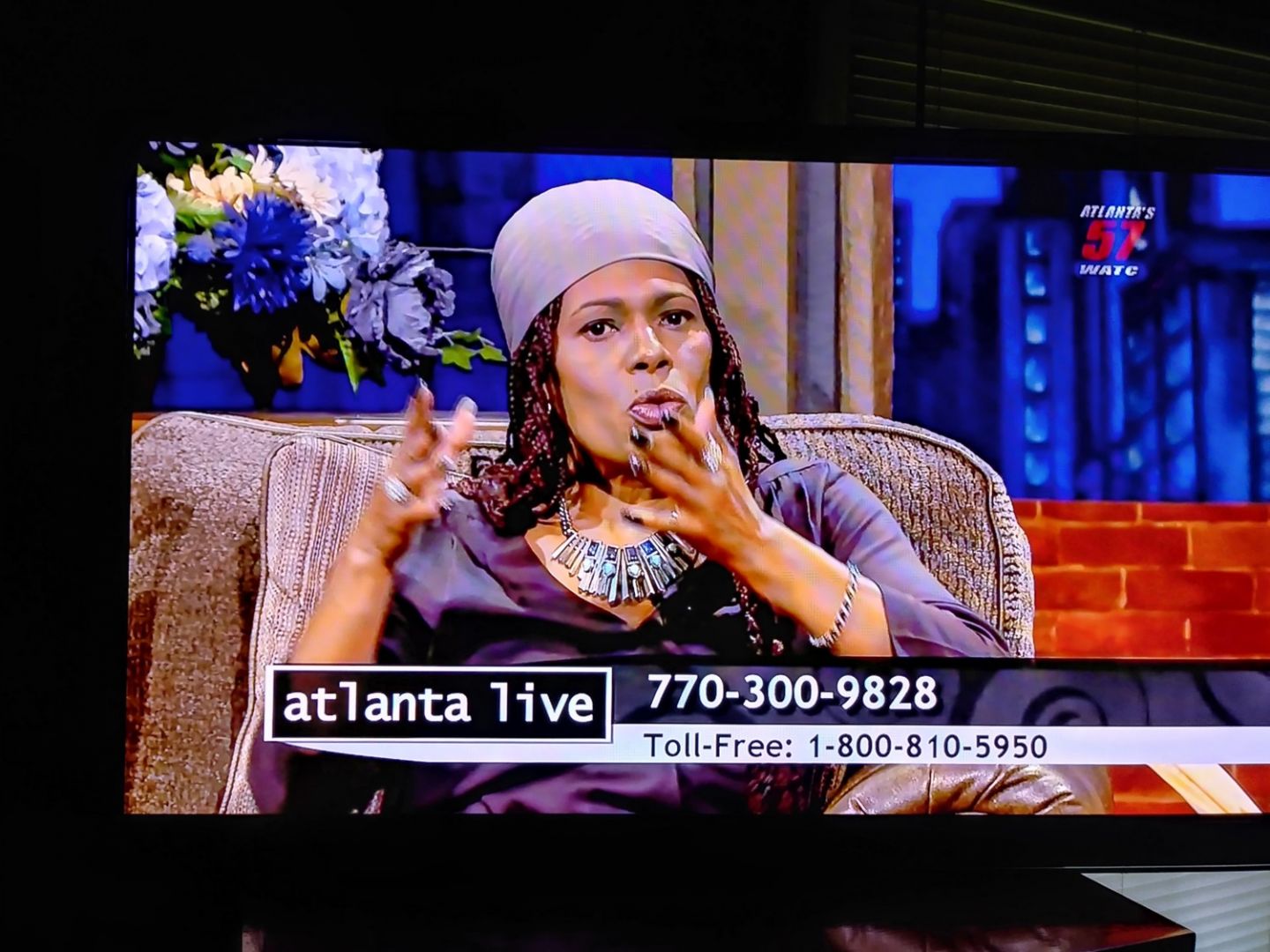 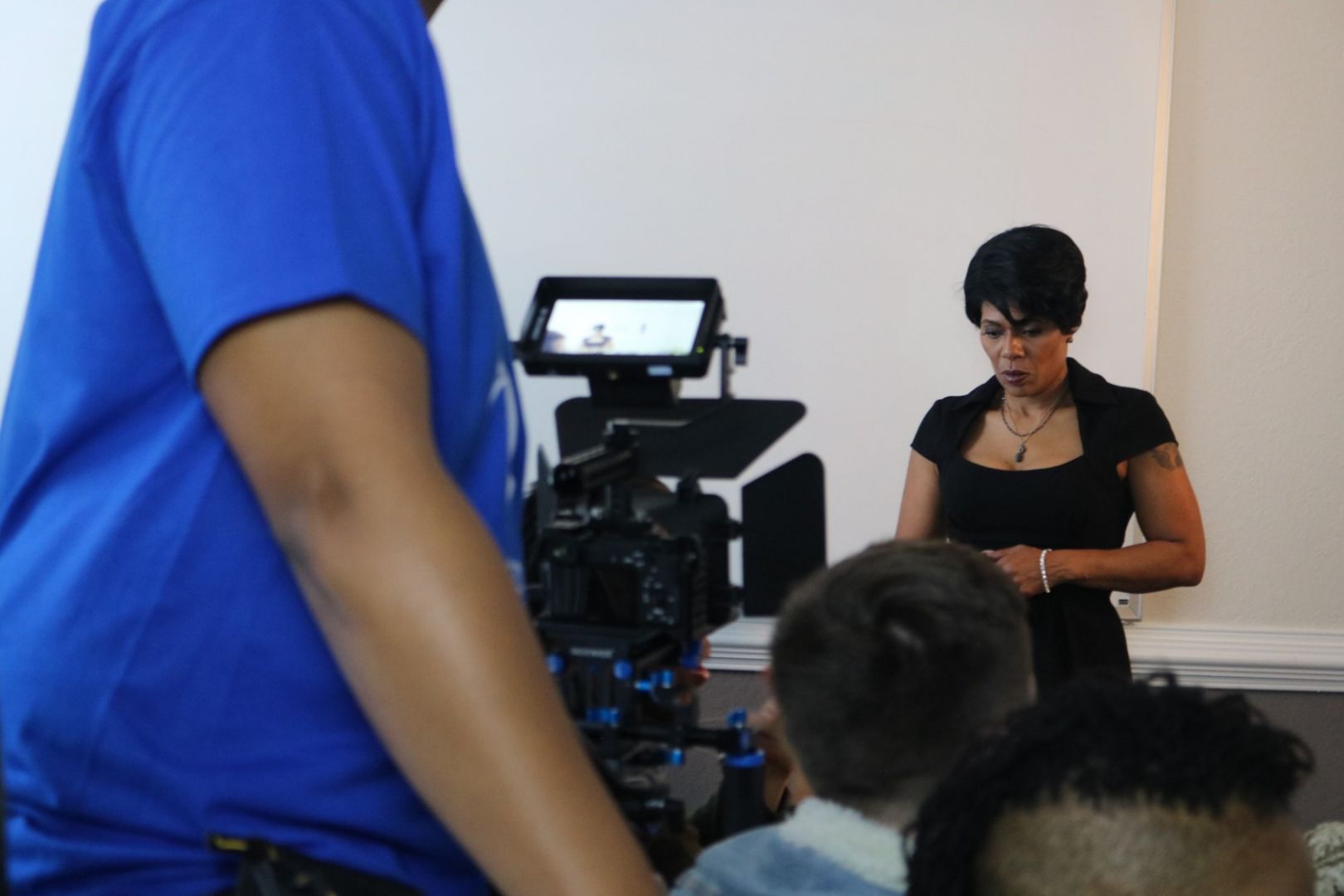 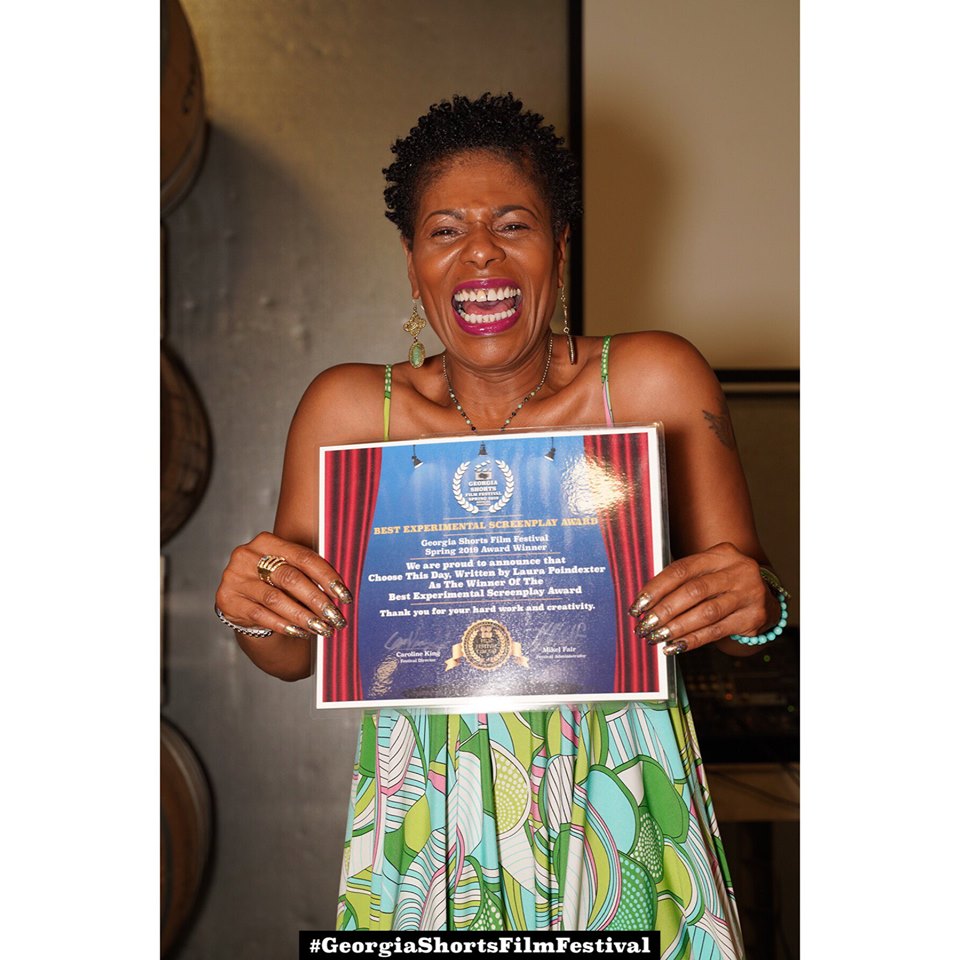 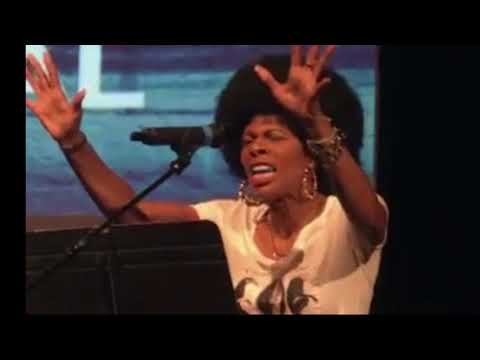 Can you open up a bit about your work and career? We’re big fans and we’d love for our community to learn more about your work.
I am finally a part of the Arts and Entertainment community. I use the word “finally” because this had been a childhood dream. What sets me apart from many of my peers is the fact that I did not get into the entertainment business until I was fifty years old. Talking about the impossible dream. Entertainment is a tough business that values youth, beauty and other superficial traits. I thought for sure that my time had passed. It took a major life crisis for this lifelong passion to resurface. I haddismissed this notion of becoming and entertainer, but it continued to resurface. How I got here goes back to the original question about taking risk. How does a fifty year old woman, with no formal acting training, film-making, or production experience move to a location with no primary support system? She takes a risk, that’s how! I had a Swiss Cheese plan (crazy holes in it) and making this move was one of riskiest things I’ve ever done. The challenges were insurmountable upon my arrival, and continued throughout my Journey. Despite my history of being able to withstand major storms, I was admittedly ill equipped to deal with the day to day, not to mention the industry stuff. I was able to overcome many of these challenges by doing what I do best; I did me. I survived by doing independent contractor work as a housekeeper, babysitter, home organizer and other odd jobs. Making money stabilized me enough to get out and start testing the market by going to auditions. The casting agents would see something in me and give me shot. Living a layered life benefited me as an actress and my over twenty three years of corporate experience gave me an edge on the business side. I took everything I had and used it to my advantage. The most valuable lesson I’ve learned is to own it. Whatever your “IT” is, it’s yours to cultivate however you see fit. You must be willing to both succeed or fail on your own terms. The thing I am most proud of is my ability to deify the odds in a big way. Becoming an actress whose work can be seen on Netflix, and Amazon, a multi award winning screenwriter with IMDb credits in production, directing, and casting in under three years time is an undeniable achievement. 2020 has also started off with a bang. Receiving two People’s Choice Nominations for best actress, and best screenwriter of the year by the International Christian Film and Music Festival. The sky is the limit and this was all possible because I was willing to take a risk and open to embrace change.

If you had a friend visiting you, what are some of the local spots you’d want to take them around to?
Seriously, If one of my childhood friends were to visit me, they would need a nap upon arrival. After settling in they would most definitely want me to cook. Our first time venturing out would probably be a trip to the farmers market. All of my childhood friends are originally from New York, so no matter where they would be coming from they are NYC at the core. The urban environment did not provide many eclectic food options so I would be eager to share this experience. As long as I included the staples like mac-n-cheese, spare ribs, and greens, I feel confident when trying to convince them that bok choy is the new collard green. I would also love to have them to join me for a day at work. I get all kinds of support from my friends back home. Knowing my childhood aspirations, they think what I’m doing is incredible. I would love to have them on set with me, right in the thick of things, maybe even try to negotiate some type of walk-on role. A day in the life of type of thing. Over the week I would make suggestions based on whatever they would like to do. I know for sure it would mostly consist of anything that encouraged us to be active participants. We would for sure do the MLK historic tour. Get some shopping in at Little Five Points, and also stop at Cameli’s Pizza. OMGoodness, this place is fantastic, With indoor/outdoor seating and a crazy slice of pizza. I’m a pizza snob, and this place is on my top 5. I wish I could provide more details in this portion of the interview but at my age, I’m not really doing a lot of anything outside of living my dream. Don’t feel bad for me, I’m loving my life right now. 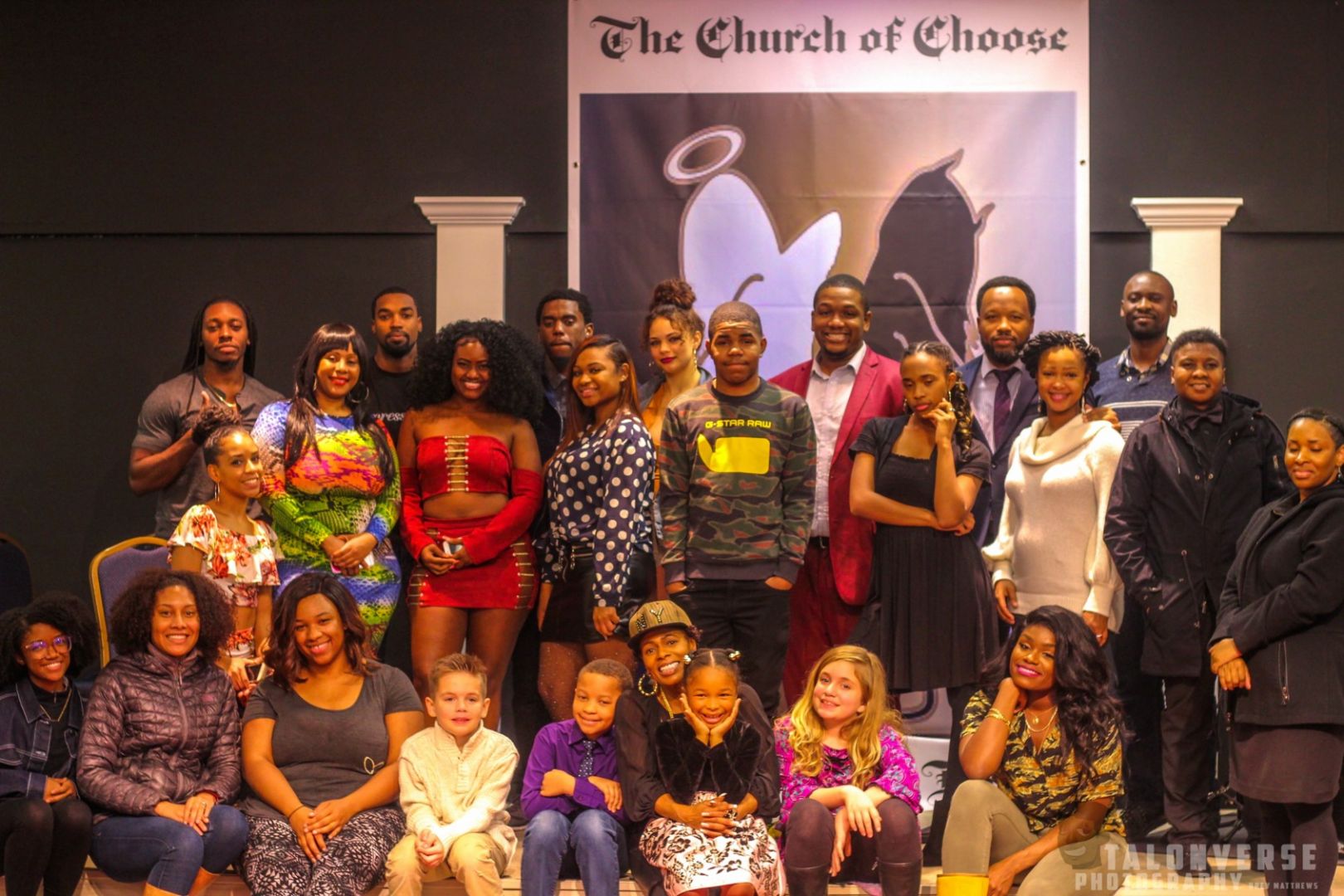 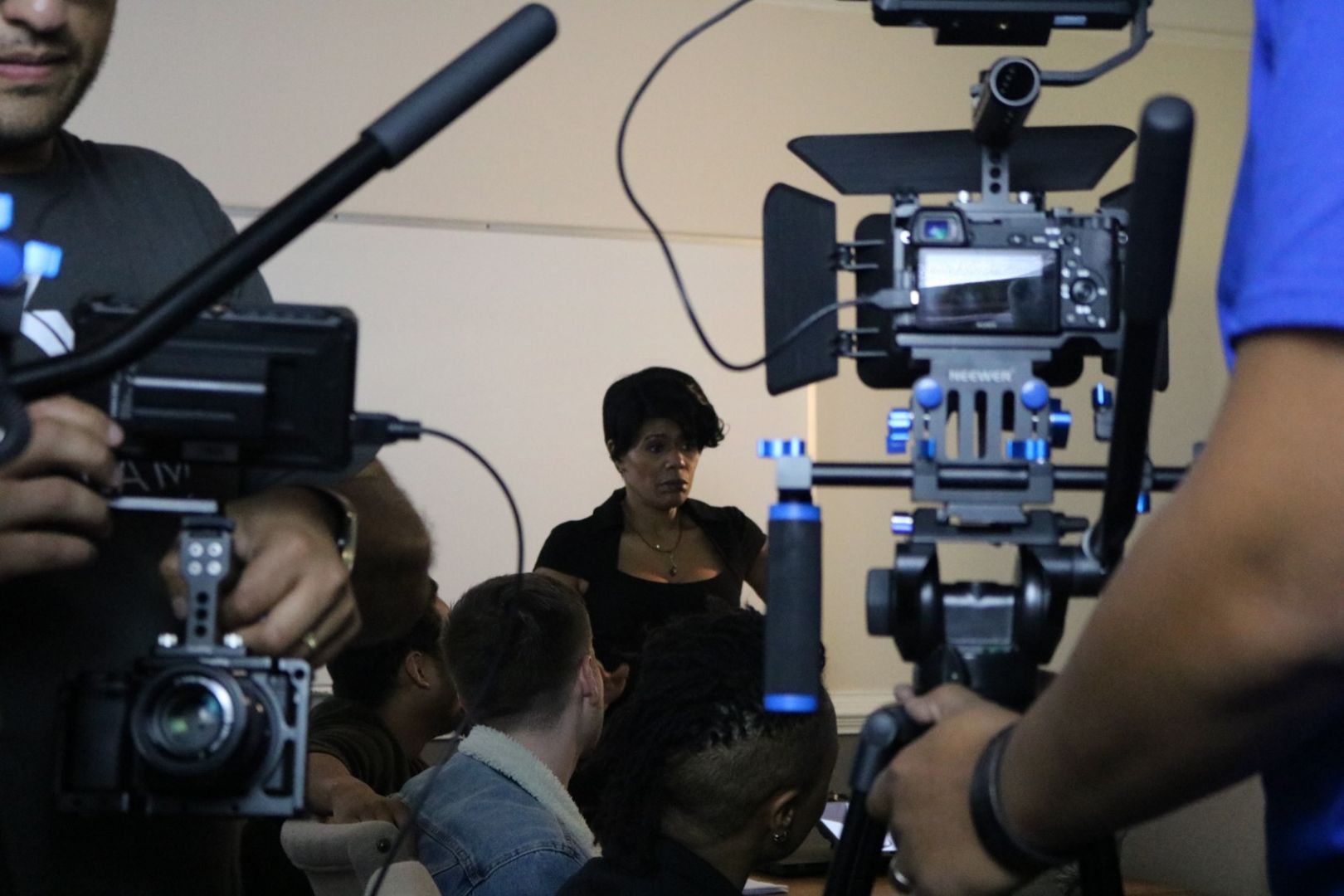 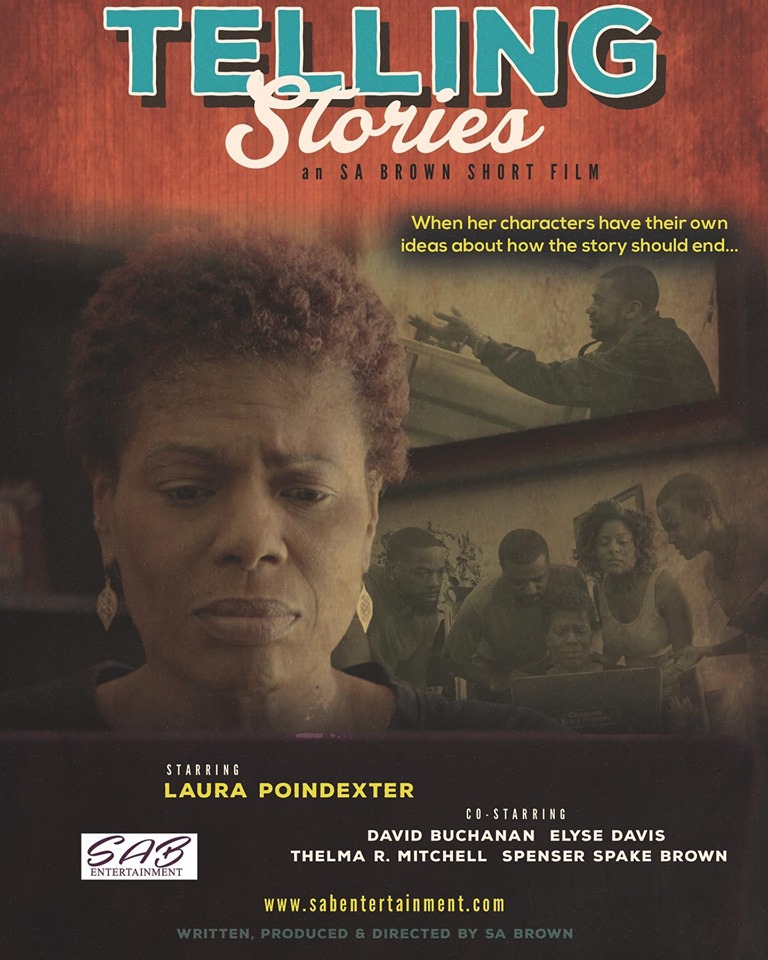 Shoutout is all about shouting out others who you feel deserve additional recognition and exposure. Who would you like to shoutout?
Yea Man, I did not get here by myself. I love me some Jesus, so my first shout out is to the Man who had a Plan for my life. What I had to go through to get here would have killed most people; including me, but he kept me safe and taught me a lot long the way. To my little BIG sister Barbara Poindexter. This chick is amazing. We have the same parents, grew up in the same house and could not have been more different. Over the years we beefed like crazy, but when my life took a turn for the worst she came through like some bad ass, female superhero. Her willingness to be there for me, caused me to pause and look at her from a more humble set of eyes. Thank you Barbara for all of the sacrifices you have made for me over the years and especially when I needed you most. You are by far, the best sister on the planet. My cousin Tracy-AKA-Boo-Boo, my cousin James Barlow who dropped a bag for my first production, my cousin “Chip” who told me “you got this” and my uncle Huck who is my ride or die. Professor Leighton you are unequivocally DOPE! Lynn Bowens, you took me from welfare to Corporate America and for that I’m forever grateful. Kemay Adderley, and her entire family; now my second family thank you for your love and support. To all of my clients who made sure I ate while on this journey. Playwright Natalie E. Davis-my mentor, Sandra Tucker-my sister from another mother, April Morrison and April Morrison Productions. My position at AMP will solidify me as one of the baddest women in the production game. Your friendship is worth more than silver and gold. My roommate Danielle Bulloch, you opened your heart and home to me and provided a safe space for me to create. Last but not least Evangelist Cozetta Bessick and my entire church family. Your prayers keep me soaring, when I was sometimes too weak to fly. If I missed you, I ain’t trying to dis you, so from the top, middle and bottom of my heart THANK YOU!