We had the good fortune of connecting with Carmen Simmons and we’ve shared our conversation below.

Hi Carmen, what led you to pursuing a creative path professionally?
I didn’t choose a creative career it chose me. I knew as early as kindergarten that I was drawn to creative arts. I wanted to be a dance choreographer just like Debbie Allen and after I saw my cousins in their movie “Krush Groove”, I wanted to do anything that involved Hip Hop. I was always glued to a radio recording mix tapes and watching music videos.

During the late 80s I became a fan of Oprah Winfrey and Wendy Williams. I think that’s when I became interested in Television and Radio; but I still wanted to be a dance choreographer. That all changed in 1993 after a very intense professional class taught by Carrie Ann Inaba and the late Keith Williams. They were practicing or recruiting for a Janet Jackson video. I tried to keep up, but after that class I decided I may not have the stamina to be a professional dancer. I was only 14; but that was enough for me LOL! While in high school my cousin would take me to work with him at Uptown Records. There I met some of todays music icons at the beginning of their careers. I was fascinated not only by the artist but the executives creating their brands.

In college, I channelled all of that energy into studying radio, tv, film, production and interning at Def Jam South. I wanted to be behind the scenes and produce talk shows or music related programming. When I reflect on all of my childhood experiences… it’s clear I didn’t choose this life it chose me.

Can you open up a bit about your work and career? We’re big fans and we’d love for our community to learn more about your work.
I’ve been producing lifestyle and entertainment media for 17 years. What I’m most excited about is our content is not only available on our website but on a new streaming channel called Watch This! available on Roku and Amazon Fire Tv and during the pandemic we released an occu-series about our lives working in media. You can view it on nstyleatlantauncut.com.

This is a very competitive industry but I love it. Some of my greatest challenges have been breaking into the mainstream. We’ve had interviews go viral on social websites in recent years and that’s always amazing. We love when new talent we solicited for an interview later become the superstars we predicted like Janelle Monae and Rick Ross. I don’t spend much time dwelling in the challenges. When you choose to be an entrepreneur you have no choice but to keep going and never give up. I realize I have many talents and other people can see that; but learned my greatest lessons when I allowed myself to focus on growing business for other people or companies that did not add value to my brand. I’ve been hungry and homeless and those days weren’t while I was pursuing my dreams but nurturing the ones that weren’t my own. There are two quotes that resonated with me that I live by; one is the moto from my alma mater Clark Atlanta University, “Find A Way of Make One” and the other from my Fairy Godmother (in my head) Oprah, “find your passion and allow yourself to get paid for doing what you love”. 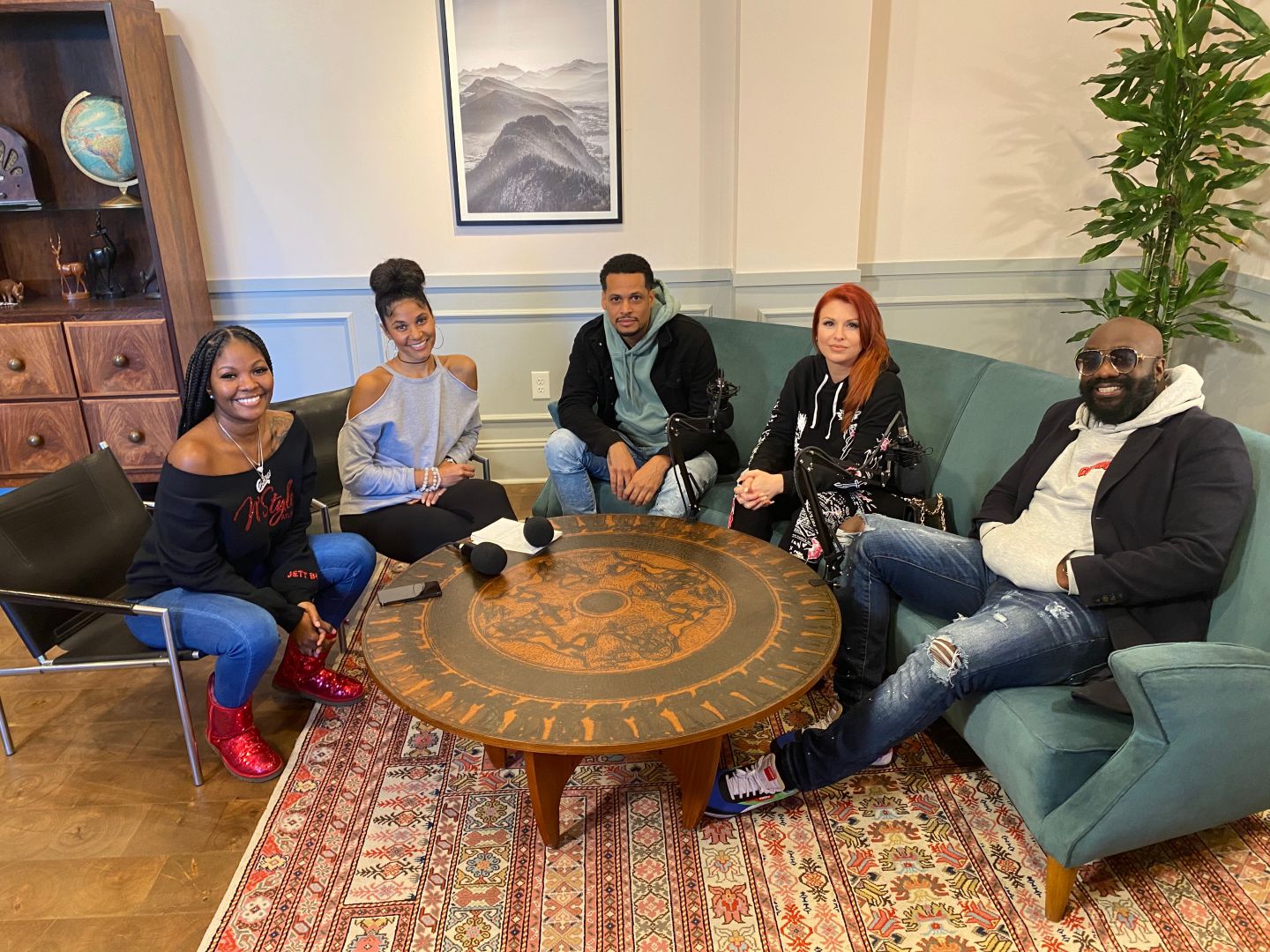 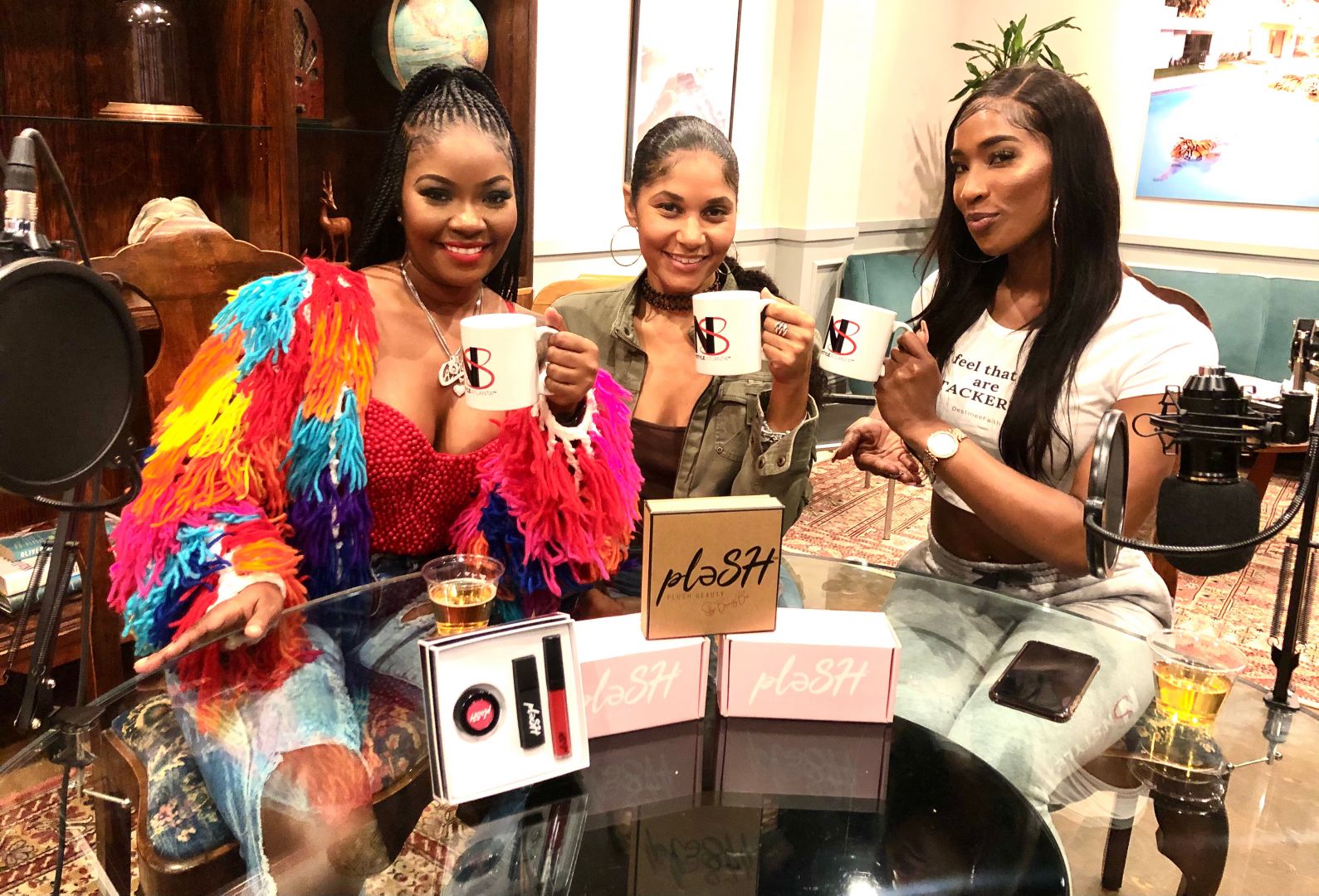 Any places to eat or things to do that you can share with our readers? If they have a friend visiting town, what are some spots they could take them to?
When I came from Brooklyn to Atlanta in 1997 as a freshman at Clark Atlanta University, I knew this was a city I’d call home. I love the culture, the excitement of new opportunity, and there’s nothing like it’s nightlife and bustling food and beverage industry. If I had friends visiting I’d call up some of my most interesting friends in Atlanta including Atlanta native and hairstylist Erica Washington, Real Estate Broker Desiree Tolbert, Publicist/ Tv Producer Sheena Wilder, Celebrity Nail Stylist Terrance Terry, and all of the media personalities for yowatchthis.com to go eat at one of the cities newest brunch spots like Breakfast at Barneys for that mouth watering Red Velvet Champagne Cake by The Velvet Bar, Toast on Lenox for Fruity Pebbles Pancakes, or Agency Socialthe´que for lobster and waffles. Everyone always wants to experience a Saturday afternoon at Lenox Mall and since we are there, we may as well head over to Phipps Plaza for premium shopping. I’d bring them to the Rodeo Drive of the South to have an early dinner outside in the Buckhead Village or for drinks, music, and food we’d go to Copper Cove or 4B to support my fellow New Yorkers or one of the most beautiful restaurants in the city The Garden Room or Tropicale´. If they just want to hit a club, we’d go to the Republic Lounge, and last but not least, we’d end the night at a Waffle House. 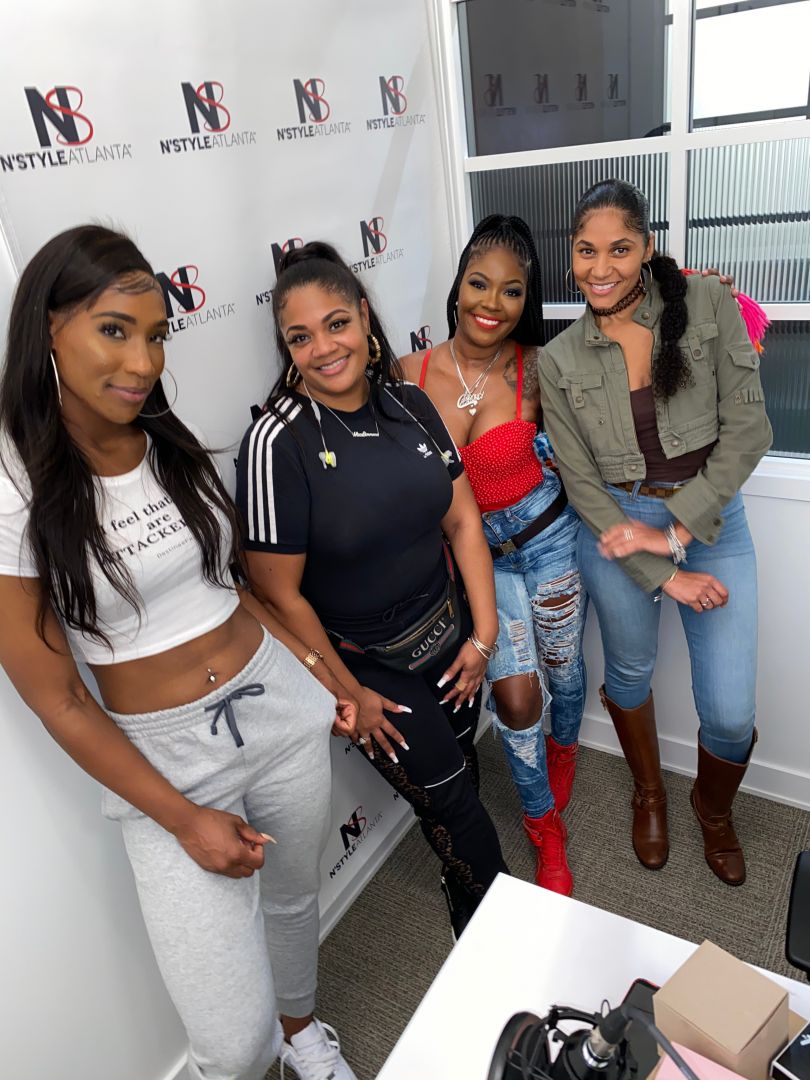 Shoutout is all about shouting out others who you feel deserve additional recognition and exposure. Who would you like to shoutout?
I began my career in television in 2003 when I created a show called Urban Runway for community tv. After graduating college I wasn’t able to secure a job at any of the stations I applied to and I didn’t know how I was going to get started. I was working retail when my friend Adama Elder convinced to me to join her taking free tv production courses at a local television station. I reluctantly went but it was there I became inspired to develop and produce my own show. Adama went on to LA to pursue her career and has worked on some of my favorite shows including Kevin Hart: Let Me Explain, Insecure, and How To Get Away With Murder just to name of few.

I continued to build my brand later recruiting two media personalities Jett Blakk and Skyebutterfli in 2005 to interview my guest on camera. They became a very popular female duo interviewing everyone from Russell Simmons, Kimora Lee, Jeezy, Mase, 8 Ball and MJG, Jermaine Dupree, Janelle Monae, and countless others. We produced and hosted celebrity driven events and I believe helped start the red carpet culture in Atlanta. Since then my team has grown to include Shayla Raye, Merete Fields, and DestineeFaith. They are truly a blessing to me and I owe everything to my team. 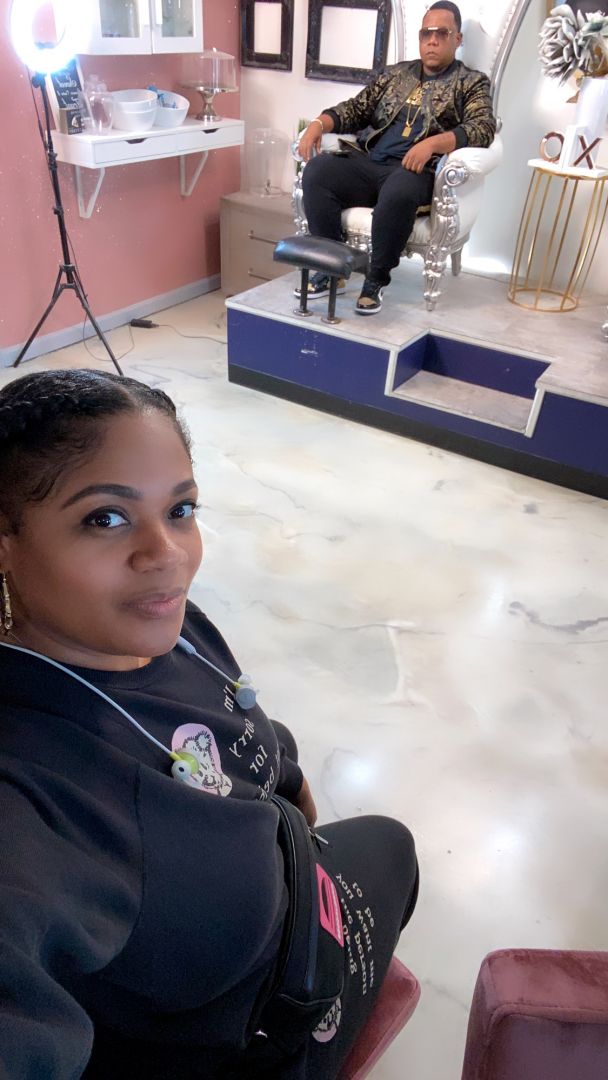 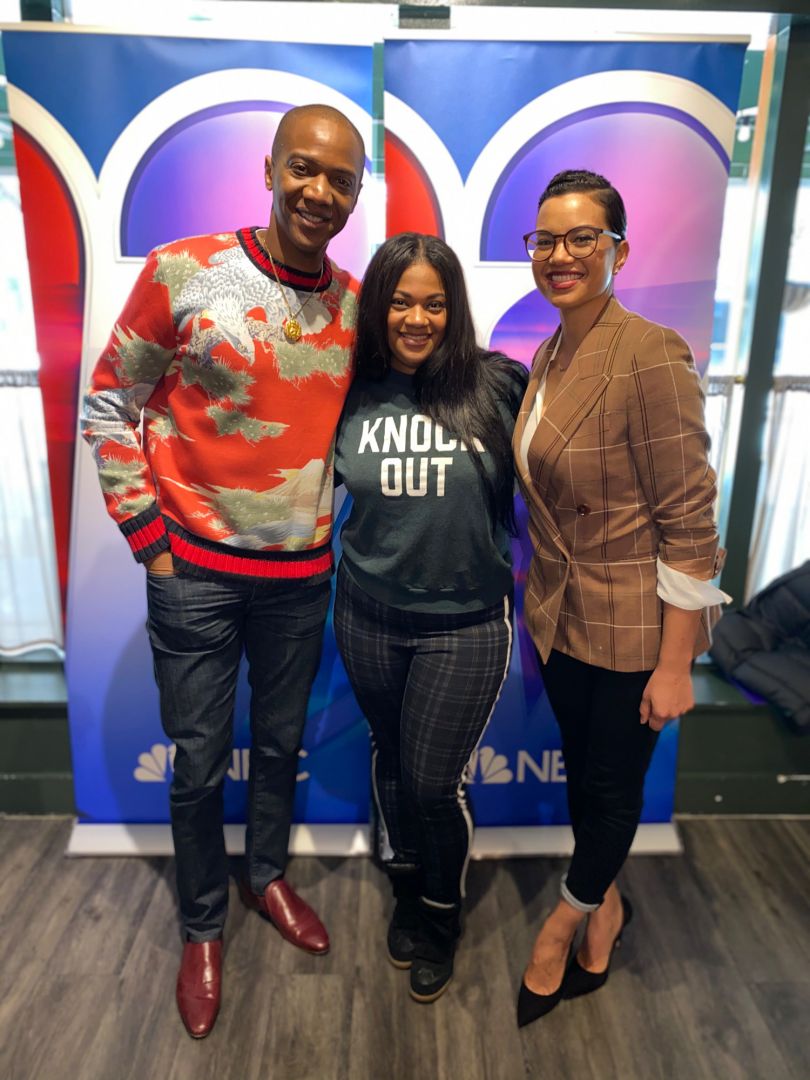 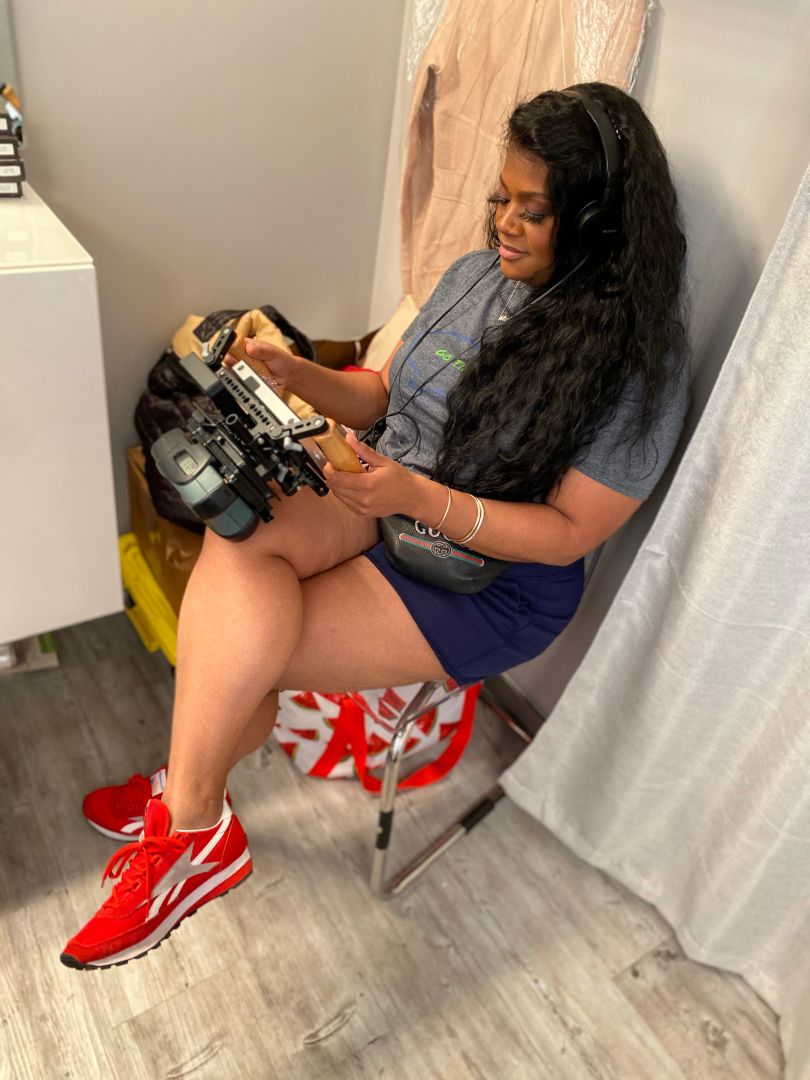