We had the good fortune of connecting with Brianna Blue and we’ve shared our conversation below.

Hi Brianna, what habits do you feel helped you succeed?
I think that a couple of things have made me “successful” in life. Everyone defines success differently but for me success begins with being happy. So the first thing that has allowed space for that in my life is being my authentic self – especially in corporate settings. It took me a while to break out of the mold of expectations that others and society had placed on me. But once I decided to show up as “me” – all day everyday, I was happier. My authenticity resonated with those I was charged with leading. I was able to make an impactful  difference in their lives and work experiences. This leads me to the second thing that made me successful- giving a shit about the people I was charged to lead. When people know you care about them as individuals, they work harder for you; they don’t want to let you, or themselves down. Being able to build that trust with people not only helped them to grow, but it helped me as well. We’ve all had terrible bosses and I wanted to make sure that I was someone who made things better for those under my leadership. As a result, we were not only happier and had more fun at work but we also exceeded all expectations around metrics and goals and though it never began that way, I always ended up leading individuals that quickly gelled into top performing teams – and it’s been like this everywhere that I’ve had the opportunity to lead. 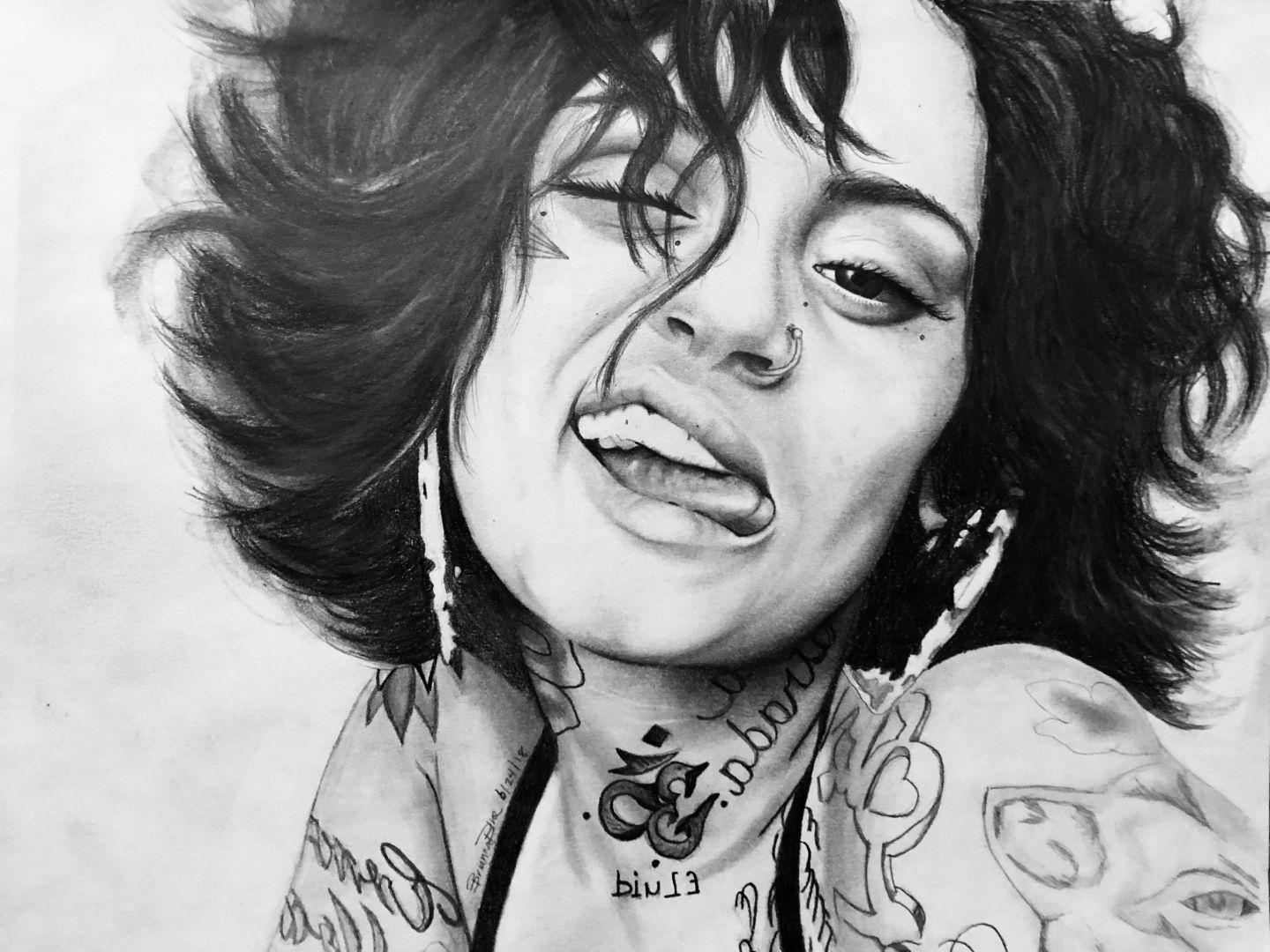 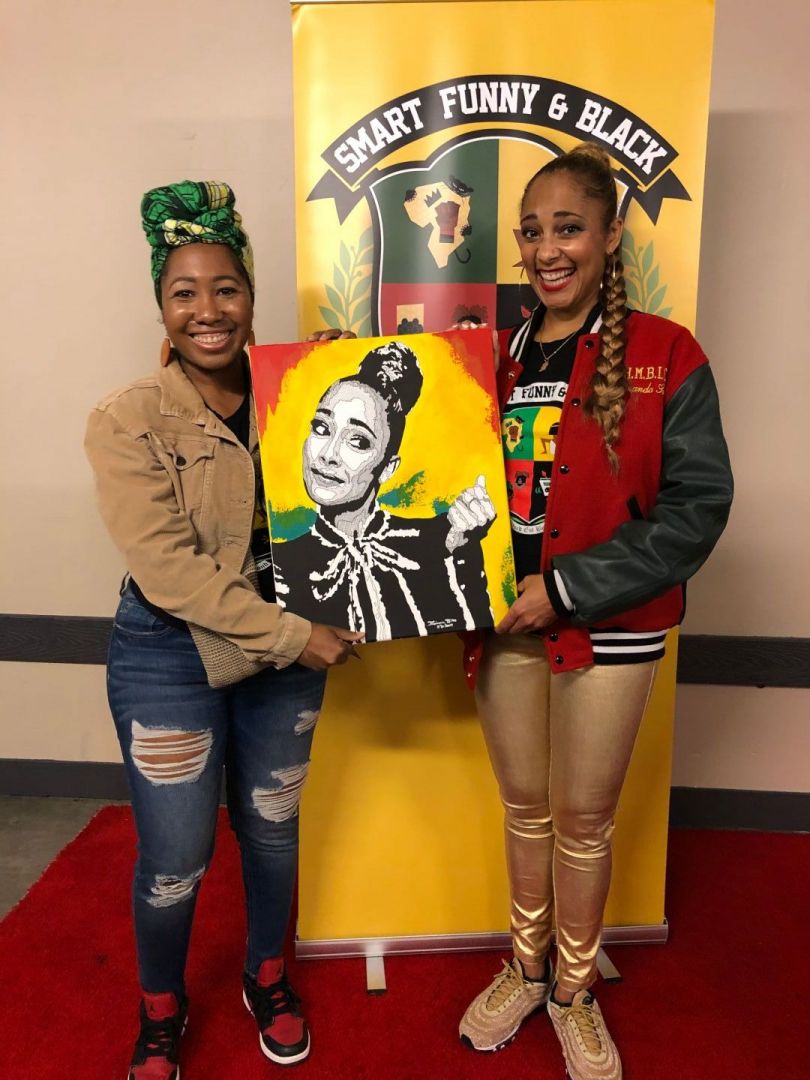 Alright, so let’s move onto what keeps you busy professionally?
When I was about five years old we had an assignment in school to do a self portrait. My parents, after seeing my work, decided that I needed to be put into art classes because my abilities were beyond that of a five year old. Growing up people always told me how talented I was as an artist. But they also told me that I would never be able to make money with my art; and the worst part about that was that I believe them! So I went to college and got a degree I went into the military and got my G.I. Bill. I went to school again and got my MBA because that’s what you have to do to be successful, right? But what I discovered was that no matter how financially successful I was, I wasn’t really that happy. So one day I decided to draw again. It had been over 10 years since I’ve done so. I was inspired to create again by music artist and Grammy nominated singer, Kehlani. She is the first person that I drew after 10 years away from art. It was also the last drawing that my dad saw before he passed away. I decided to post my art and Kehlani saw and liked it on Twitter. Something inside of me told me that I would meet her soon though I didn’t know how. I would normally dismiss such a thought but this time I believed it. Just six short weeks later I ran into her in Los Angeles and she told me that I looked familiar. I showed her my art and she told me how great it was. That was so inspiring to me that I decided to look and see if she had any local concerts coming up. As it turned out she did! So I got tickets and I created a hoodie for her debut album as a thank you for inspiring me to create again. The day of the concert would’ve been my parents 40th wedding anniversary had my father still been alive. Something told me on the drive to the concert that “she’s gonna love your art so much that she’s gonna want your contact information.” I dismissed the thought but it persisted and I said to myself “you know what, she IS going to love my art so much that she wants my contact information.” To my surprise, that’s exactly what happened; and she used those same words “Yooo her art is so dope. Y’all come check this out! Someone get me a pen – I need her contact information!” Once I started to believe in myself and my art amazing things started to happen. The mind is a powerful thing and I began to believe in manifesting what I wanted. Fast forward a year and some change and Spike Lee wanted to buy one of my paintings, yes THE Spike Lee! Actress DeWanda Wise reposted my art on her Instagram story. Actress, comedian, and activist Amanda Seales reposted my art on her Instagram story and I had the pleasure of giving her art in person as well. Cynthia Erivo reposted my art in her Instagram story. All of this in a matter of a couple of years from 2017 to 2019. I say all this to show you what’s possible when you are working in your passion, your gifts, and you believe in yourself. The mind is an incredibly powerful thing. We are what we believe about ourselves. So I challenge you, that no matter what limiting beliefs that people have placed on you in life, when believe something different, something different then becomes possible. 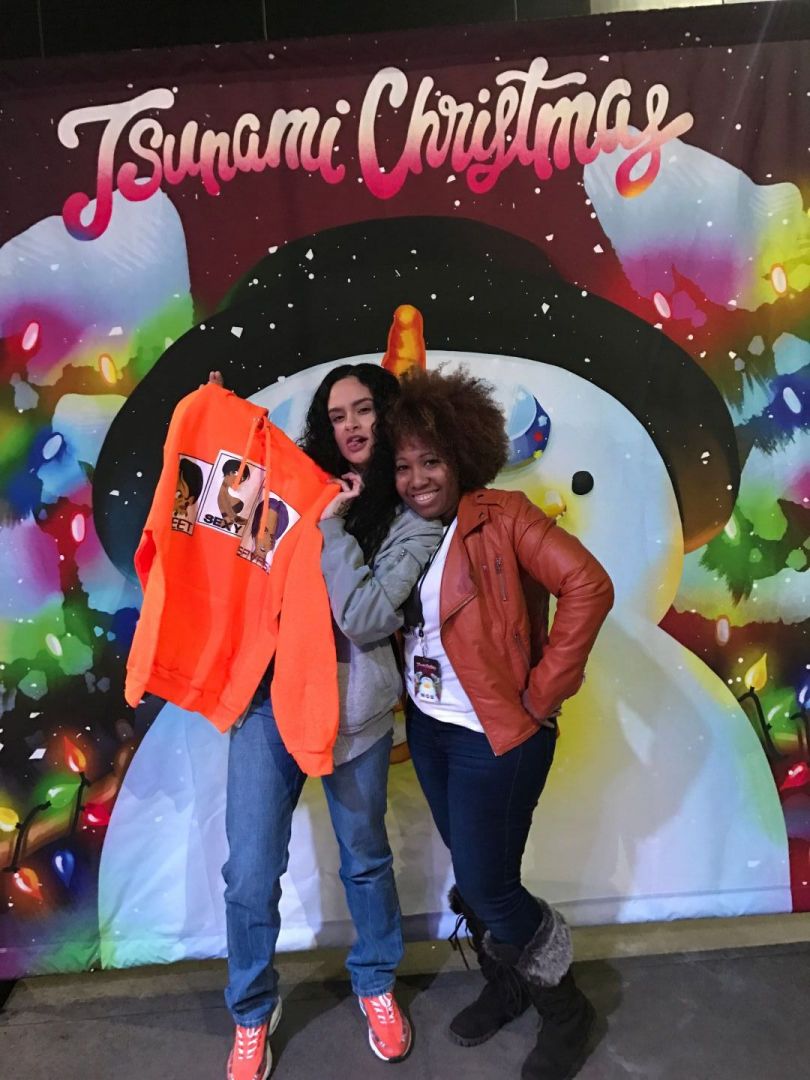 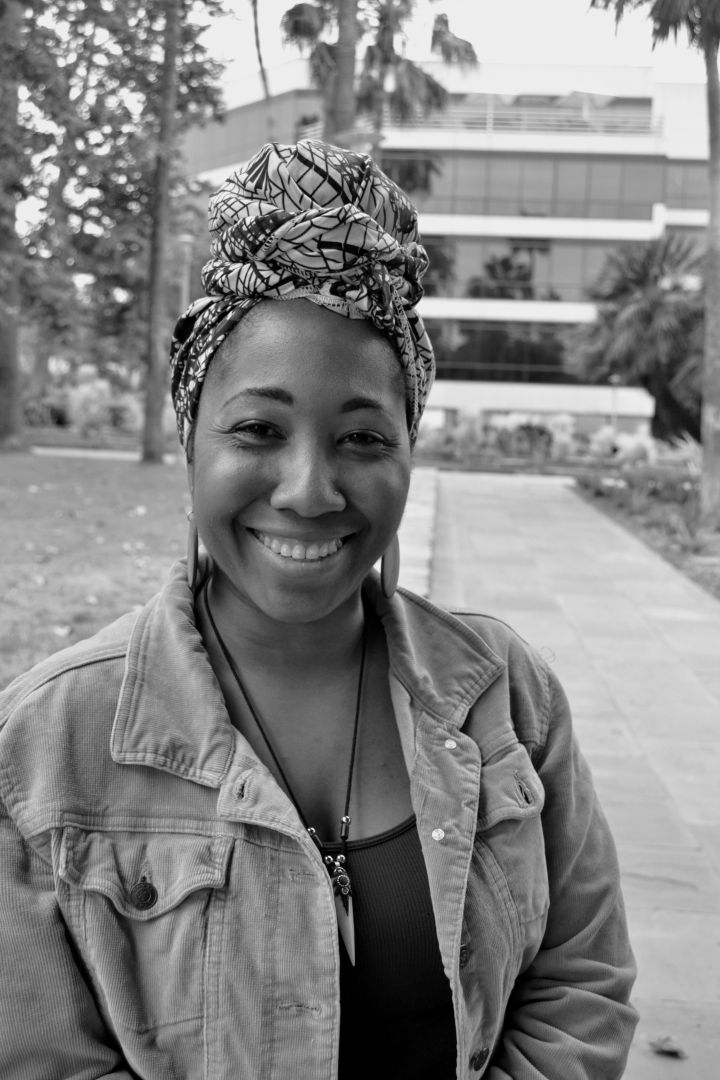 If you had a friend visiting you, what are some of the local spots you’d want to take them around to?
Where would I take friends if they were in town visiting? Hmmm…this is a tough question because I moved back to Atlanta in August 2020 during the pandemic after living in Southern California for 5 years. I then gave birth to my twins in July 2021 so though Atlanta is home, I haven’t really been out much because of the pandemic and because I’m a new mommy. So I don’t think I’d make the best guide as far as what’s poppin’ these days in the ATL.

The Beltline has come along way since I’ve been gone. Inman Park is always a cool little place to hang out and find restaurant gems. Ponce City Market is also a good place to go. Lots of great shops and places to eat there – like LaRayia’s Bodega – a fantastic vegan spot. 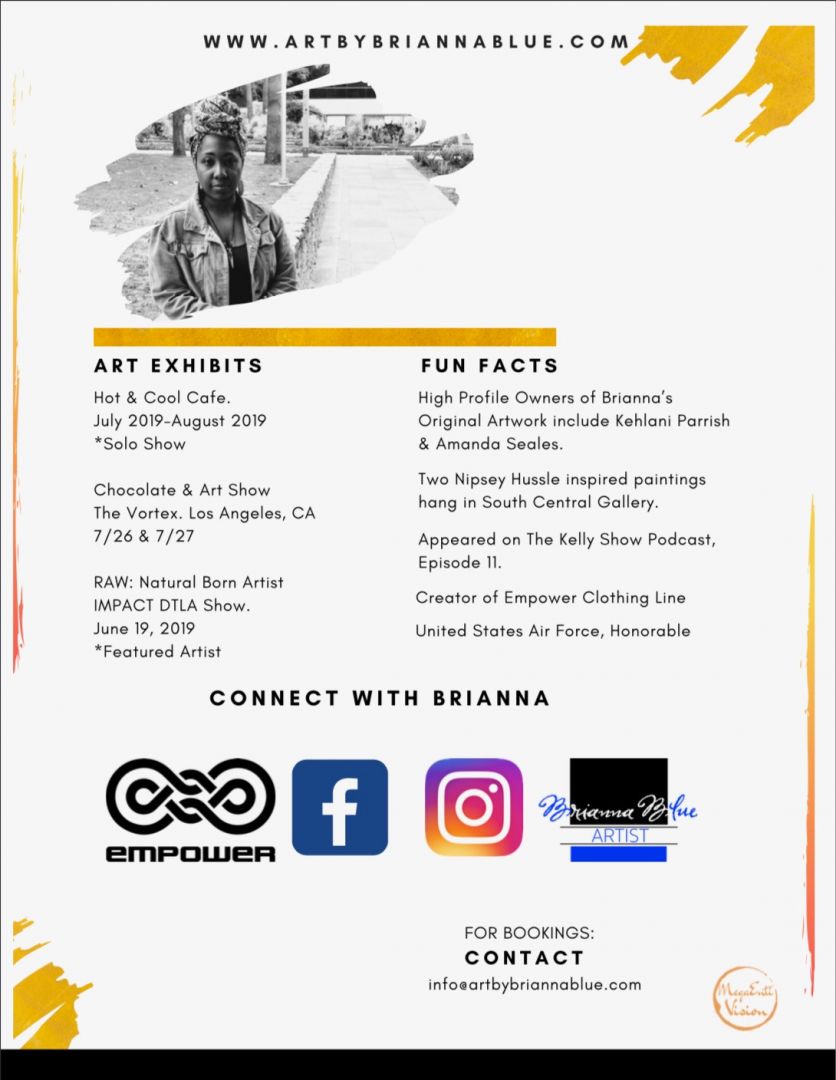 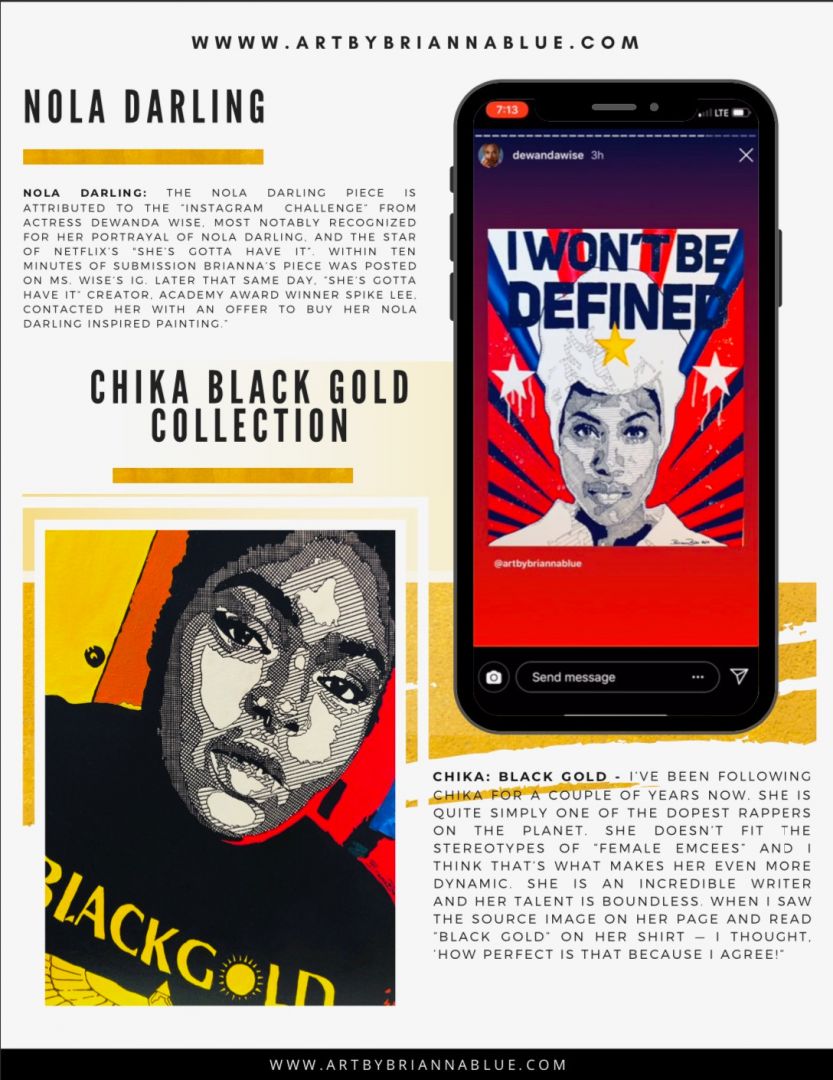 Shoutout is all about shouting out others who you feel deserve additional recognition and exposure. Who would you like to shoutout?
I wouldn’t be the woman that I am today without my parents and siblings: my mother Athena and my father Ray (rest in peace). My parents taught me that I could do or be anything that I set my mind to. My siblings taught me to care for others. My grandmother, Mae Etta (rest in peace), taught me to keep fighting, especially when things get hard. My best friends: Derek and Courtney have always supported me, encourages me, listened to me, and shown me boundless love. And to Navin, and Papa Dave – who both showed me what true leadership and compassion looks like…I dedicate my success to you. 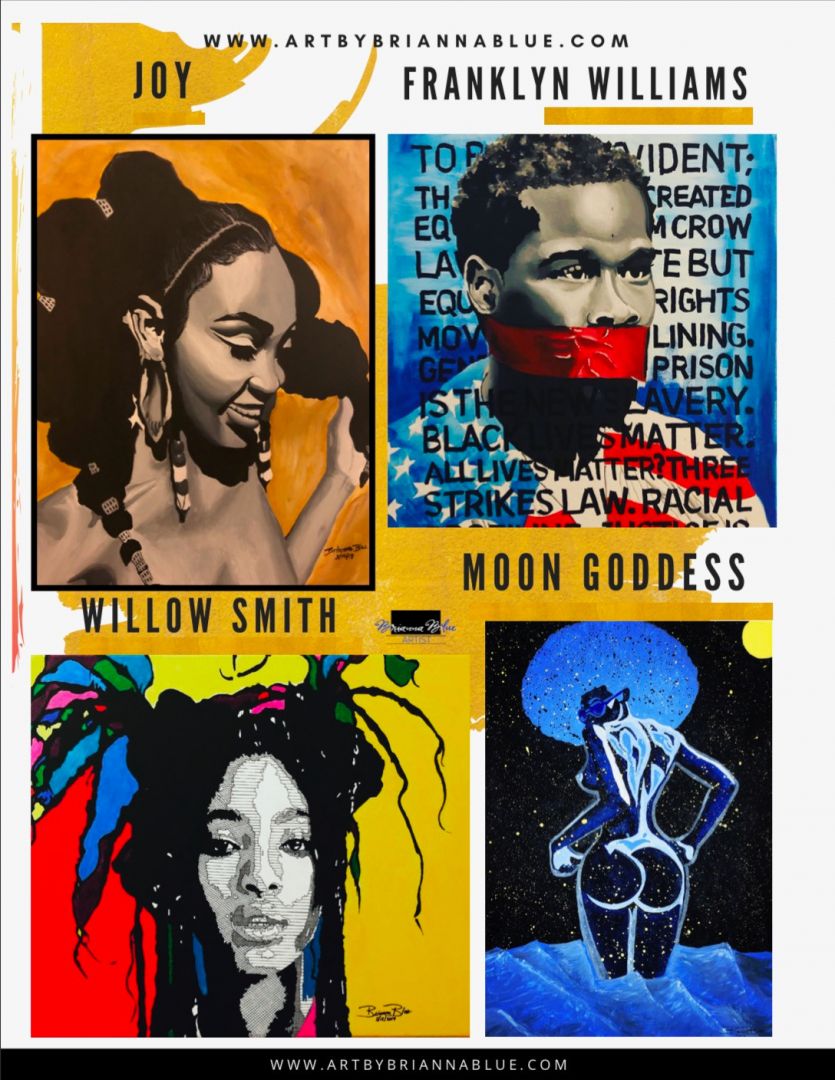 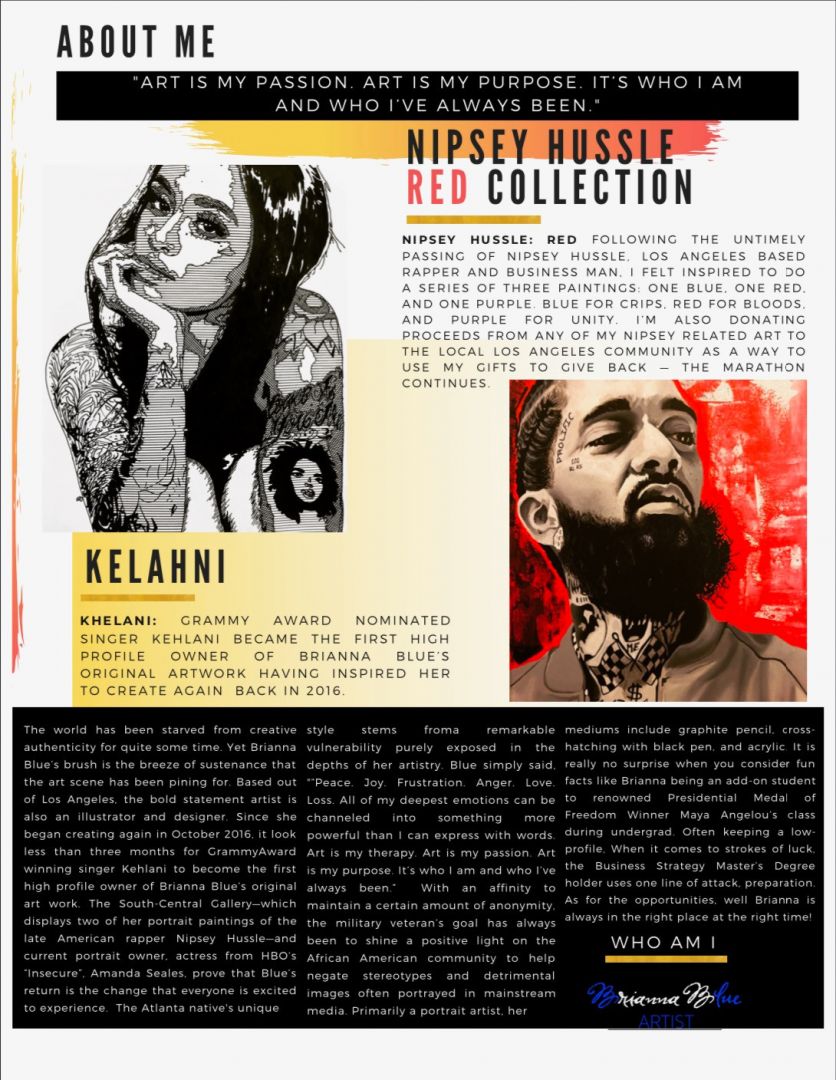