We had the good fortune of connecting with Ariel Fristoe and we’ve shared our conversation below.

Hi Ariel, every day, we hear about how much execution matters, but we think ideas matter as well. How did you come up with the idea for your business?
I never dreamed my tiny company would win The New York Times Best Theater of 2020 and the Governor’s Award for the Arts and Humanities, back-to-back, for our work in social justice! I started Out of Hand Theater with friends in 2001, when we were too young to know better. From the beginning, we knew we couldn’t compete with the budget size or star power of the Alliance, never mind Broadway, never mind film and tv, the real competition. Instead, we wanted to create personal interactions between performers and audiences, meaning interactions between audience members themselves, something you could never get by watching tv. We wanted to make shows about the issues that matter most to our community, and make them in partnership with local experts. We wanted to reach people who don’t usually go to the theater. This meant taking our work out of traditional theater venues, and into the community, and increasingly, it meant focusing our work on social justice, and particularly on racial justice and economic justice, the most pressing issues of our time. 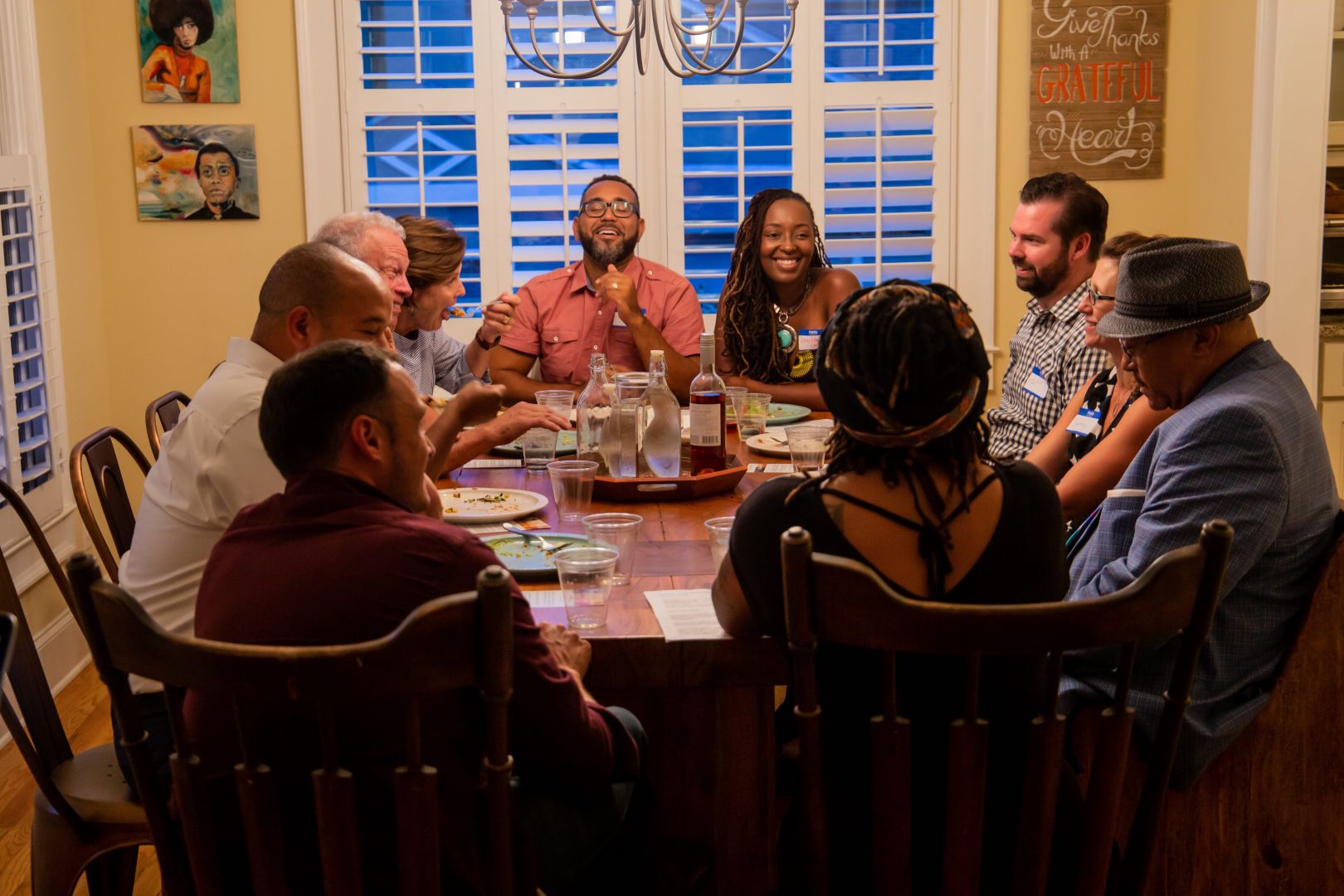 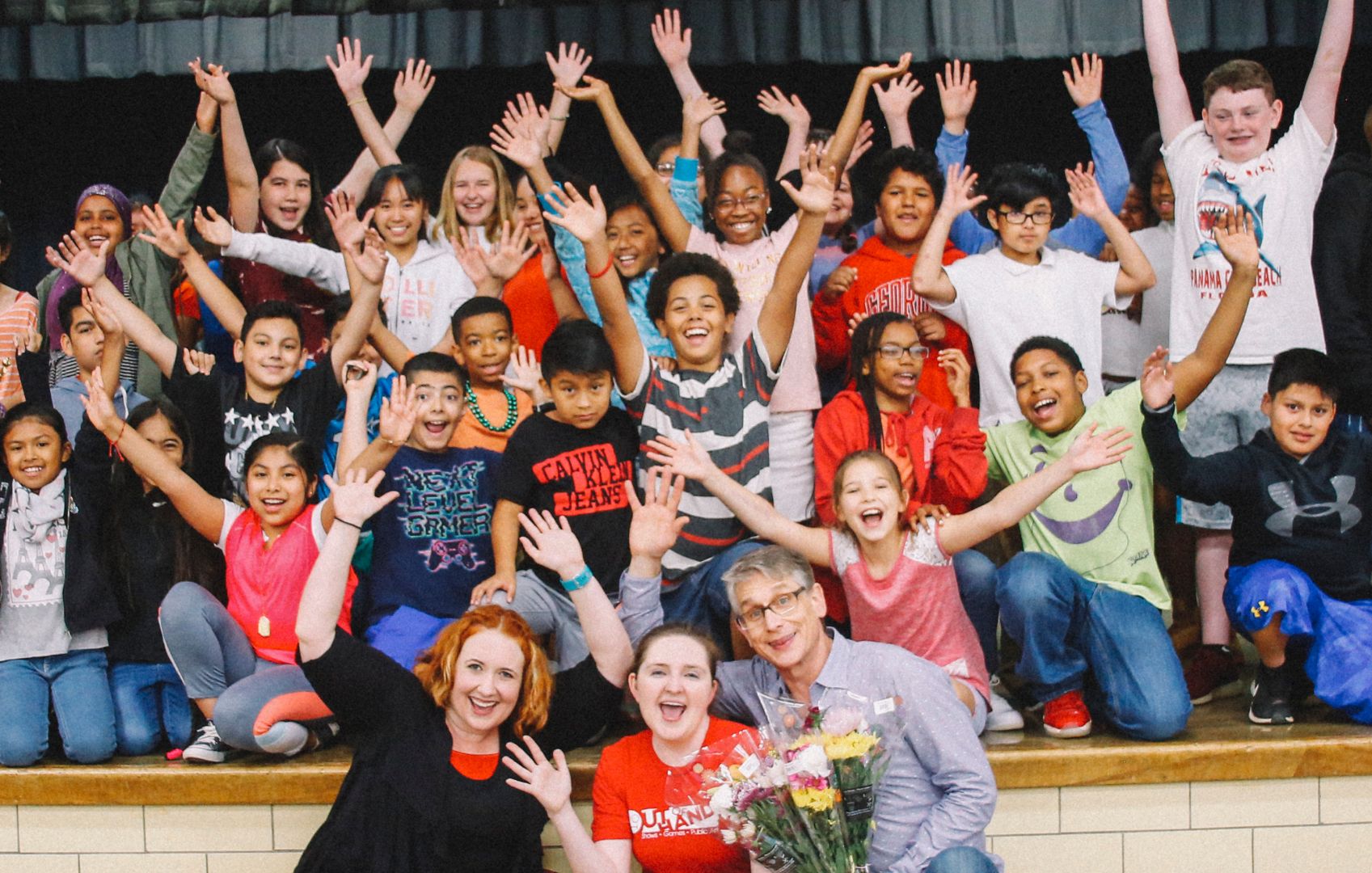 Can you open up a bit about your work and career? We’re big fans and we’d love for our community to learn more about your work.
Out of Hand Theater uses the tools of theater to work for social justice, creating programs that combine art to open hearts, information to open minds, and conversation, to process feelings and thoughts, and make a plan for action. All of our work is developed and implemented in partnership with social justice organizations, government, businesses, and schools. Our programs include Shows in Homes, Equitable Dinners, Civic Collaborations, Creative Kids, and Institute for Equity Activism. Shows in Homes combine one-act plays on social justice topics with conversations with community partners, including Moms Demand Action and Georgia Justice Project. Civic Collaborations comprise programs on poverty, racism, vaccine confidence, and child sex trafficking, with partners including Families First, The Home Depot Foundation, CDC Foundation, Georgia Department of Education, and Wellspring Living. Out of Hand Education programs include Institute for Equity Activism, providing leaders with the skills to recognize and disrupt cycles of discrimination and inequity, and Creative Kids, providing free after school programs at high-poverty schools and after school centers.
Art engages emotions, making messages sticky and memorable. By pairing art with information and conversation, Out of Hand inspires understanding, empathy, and action around social justice, and we help create a culture shift towards racial and economic justice. After Equitable Dinners, 98.4% of survey respondents feel inspired to make a change. Last but not least, as our awards attest, our work pushes the boundaries of theater, and elevates the role of art in our community.
When the pandemic hit, we had just produced Decatur Dinners, and were in the midst of planning our most ambitious program to date, Equitable Dinners: Atlanta. In 2019, we partnered with the City of Decatur’s Better Together Advisory Board, City Schools of Decatur, Decatur Housing Authority, and nonprofit One Small Change to organize Decatur Dinners, 100 dinners for 1000 guests on one night, in homes, community centers, and houses of worship, with a facilitated conversation about racial equity over a potluck dinner with racially diverse strangers at every table, sparked by the live performance of a short play about being Black in America, in every room. The program was a huge success, with 1200 guests that night, hundreds more on the waiting list, and news coverage in a dozen outlets, including All Things Considered. We re-branded the program as Equitable Dinners: Setting the Table for Racial Equity, and our next plan was to organize Equitable Dinners: Atlanta, 500 dinners for 5000 guests in one month. Then Coronavirus hit. By then, we had assembled a powerful team of partners, and with their help, we quickly changed plans. In April 2020, we launched Equitable Dinners: Lift Every Voice, a free, monthly, online series addressing a different anti-racism topic each month, with a guest speaker, the performance of a new 10-minute play written in consultation with the speaker, and facilitated, small-group conversations in Zoom breakout rooms. Over 7500 people have already taken part in Equitable Dinners, with 58% white attendees and 42% attendees of color, an almost unheard-of mix in public conversations about race. Equitable Dinners has addressed anti-racism and health, education, housing, food, poverty, criminal justice, voting rights, and immigration, with many more to come. Last but not least, Equitable Dinners gave birth to Equitable Dinners at Work: private, paid programs for businesses and schools including Coca-Cola, BlackRock, Audible, Bain, Veritiv, and Emory, providing a transformative new revenue stream to fund our free programs, like Equitable Dinners and Creative Kids. We will hold those 500 dinners for 5000 people in 1 month in fall 2022 in Atlanta, in person! 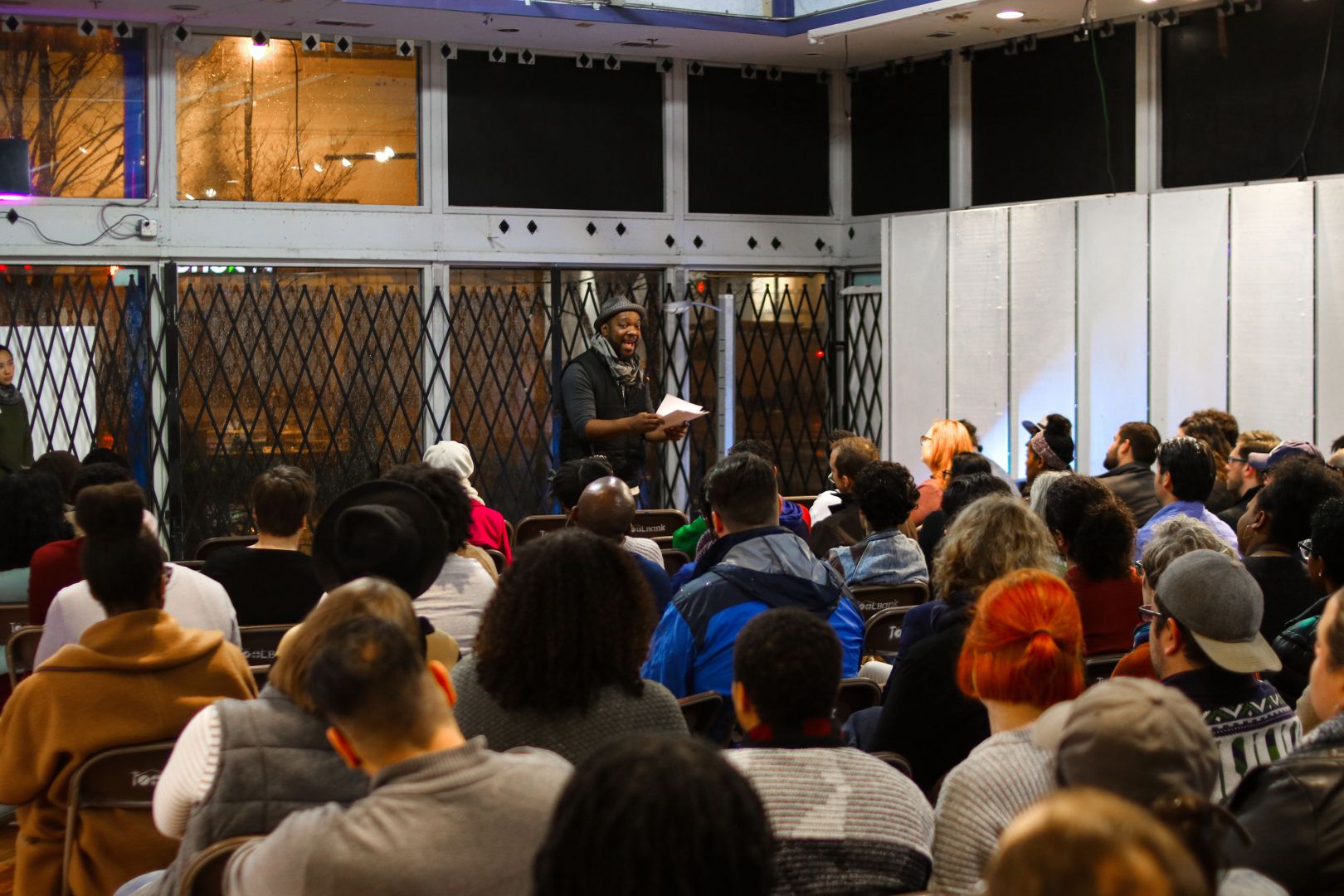 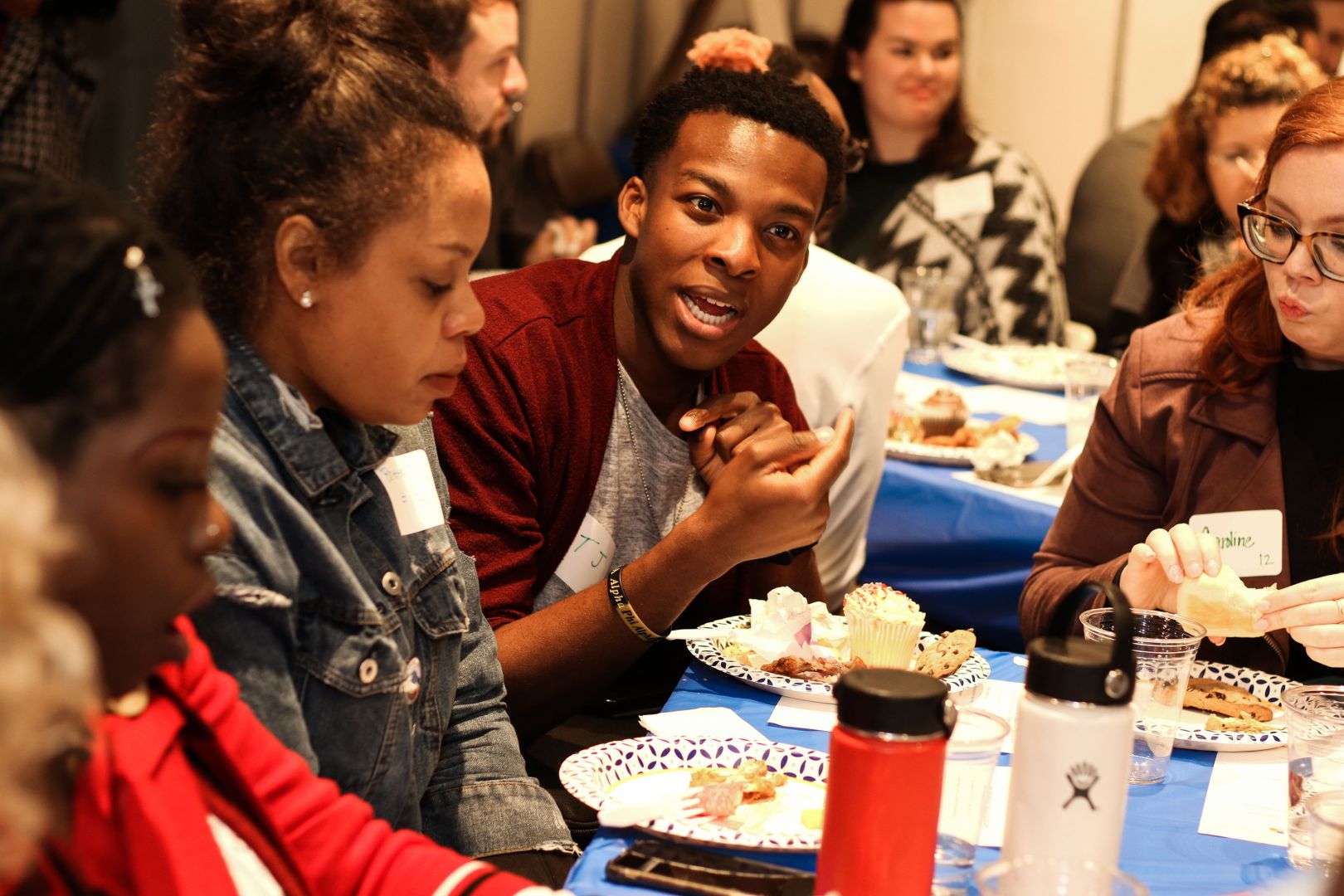 If you had a friend visiting you, what are some of the local spots you’d want to take them around to?
I live in the MLK Historic District, and living in a historically Black neighborhood, arguably the most historically significant Black neighborhood in Atlanta, has made a huge impact on me. When friends and family come to visit, we walk them around the neighborhood to The King Center, Ebenezer Baptist Church, Martin Luther King, Jr.’s birth home, and the through the rich history of Auburn Avenue. We are also just a few blocks from The Beltline’s Eastside Trail, and we love to eat at Krog Street Market and Ponce City Market, and the restaurants on Edgewood and our end of Highland, there are so many neighborhood treasures–BoccaLupo and Revolution Doughnuts are both amazing, and my 11-year-old adores Ammazza pizza. We can walk to the Apex Museum, The Carter Center, or the Rialto for a show. It’s pretty amazing to have two Nobel Peace Prizes housed in one neighborhood. From my house, you can spend a great week in Atlanta, without ever getting in the car! 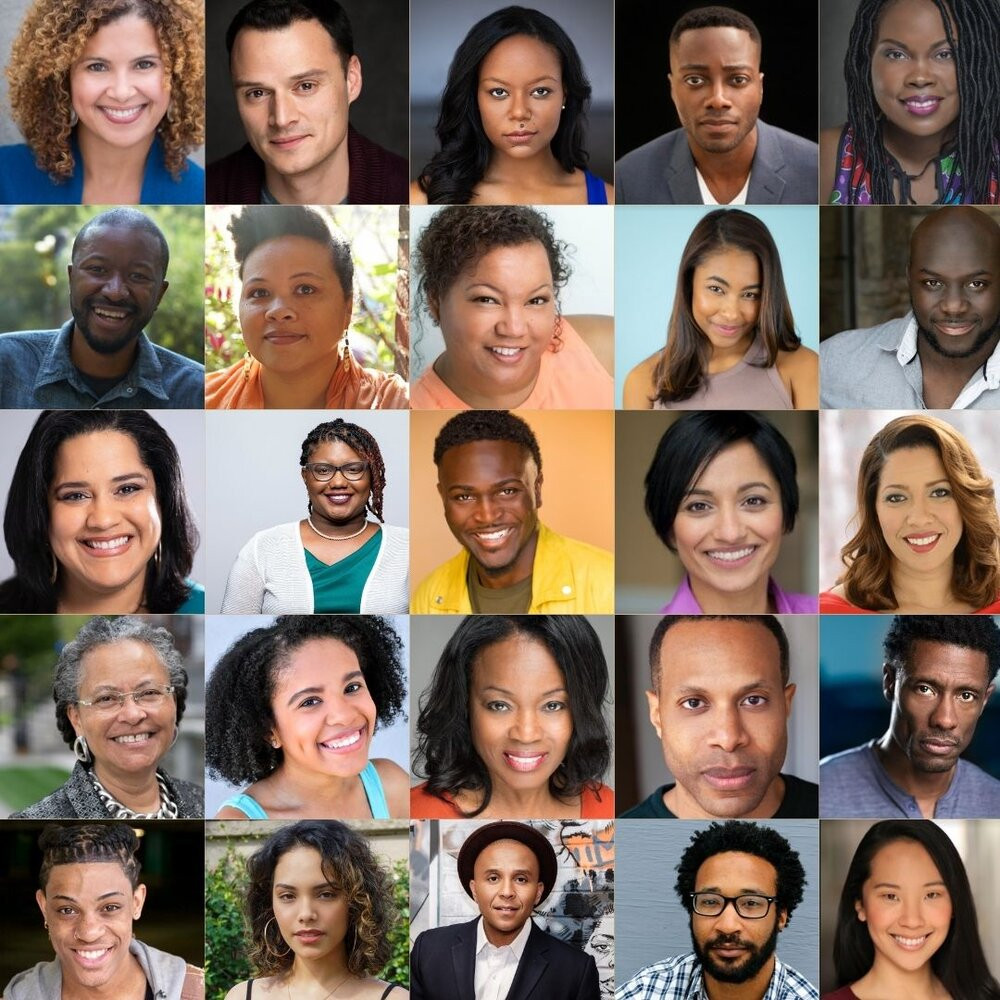 Who else deserves some credit and recognition?
The staff of Out of Hand Theater is crucial to our success. Managing Director Erin Parker has kept us in the black for 12 straight years, and is the best in town. Director of Equity and Activism is the organizational and programmatic genius behind Equitable Dinners, plus our Institute for Equity Activism. Thanks also to Associate Artistic Director Marlon Burnley for his fabulous dramaturgy, writing, directing, and acting, and to Operations Manager Thomas Brazzle for keeping everything together! Our beloved Equitable Dinners partners are critical, as well, especially The National Center for Civil and Human Rights, The King Center, and Partnership for Southern Equity, and last but not least, the incredible members of the Equitable Dinners Design Team, especially those who have been there from the moment we went online, including Terra Gay, Cicely Garrett, Allison Bantimba, and the one and only Dr. Camara Jones. 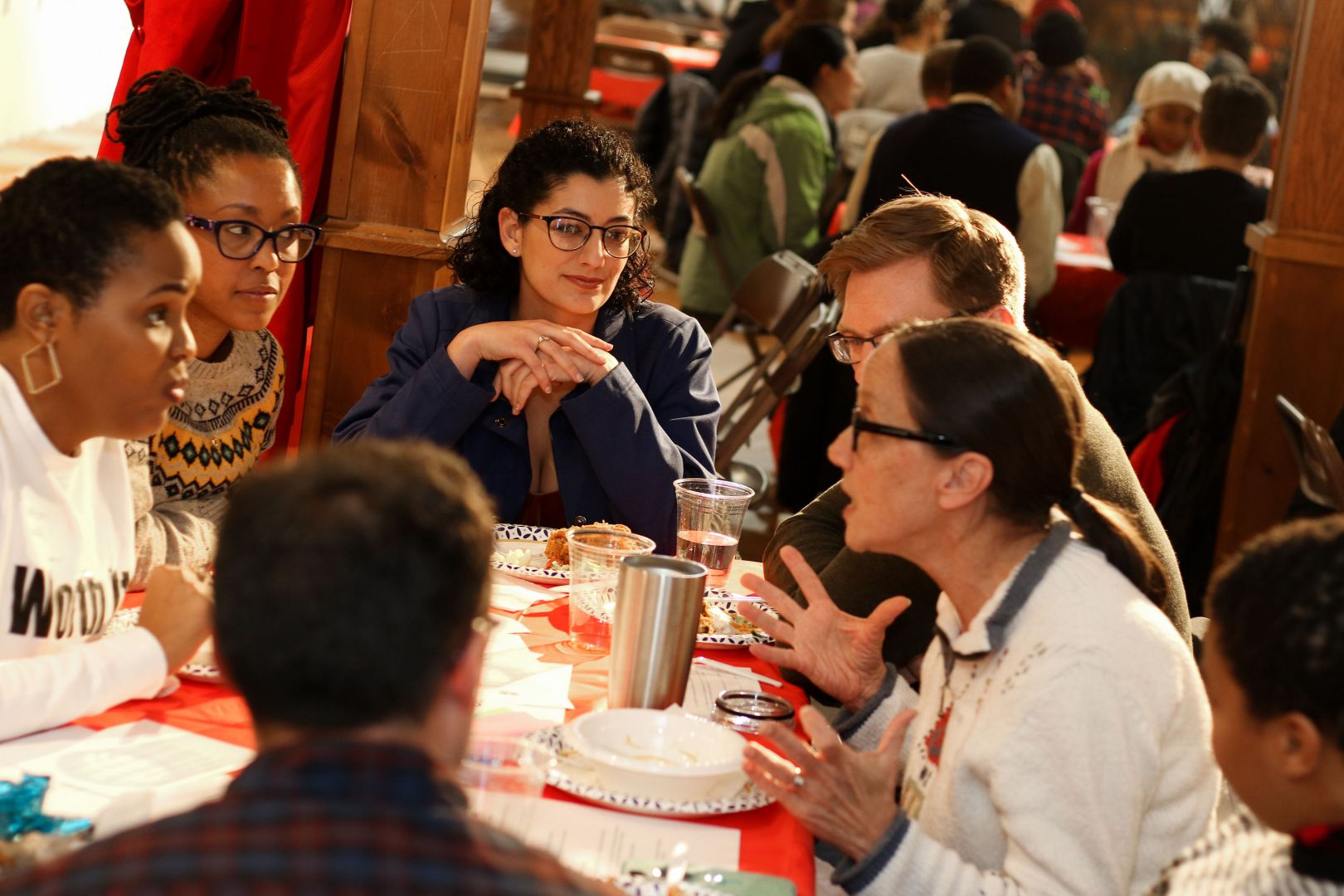 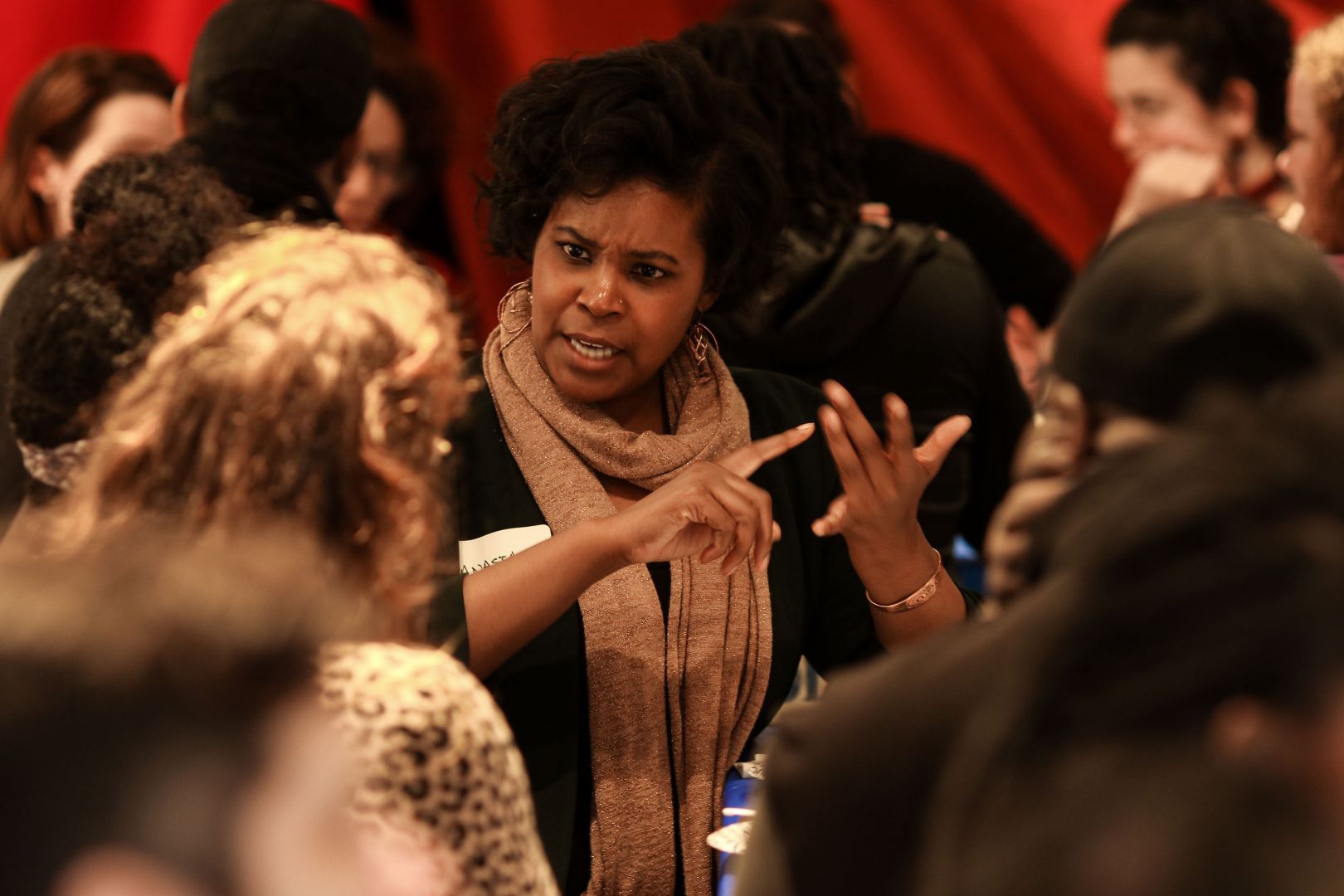