Starting and growing a business is hard, but often deciding to start the business in the first place is even harder. We asked some successful entrepreneurs from around the community to open up to us about how they thought about starting a business. 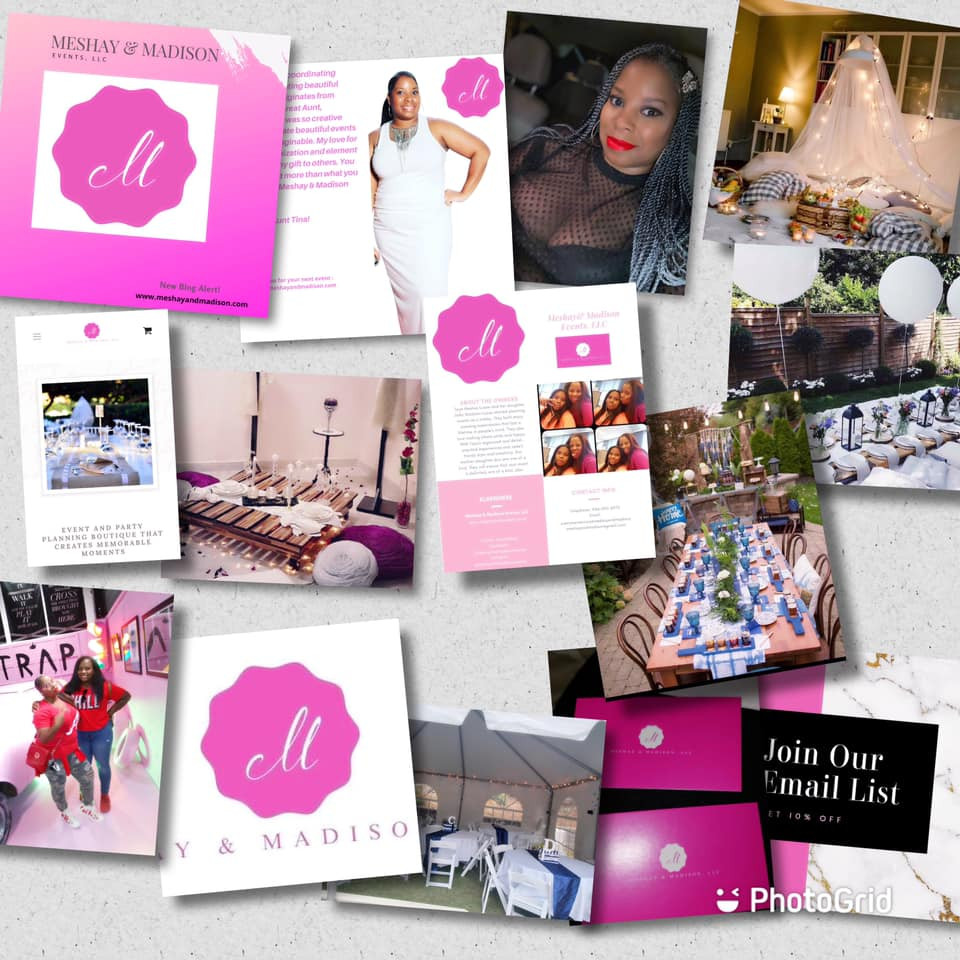 My thought process in starting Meshay & Madison Events, LLC was that I wanted to give my daughter the gift of entrepreneurship. We love to decorate, organize, and help people. Coordinating events with my daughter allows me to spend more time with her, bond with her, and leave a legacy that she can pass on to her kids. Read more>> 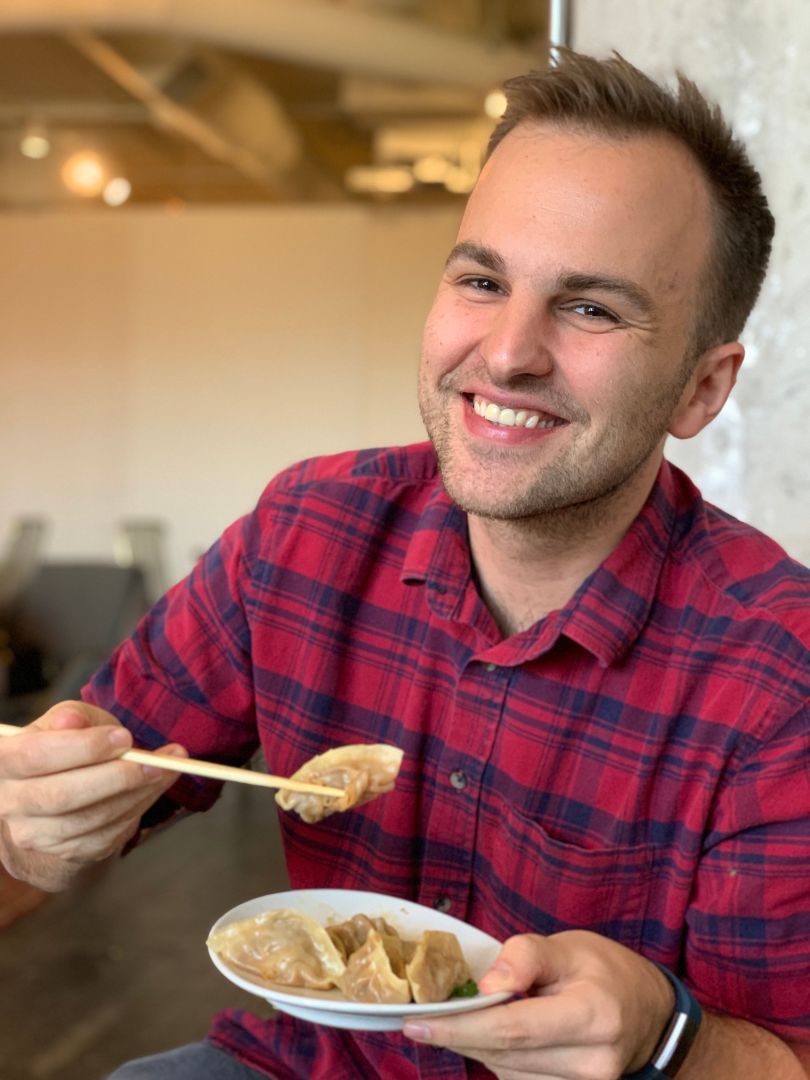 I’ve always enjoyed cooking, and am always giving myself passion projects to keep me busy. While most people have told me I should not be afraid to take breaks, I just keep going. Before Who Noms the World, I self-published a cookbook, and before that, it was just a snowball of learning and trying new recipes. When I finished my cookbook over three years ago, I took about a month to think what I wanted to do next. I knew I wanted my next project to involve cooking in some way. Cooking Slovak dishes for my cookbook inspired me to continue the trend of digging into the roots of other cultures. I knew I wanted to open not only my eyes, but everyone’s eyes to what foods are out there from cultures other than our own. The most important thing for me was to actually be inspired by people from the respective countries I cook from. I wanted to show care and respect to the dishes I cook. Read more>> 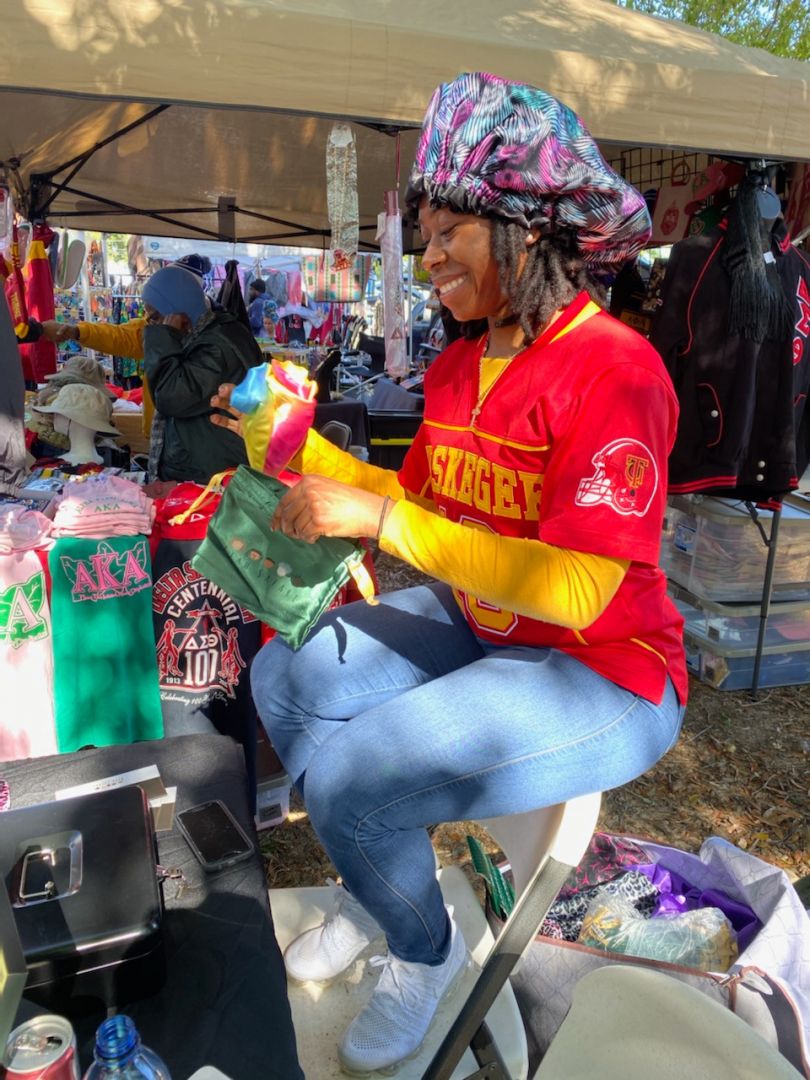 The initial thought process behind starting my business was that I had a very particular problem that no one seemed to have solved, so why not solve it myself? I then thought I couldn’t be the only individual who has this issue. I began to ask my close friends if they shared the same experiences as I did and also googled around. Once I came to the conclusion that I was not alone, the entrepreneur in me grew stronger and I got excited. That’s when the oil resistant bonnet, the foundation of my business, was born. Since then I’ve been looking for ways to expand my business and fill the void in certain areas as it pertains to hair care and organizations such as the Military. Read more>> 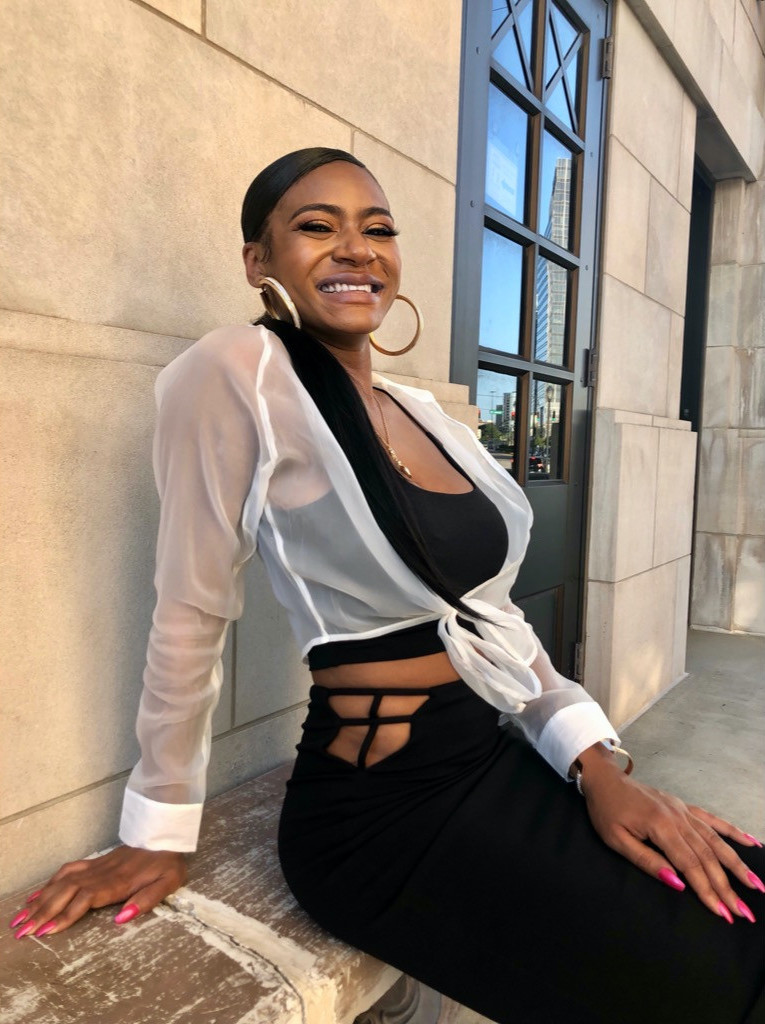 I come from a family of business owners, so ownership has always been a part of my thought process. During the blog era I had a lot of friends or associates that were either artists, rappers, or creatives that I would interview and I would also cover hip hop and entertainment events. This led me to the idea that I should start a business providing professionally written bios, presskits, contract writing, book editing, etc because I was already in an industry surrounded by people with interesting stories to tell or people who needed professional writing services for their brands. That’s when I launched my website. Read more>> 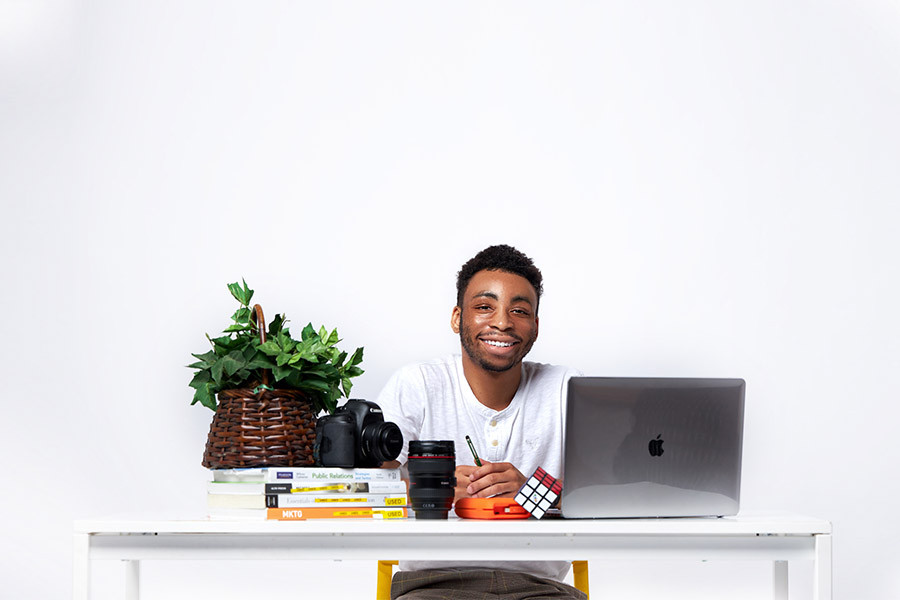 The first question I asked myself when starting my own business was, “Am I serious about this?” I had to tally up all of the benefits of starting a photography business. I also took into account that this profession didn’t seem much like work, because I loved it so much. Helping others & making profit truly influenced my decisions on starting my business during college. Once the decision was final, my last thoughts were to find my brand identity & expand clientele. Read more>> 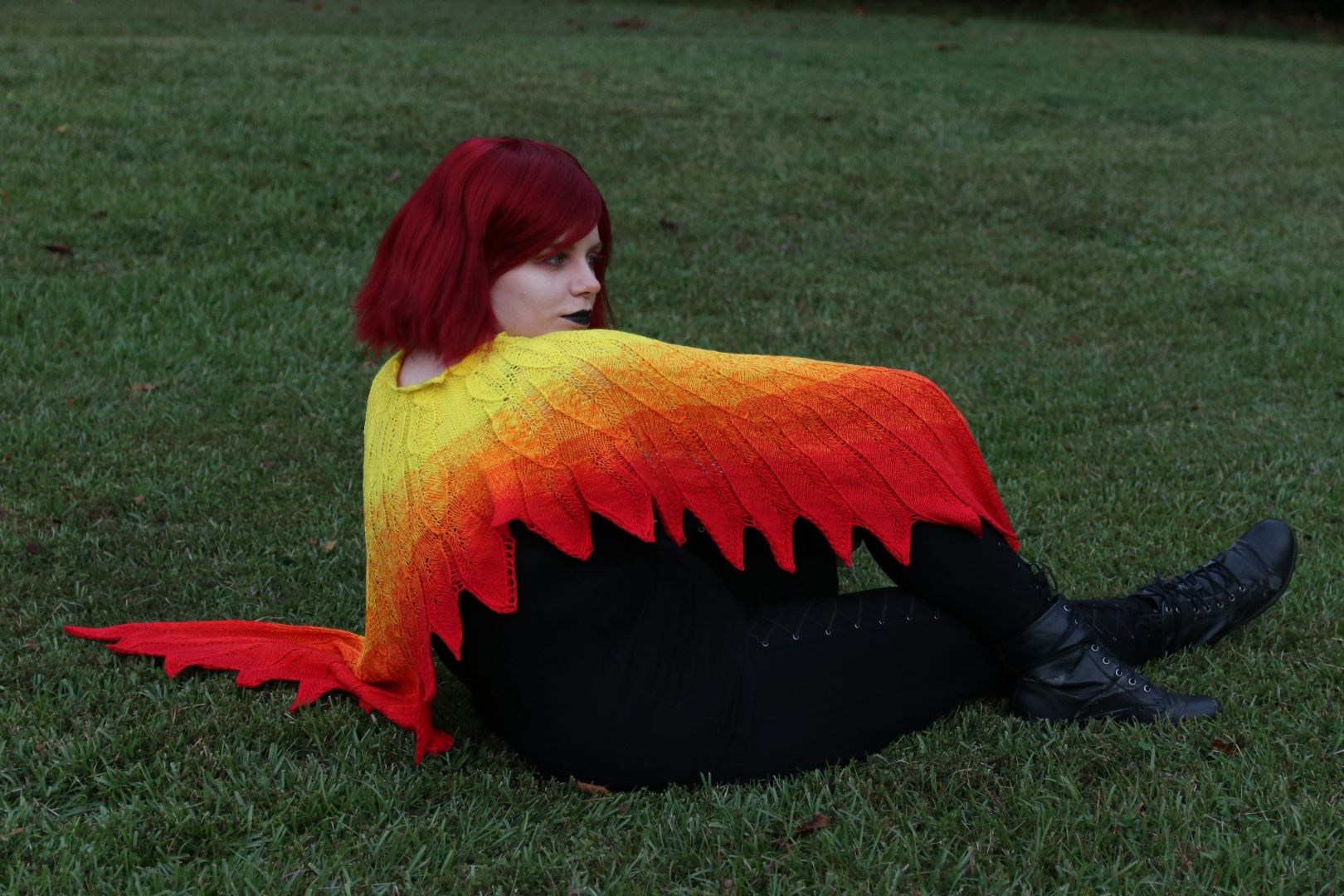 I was really young when I decided that I wanted to work for myself. Someone had explained to me that there were people out there that worked for themselves and it really appealed to me, even as a 7 year old. It was the coolest thing I had ever heard, so I thought that it would be a sort of badge of honor to do. As I got a little older, my priorities for why I wanted to start my own business started to change. No one to tell me what to do, I could wear whatever I wanted, or set my own schedule, so I could go to bed and wake up as late as I wanted. I always knew that I was different from other people, so it was really important to me to be able to maintain my individuality. I’ve always been a bit of a night owl too, so I wanted to be able to facilitate that. As I got older, I realized that being an artist wasn’t going to be enough to cut it. Read more>> 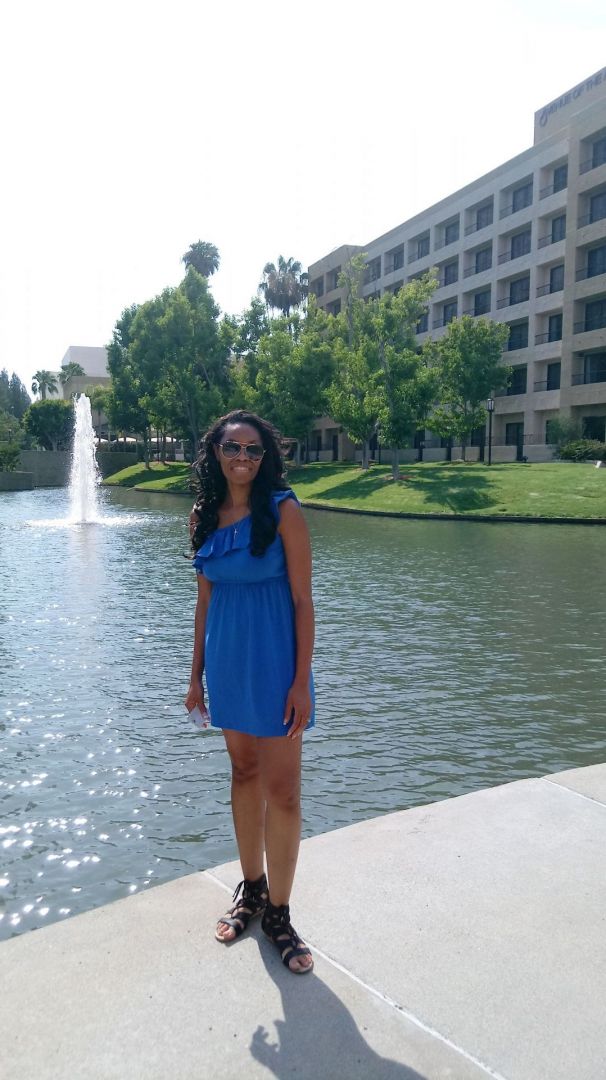 Originally, I went to school to become a teacher and had succeeded in becoming a teacher. However, when I had my daughter, I knew I wanted to be able to spend time with her and needed a career that allowed me to be flexible with my time. To be honest, before having her, I never thought about owning my business. Having my daughter brought out a new drive in me! I began to research day and night about entrepreneurship and what it takes. At the time, I was really into watching cookie decorating videos and decided custom cookies would be a great way to combine creativity, flexibility and revenue. Read more>> 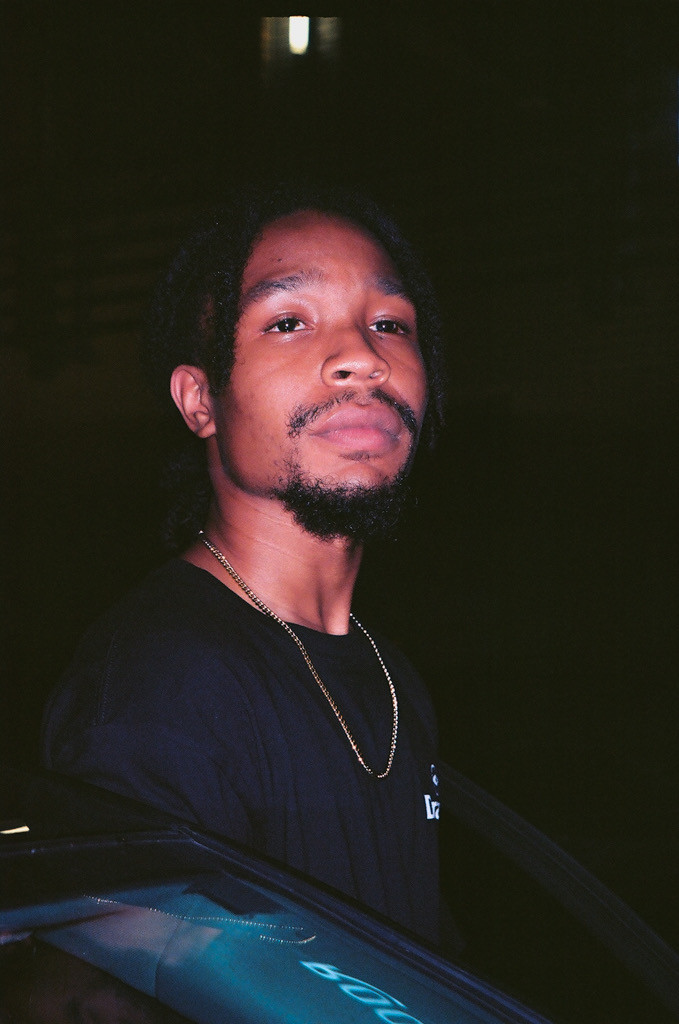 My first thought was figuring out what i could provide to my listeners. Merchandise, beats, recoding services etc. I’m more focused on creating a community within the music industry. My thought process deals with organization, consistency, And execution. It’s better having self awareness. Read more>> 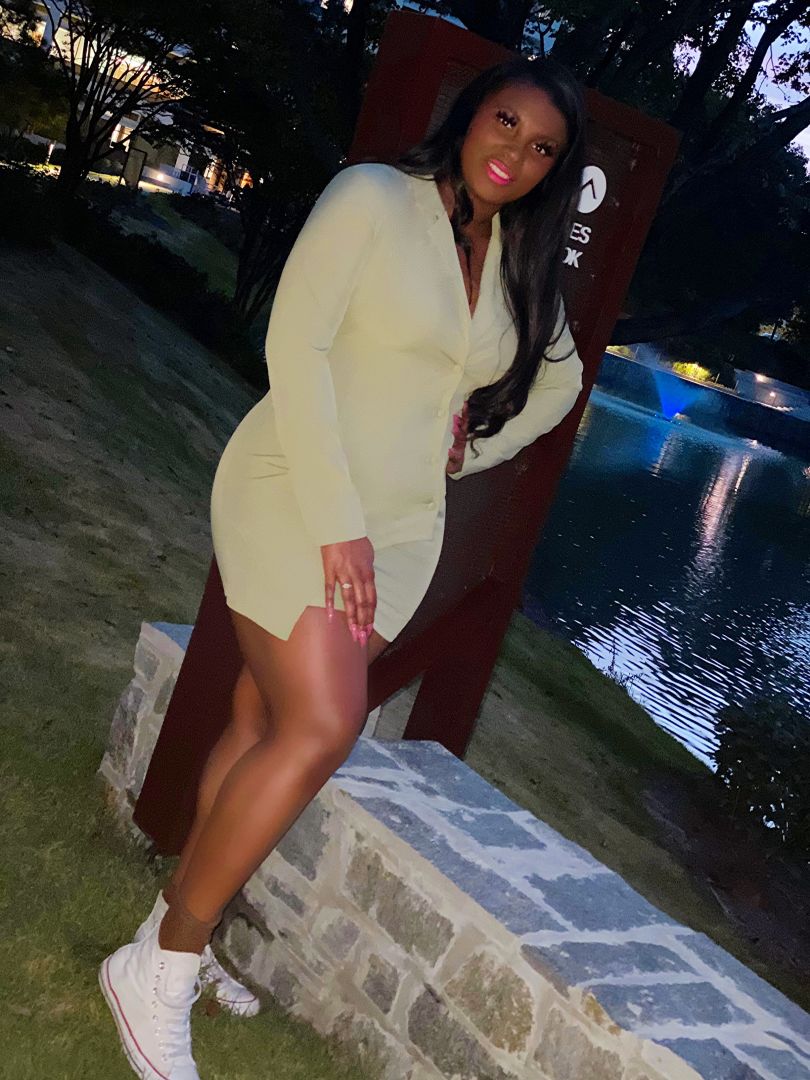 My thought process behind starting Bonnie Blist Studios was that I wanted multiple steams of income. I’ve always admired girl bosses and I knew what I was great at. That was skincare and beauty. I take pride in making sure I’m body is health so it was a no brainer to start a skincare line that would help others feel and look as beautiful as possible. Read more>> 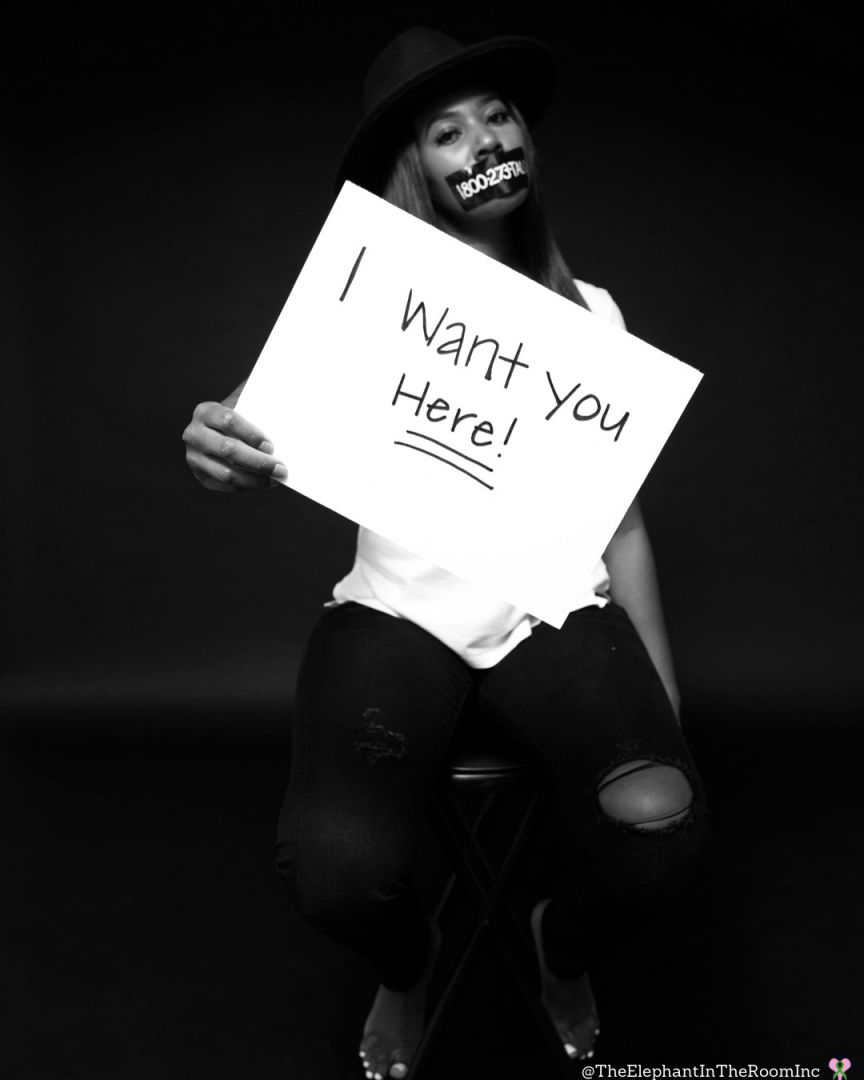 I struggled with anxiety as a teenager and could sometimes barely get through days; so I wanted to do something that would impact others that are struggling with mental health. I wanted to create a platform and environment that would encourage others to speak up about Mental Health not help erase the stigma. Starting my nonprofit is one of the best decisions that I have ever made. over the years, I have been able to help so many people who were afraid to deal with trauma, anxiety, and depression. Read more>> 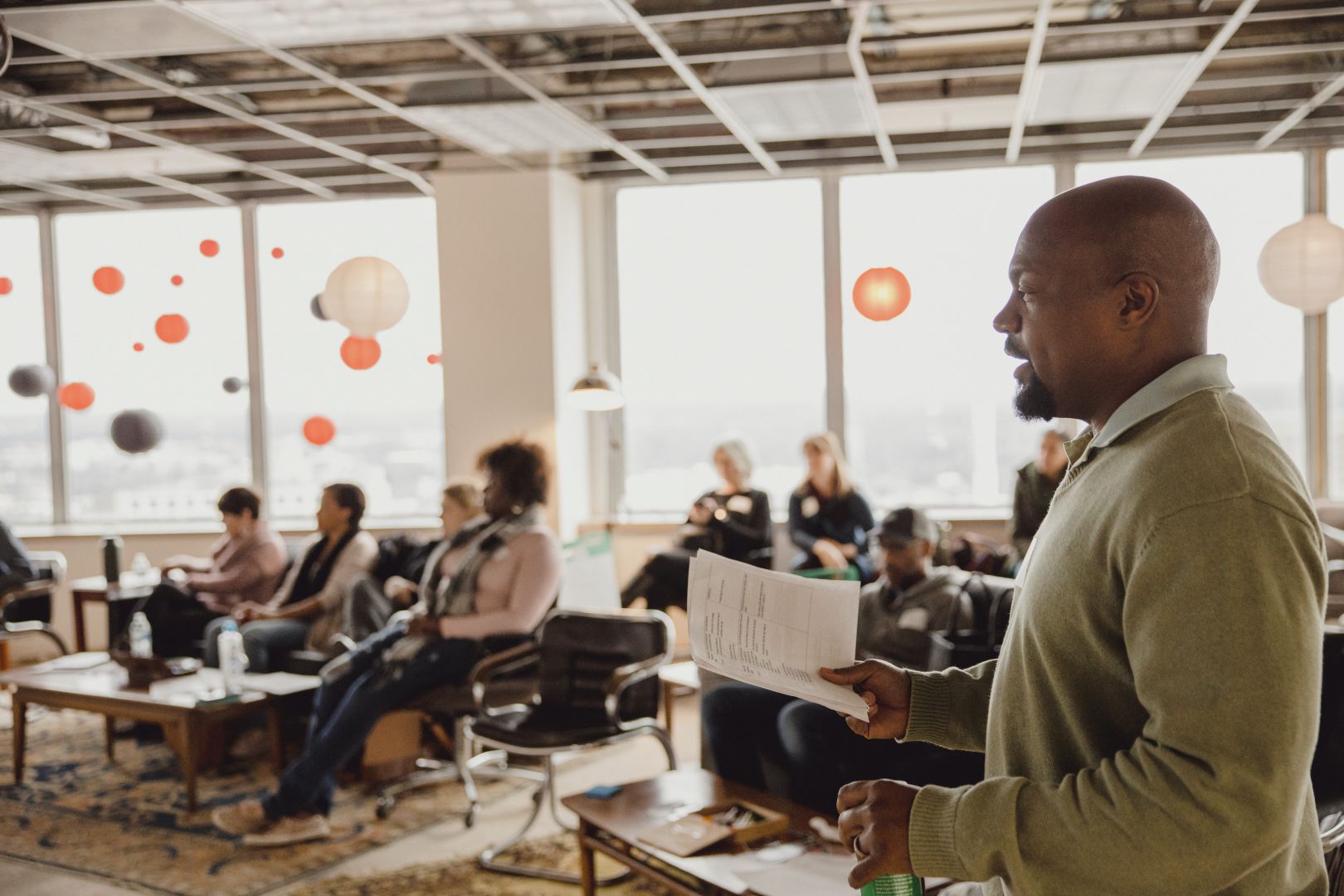 Starting my own business was always in the back of my mind but certainly wasn’t a clear plan. It was more of a feeling or a calling than a thought process. For me, the burning desire to be my own boss would eventually outweigh the safety of working within someone else’s structure. And the truth is, when you NEED the flexibility, freedom, and autonomy of being your own boss, anything less than that will reflect in your on-the-job performance. There’s no way to hide it, and you owe yourself the right to be happy and successful at work. So, starting my own business was a combination of self-preservation, mixed with the search for fulfillment, and the courage to take a risk. Throughout my youth, I always found myself enamored with those who were able to master their own destiny, run their own businesses, essentially call their own shots, but I always felt constrained by societal norms. Read more>> 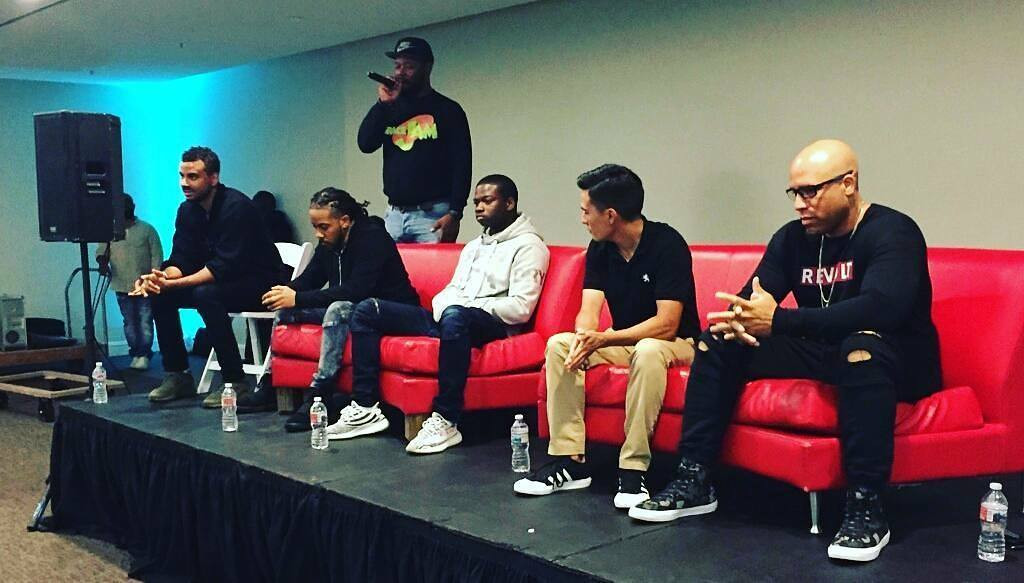 After over a decade in the music business. I realized that in order to change the culture for the better, I had to build a brand that reflected the values I believed in. My goal of helping others build the strongest foundation possible could only be achieved this way. I gathered a group of like-minded individuals and we established a joint-venture that we believe will empower music creators. Read more>> 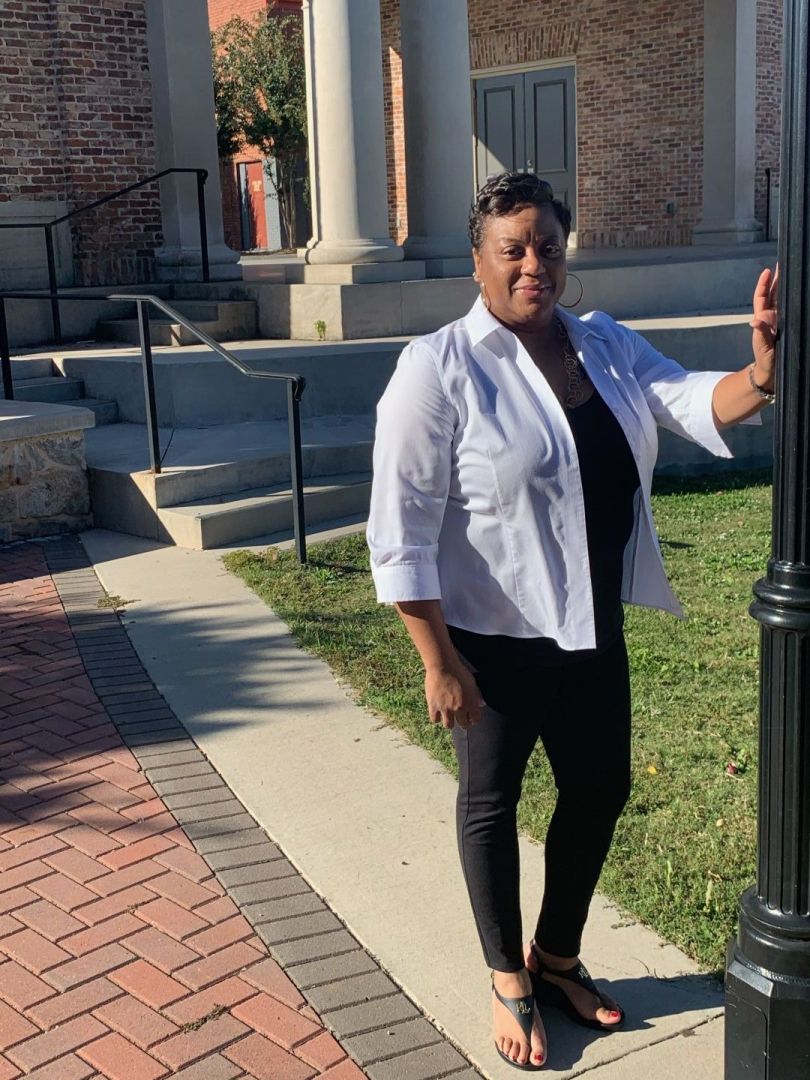 In 2017, I went through an extremely tumultuous divorce that ultimately ended in what could have been a fatal act of domestic violence. My ex opened fire on me as I sat in my car in our driveway. In a selfish act of cowardice, that was his solution to take our house away from me. The next year and a half was spent going back and forth to court. I saw countless women who were victims of domestic violence sit in the courtroom without any support. Many were alone, and had no idea what questions to ask or which resources to seek out. It became clear to me that the justice system was not set up to help the victims. Politics often took precedence over someone’s life. I had, and continue to have a very strong support system. Read more>> 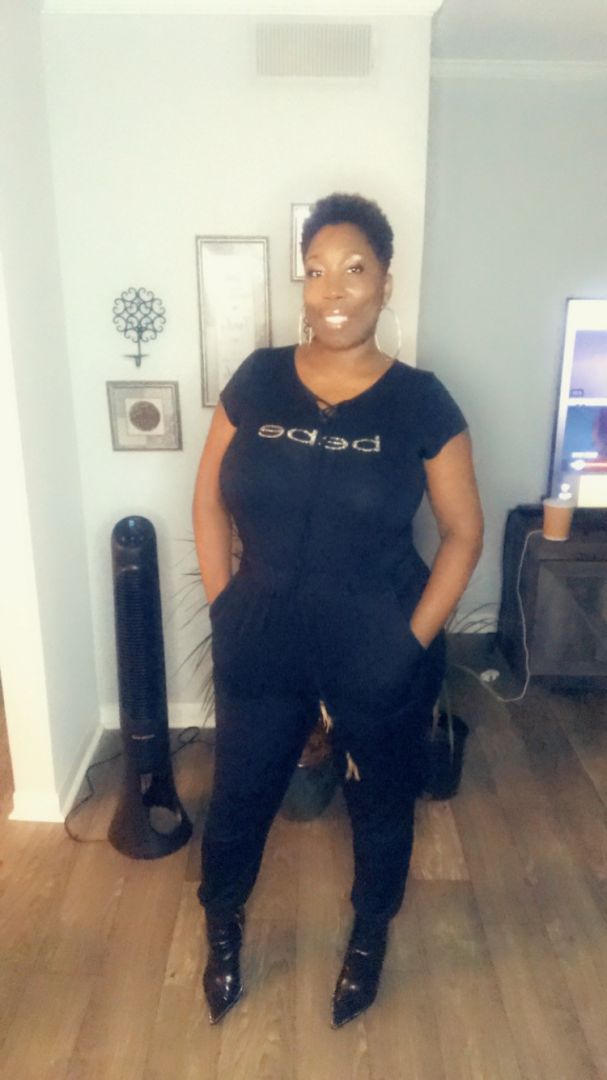 Honestly, I was at the lowest state mentally, emotionally, physically and financially, so my thought process when starting Kiss the Cook in Heels, was that this HAS to work!!! I had a vision, but I always found an excuse of why I couldn’t start! I never had the money, too many personal problems, bad credit, no credentials, seemed like the timing was off, you name it, I thought it! The desire to change my life and leave a legacy that my children could be proud of, was key in me pressing forward in pursuing my dreams! Read more>> 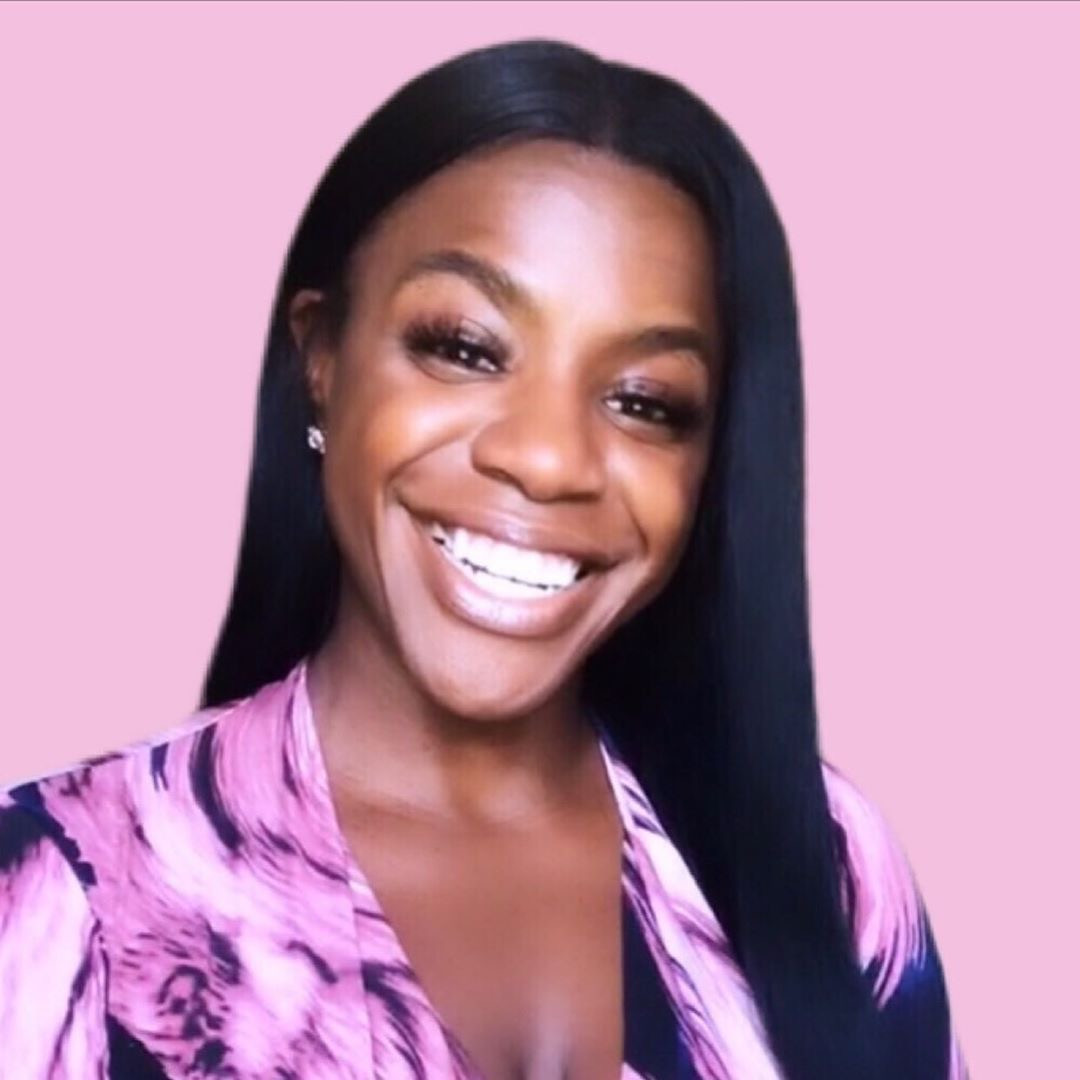 The thought process behind starting The Oh Show LLC was inspired by my roots in local TV news. I wanted to be more enveloped in community stories and dive into the heartbeat of communities. I wanted to support them more, hear them out and offer solutions. I could not do that in news. In news, you are only responsible for getting the facts and bringing it back, but that was not enough for me. I wanted more. So I quit on October, 8, 2019, launched my talk show April 2019 and became an LLC through a blessing on May 2019. Th rest is hardworking and history. I also wanted to see more representation in media beyond skin tones but accents, experiences, backgrounds, beliefs. I wanted to see the spectrum of beautiful people through lived experiences. So I took a leap! So glad I did. Read more>> 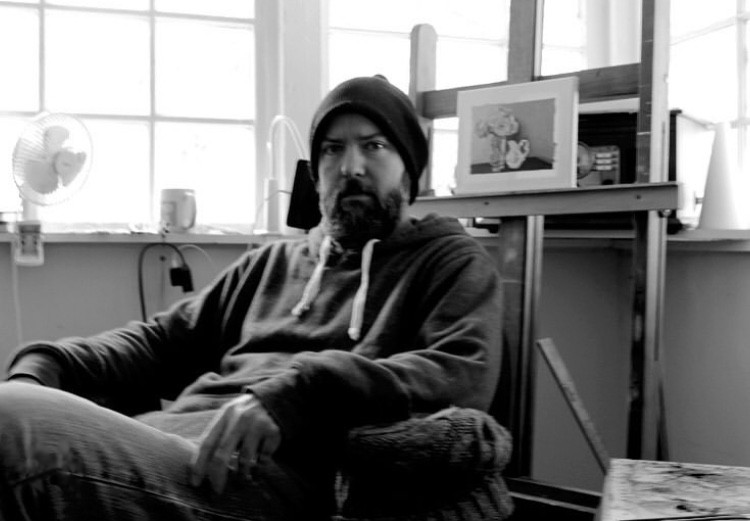 The best way to describe it is as an obsession. I was working a corporate job in a toxic work environment and all I could think about was being in my studio painting. Then I left that place and landed a job at a wonderful institution that paid and treated me well. It was a fantastic work environment and still, all I could think about was being home in my studio, painting. When the idea of starting my own business got to the point where it dominated every aspect of my daily life, I knew I had to at least try. Read more>>

Where do you see yourself at the end of your career?