We had the good fortune of connecting with Stephanie Dawn Payne and we’ve shared our conversation below.

Hi Stephanie, we’d love to hear about how you approach risk and risk-taking
I think the biggest guiding philosophies behind how I evaluate potentially risky choices in my life are: 1) People regret the things they don’t do in life and 2)What’s the worst-case scenario? When I frame choices around those two things, I encourage myself to be brave but also to think through as as many potential outcomes as possible.

I think risk plays a huge role in the lives of every creative, no matter what path they take. I’ve moved to two towns where I didn’t know anyone to pursue creative degrees. I took a job as an Executive Director of a 23-year old nonprofit right out of graduate school when I was 24, and I’ve actively managed both an arts administration and a performing career simultaneously for over six years. I co-founded, managed, and played in an Irish band for three and a half years with great success, recording on a studio album and earning three awards in the process. Then, during the pandemic, I decided to make a shift in my performing career’s focus to help classical musicians learn how to play traditional Irish folk music. I’ve spent almost my entire life learning about both styles and spent a lot of time fusing the concepts of traditional Irish folk music with the pedagogical techniques used in classical training. This isn’t something that’s really been done before, at least from what I’ve seen, so I’m hoping to create a new niche for myself with these ideas. So far, the reception has been positive. I’ve presented at multiple conferences, had guest artist appearances, and have some ongoing conversations that are quite exciting.

Being open to big ideas and unexpected opportunities are what has led me to some of the best moments in my life, and none of that would have been possible if I hadn’t been open to taking risks. 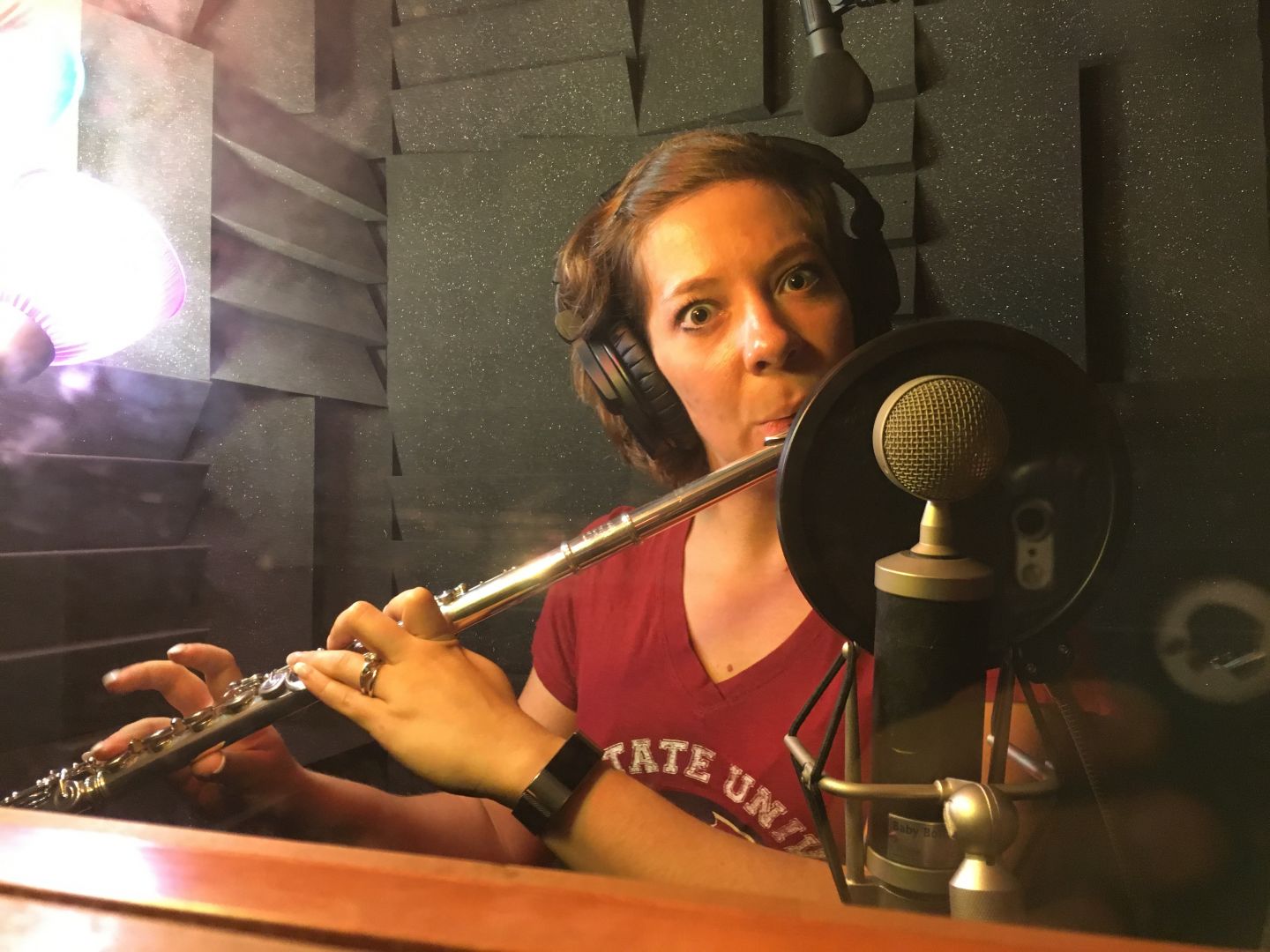 Can you open up a bit about your work and career? We’re big fans and we’d love for our community to learn more about your work.
I started playing the flute when I was eight, and from that point on, everything in my life has revolved around the flute and music. I earned my bachelors in music performance and business management from Columbus State University and my masters in arts administration from Florida State University. I’ve played for dozens of internationally-known flutists and played in all kinds of conferences and music festivals. I’m particularly proud of my performance of Greg Patillo’s Three Beats for Beatbox Flute at the 2013 CutBait Music Festival from that time period. Upon graduation, I started a the Executive Director of the Youth Orchestra of Greater Columbus in May 2015. In my almost 6.5 years, we have grown the organization by just about every metric you can find: operational reserves, budget size, size of its endowment, number of programs, scope of programs, students reached annually, etc. I am particularly proud of how well YOGC reacted to the pandemic. After stopping everything in-person in March 2020, YOGC hosted the first performing arts event in our community after the lockdowns. How cool is it that the youth orchestra led the way there? We also resumed in-person symphony orchestra rehearsals on October 5, 2020 and were able to have two semesters of rehearsals and two outdoor concerts safely. We had zero COVID-19 outbreaks, and we were a lifeline for many of our students. One of them told us, “When everything else in my life feels crazy, YOGC is the one that that’s felt normal.” I have never been more convinced of YOGC’s importance than when I remember that sentiment.

Starting in February 2016, I also co-founded, managed, and played in an Irish band during the first 3.5 years of its existence. I’m proud of the first studio album we released during that time. I’d never recorded in a studio like that, and it was an awesome experience. When we had the album release concert, I hustled to get the word out everywhere I could, and we ended up having at least 500 people show up to a 400-seat concert hall. It was a nerve-wracking but energetic experience in the best way.

I think what sets me apart from others is that I don’t wait for permission to try something new or to be invited to the table. I’m not afraid to put myself out there, and I am perfectly comfortable bringing my own chair to the table. I don’t know of anyone who would say their career has been easy, and I’ve certainly had at least my fair share of challenges. I’ve always tried to stand up for what I think is right even if it isn’t popular, which hasn’t always gone over well with everyone. I’ve been fortunate to have had a community of supporters behind me who see what I’m trying to do and helped get me there, and, after spending 6.5 years serving the Columbus community, my results, achievements, and reputation speak for themselves.

I guess I’d like people to know that my entire life ultimately revolves around service. I purposefully chose music and the nonprofit worlds to help people. If there’s a way for me to connect a friend or colleague with an opportunity, I do it. If there’s a way for me to help employ creatives at decent wages, I do it. I can help other musicians learn a new style of music in a way that’s accessible to them, and I am so excited to continue to grow that part of my career. 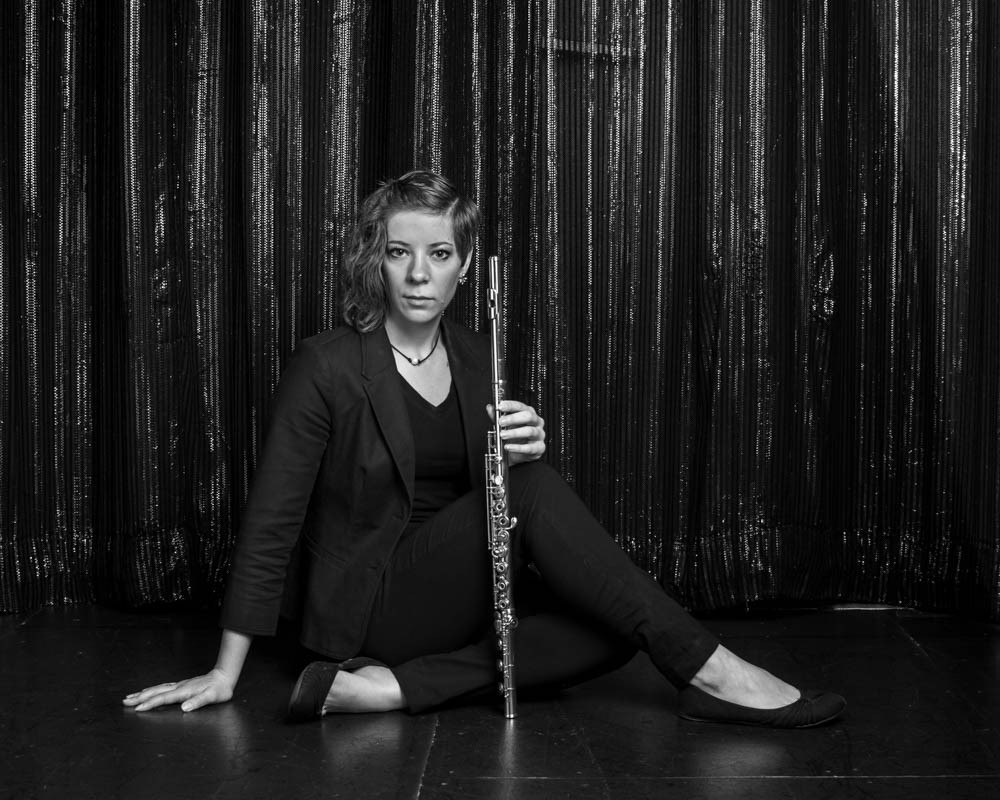 Shoutout is all about shouting out others who you feel deserve additional recognition and exposure. Who would you like to shoutout?
My parents and my twin sister were my first big supporters and helped me get where I am today more so than anyone else. Norma Anderson was my first flute teacher, and she took me in when I was a wide-eyed eight year old that wanted to know everything about the flute. I took lessons from her for almost 9 years until I moved away for college, and I couldn’t have had a better introduction to music and the flute. Dr. Andree Martin, my flute professor at Columbus State University, helped mold me into the musician I am today. She’s a brilliant teacher and the absolute best person you will ever meet. My colleague and friend Jim Palmer, the Music Director and Conductor for YOGC, has been a huge mentor, supporter, and friend as I jumped into the nonprofit deep-end, taking on the leadership and stewardship of an entire organization right out of school. I’ve also had some incredible board presidents, Karen Lewis, Kathleen Mullins, and Amy Walters. They’re community members who, along with the rest of the board, volunteered hundreds of hours of their time, wisdom, and effort to help YOGC grow and succeed. They’ve been absolutely incredible supporters of YOGC’s work and invested a lot in my personal and professional growth when they didn’t have to. Lastly, my fiance Greg Hill thinks the world of me and never lets me settle for anything but my best. He almost has more confidence in me than I have in myself sometimes, and it’s been life-changing to have someone like that in my corner as such a close part of my life.