We had the good fortune of connecting with Latasha Choe Johnson and we’ve shared our conversation below.

Hi Latasha Choe, what role has risk played in your life or career?
I have always been very firm that any non-film related job is in service to my passion which is filmmaking. I would tell myself over and over that I’m only working this job until my film career takes off. Well over the course of 10 years, my career never really took off but I became very successful in my corporate job in marketing. It was an amazing job and experience. It took me to Paris and had me dining in hundred year chateaus in Champagne, France. But at 31, I still was unfulfilled and felt that I was taking a space in a corporate position that I didn’t really want. I knew that I wanted to be a filmmaker and to get to the level that I need to be I had to immerse myself completely in my craft. I said goodbye to the salary and the beautiful life in Miami to live in my parents house in South Carolina. It was a huge risk financially. I took all the money I had saved and took screenwriting courses and brought new camera equipment and started my own film business. The payoff has been well worth it. I currently have several films in development with major production companies and studios. But the best part is I’m so much more confident in my artistry. I am a more confident and efficient writer and that feels better than any salary. 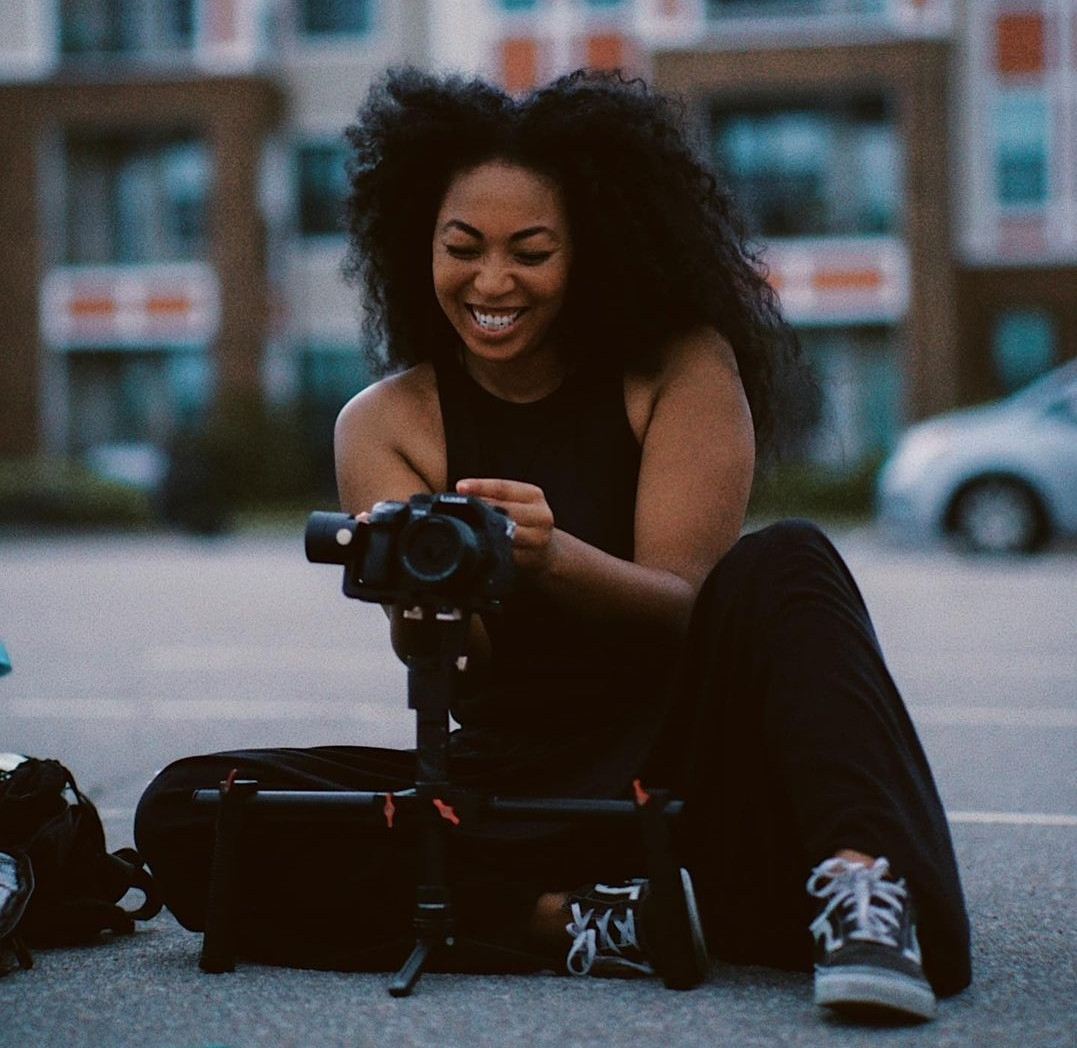 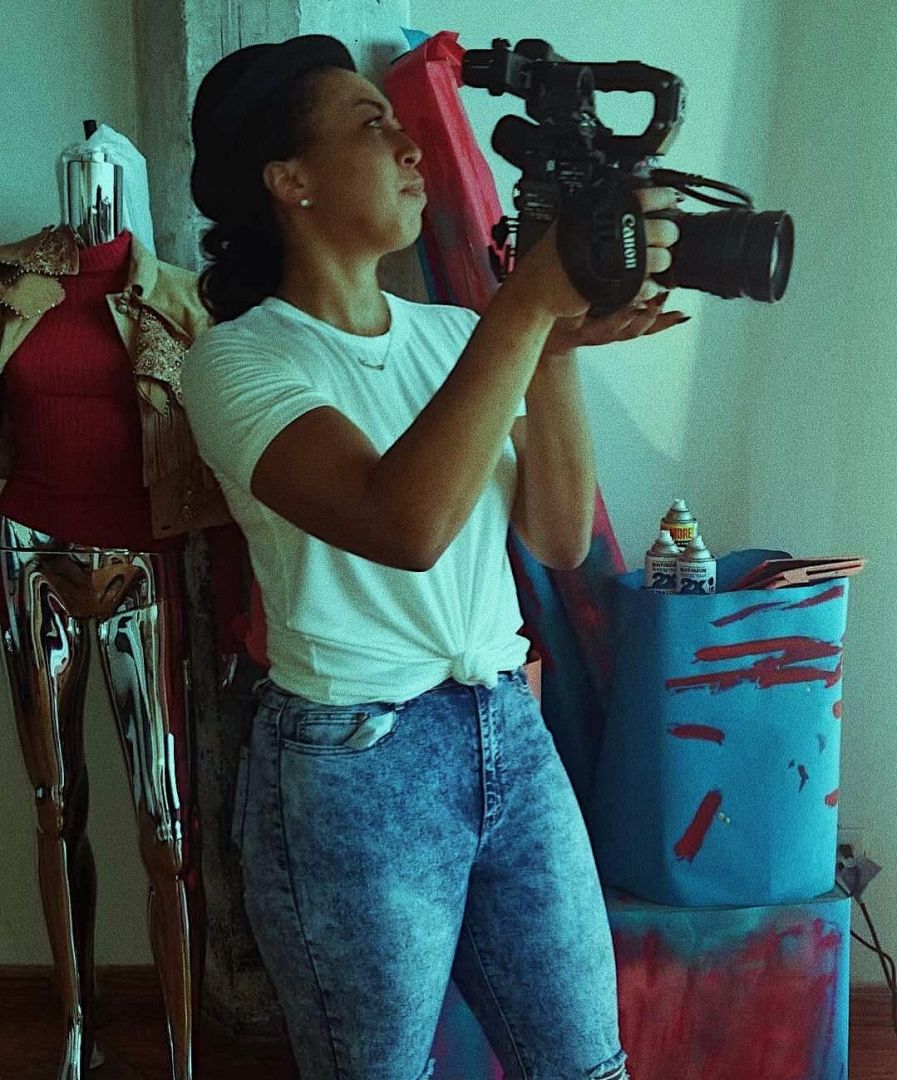 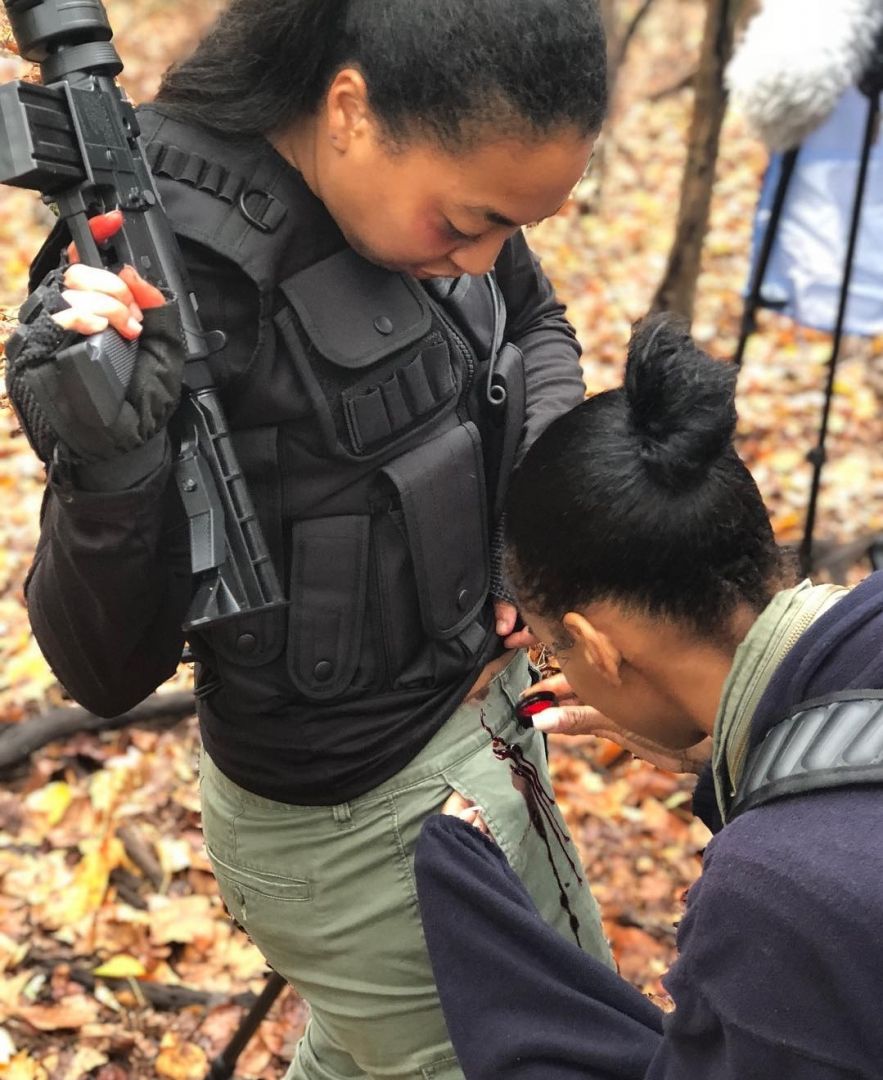 Let’s talk shop? Tell us more about your career, what can you share with our community?
I am a storyteller. That is such a vague title, but it really is the perfect word to fit what I do. I simply tell stories.. what changes is the medium. When I’m crafting a story in script form, I have to find a way to succinctly describe a world through action, environment and dialogue. I have to translate a visual medium to words. When I’m filming a story as a director I have to find a way to translate this story of words into visuals whether that be through color, character and wardrobe. I’ve been told that my dialogue is unique and authentic. I internalize and study every person I speak to. They become characters on standby in my head and when I start typing they pour out me. I also have a gift where I can push out a 100 page feature film script in a day. I’m a very fast typer and once I latch onto a story concept and get on the keyboard my fingers run wild. That’s why it was important for me to develop my craft so that the scripts that I’m able to write quickly have proper structure and form. The first feature I ever wrote was a 100 page coming of age drama that I wrote in 24 hours. That first draft had offers from major production companies wanting to produce the story. That gave me confirmation that the things I had to say and how I said it were valid. We always say that validity shouldn’t matter, but every artist and person at some point needs that. Maybe not all the time, as that can be dangerous, but at some point like in a video game, you gotta reach a checkpoint. And those moments of validity where a script gets rated in the 90th percentile make you feel like.. ok I can do this.. .ok I am doing this. Although I have been pursuing my passion since I was 16, I feel like my career is just now officially getting started. I am on the precipice of having my first script produced with a major network and am experiencing things that I always envisioned. So much of it has happened unintentionally. People who I met and interacted with 10 years ago are coming back full circle. The seeds planted throughout my journey are starting to blossom and that feels amazing. I want to encourage people to network laterally. Don’t just look up to people who are In higher positions. If you’re on the come up, then the people around you probably are too. My favorite motto is “a rising tide raises all ships” and that’s what this phase of my career is feeling like.

Let’s say your best friend was visiting the area and you wanted to show them the best time ever. Where would you take them? Give us a little itinerary – say it was a week long trip, where would you eat, drink, visit, hang out, etc.
I love to work out so I would start the day walking Stone Mountain. I love that hike and it’s such a rewarding view. Every person I’ve ever taken there has loved it. I always say it takes no thinking.. all you have to do is walk and not stop. Just as with everything in life.. keep going and eventually you’ll reach the top.
The thing I love most about Atlanta is the nightlife culture. As a former plug, it was my job to go out all the time. So I’m always going to drop in the clubs.

If it’s a Friday we’re going to Gold Room in our little black dresses to stand on some couches. If its during the week like a Monday and we want some R&B vibes we’re going to Aura Lounge.

Sunday brunch is a must! I’m not talking a prim and proper brunch. I mean a turn up brunch at Atlantis Restaurant and Lounge where we can dance, drink champagne and eat shrimp and grits.

At some point we have to go get some pho off of Buford Highway.

If we wanted to stay in the city for our Korean fix then we’re going to The Highlands to hit up Char Korean BBQ.

I love sushi… especially happy hour sushi so we’ve got to have lunch at Ra Sushi in Midtown.

I love art and museums so we’re stopping by The High Museum to get some Instagram worthy pictures. 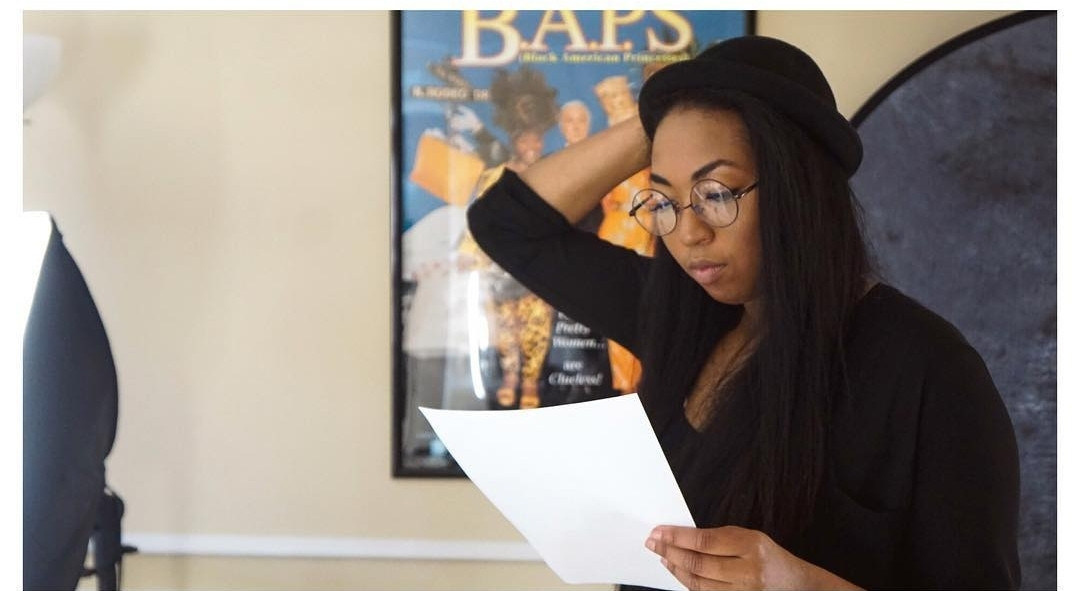 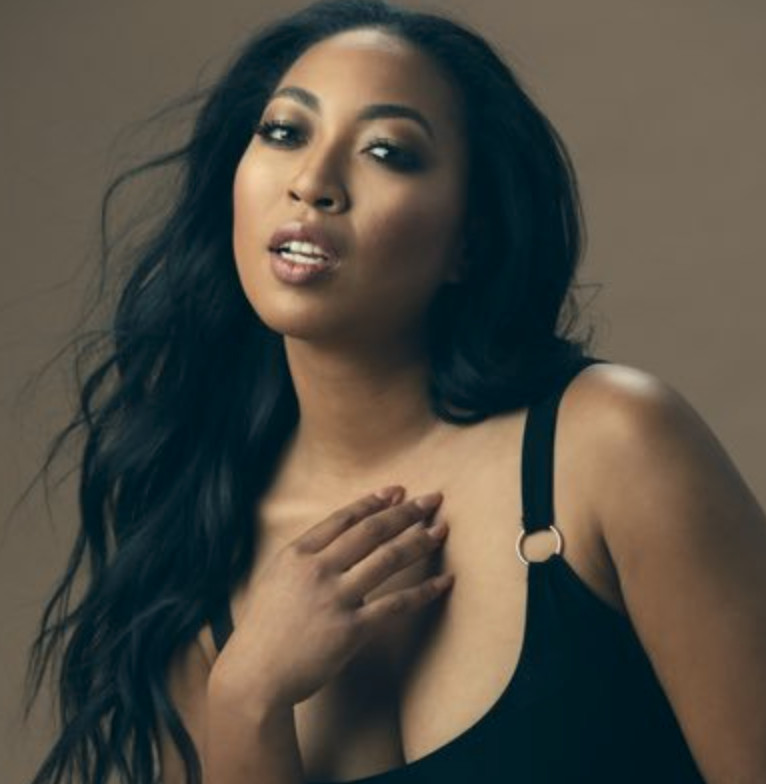 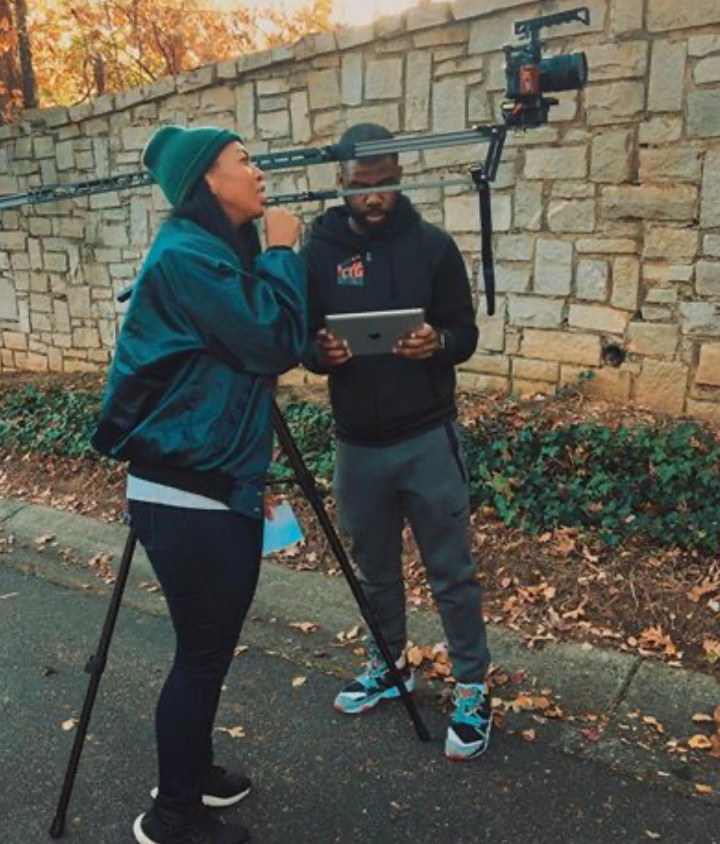 Who else deserves some credit and recognition?
Most people who pursue a creative endeavor at some point will have to get a “day job” aka a job that pays the bills. What has been incredibly helpful is having understanding managers who gave me space and grace to pursue those endeavors. They allowed me to leave a little early to make an audition or let me have an extended lunch. Those people who understand that you have goals outside of the office and appreciate you showing up and showing out while you’re here. I’ve had so many of those amazing people in my life but I really want to shout out Princess at Van Michael Salons and most recently Claribel who was my national director when I was an influencer for Moet Hennessy. Those two women have no idea how positively they impacted my growth and development.