We had the good fortune of connecting with Jess Kantorowitz and we’ve shared our conversation below.

Hi Jess, what led you to pursuing a creative path professionally?
In the book of Genesis, God bestows Jacob with the name “Israel,” which translates to “wrestle with God,” in order to communicate the lesson that identity arises out of what you struggle with. My name is “Jessica Faith Kantorowitz.” “Kantor” translates into the word “sing” and though my father can barely carry a tune, he bottle-fed me music, teaching me songs like “New York State of Mind” and “Purple Rain” as nursery rhymes. I quickly was indoctrinated with rhythm and story and began to hear them in everything. Today, as I interrogate the musicality of my own name, I realize my obsession has moved from finding story to finding fallacy in the stories we tell ourselves. Try saying “Jessica Faith Kantorowitz” five times fast. Rhythmically, it doesn’t quite roll off the tongue. But never mind the clunky syllables, the etymologies of “Faith,” “Kantor” and “Witz” are so damningly Jewish. Now, there’s nothing wrong Judaism. In fact, there are aspects I deeply connect to. However, each time I hid in the bathroom during prayers at Jewish day school, I discovered how much more comfortable I am reflecting quietly on a cold, narrow toilet seat, than in a chorus chanting words that are not my own. One of my core values is to truly understand the things I stamp my name on. Having yet to make up my mind about God, “Jessica Faith Kantorowitz” can feel like false advertising. However, like Jacob, through my struggle with God –and with an added splash of musicality, my artistic identity was born. After years of studying Torah and questioning my teachers about the contradictions of *Kashrut, I joined a rock band, began writing my own songs, and received my drama degree from NYU Tisch. Now as an artist it tickles me to think that God has made me their cosmic joke, naming me for the “faith” that is my eternal wrestling opponent.

In every artistic endeavor, I find myself returning to one idea: The veil of self-deception worn to protect us from the blinding truth of reality. The truth is complex and facing it can be painful. Therefore, it is not my goal to ridicule and rid people of their belief systems, but to reckon with the worlds we know, by examining the worlds we do not. In 2019, I flew to India to train in Kathakali, one of the world’s oldest traditions of theater. To better understand modern western theater, I wanted to acquaint myself with the traditions that came before. I continuously find ways to unveil the truth through different artistic tones and mediums. I often use comedy and wit to subconsciously interact with an audience. I believe humor, with discretion and cadence, can lower one’s guard just enough for the coldest, darkest truths to be revealed. However, I am equally drawn to warm truths, expressed through the poetic beauty of the way a writer chooses language and weaves words together. My multi-hyphenate approach to art is constantly building on itself. In writing a TV series (Grand People), about my grandparents’ escape from Nazi Germany, I am better equipped to perform as the wandering, contemplative “DAD” in a play (Berlindia) about the world vanishing before your eyes. In creating a web series (Les Maries) where an old French lady records the obituary for her own funeral, I understand the psyche of writing a song (In My Dreams) about the fear of dying before reaching the summit of potential. In writing a film (GAMEBOY) about a girl being sucked into a video game as she fails to leave her manipulative relationship, I learn how to direct a play (Happiest Show in the Whole Wide World) about “Le Coq” styled clowns who can’t stop performing offstage. I relish opportunities that let me flex different creative muscles and allow entry into worlds where I have never been. It feels akin to traveling across those foreign countries and being humbled by a life that is so much bigger than me. 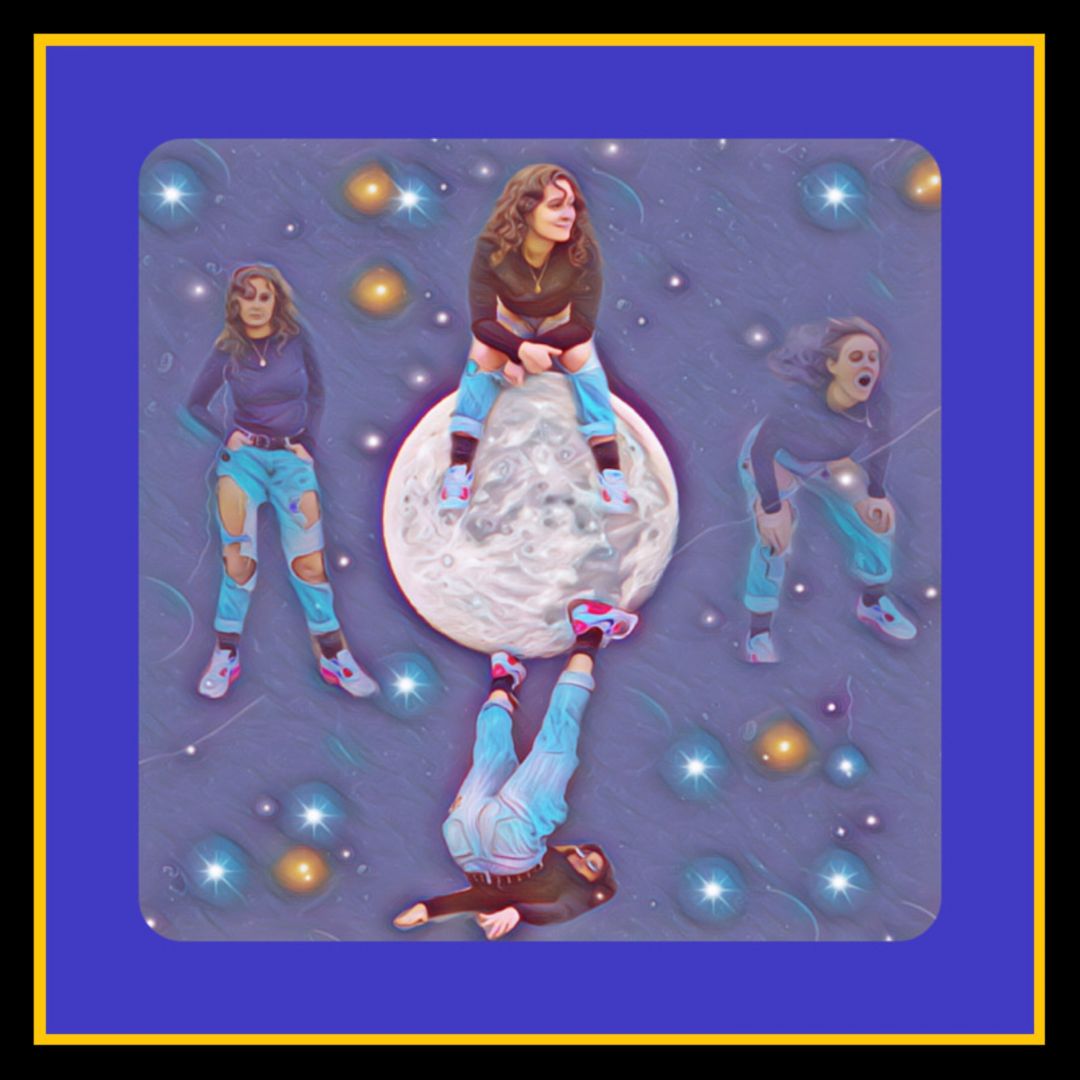 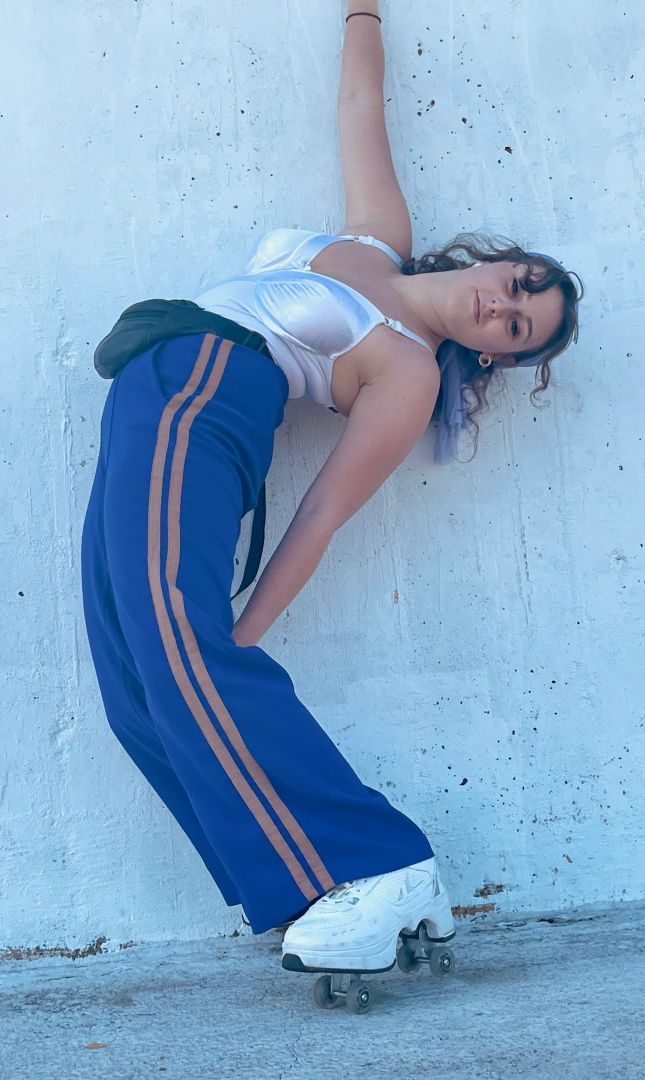 Can you open up a bit about your work and career? We’re big fans and we’d love for our community to learn more about your work.
Sometimes your art can feel like the most important thing in the world. Like there isn’t anything that exists except the thing your making. Other times, the world feels so vast and complex and you ask yourself why the hell does my art have to do with anything. I think people don’t understand how that struggle feeds into the motivation and determination of an artist. In a capitalist culture, art becomes about productivity and truthfully i don’t think ANY artists starts making art with the intention to sell it. So its tough because you ask yourself all the time if what your doing means anything. More often than not, the answer is no. Your art means absolutely nothing to anyone else. Thats when you get to define for yourself what the art even is. I feel like I am just now getting to a point where i’m learning how to work within the system without losing what is purposeful to me about art. I’m learning every day that not every decision has to be this emotional uprising and that some things just are the way they are. Again, this kind of mentality is opposite to artists. As an artist, your supposed to question everything. You’re supposed to look at things and ask why…the balance between those things can prove difficult but when you get it right, when you have a product thats sellable that also means something.

Any places to eat or things to do that you can share with our readers? If they have a friend visiting town, what are some spots they could take them to?
So i’ve lived in NYC basically my entire life and honestly this is a question thats plagued me because I’m at this point with the city that its just home and not like an attraction , which is ridiculous because its new york but…I think i’d take them to the west village and walk down to the pier. The west village just has such a great spirit and feels somehow calmer than the rest of the city. In the summer, that pier is a lifeline because it gets so hot and it feels like a refuge for everyone. I love the cobble stone streets and the way that area looks. I’d also take them to go see live music or a live performance somewhere I have so so many friends in the entertainment world that there is ALWAYS a show to see and usually thats how I spend my weekends in nyc anyway. All my friends are always rehearsing or preparing for some project/performance and theres nothing I enjoy more than getting to see them realize it. I also love central park and the natural history museum so we’d probably do that. The good thing about nyc is that its so easy to get around that you can do like 9 million things in one day. 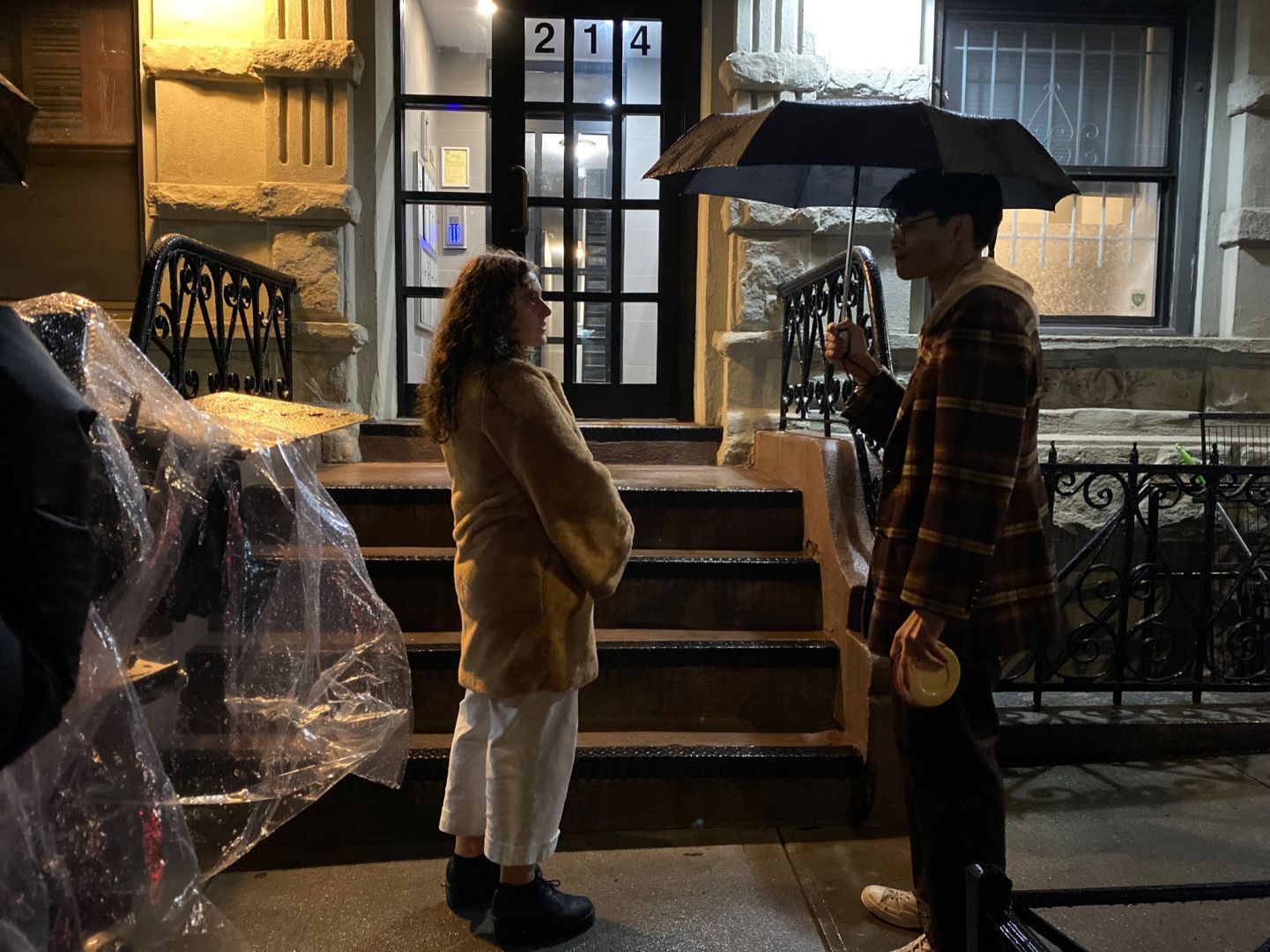 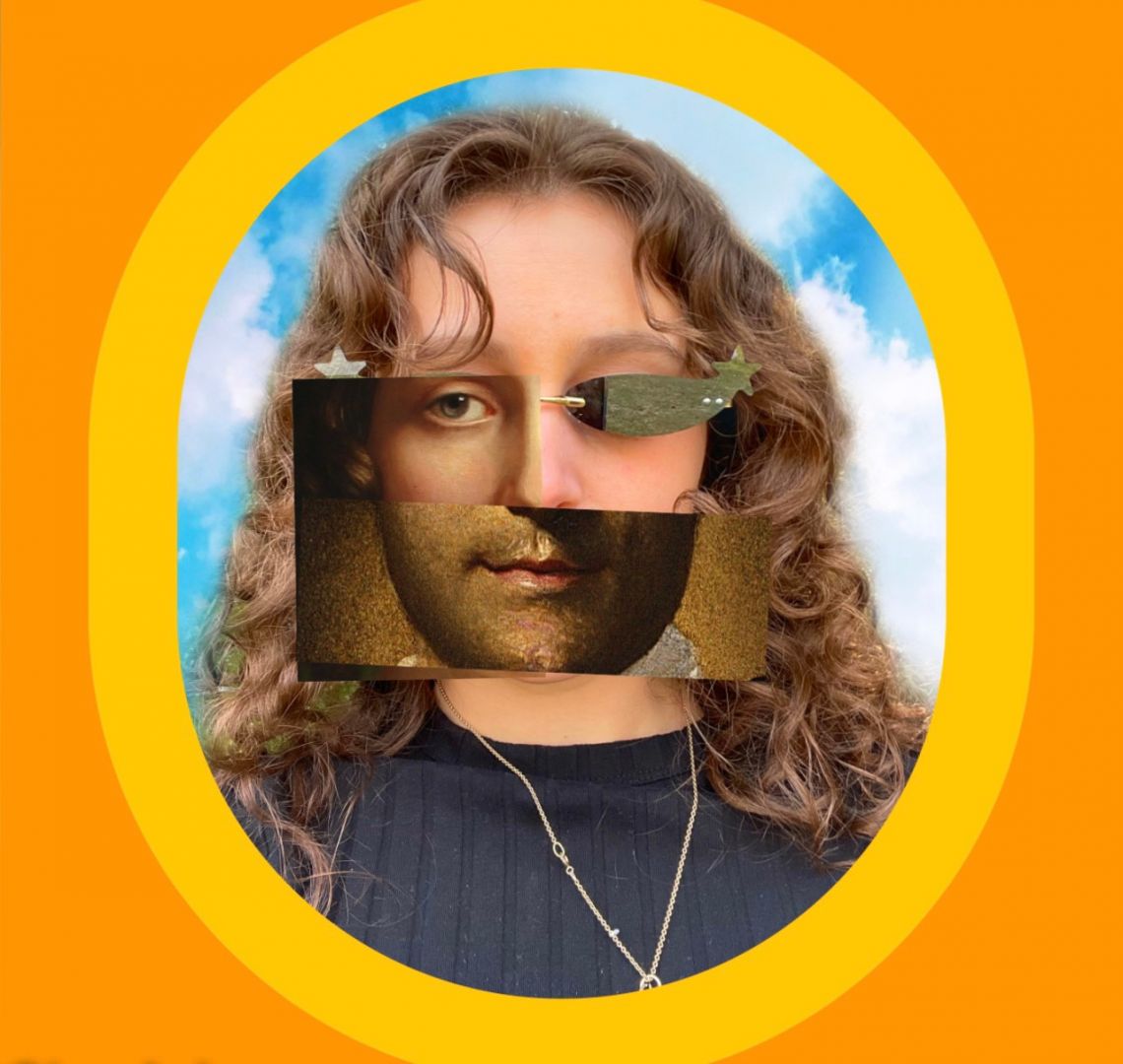 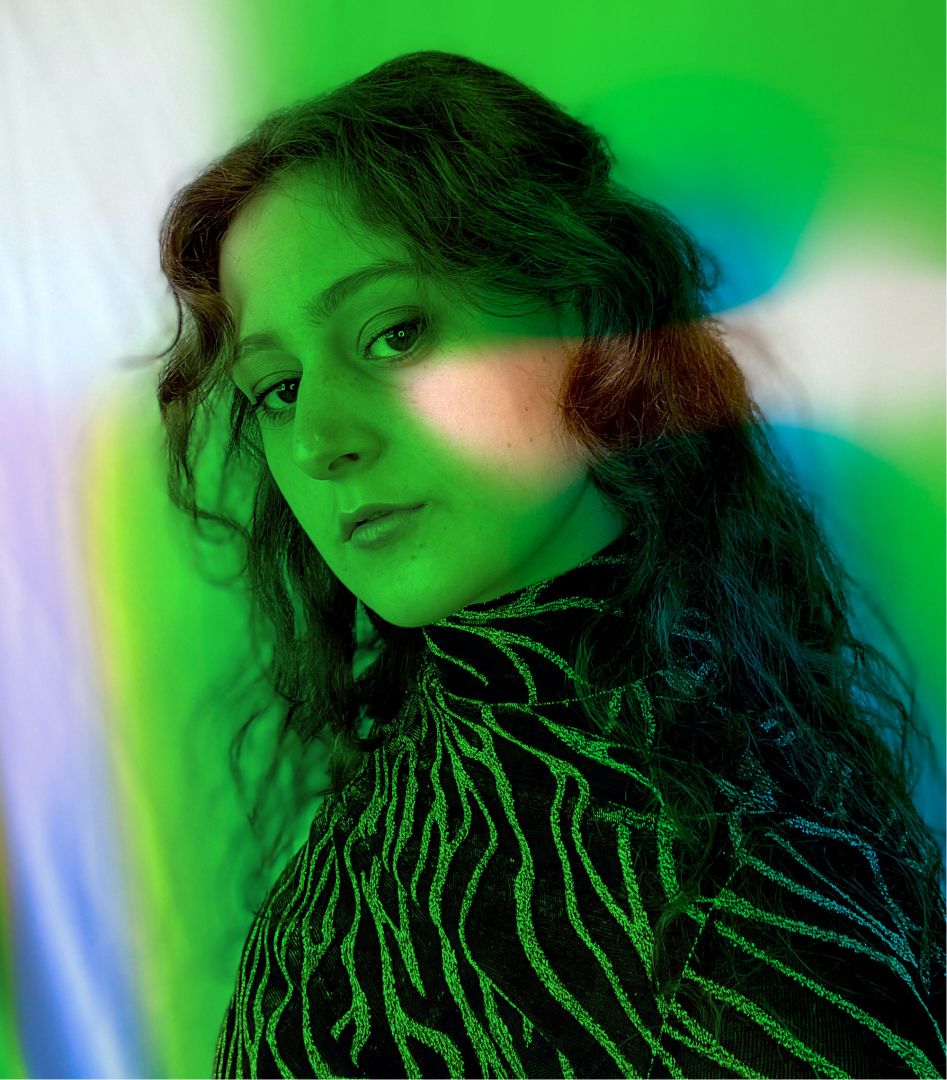 Who else deserves some credit and recognition?
Billy Joel and my parents. Mr. Billy taught me story and how to infuse it into everything I do. There is no other artist for me that can create as clear a picture with words and music. My parents are the most endlessly supportive people. Even now, when they don’t really know how to support me I can feel them there. They push me to be better and motivate me constantly. I’m so grateful to have been born into such a privilege and am very aware that a lot of artists are stunted by a lack of support.