We had the good fortune of connecting with Izak Potgieter and we’ve shared our conversation below.

Hi Izak, every day, we about how much execution matters, but we think ideas matter as well. How did you come up with the idea for your business?
As long as I can remember there have been three things that have never ceased to fascinate me: architecture, history and technology. My current work on reconstructing lost place from peoples memories, stories and collective histories using virtual reality (VR) is, in hindsight, the logical outcome of the kind of work I have been doing.

To be more specific in 2019, while studying towards my honours in architecture at the University of Johannesburg. I was invited to present my work, the 10X10 000, at the digital utopias conference in Johannesburg. The 10×10 000 is a video game I built that translated the lived experience of refugees attempting to enter Europe via Morocco. This project was my first attempt at digitizing first hand historical experiences into an accessible format while still being respectful of the sensitive subject matter.

This sparked the idea for ‘Sophiatown is Gone’ a VR experience of Sophiatown, Johannesburg which is currently under development with the University of Johannesburg’s FabLab and in collaboration with the Trevor Huddleston Centre. 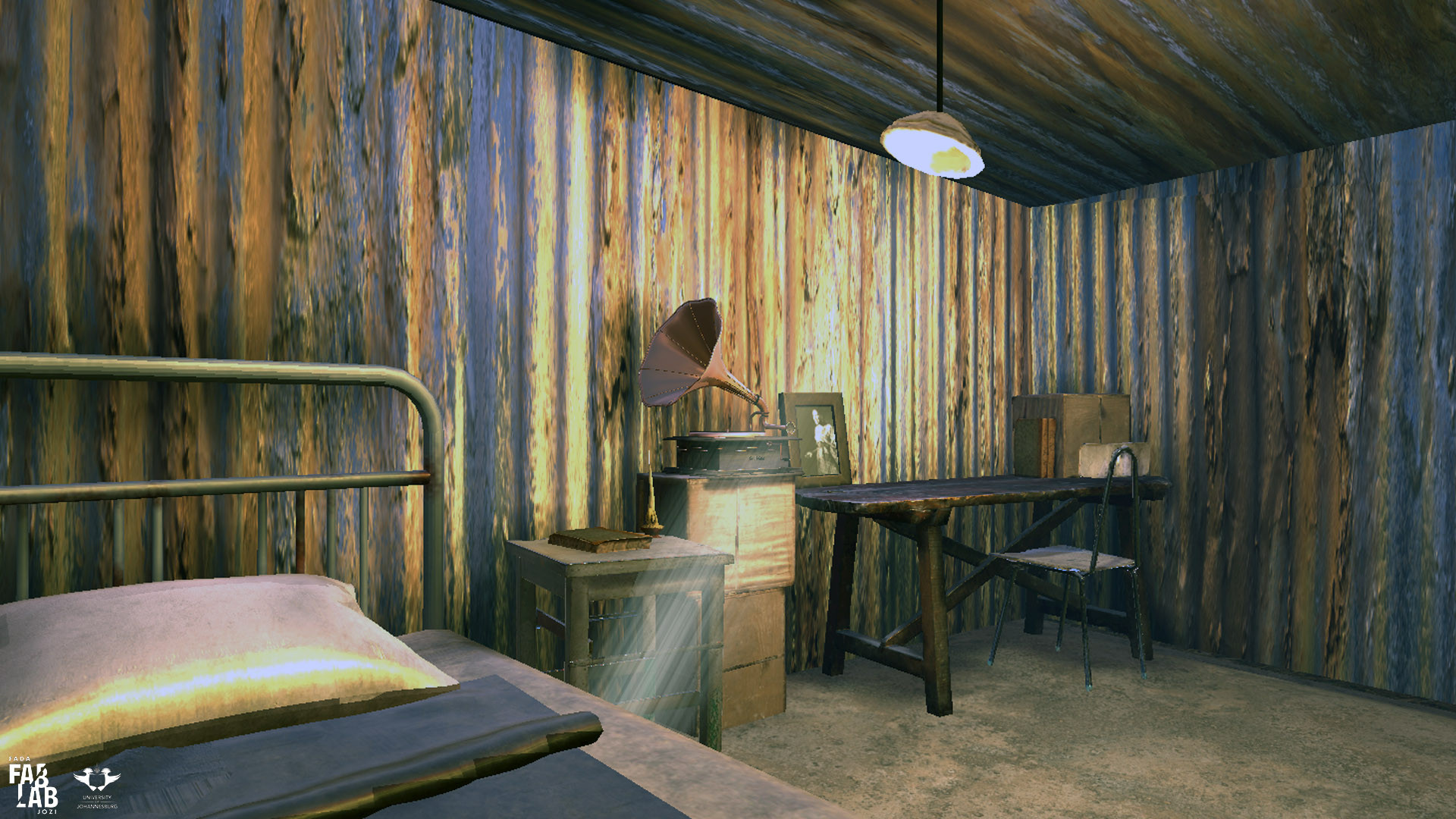 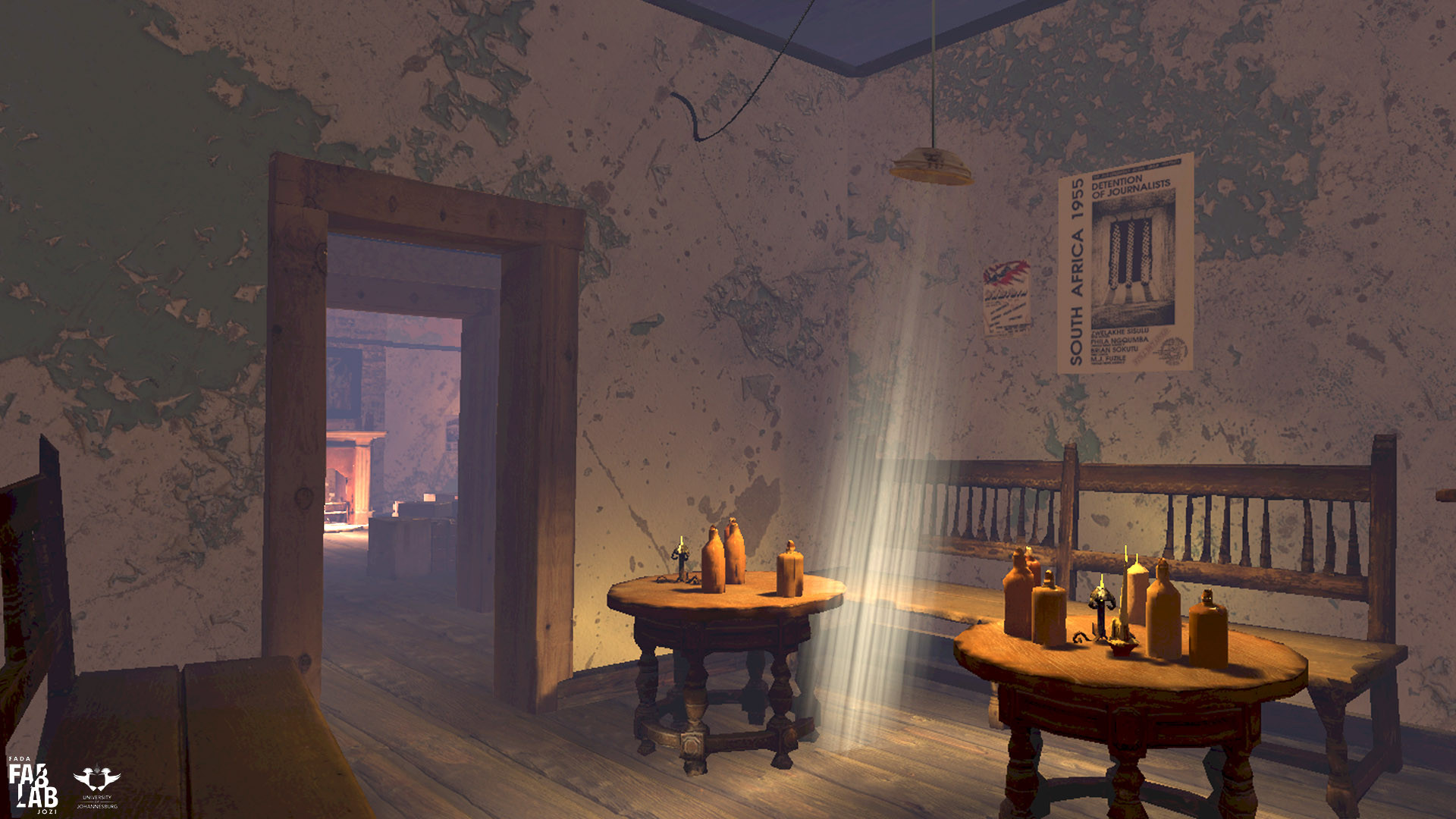 Can you open up a bit about your work and career? We’re big fans and we’d love for our community to learn more about your work.
I am interested in reconstructing lost places in virtual reality (VR), specifically looking at the neighbourhood of Sophiatown, Johannesburg. A vibrant, multicultural community called the ‘Chicago of Africa’, it was one of the last areas of black land ownership in Johannesburg. A rich and complicated culture emerged of shebeens (informal and mostly illegal pubs), mpaqanga and jazz music, beer-brewing and activism. “Sophiatown was the antithesis of what they wanted for this country,” remembered Don Mattera, a poet and former resident. Finally in 1955 it was completely demolished (barring two lone homes) and all its inhabitants forced out.

In post-colonial societies such as South Africa the erasure of memory, place and culture was a cornerstone of the colonial project as Jason Hickel has noted “The most important area of domination is the mental universe of the colonised, the control, through culture, of how people perceive themselves and their relationship to the world.” Can virtual reality be used to bring these lost places back into the public consciousness?

VR projects that attempt to reconstruct cultural heritage (with some exceptions) either scan a building or ruin as it stands now, attempt to reconstruct the lost structures as it might have been at some point in the past or virtually reproduce the stale museum spaces of yesteryear. What’s missing is the human element, something that VR is uniquely positioned to bring front and centre. My work focusses on how we can reconstruct lost place from the memories and narratives of those who experienced its history first hand.

‘Sophiatown is gone’ the title of the project, both a song by the singer and ex resident Miriam Makeba and an admission of reality. VR can’t bring back the past but it can present it to us in powerful new ways, with it we can catch a glimpse of what was and even of what could be. 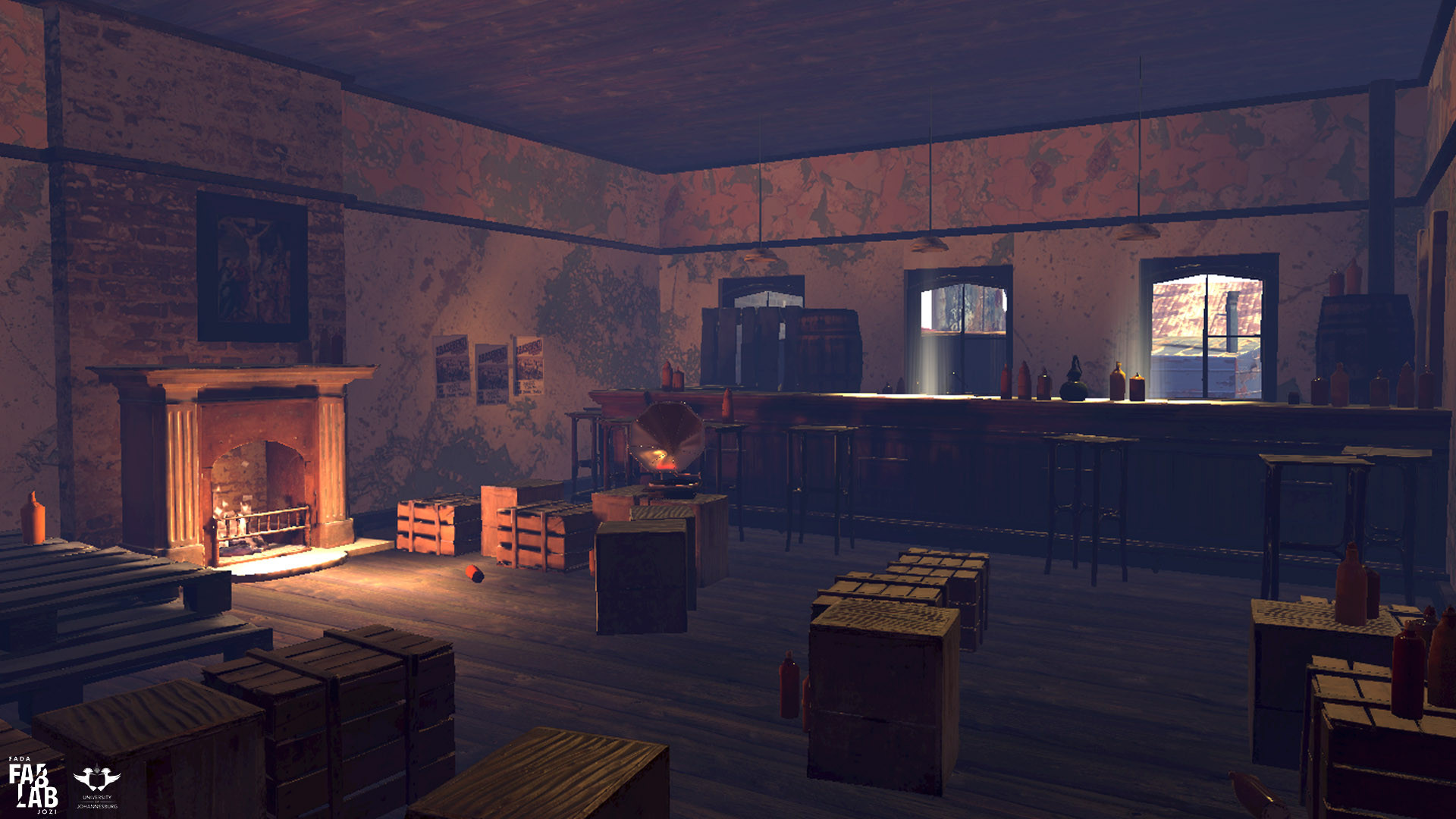 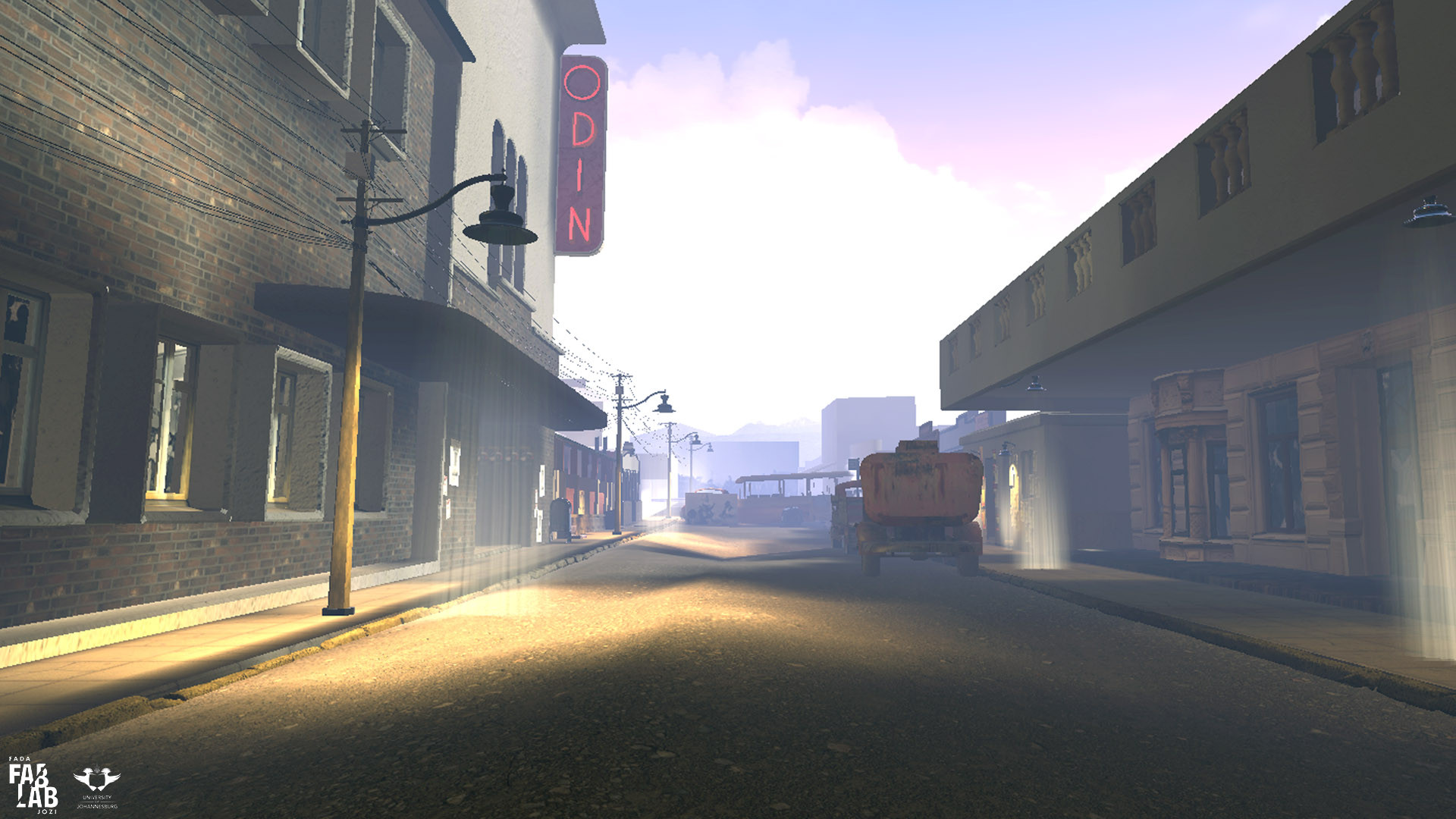 Let’s say your best friend was visiting the area and you wanted to show them the best time ever. Where would you take them? Give us a little itinerary – say it was a week long trip, where would you eat, drink, visit, hang out, etc.
The Melville Koppies at sunset on a Sunday: African church groups dancing to traditional drums that echo across the city, flocks of hadedas flying towards misty skyscrapers in the distance and rays of sun turning the stones that peek out of the veld (grassland) a kind of red I have never seen anywhere else in my life. That’s Johannesburg.

Once I saw a couple fight in their penthouse apartment, one of them started throwing the others clothes out of the window. None of his clothes ever touched the floor, trolley pushers, hustlers and opportunists were all crowding underneath to catch every garment as it fell. That’s Joburg.

You know that trope of the crazy spaceport in sci-fi? That place with every kind being, every and kind of smell and sound, everything all at one? That’s Joburg.

Joburg feels like you’re actually living in South Africa, R5 Tofu in Chinatown, spotting blue wildebeest in the valley of the klipriviersberg nature reserve, Black eagles overhead at the Walter Sisulu Gardens, rows upon rows of cyclists around the cradle of humankind, the onslaught of this crazy place audible from the rooftop bars of Maboneng and Braamfontein, The taxi’s beating the traffic at Ghandi square, african folklore preserved in mud huts at the credo mutwa museum and spaza shops, kota’s from food trucks and barbers on the streetcorner across the megamall.

Highveld stereo had a competition for a new motto for the city, the winning entry: “Jozi, this isn’t your mom’s house, you come here to hustle.” That’s Johannesburg. 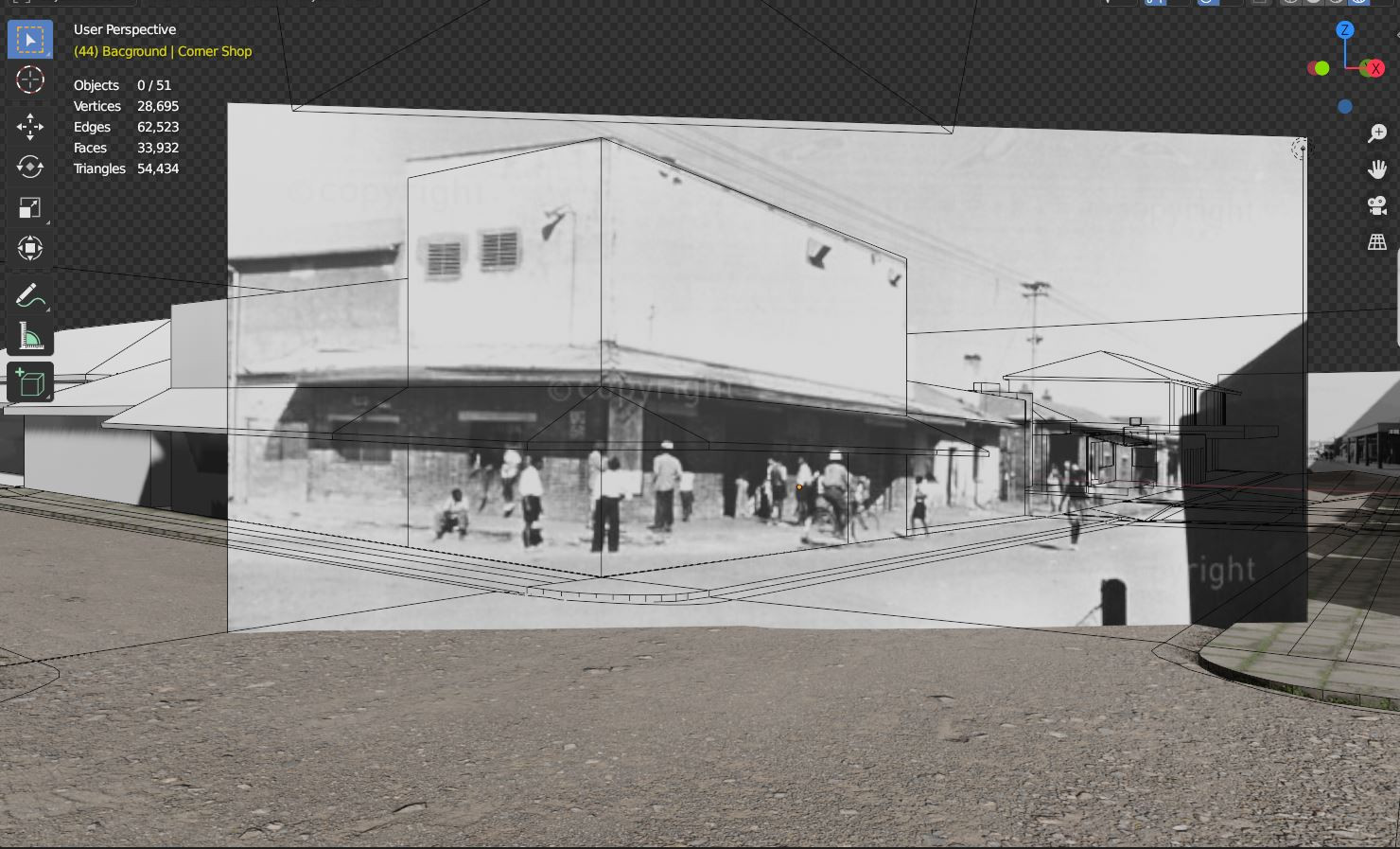 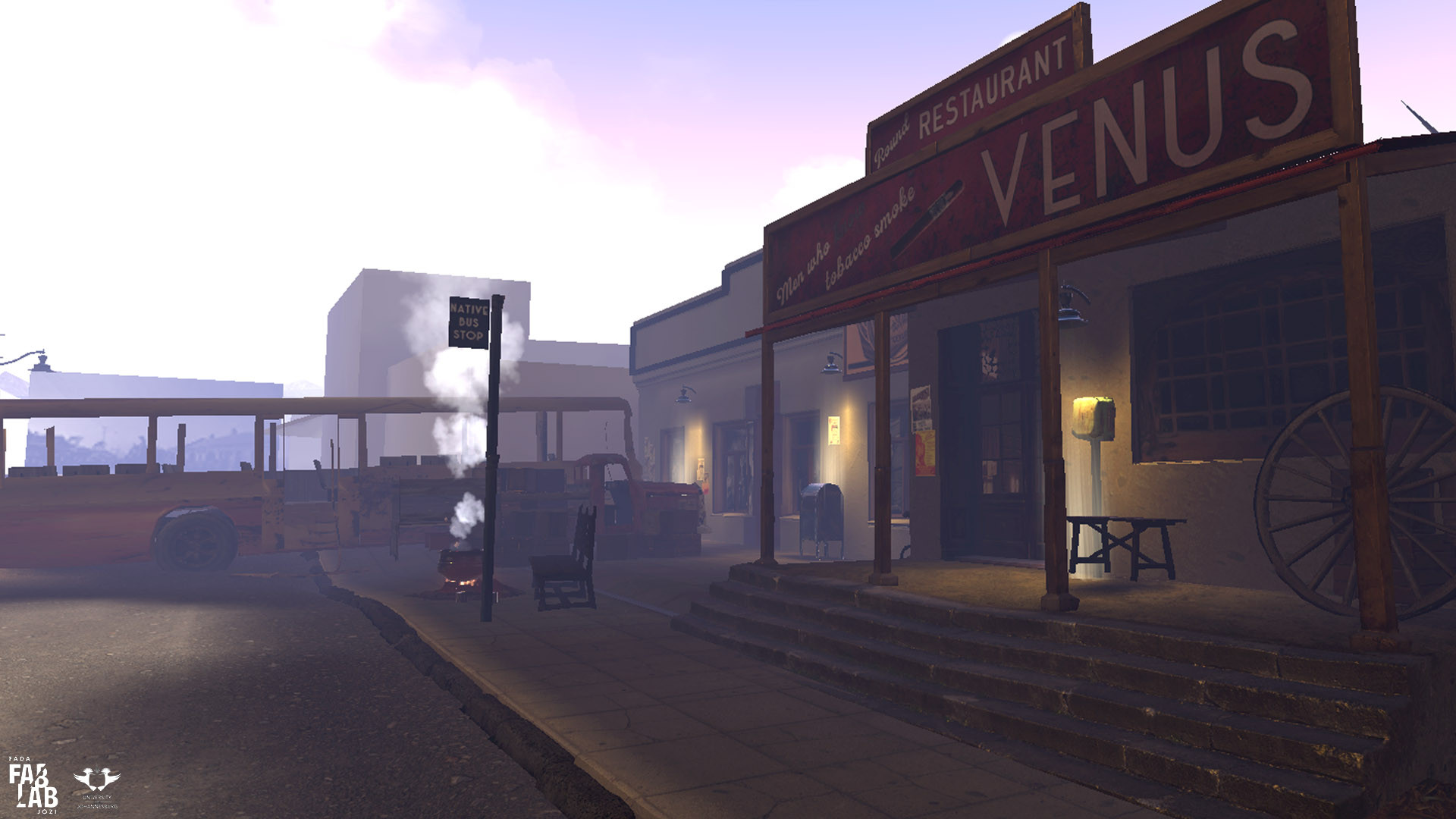 Shoutout is all about shouting out others who you feel deserve additional recognition and exposure. Who would you like to shoutout?
Denver M Hendricks as director of the University of Johannesburg’s FabLab who has been managing this project, lobbying for funding and who, besides for hours of feedback, gave me the autonomy and vote of confidence I needed to run with this idea.

Mxolisi Ntshona for his invaluable contribution as a researcher on the first phase of this project.

Bra Tshepo and all the others at the Trevor Huddleston Centre for showing me what Sophiatown means to them and for working to find a home for this project.

Pieter Herman Myburgh and Anthony Aambala for helping me turn this project into a PhD and for their continued assistance as supervisors on the research.

My mother Lorette Dye for making me the person I am today and for teaching me to grab life by the horns.

My partner Neil Badenhorst for getting excited with me on every step of the way.

Sarah de Villiers and Huda Tayob for supervising me in my masters year of architecture and for giving me direction as I continued to explore the topics that interest me.

Finally I would be remiss not to thank Summaya Vally and Lesley Lokko. Summaya for pushing me far beyond what I imagined I was capable of doing during my honours year in 2019. Lesley Lokko who during a single discussion in 2019 identified what my real interests in architecture were and who nudged me in that direction. 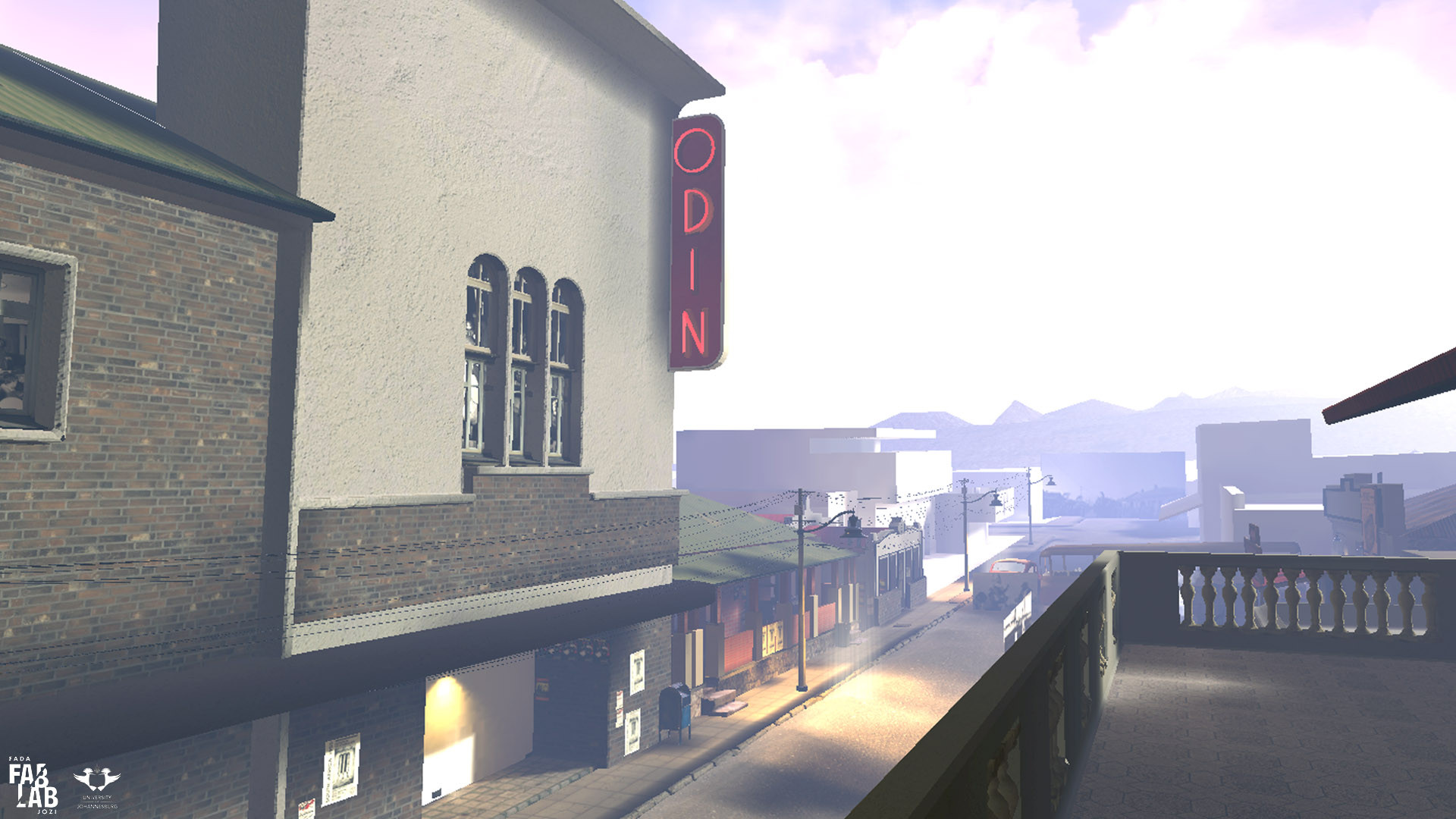 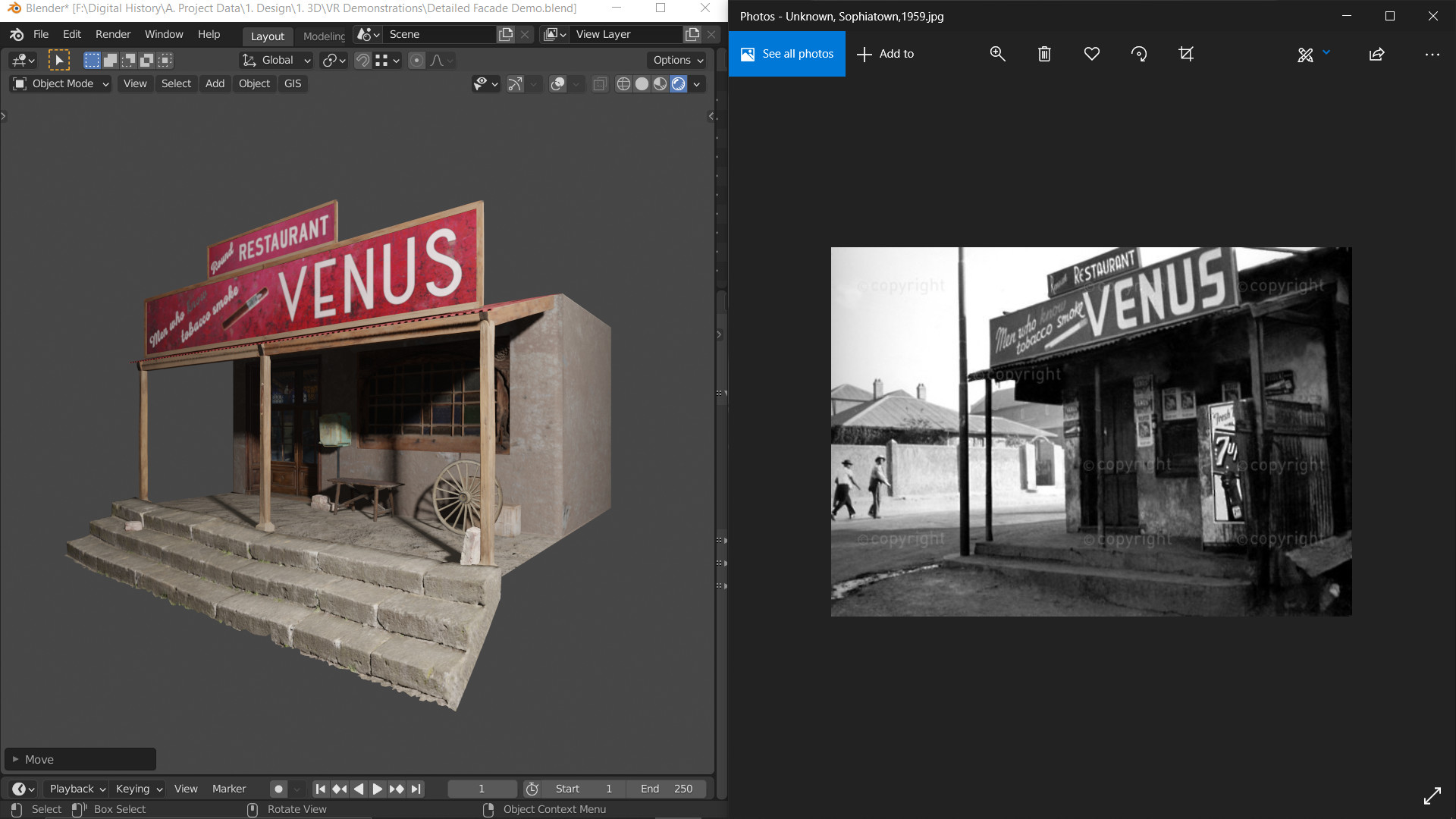 Meet Kimberly Fontenette | A singing cook that just wants to add some flavor to your life.