We had the good fortune of connecting with Hush Money and we’ve shared our conversation below.

Hi Hush, do you have a budget? how do you think about personal finances?
We kind of just do what we have to do when we have to do it. It would be great to have a account set aside for only band finances, but at this point we are 100% self funded out of our own pockets. It makes it difficult sometimes, but it gives us the creative freedom to be able to do multiple styles of music and allows us to reach multiple audiences. We are so beyond blessed to have spouses that support our ambitions. So when it comes to making purchases for the band there is rarely any kind of push back from them. We could not be more thankful for the support that they continue to give us day in, day out. 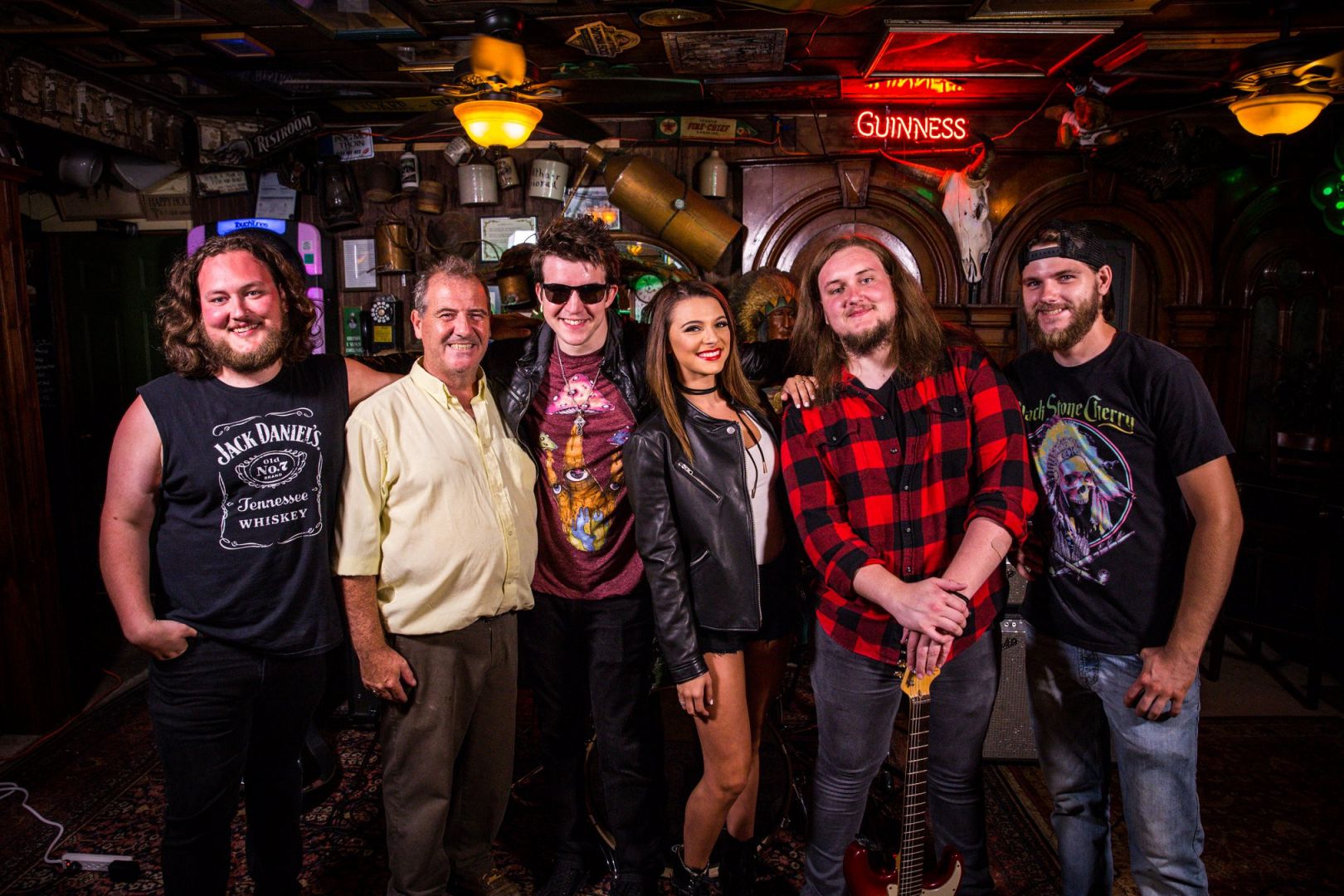 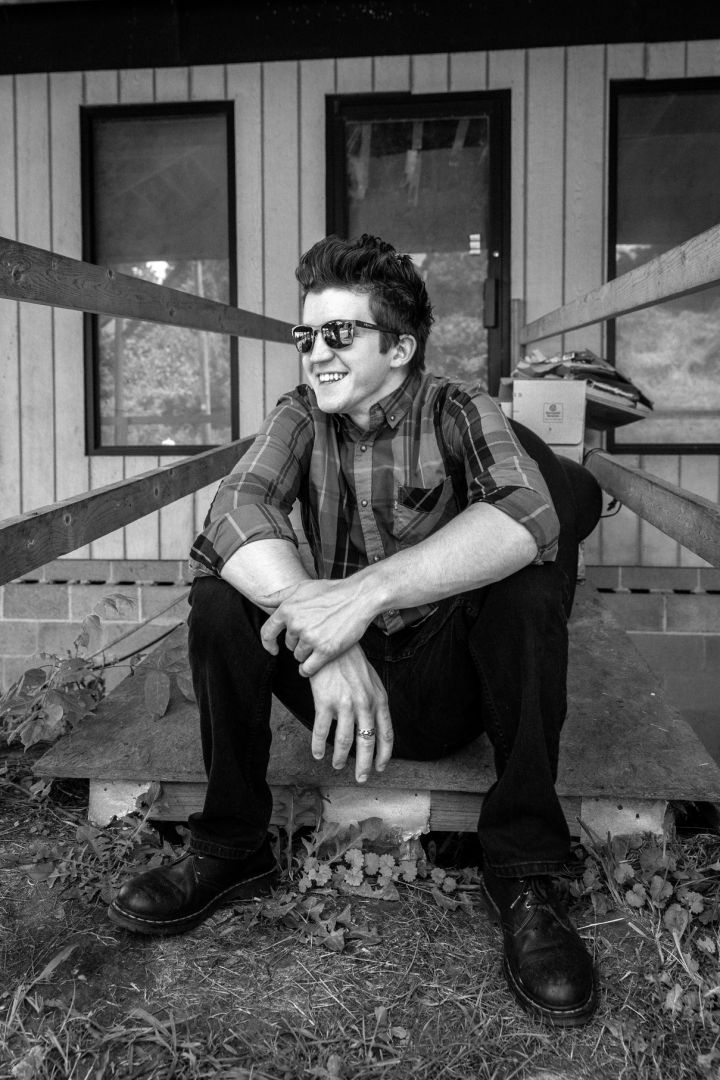 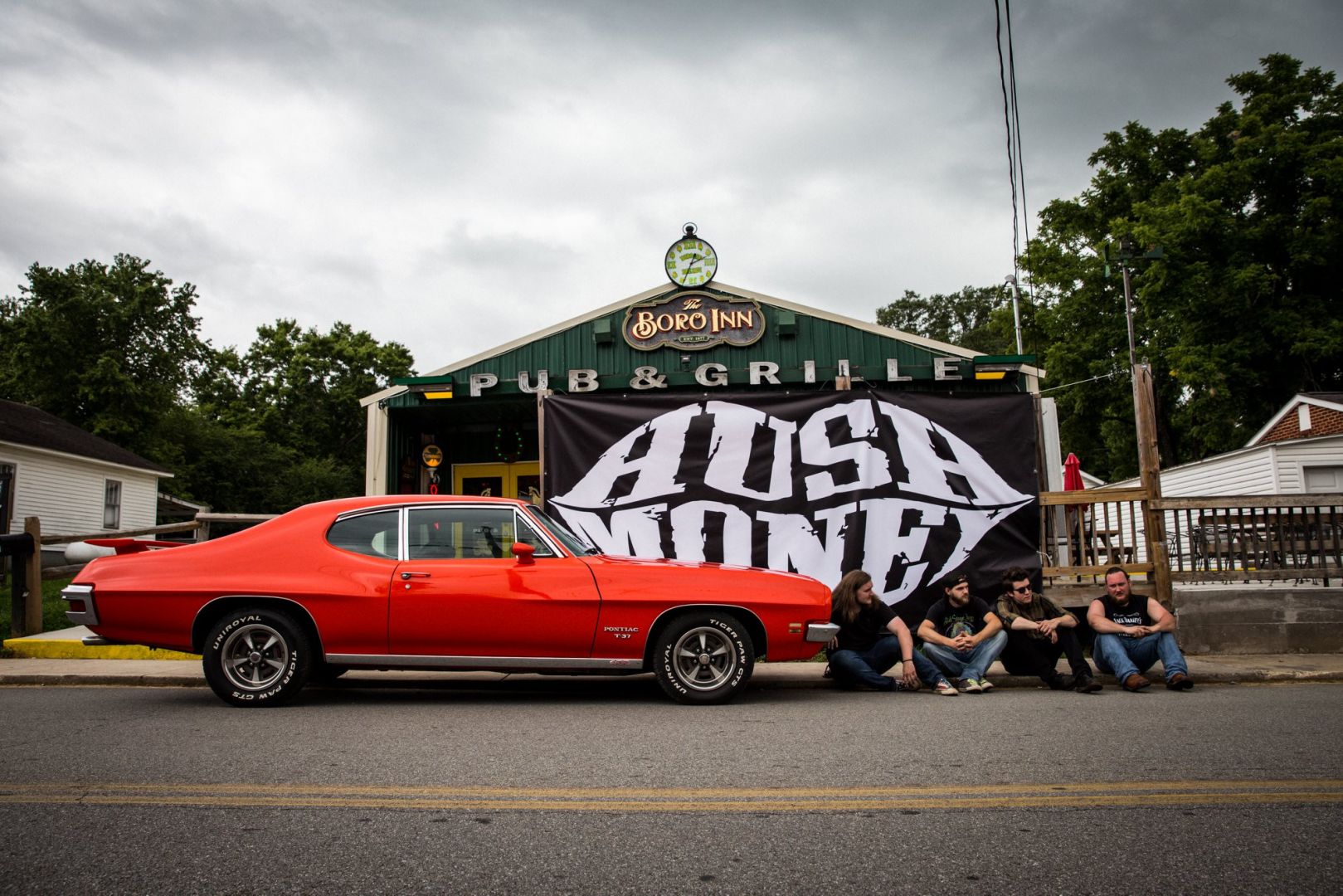 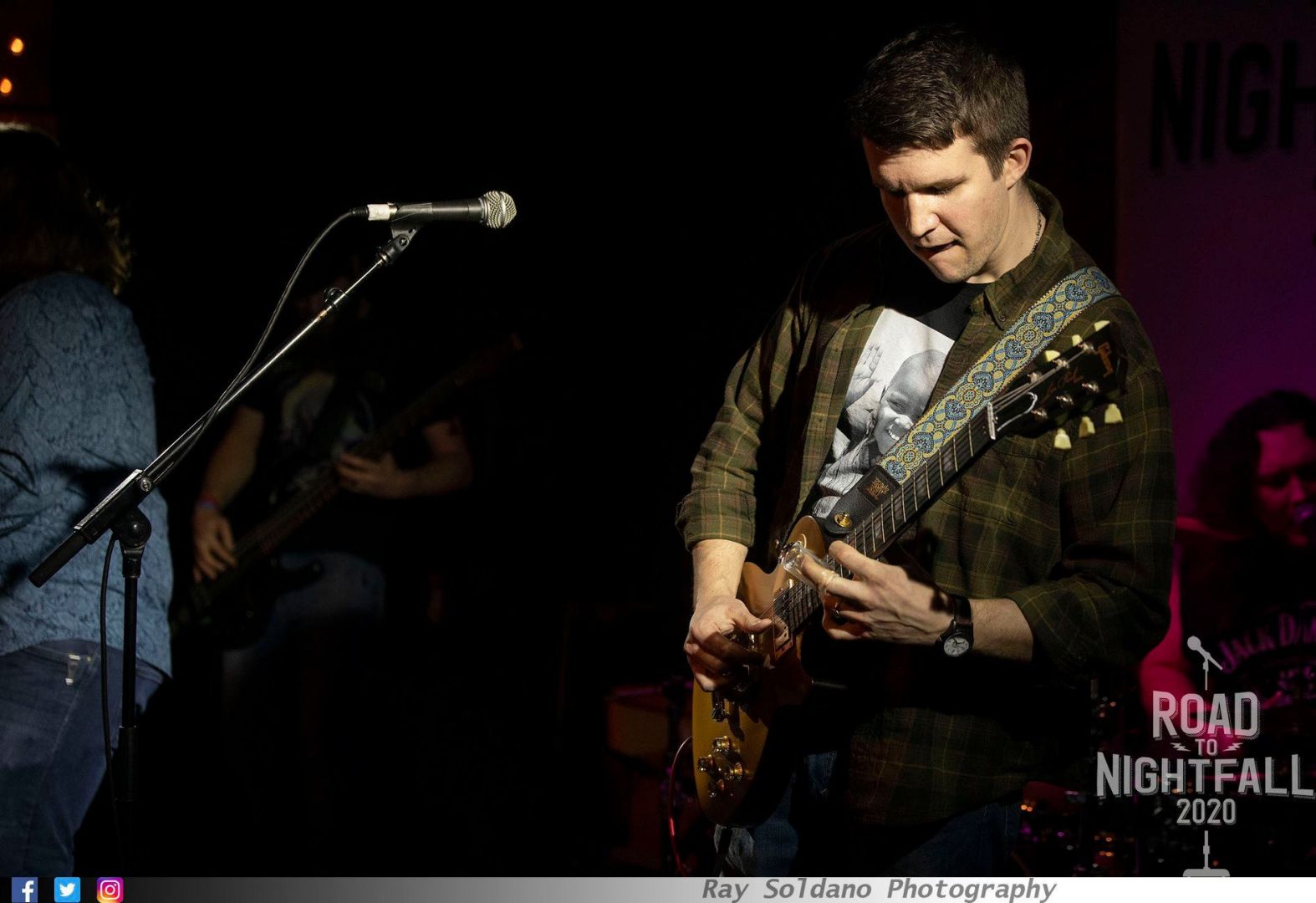 Alright, so let’s move onto what keeps you busy professionally?
What a great question! We think the things that set us apart are we all come from particularly different backgrounds, We bring a plethora of different influences in to our writing, and the fact that we have been a group for roughly the last 10+ years, We haven’t really been able to pin point a genera for our music at this point, so it is strange to try and describe it. We have said, “It’s just rock and roll” to being called “A dirty Lynyrd Skynyrd” all of which could be considered correct, I suppose. It wasn’t really easy developing that sound either, because we all had different directions we wanted the “main” sound to go. So initially it was a struggle, but being persistent and willing to give and take allowed us to finally find our voice. That is just on the writing side of things, the finances are a whole other monster on its own. Coming out of pocket to record, buy merch, produce albums, and traveling hasn’t always been easy but for the most part everyone has carried his weight on the journey. We are just very fortunate to have the head strong individuals that we have. We have learned several hard lessons along the way. A lot of it is people love to blow smoke up your ass and feed you lines of bullshit. So until you see hard evidence of what they have to offer, take it with a grain of salt. We have learned that without thousands of dollars to buy into the industry there is no easy road. It is long, rocky, hard, and full of forks with no directional signs. We have learned that groups that are less talented and have the right people in their corner can make a faster trek than groups with more talent and abilities but have less money and connections. It really is all in who you know. but isn’t that just life in general anymore? We have learned that support from home is the most important you can have and that setting a good example for the ones that come after you is just as important as the ones that came before you. But most importantly we have learned that creating music isn’t about being recognized, it is about expressing your art and your truth and praying that hopefully it will help someone. To do just a little good in this world gone mad is the greatest reward you can obtain. The things we really want to convey are that it is OK to not fit a mold when creating music. It is OK not to play at 120 BPM, Timing changes are OK. It is OK to go against the industry standard. Music is art. Music isn’t supposed to be massed produced for a mass profit. It is supposed to allow you to connect to your audience about the struggles, successes, and mundane times in life. This is why music today has epidemically gone the way of the buffalo. You have the same writers, producers, and artist writing and singing about the same mind numbing topics that are unrelated to most people. In our opinion the musicians that are in your underground scenes all across the globe are the one ones that are connecting with people and are helping individuals feel not alone in their fight that we all call life. We couldn’t imagine what music would be without those rebellious ones who refuse to conform to a mold. We love them for it.

If you had a friend visiting you, what are some of the local spots you’d want to take them around to?
Wow there are so many to name. We love playing at 529 in East ATL, We love playing at the Masquerade, and one of our favorite places to see shows is the Tabernacle. You can’t beat a intimate setting with one of your favorite bands. It really is one of the best feelings. As far as eating, you really can’t go wrong. There are so many different variations of food. The blending of culture in ATL has made a foodies dream a reality. We love some of the old school BBQ places and of course some of the best burgers in the south come from there. It would really just be throwing darts and enjoying wherever we go. 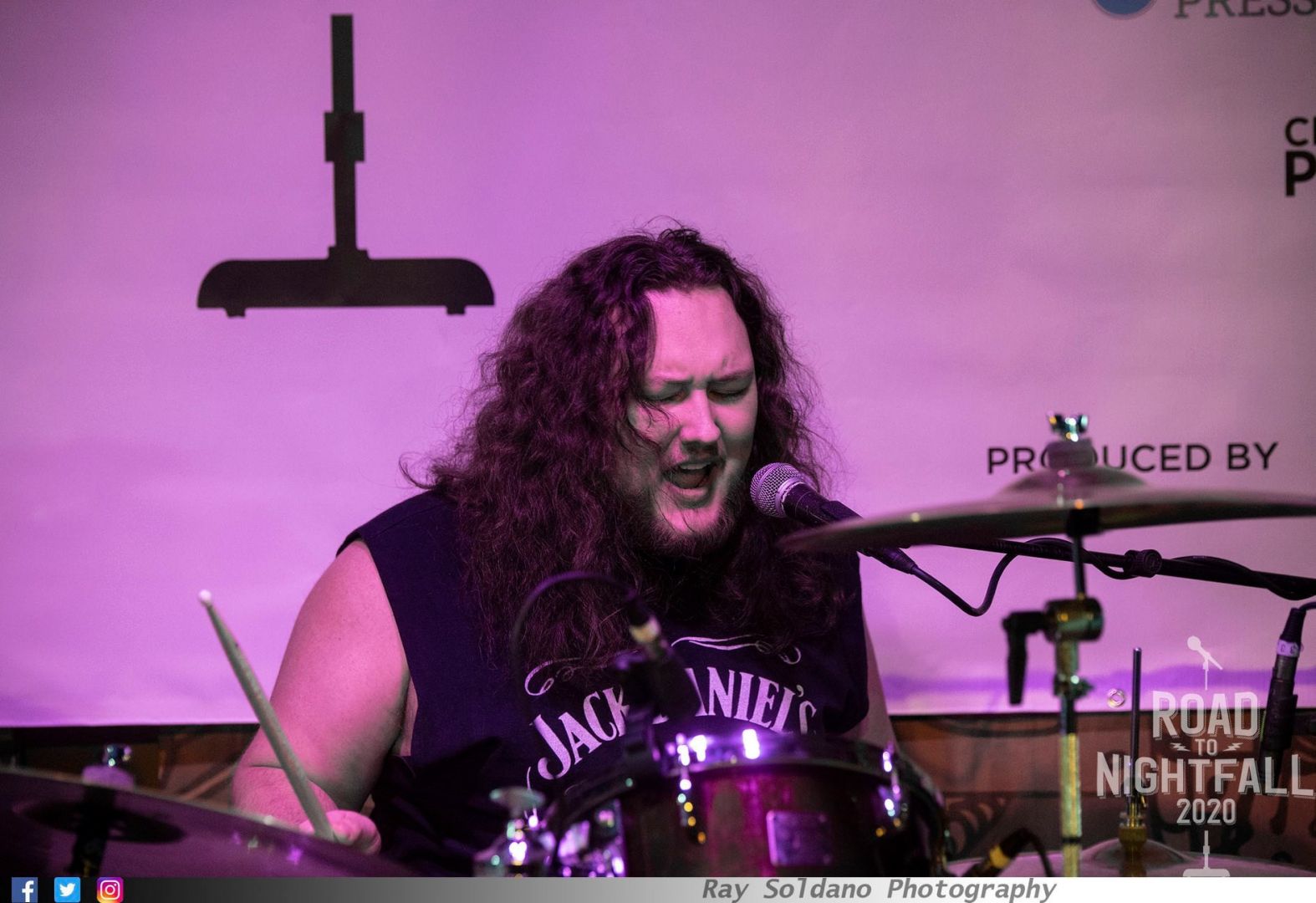 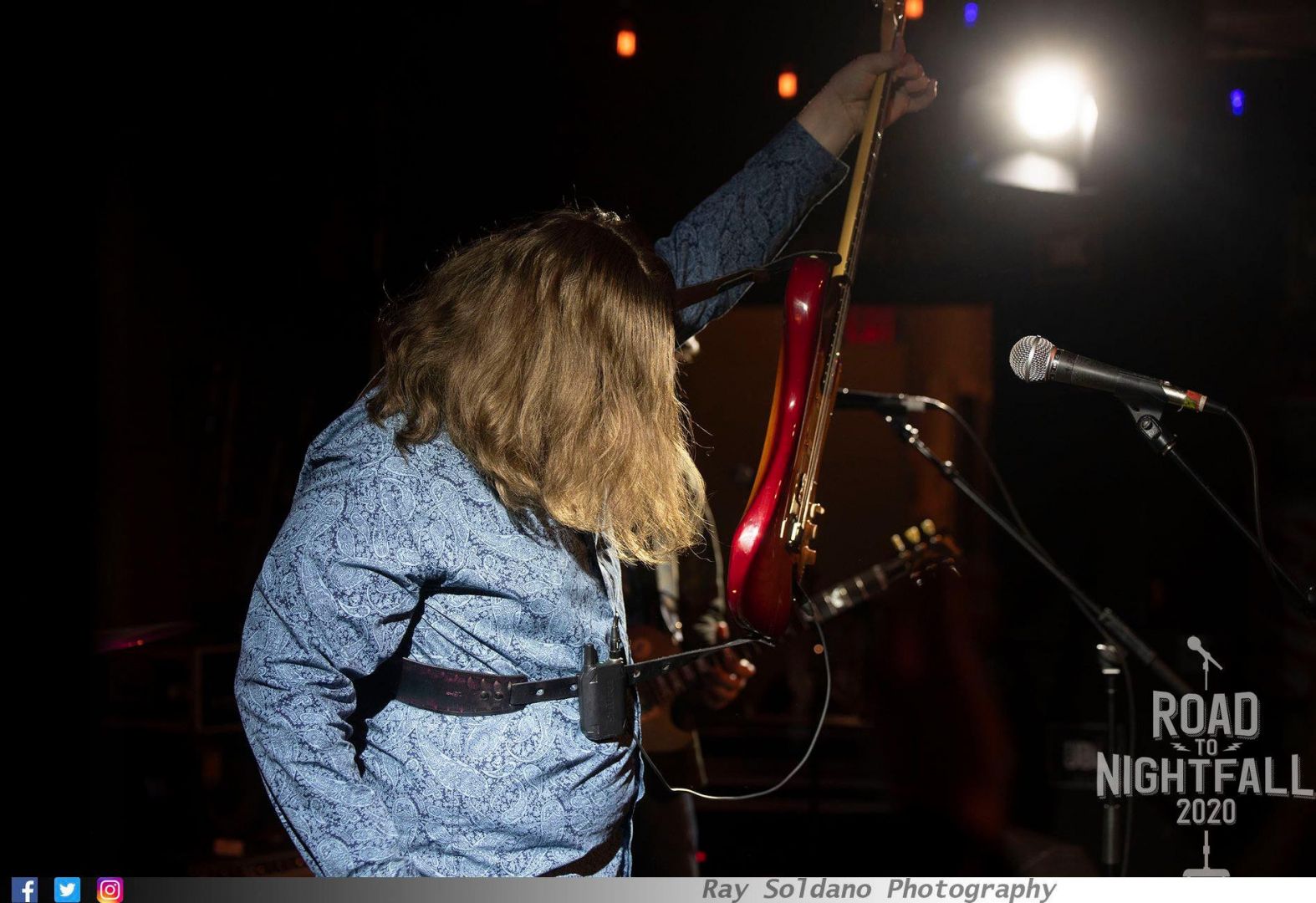 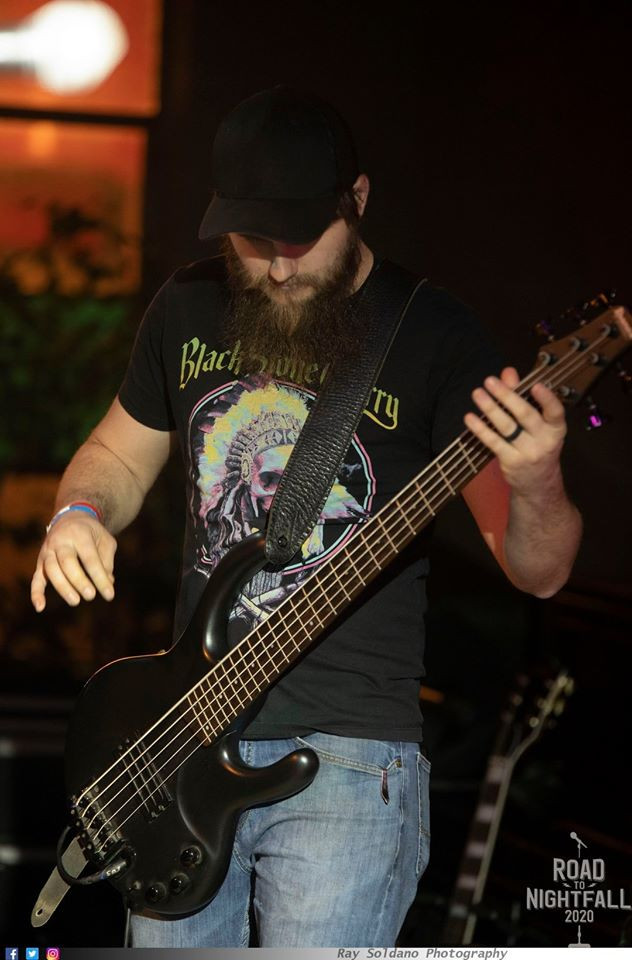 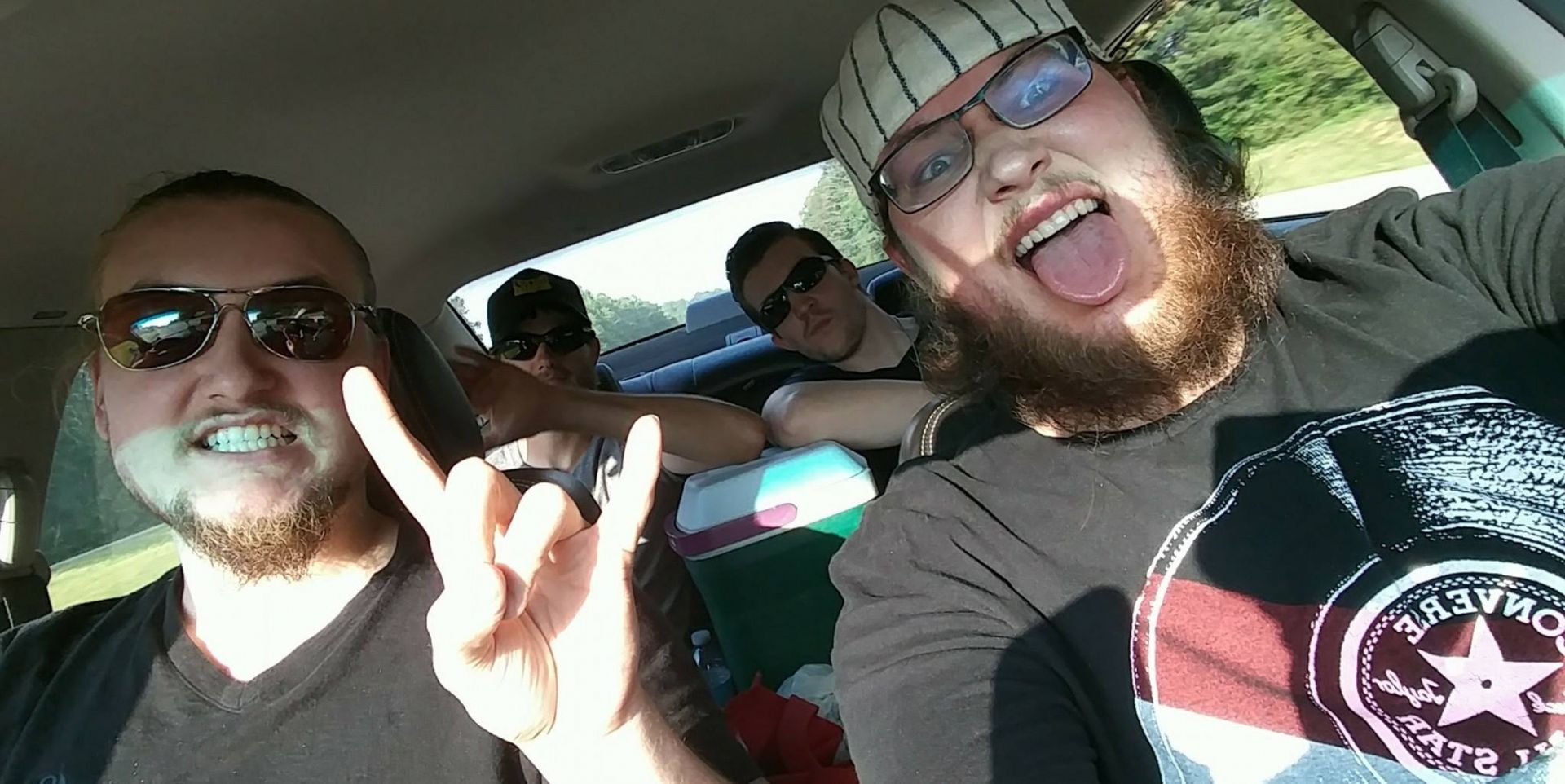 Shoutout is all about shouting out others who you feel deserve additional recognition and exposure. Who would you like to shoutout?
For Greg and Seth we really have to start right at home. Scott, their dad has been playing guitar and singing for the last 40+ years. So naturally they were drawn to music from the start. A number of their family members (Grandpa, Uncles, Cousins) have all played and it really has molded the individual style that they both represent. Caleb has an extensive background in blues and metal. Like most guitarist, he was drawn to the different tones and sounds that a guitar can create so it was love at first strum. By far Caleb is one of the most versatile guitar players around. He is well versed in Rock, Blues, Metal, Country, and Folk. His ability to improvise, is one of the biggest assets he brings to the group. Nathaniel, has a style all on his own. He is a collaboration of Cliff Burton, Victor Wooten, Flea, and John Entwistle. He is the 1st cousin of Greg and Seth, so some of their early influences are the same. Nathaniel plays the bass more like one would play a guitar, but has the ability to tone back and keep it simple and effective. He is probably the most natural musician in the whole group, he has God-Given ears to be able to hear things that most can’t. We wouldn’t be the band we are without him.