We had the good fortune of connecting with Chase O’ Grady & Jack Roldan and we’ve shared our conversation below.

Hi Chase & Jack, what’s the most important lesson your business/career has taught you?
Staying true to yourself. Throughout the years there’s inevitably been a ton of pressure to stay in the know and keep up with the trends of the food world, but there’s also a lot of pressure from your city (obviously) to cater to. When we started there weren’t a lot of plant based options where we’re at, let alone places that were doing more than sandwiches and pub style grub. A lot of people here in the city think Milwaukee is super progressive, but in all actuality—and no offense—it’s really sort of stagnant. And we wanted to bring and share something very different here. When we started to vocalize what we were doing we got a lot of people who supported our mission, but there were also folks who told us we would need to be more of an omni spot in order to sustain. So when we started to take off as an all plant based pop up emphasizing in more foreign foods, we were excited. 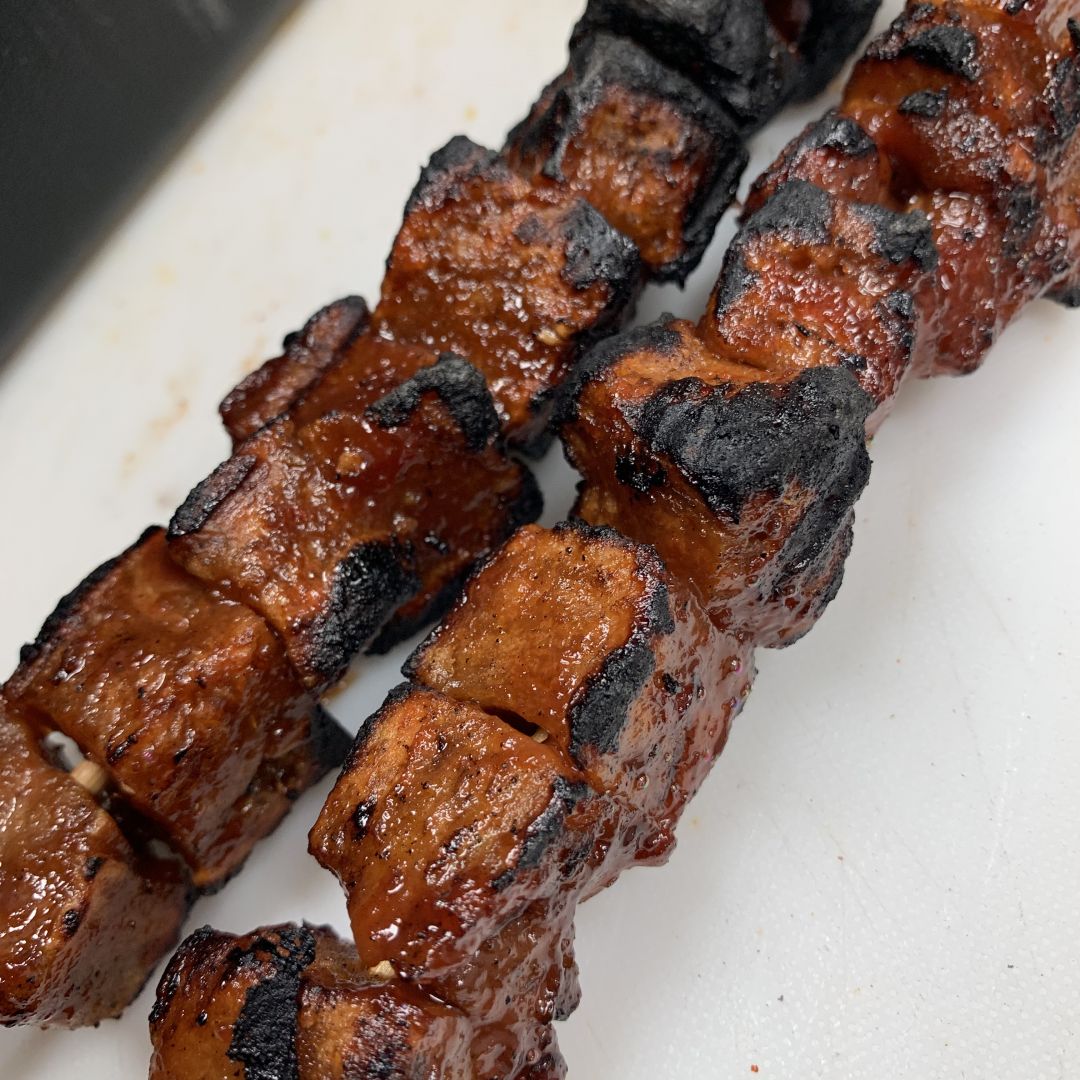 Alright, so let’s move onto what keeps you busy professionally?
We are a 100% plant based food truck. We emphasize in all of our foreign childhood comfort foods, based heavily on Latin and Filipino cuisine. And no, it was not (and still is not) easy.

We are based in Wisconsin, a.k.a. America’s Dairyland, which you can maybe imagine how receptive the more traditional folks of this state can be. Our culinary backgrounds stem primarily from both of us being first generations. Chase’s mother being from The Philippines and Jack’s father being from Mexico.

When we starting dating we quickly came to realize that the plant based options in Wisconsin were scarce. Because we both grew up in extremely multicultural families, we had also come from a world of cuisine unfamiliar to much of the city. This resulted in us making almost every meal together, from scratch, and a lot of times from memory. And having to adapt from meat heavy foreign foods, to vegan substitutes, we spent most of our time in the kitchen. There was a day we sort of joked about starting a pop up, and after a few more months of making jokes we decided to just go for it.

We worked hard to get ourselves out there. We made event pages, did the social media thing, and even put up hand drawn flyers. After our second pop up and a write up by Milwaukee Record, we really took off. Our once a month pop ups quickly turned into regular weekly happenings and events in various locations. We initially operated as a Pay What You Can, offering a sliding scale price range for anybody and everybody, no one turned away for lack of funds. This was our way of spreading plant based awareness and accessibility. Not to mention attempting to erase the stigma of vegan food being all sticks, twigs and salt. Our menu is always rotating, starting with one item in the beginning, to the sometimes 15-20 item menus we do now. We do everything from huaraches to ramen to faux meat skewers, putting unorthodox twists on foods we loved to eat growing up. And everything we do is from scratch— meats, cheese, sauce, noodles, tortillas—with the exception of sandwich bread when our menu relies heavily on that sort of thing. Within the first two years we did over 100 different items, all on folding tables, grills and table fryers. It was awesome!

We both worked full time jobs for the first couple of years, so when we started to get busy it was truly exhausting. Chase eventually quit his daytime job, while Jack remained a late night bartender at music venues in the city. After three years of configuring set ups in different spots, creating new menus, and figuring out how to maximize our marketing strategies, we moved from tent and tables to a full blown food truck. 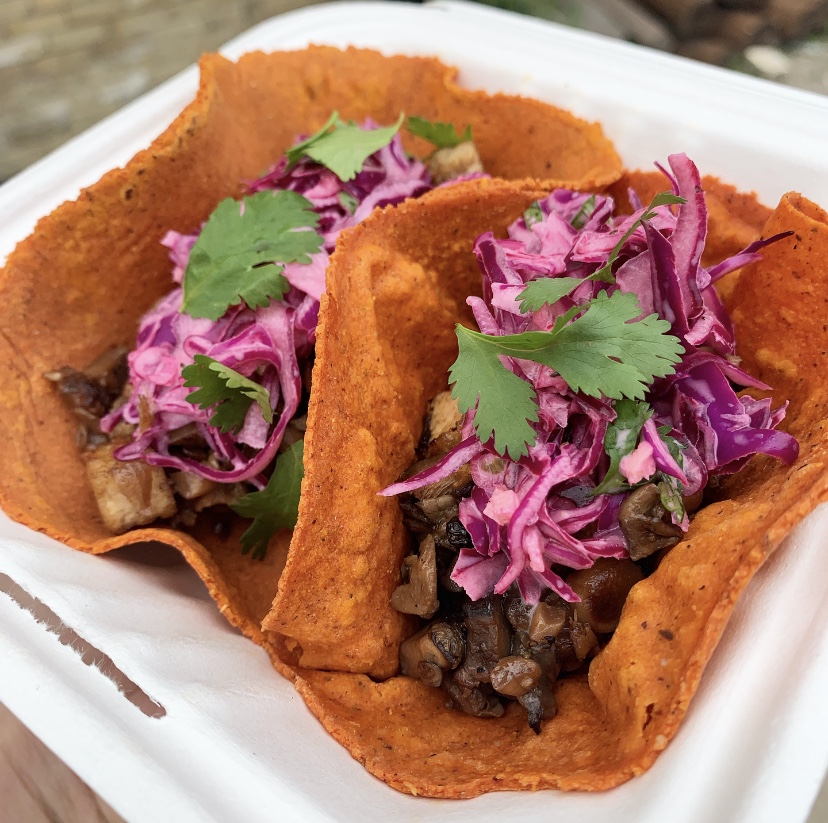 Any places to eat or things to do that you can share with our readers? If they have a friend visiting town, what are some spots they could take them to?
With us still being very weary of the pandemic, we would probably keep it pretty outdoorsy. We would have to hit up Ruby’s Bagels for breakfast. She honestly makes the best bagels we’ve ever had in our entire lives, and we always ALWAYS share her gifts with folks who haven’t had the luxury. She’s located in the Walkers Point area at Zocalo Food Park along with another one of our favorite spots, Mazorca Tacos. Every tortilla is pressed to order, the people are wonderful and the owner, Jesus is constantly showing out for the community. The food park is the first of its kind in Milwaukee and caters to those wanting to dine inside and outdoors. It’s also a dog friendly spot, which we are always heavily sueded by.

As far as drinks go The Mothership and Cactus Club, both located in the near by Bay View area, are our go to spots. The Mothership specializes in craft cocktails unlike any other in the city. From their new obscure inventions to the perfected classics, this place is a must for good drinks and outstanding people. Down the street you’ll find The Cactus Club, an artist run Bar, venue and community space, showcasing diverse music/performing arts talents on a local and national level. The space offers an array of drink options from kombucha to nitro cold brew all locally sourced and on tap.

For hangs, Boone & Crockett is a great time. They have the largest outdoor patio and seating in the city, right on the Kinnickinnic River that leads out into Lake Michigan. The patio is also home to a few food trucks. Taco Moto being the little brother of the Boone space, slinging “unapologetically unauthentic” tacos by Mitchell Ciohon. We are located on site as well “tricking adults into eating their vegetables,” as we so often do. You’ll also find Brew City Kayak on site, giving you the chance to hit the water alone, with a group or on a guided tour. They also host a full moon guided tour on the water during every night of a— you guessed it—full moon, which is amazing. With Boone & Crockett dualing as a bar and event space, it’s also a great spot to catch a show after a kayak trip and a hot meal with drink in hand. 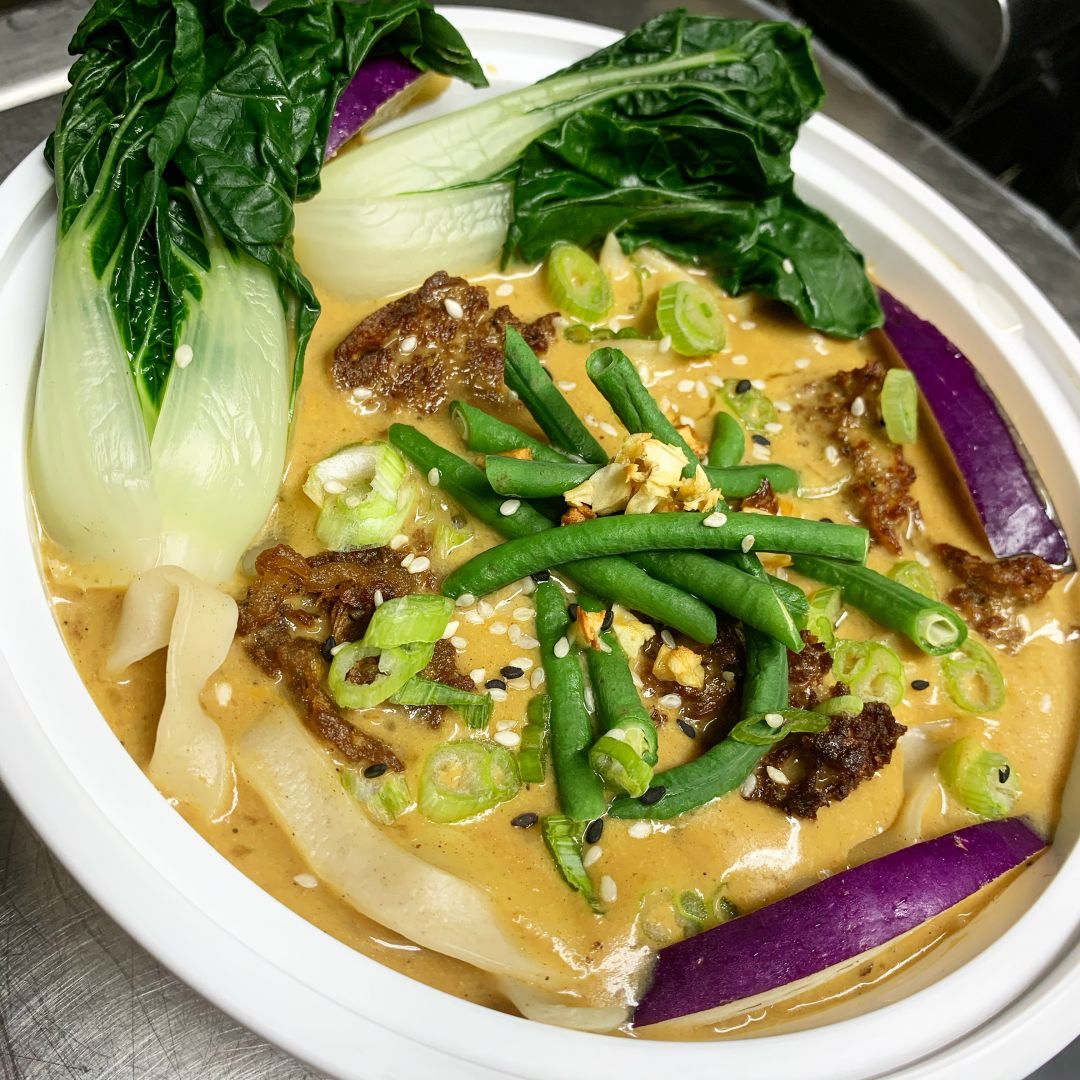 Shoutout is all about shouting out others who you feel deserve additional recognition and exposure. Who would you like to shoutout?
Our entire business is built upon the love of our cultures and the people who kept that alive for us. Chase’s mother, Maya, is our biggest support system and his greatest food influence.