We had the good fortune of connecting with Ariel Kaplan and we’ve shared our conversation below.

Hi Ariel, what is the most important factor behind your success?
I think behind every successful brand exists a cohesiveness in both appearance and message. I feel like Karen and I have been pretty successful in creating that sort of cohesive momentum within our brand, Fire City Comedy.
Luckily for us, the message is pretty straight forward.

It’s a comedy show and if you like comedy, you should probably check us out.
It certainly doesn’t hurt that I have a decent background in graphic design, so rather than outsourcing and attempted to explain our vision to a third party, I have the ability to control and create our visual output.

When initially creating the image for our company, I wanted to incorporate something that was representative of both Atlanta and our comedy scene.
I’ve always found it fascinating that the city has burned down twice and been rebuilt twice (though why neither of those times was a grid system, I’ll never understand.) Both the city and it’s comedy scene continues to constantly be reborn and redefined, so borrowing the image of the phoenix seemed extremely fitting. 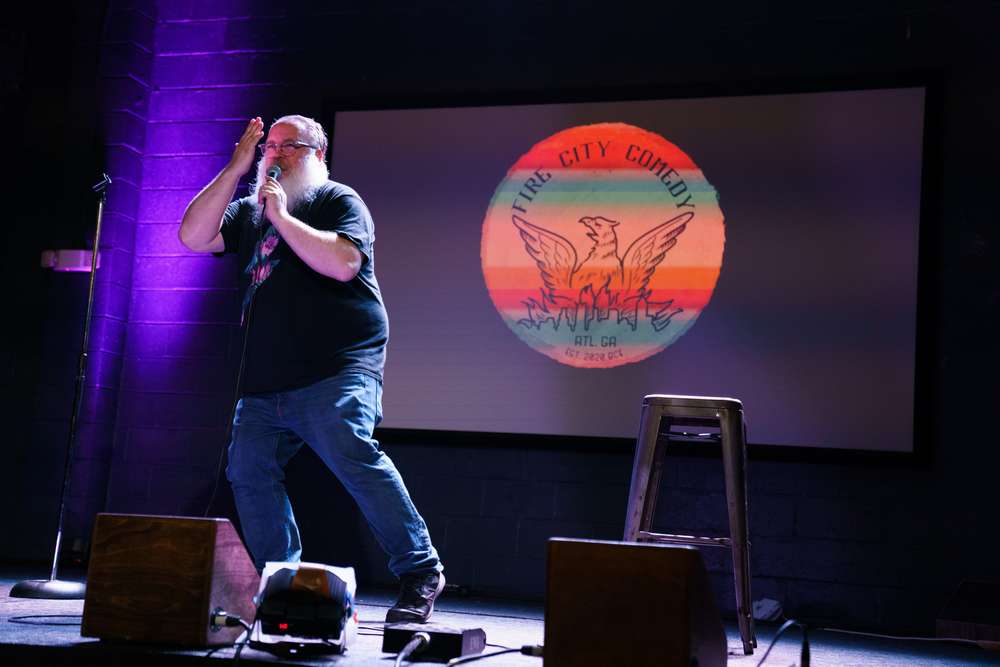 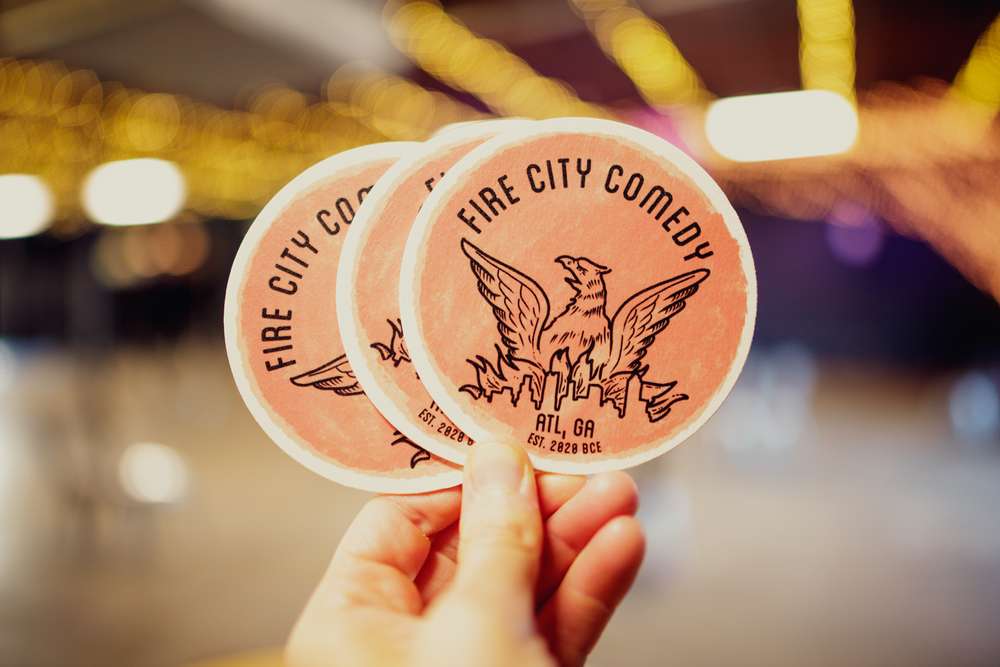 Can you open up a bit about your work and career? We’re big fans and we’d love for our community to learn more about your work.
As a comedian and a member of the Film Industry, I’ve unfortunately chosen two pursuits that have no real “set” or “traditional” path for predetermined success. While there are classes and institutions that teach both the art of film and comedy, neither guaranteed me entry into either of these tight-knit, heavily male-dominated communities.

There’s no degree or certificate that I could’ve shoved in some gate-keepers face and said, “Look, I did the thing, now let me in.” Instead, being accepted into either world has been a journey rife with a series of often embarrassingly public blunders that I’ve had to force myself to reframe as “humbling learning opportunities” rather than “disheartening, soul-crushing humiliations.”

I’ve also learned that while there is no such thing as “luck” involved in either of these realms, (just hard work and a sort of desperate grasping at every vague opportunity in an attempt to create your own serendipity), there are most definitely overt advantages and disadvantages an individual can have over another.

I’ve both experienced and witnessed my fair share and can say in full earnest, and without surprising a single soul reading this, both film and comedy have a serious problem with equality.

There is a tendency in both worlds, to bury diverse and different voices, or to force them to alter their message in the name of greater accessibility. And it’s frustrating, to say the least.

So, as a very very small step in the right direction, I created Fire City Comedy with my partner, Karen, to ensure that there was, both figuratively and literally, a spotlight and a stage for these voices and stories. To give them the audience they deserve and to honestly, sort of trick people into listening through laughter.
Comedy is a great equalizer. It truly heightens peoples ability to empathize and sympathize with a wider variety of people that they might be otherwise be reticent or unable to connect with.

All that being said, we’re not disillusioned about what this show is. It’s a comedy show, not some sort of benevolent charity. And In the end, most of the jokes told up there will still be described as charmingly “lowbrow”- we’re just trying to bring an undercurrent of consciousness to all those fart jokes, you know? 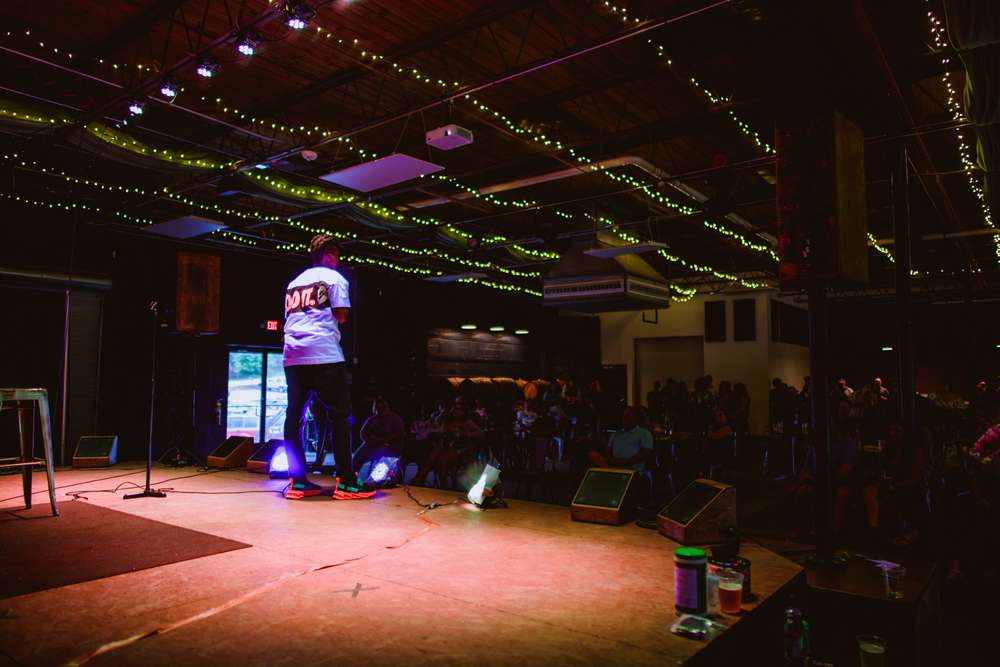 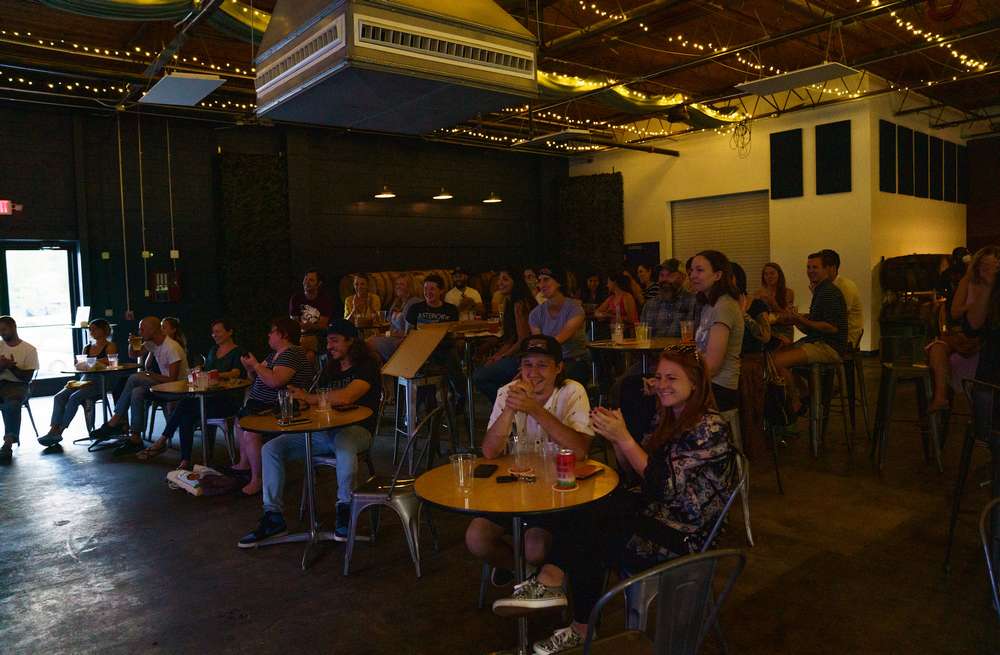 Let’s say your best friend was visiting the area and you wanted to show them the best time ever. Where would you take them? Give us a little itinerary – say it was a week long trip, where would you eat, drink, visit, hang out, etc.
I would definitely love to take them to some of the lesser-known spots, especially those along the amazing cultural mecca that is Buford Highway: Masterpiece, Kang Nam, Pho Dai Loi, Canton House, Han Il Kwan and of course, the Buford Highway Farmers Market itself. (I’d also find a way to cram in the Dekalb Farmer’s Market as well.)

I’d take them along the Beltline, of course, and focus on the West End where I live and the awesome institutions in that area like Wild Heaven and Monday Night Brewery, ASW and Best End. Force them to climb some rocks over at The Overlook (once we’re nice and full of beer and whiskey, of course.)

I’d take them to the ever-creepy Dolls Head Trail in Constitution Lakes Park because I’ll never not enjoy people’s initial reaction to that place. Try and catch any film over at Midtown Arts Cinema or at The Starlight Drive-In. An improv show at Dad’s Garage and of course, any comedy shows around town. (Including ours, of course.) Visit The Fernbank Museum (because it’s frozen in time and truly wonderful) and catch a plantarium show over at the nearby Science Center. And of course, The High Museum. 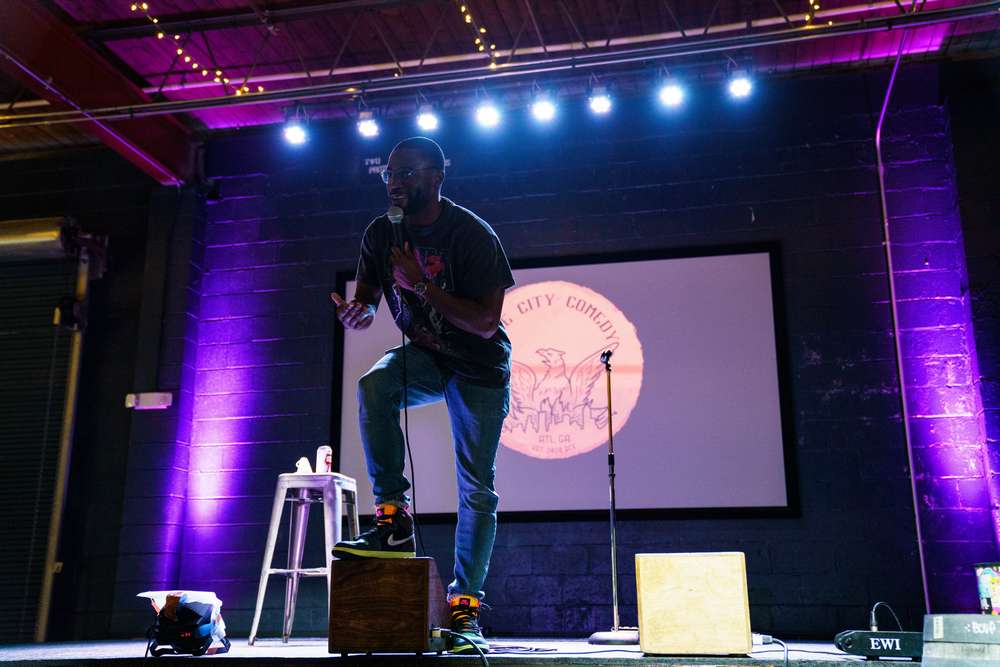 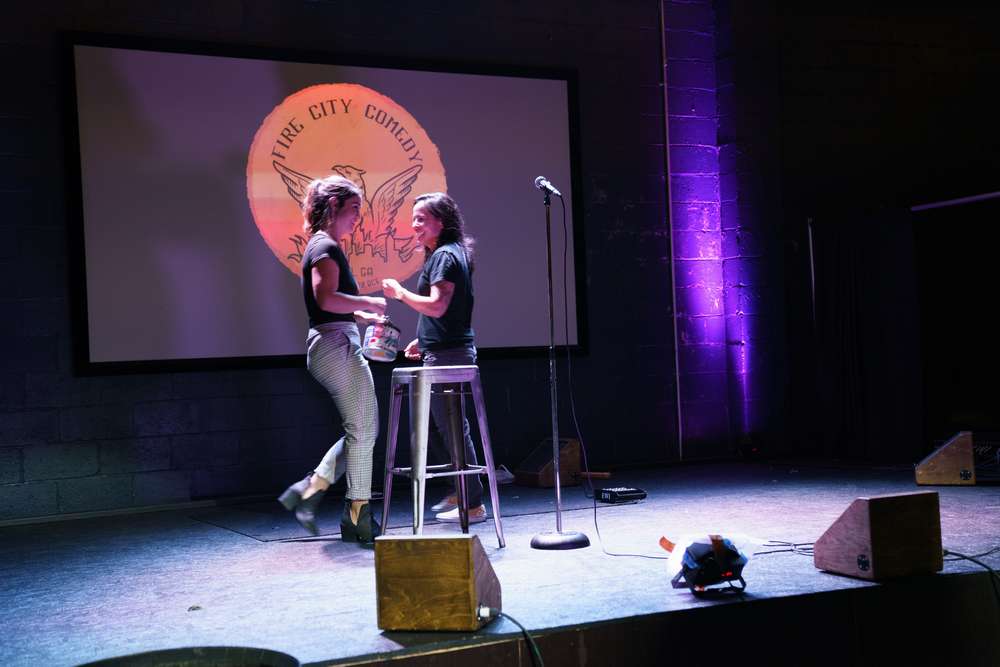 The Shoutout series is all about recognizing that our success and where we are in life is at least somewhat thanks to the efforts, support, mentorship, love and encouragement of others. So is there someone that you want to dedicate your shoutout to?
Fire City Comedy as both a show and a brand has been a surprisingly massive undertaking and one that I would’ve never been able to do without my close friend and co-producer, Karen Felix.

I wouldn’t have had the courage to even begin this intense comedic journey if it weren’t for the teachings and the support of the very talented, Lace Larabee.
And I’m forever grateful to my wonderful uncle, Dean Backer, who helped me
with my initial entry into the Film Industry.

And my family as whole, who have always stressed the importance of laughter and the power of a good sense of humor. 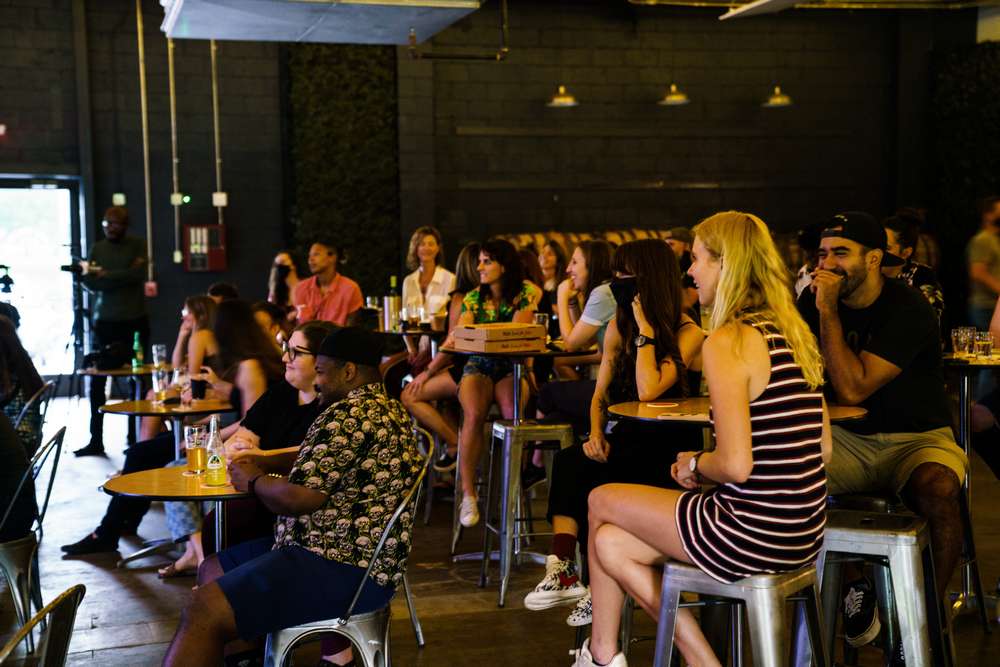 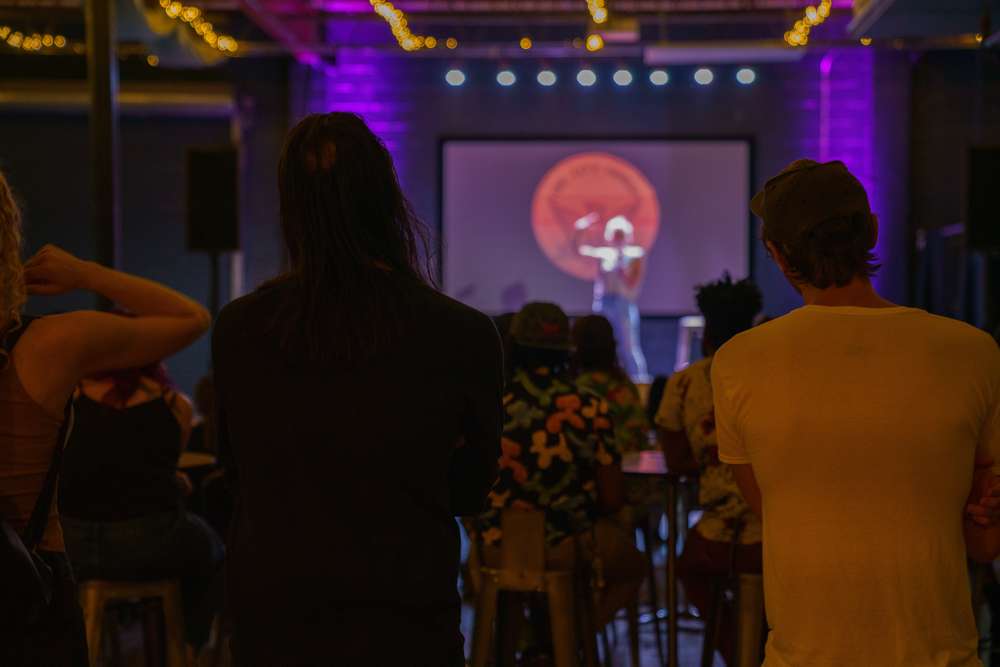