We had the good fortune of connecting with Amanda Phelps and we’ve shared our conversation below.

Hi Amanda, can you tell us about a book that has had a meaningful impact on you?
The Autobiography of Malcolm X changed every part of my entire being. It has made me a better woman, a better person, and a better creative. I have always adored telling stories. Whether I am recounting a funny anecdote to a friend or putting my visions together on film, storytelling has always been the central theme of my life. Learning and reading about a person, whom I now consider to be one of my heroes, has shaped the way that I desire to write and direct. The black experience has always been undervalued in our country. People of color are usually depicted as less than or talented individuals with nothing to offer to the world unless they are making money for “the powers that be”. Mainstream media has been one of the most reliable sources for teaching non people of color what it wants the general public to know or believe of black people. Malcolm X was one of these individuals. As far back as I can remember, I was never taught about Malcom X. He was always pushed to the background of my educational experience. This was detrimental to my upbringing as a young black female in the south. I do not remember hearing the name Malcolm X until I was about 11 years old, and even then, it was in the context of one of my all time favorite 90s sitcoms-The Fresh Prince of Bel-Air. The mention of Minister Malcolm’s name a the time was just that; a mention. An afterthought for me. It didn’t interest me, at the time, to further explore who Malcolm X really was. I just accepted what I was taught or not taught about him, which then was very little. Through my own rabbit whole of research I have discovered that Malcolm X was a revolutionary. He was a visionary who wanted better for his people. He was not the hate monger he was made out to be. He was a loyal and dedicated person who was committed to whatever he believed in, right or wrong. The autobiography of Malcom X helped me get to know brother Malcolm as a person and not as a historically hateful figure. He taught me a lot about himself but he also taught me a lot about me. I view myself and my people so differently after having read his autobiography. Knowing the things that I know now about Malcolm and myself has shaped my artistic eye in ways I never even imagined would be possible. I have not watched films or television the same since. It has always been my desire to tell black stories in ways that highlight the true aspects of the black experience but after having read this book, I now desire to go beyond the surface of storytelling by speaking as fearlessly as Malcolm did. I desire to use my artistic eye to see things for what they truly are and capture those things in my writing and in my work on film. I desire to reveal to the world who black people are and where we have room to grow. I desire to use my gift to pour into my audience no matter where they are in their journey to learning the truth about who black people really are. My goal is to approach all of my work with intentionality and passion just as Malcolm did with an unapologetic stance as a black woman in a white man’s industry. 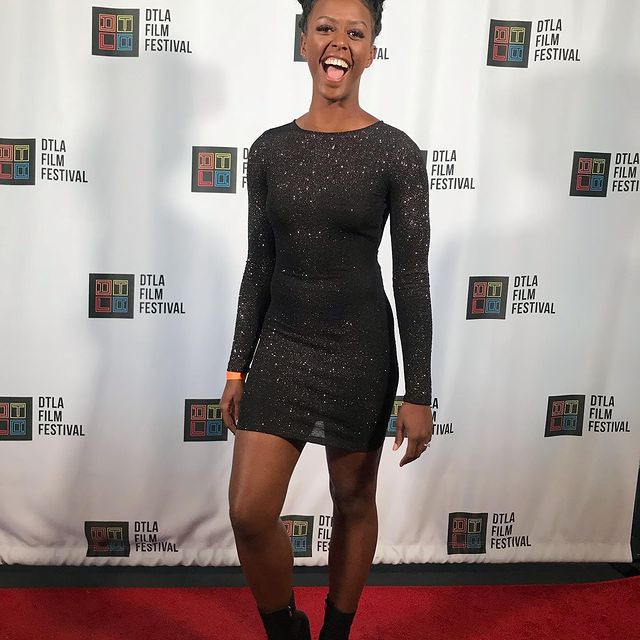 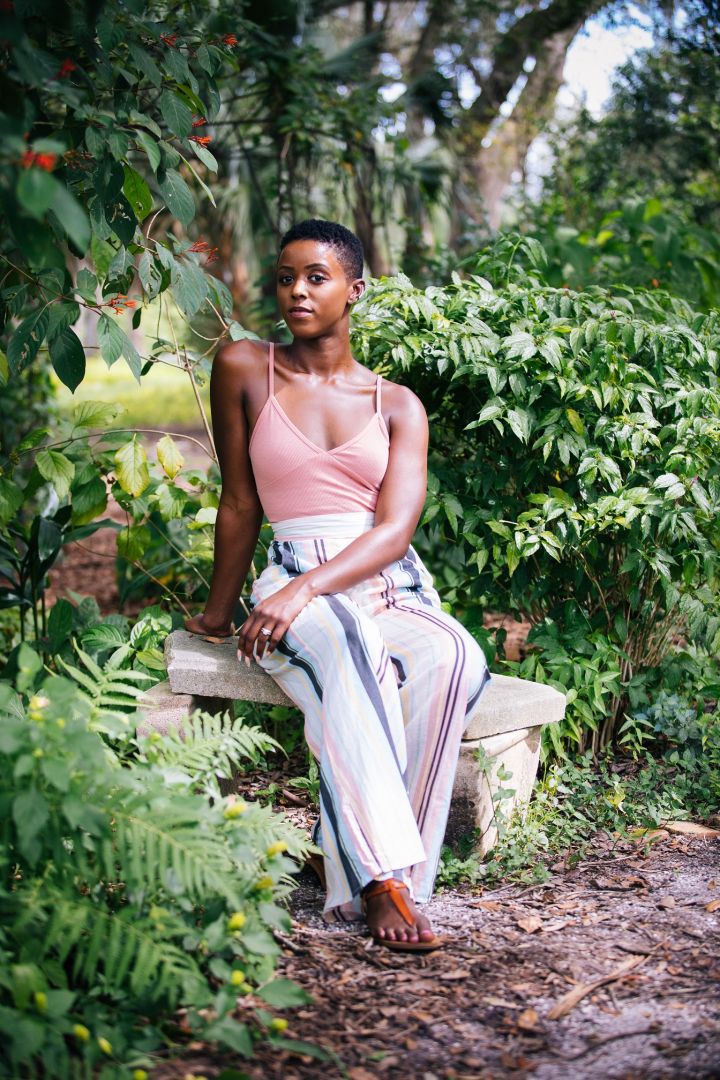 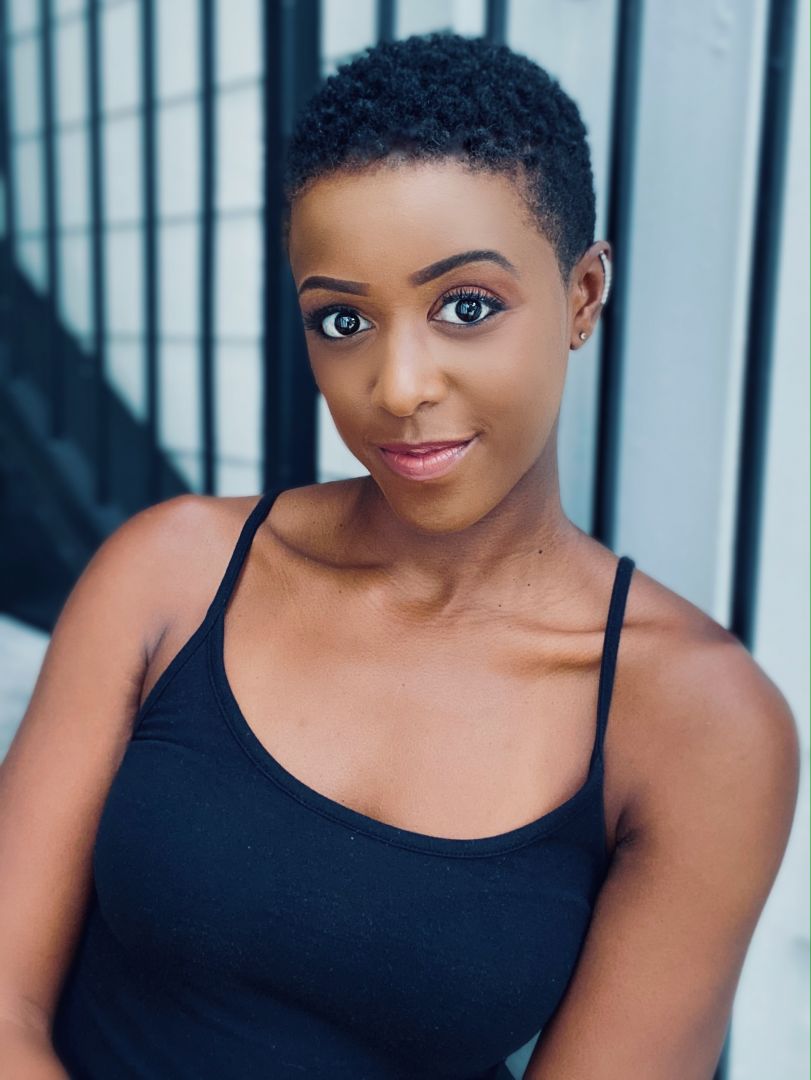 Let’s talk shop? Tell us more about your career, what can you share with our community?
I am a writer, director, and performer from Winston Salem, North Carolina. I began my artistic journey at the age of 3, twirling a baton. I later ventured into ballet, tap, and jazz dance which led me to perform in major theatrical productions in my hometown as a dancer and an actress. During this time, I also developed an interest in film after receiving my very first digital camera at the age of 16. I would create silly short films with my younger brother and friends in high school. This inspired me to study computer graphics and animation at Winston Salem State University in 2010. I later changed my major to Elementary Education for fear of not being able to be successful as a creative. After two years in the professional classroom setting, I left my job and went to New York City where I had the opportunity to audition for a role as a look-alike performer for the Walt Disney Company. I purchased a ball gown, tiara, and gloves in the Bronx for the audition. I initially went to the wrong building, unfortunately, making me late. When I arrived, the casting directors were impressed with my attire and decided to allow me to audition despite my tardiness. I was asked to stay back after sending the others who came to audition on their way to perform dance moves and read lines. I was hired on the spot and given a stipend to move to Orlando, Florida where I worked as a character performer and mover for Walt Disney World for four years. I also performed in local plays and shows in the area, including a show where I met an incredibly talented musical director who would later become my husband. As of late, I have been writing, directing and producing my own work of which I have won several awards for including film festivals in Los Angeles, California and Houston Texas. I am currently working on a series which I plan to produce myself.

I do not feel I have arrived where I ultimately am going to be. I am growing exponentially every day and I am so determined to reach my full potential and create at the highest level possible. This process has not been easy at all for me The thing that has kept me going is the desire to keep going. I take moments to regroup and rest but I do not stop. This is what I want and I am going to get it “by any means necessary”.

I have learned that the greatest of the greats are insane. But for good reason. That’s what it takes. You must be all consumed in what you believe in. You must love your work so much that you will do whatever it takes to bring it to fruition. You can’t let any self-conscious hold you back. You can’t let people and their opinions hold you back. Most importantly, you can’t let circumstances hold you back because there are going to be so many. They never stop. I am still facing so many circumstances as we speak, including fear. As my husband always says, “Fear is not a good enough reason not to do something”.

Let’s say your best friend was visiting the area and you wanted to show them the best time ever. Where would you take them? Give us a little itinerary – say it was a week long trip, where would you eat, drink, visit, hang out, etc.
I am from a very historical town. There are lots of opportunities for incredible history lessons. One of my favorite places to take visitors is The Civil Rights Museum in Greensboro, North Carolina. The museum used to be Woolworth’s. The same Woolworth’s where the Aggie Sit-in took place just down the street from North Carolina A&T. We would then go to Dame’s Chicken and Waffles; A black owned, local chicken joint. They have some of the best food in the area! I would also take them to Reboot in downtown Winston Salem. Reboot is an adult arcade with lots of vintage video games and video game themed drinks. I would also probably take them to Sweet Potatoes in downtown Winston Salem. Another black owned, local restaurant. They have great soul food with an artsy vibe. I would, of course, take them to my mother and father’s house for a few laughs, good conversation, and a good meal. We would definitely go to the farmer’s market on Saturday morning. I adore farmer’s markets. I am a strict eater so who and where my food comes from is very important to me. I would also take them to Old Salem to see historical houses and buildings that have been there since the 1700s. There is a church that has been preserved there that slaves used to attend. 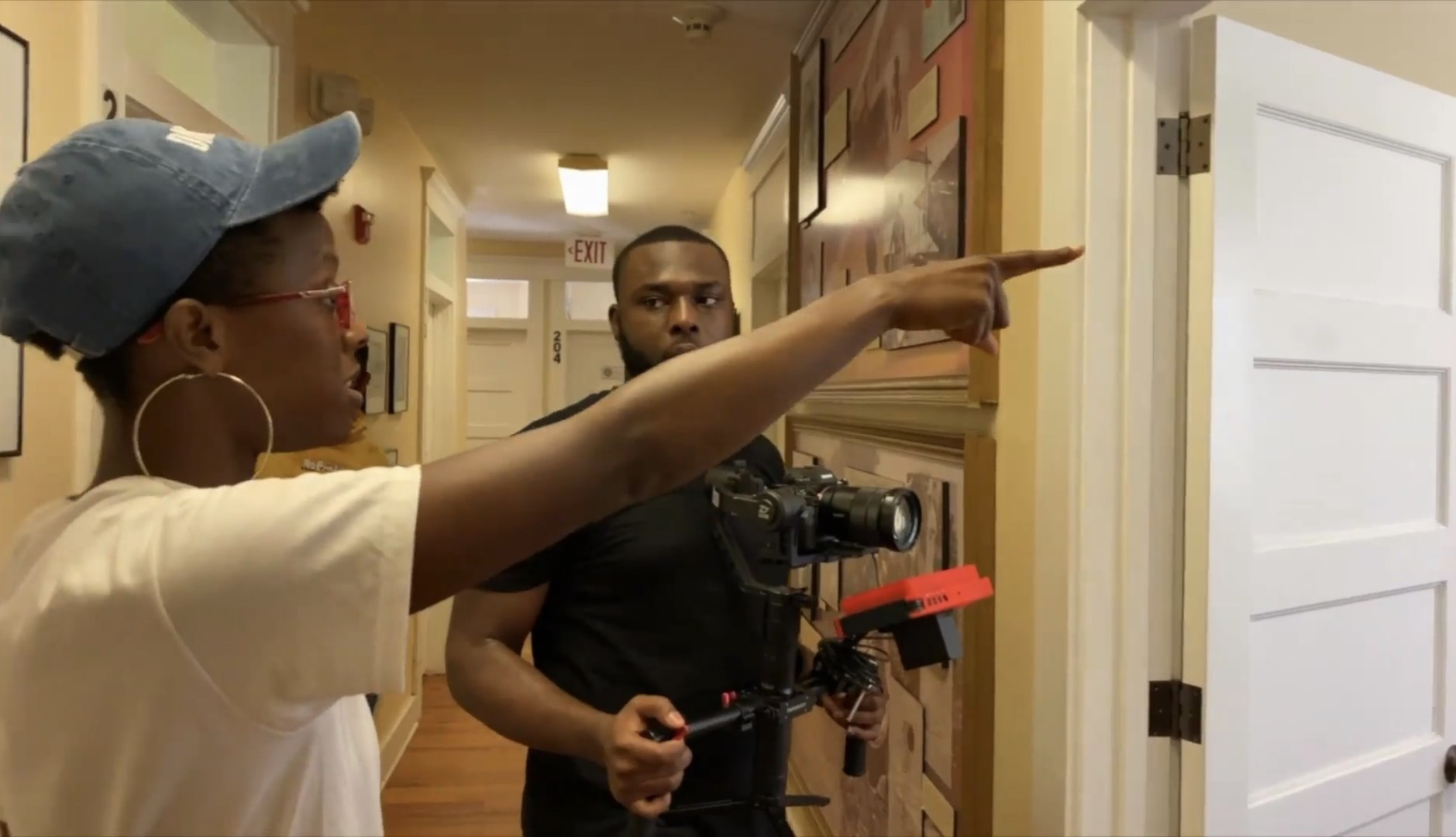 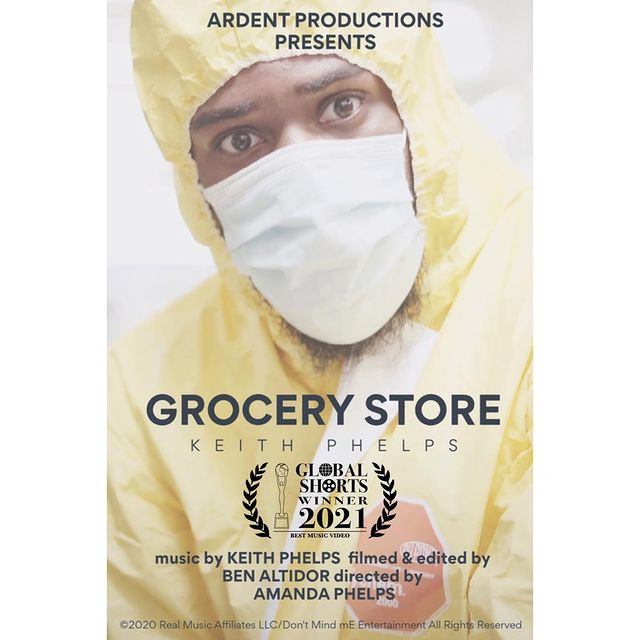 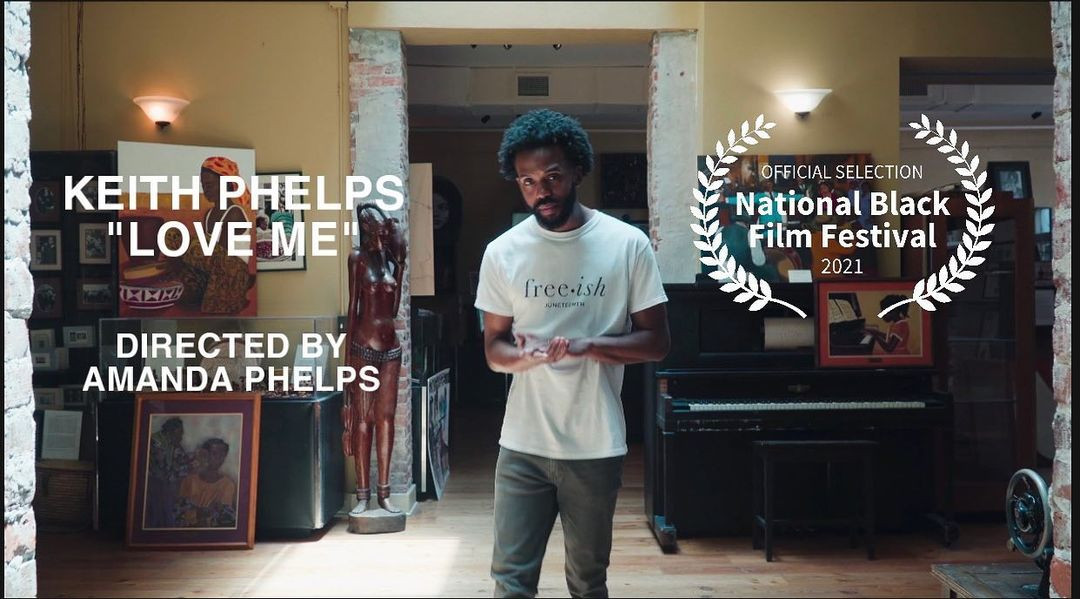 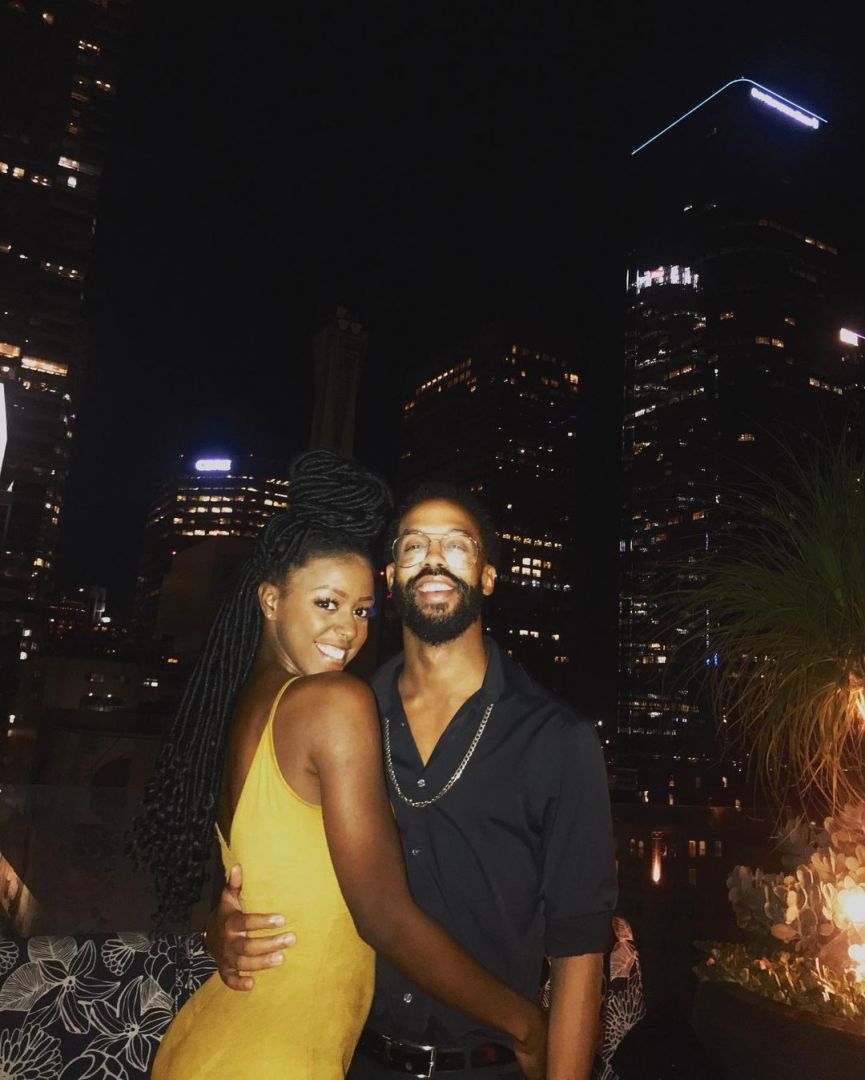 Who else deserves some credit and recognition?
I would like to give an incredibly huge and loving shoutout to my phenomenal husband, Keith Phelps. His thirst for purpose and greatness has pushed me far beyond my potential and encouraged me to become the woman I am blossoming into everyday. I want to thank him for his patience, his tough love, his gentle and nurturing ways and for his commitment to being a great person for himself so that he can be an incredible person for me. Thank you, Mr. Phelps. I love you far beyond any human understanding.